The summer holiday destination du jour as I was growing up, the island of Malta has managed to successfully hold onto its crown as a must-visit destination for people of all ages. Layered with history, ringed by golden beaches and populated by warm, welcoming locals, it’s no mystery why this group of islands – Malta, Comino and Gozo – is still a magnet for holidaymakers.

So we delved through the last minute holidays to Malta in search of a bargain late deal and jumped at the chance to revisit the delightful main isle and its quiet neighbour, Gozo. 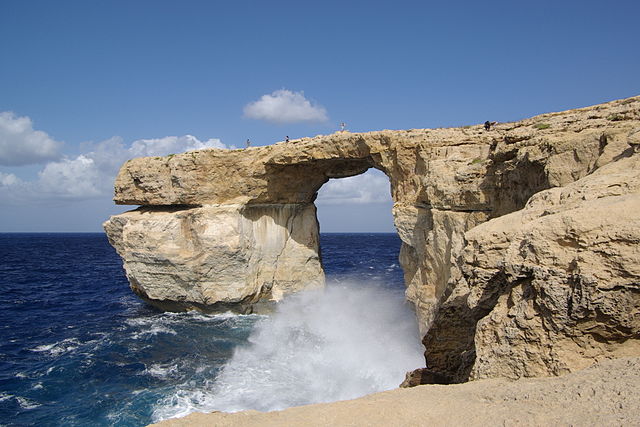 While some destinations fall out of favour with certain fickle travellers, Malta has consistently managed to lure holidaymakers, travellers and other adventurers thanks to its mix of beautiful sights, rich history and friendly locals.

Famous for its beaches and nightlife, we preferred to delve into the island’s more historical and cultural attractions. The National Museum of Fine Arts, which itself is housed in a building dating back to the 15th century, offered us a unique opportunity to learn more about Maltese arts and the evolution of the island’s culture.

The City of Valleta itself is a UNESCO World Heritage Site, and one of the most impressive buildings is the Grandmaster’s Palace, or as it’s now known, the Parliament building, offering visitors a lot to see both inside and out. Fans of music and theatre must head straight to Valletta’s Manoel Theatre, while the War Museum at Fort St. Elmo gives visitors a glimpse into Malta’s varied 7,000 year history.

“Ah, the great thing about Gozo,” said one of our fellow holidaymakers, “is that it’s quieter than you could imagine.” After beginning our adventure in Malta, we hopped on board to travel the 25 minute journey to nearby Gozo, which, while being a separate island, is still part of the nation of Malta.

Despite being so close, the islands are, quite literally, worlds apart in terms of look and culture. We were aware that Gozo was much more laid back and relaxed than Malta, even before our fellow passenger mentioned it. The island is renowned for being much more rugged and untouched than Malta, and with a substantially smaller population of 31,000 (the current Maltese population is around 402,000) it’s much less crowded.

Stunning to visit and explore, Gozo is home to many beautiful churches, the largest of which is in Xewkija; finished in 1978, it boasts Europe’s third-largest unsupported Rotunda. Architectural wonders dominate Gozo’s towns and skyline, and it seems like the further in to the island’s centre you go, the more sites you will see.

Rabat, the capital of the island, is home to a stunning fortified Citadella, which can be seen clearly from every angle, and visitors can travel there using the island’s fast and reliable bus service. The bus service on Gozo is a relatively new addition to this tranquil island paradise; until very recently, the main form of transportation was the horse and cart, and because the take up of automotives has been a little slow, there are only five sets of traffic lights on the entire island! Seriously, if you can get a car and drive it around Gozo, do it, it’s an experience you’ll probably never be able to repeat.

As you might expect for such a small island, crime is relatively low on Gozo, and as such, it feels like an incredibly safe place to be. The locals, or Gozitans, as they like to be known are friendly and helpful, and thanks to the general lack of tourists in the region, you are spoilt for choice on what to do, such as cycle, shop, walk or people watch. However, Gozo doesn’t have as many beaches as Malta, so if you’re after a beach holiday, perhaps stay on the main island around hotspots like Golden Bay and Paradise Bay, which lies directly opposite Gozo.

There are many things to enjoy on Malta and Gozo, and while we weren’t up for some of the region’s more excessive activities, such as partying and sunbathing, our two-week trip enabled us to experience the best that both Malta and Gozo could offer.

Angela Harris is a professional linguist with a fondness for travel to unique destinations. She loves Russia and her favourite novel is Dostoevsky’s The Idiot.