Visiting historical sites in Mexico with your family is a great adventure, but is also fraught with risks — the risk of an all-out revolt by your little horrors not to waste their time with all “that boring old stuff” and head to amusement parks instead. Before you fly into Mexico and sign up for guided tours, you should draw up an itinerary that strikes a balance between historic and modern attractions. 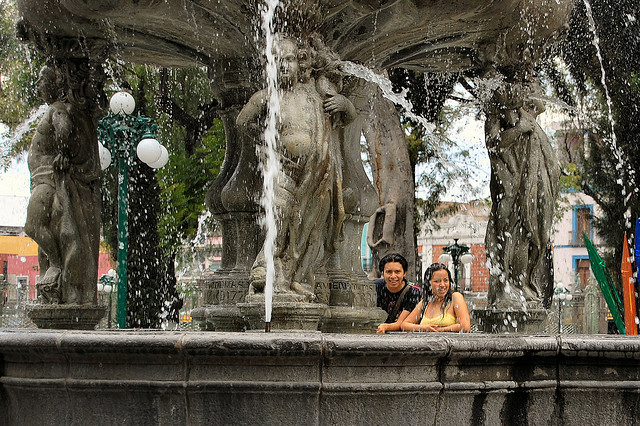 If once you land on Mexican soil off your flights to Mexico, you’re going to tour several historical sites be sure to include Puebla, one of the five most important Spanish colonial cities in the country. Situated southeast of Mexico City and to the west of Veracruz, Puebla was founded in 1531. Another UNESCO World Heritage Site, Puebla is nonetheless a young and lively city today, boasting a large student population, so there are attractions to please all ages.

Take your family to historic sites like the gorgeous Portal Hidalgo and Municipal Palace, in the heart of the old city, or the Chapel of the Rosario in the Church of Santo Domingo, which dates back to between 1650 and 1690 and is an architectural gem. On top of that, be sure to add a trip to the world’s smallest volcano, Cuexcomate, which may be inactive but allows young geologists to ascend into its crater with the aid of a spiral staircase.

Located in the Valley of Mexico, some 30 miles north east of today’s Mexico City, Teotihuacán is one of the most accessible pyramid sites to visit with young visitors. Before setting off, whet your family’s appetite with some facts about the site. Dating back to ca. 100 BC, this historical site was the largest known city in the pre-Columbian Americas and may have had a population of more than 125,000 people, at that time perhaps the sixth largest city on Earth.

Before you arrive, tempt your family with morsels about the Avenue of the Dead and the amazingly well-preserved multi-level dwellings that allow today’s visitors to imagine what pre-Columbian life was like and you’ll have a rapt audience at your hands when you get there.

Originally a Mayan city in the south of Mexico and founded in ca. 226 BC, Palenque’s fortunes peaked in the 7th century, after which the city gradually fell into decline. Situated in the heart of the jungle, this smaller but major historical Mexico site near the Usumacinta River in the State of Chiapas is ideal for families with older children.

Comprising some of the finest sculpture, architecture and bas-relief carvings ever discovered in Mexico, this Mayan city is less of a riddle to archaeologists, because enough hieroglyphic evidence survived to reconstruct the city’s history. This is a real Indiana Jones-type adventure, for only 10 percent of the city has been excavated so far, while the rest of Palenque still slumbers under jungle vegetation, waiting for a new generation of explorers to uncover its secrets.

Taking the family to these locations is a real experience and a chance to blend education with adventure. That’s always a chance that you should take.