Surfers come from all over the world to take on the challenge of riding the waves at Half Moon Bay, about 30 miles south of San Francisco on the Pacific Coast Highway.

But this looks pretty tame 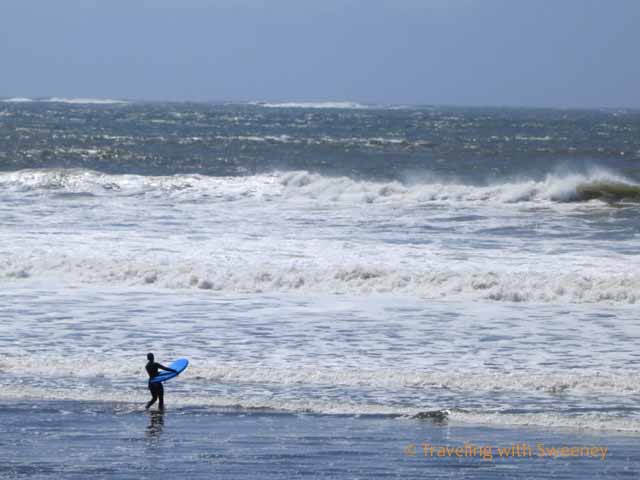 Surfer at Half Moon Bay

This surfer is heading into the water at one of several beaches along the coast in Half Moon Bay. As you can see, at Northern California beaches surfers wear wetsuits, not bikinis. The water is just too cold any time of year.

Just a couple of miles from where the photo was taken is Mavericks Beach at Pillar Point Harbor, a spot known for its giant waves and invitation-only annual surf contests attended by some of the best surfers in the world. Unfortunately, this year’s swells didn’t quite reach heights to warrant the contest, but high waves are the norm for Mavericks, especially in the winter. Last weekend, weather patterns had brought some big waves to Mavericks, so Mr. TWS and I headed out there to get a glimpse.

We weren’t alone watching the waves at Half Moon Bay

Professional photographers, vicarious surfers and ocean enthusiasts were situated on top of a bluff to maximize their views of the action. 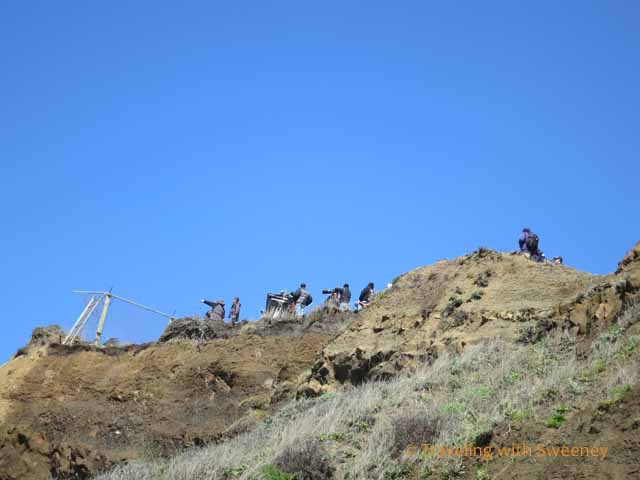 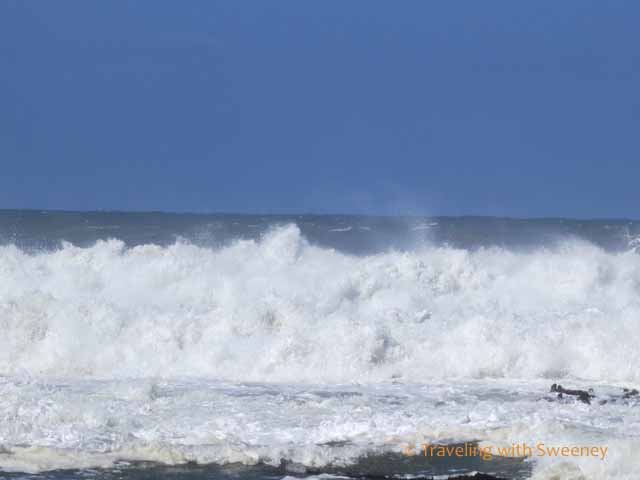 Although these waves were impressive, they were not close to being among those that were breaking at other times over the weekend or the 50 ft. waves seen in the past. In winter, 25 ft. wave faces are not that unusual. This year the swells and conditions didn’t meet the standard for holding the annual surf contest. But that’s a mighty high standard. 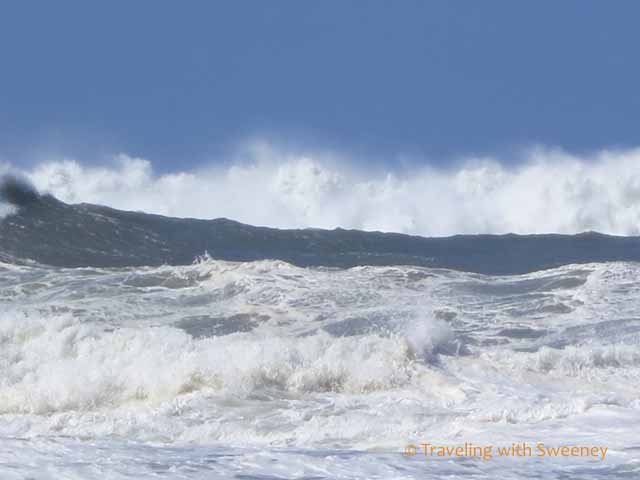 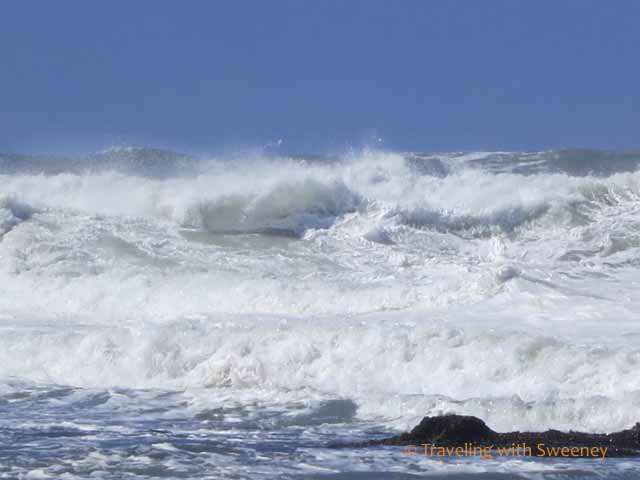 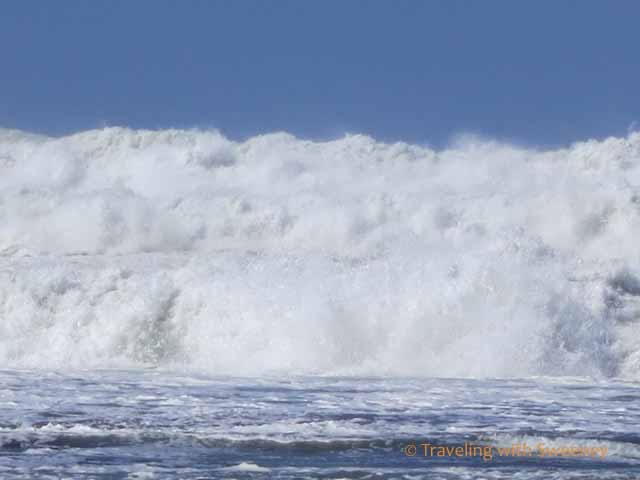 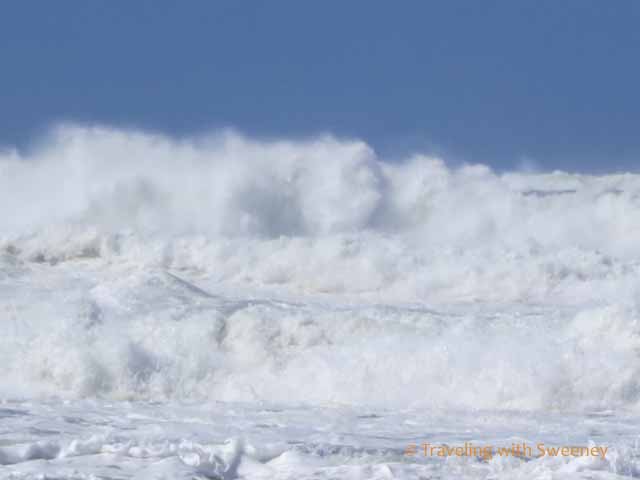 There is danger, even for experts

Sadly, there have been many accidents at Mavericks. There are a few hand-painted memorial signs on the beach, such as the one below. A recent tragedy was the death of Sion Milosky, an experienced surfer from Hawaii who drowned at Mavericks during last year’s surf contest on March 16, 2011. 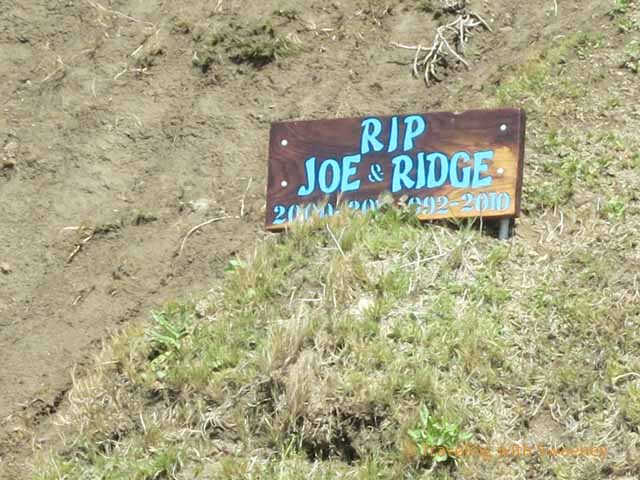 Before leaving, we decided to join the watchers at the top of the bluff. It was a fairly steep, but manageable climb from the beach. 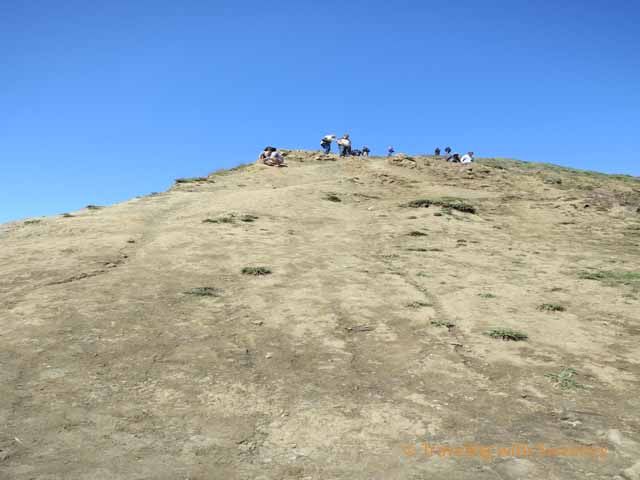 However, when we reached the top I realized that going down would be much more challenging and I was momentarily afraid that I’d have to be airlifted out of there. But encouraged by Mr. TWS and recognizing that people with bulky camera equipment and even small children go up and down this trail all day, I put on a brave face and made it back down on my own.

It’s always exhilarating and quite humbling to witness the power of the ocean up close. 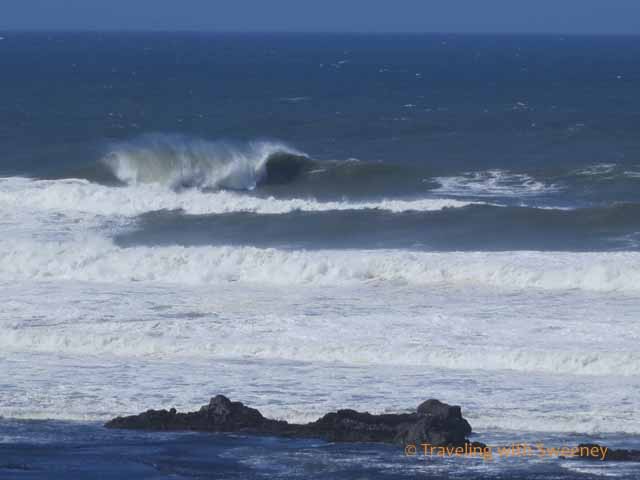 View from bluff at Mavericks

59 thoughts on “Braving the Waves at Half Moon Bay”