On March 15th, Hungarians observe a national holiday celebrating democracy and freedom. This date was chosen because it commemorates the first day of the Hungarian Revolution of 1848. As it happens with first visits to a location, Mr. TWS and I were not able to see and do everything we’d hoped in Budapest. However, we did see many of the symbols of Hungarian democracy and history. 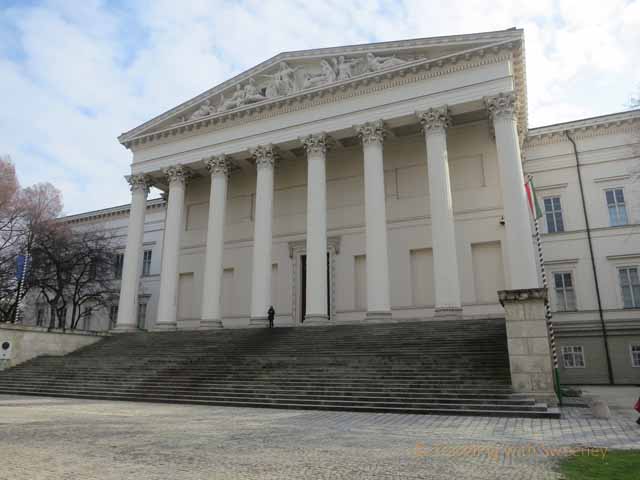 We saw preparations for this Hungarian national holiday, including school children placing small Hungarian flags (shown below) at key locations like the Hungarian National Museum . The National Museum, pictured at the top, was among the most notable sites of the mass demonstrations in Buda and Pest (the cities separated by the Danube that joined to form Budapest in 1873) that marked the “bloodless revolution” on March 15, 1848. The revolution led to the concession to demands (the 12 points of the revolution, which included an independent Hungarian government, army and bank as well as civil and religious equality) by the representatives of Austrian emperor Ferdinand I. The revolution was overthrown the following year when Emperor Franz Josef asked for help from the Russian Tsar Nicholas I, who marched Russian troops into Hungary, ending the revolution. However, the passive resistance of Hungary following the revolution led to an elevation of Hungary among Austrian nations and the formation of the Austro-Hungarian Empire in 1867. The Hungarian revolution led many other revolutions in 1848, including those in other Austrian-ruled countries and around the world. 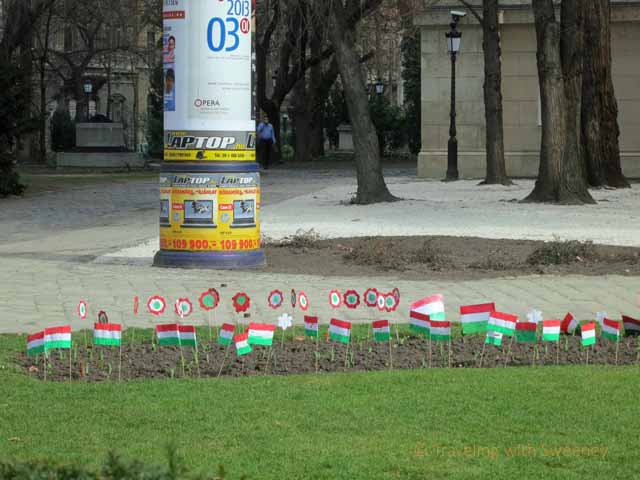 Flags in honor of March 15th, a Hungarian national holiday, at the National Museum

The museum was the center of many events after that night and is an important symbol of democracy for Hungarians. On Friday, among other events, speeches will be made from the top of the museum’s steps. Almost all businesses are closed and the Parliament Building and key museums are open without the usual fees. An activity I would have liked to have seen was a procession of Hussars (light cavalry adopted by other militaries but originating with Hungarians of the 17th century) from the Hungarian National Museum to the Royal Palace high on the hill on the Buda side of the Danube. But, by chance, we did get to see a group of Hungarian school children on a field trip marching down the street near the National Museum in their Hussar hats.

Of the many beautiful buildings in Budapest the Hungarian Parliament Building is one of the most stunning while it embodies and symbolizes democracy. 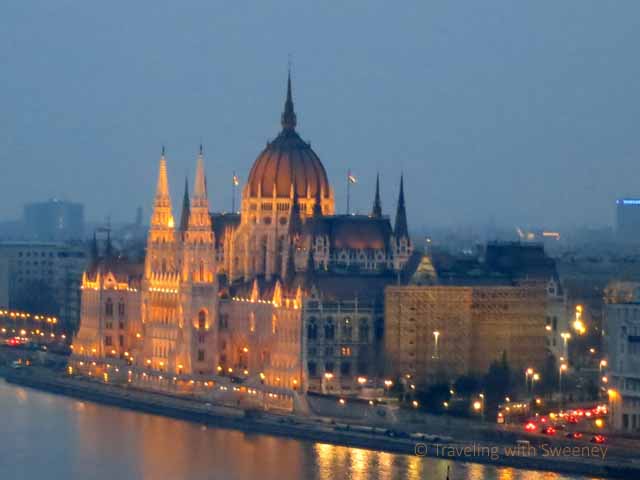 It is the third largest Parliament building in the world and the largest in Europe and is modeled after the Parliament building in London. It is also one of the most ornate buildings and holds the Crown of Saint Stephen displayed prominently and guarded beneath the main dome. It was built between 1885 and 1904 and inaugurated during the celebration of Hungary’s 1000th anniversary in 1896. 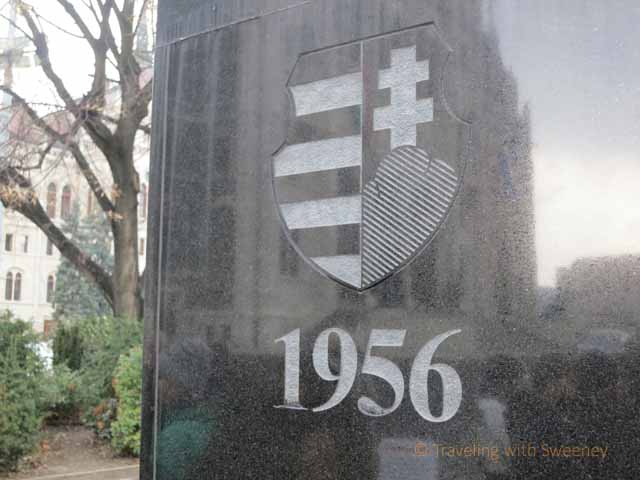 Visiting Budapest brought its history alive. We were impressed with the sense of pride and patriotism of the people we encountered. The other key revolt was in 1956 against the Russians and there are many memorials commemorating the revolt and heroic Hungarians that died. It also has its own national holiday on October 23rd. 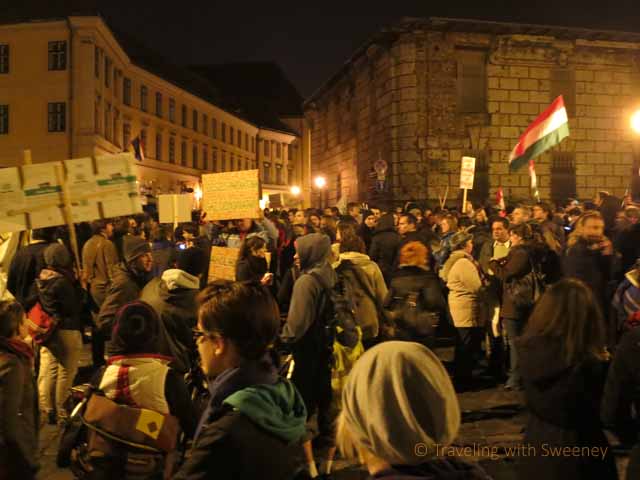 We were also able to be part of history in the making. Hungary has been very much in the news with opposition to constitutional changes proposed by the Fidesz party (Hungarian ruling party) and approved by the Hungarian Parliament. We observed a large pro-democracy protest on Monday March 11, 2013 to urge the Prime Minister to veto the changes. The protest was peaceful but energetic as men, women and children gathered to protest the changes that many see as a restriction of democracy.

To our Hungarian friends, we toast you on this Hungarian national holiday!