Over the rooftops of Chinatown atop Telegraph Hill is Coit Tower, an iconic landmark of San Francisco. The tower was built in 1933 in honor of Lillie Hitchcock Coit and dedicated to San Francisco firefighters. 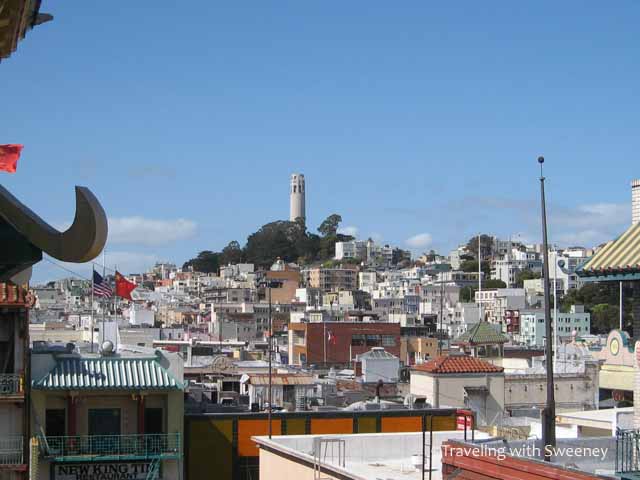 A very colorful character, Lillie was an avid supporter of the fire department during her life. At 15 years old, she actually helped the Knickerbocker Engine Company No. 5 battle a blaze. While walking home from school she saw the engine company in action with a shortage of manpower. You can read more about Lillie and her participation that day in this piece at the Virtual Museum of the City of San Francisco. 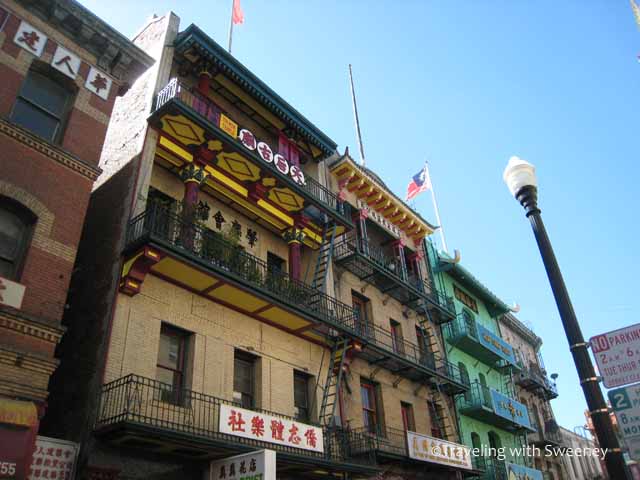 I took the photo of the tower from the balcony (top floor building on the left, painted yellow and red) of the oldest Taoist temple in the United States, Tien Hou, at 125 Waverly Place while on a walking tour of Chinatown. 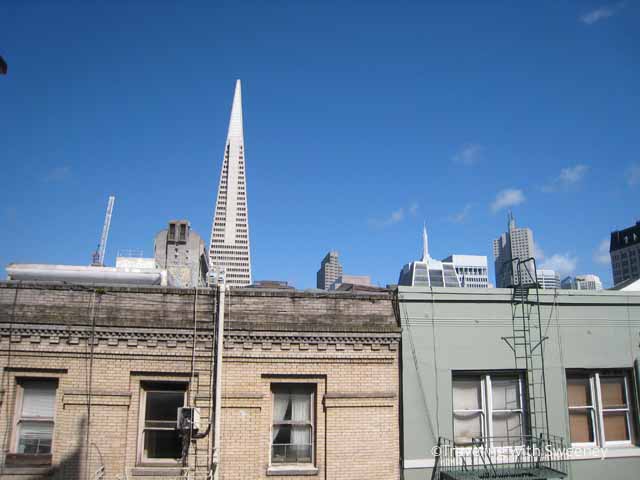 For a different perspective, I shot this photo from the center of the temple’s balcony. I was struck by the distinct contrast between the Transamerica Pyramid building and other skyscrapers built in recent decades to the old world of Chinatown here on the painted balcony of Tien Hou.

27 thoughts on “The View from Tien Hou”

Becoming part of the art in Stillwater, Minnesota.

The Golden Gate Bridge beyond the rooftops of San

The satisfied look of a man tasting wines at @maur

The cloud cover lifted and we got this gorgeous af

Cold and windy at the Golden Gate Bridge today, bu

Good morning from San Francisco. Back in the Bay A