I don’t know. I’m looking at the view at AT&T Park.

A Day at the Ballpark in San Francisco 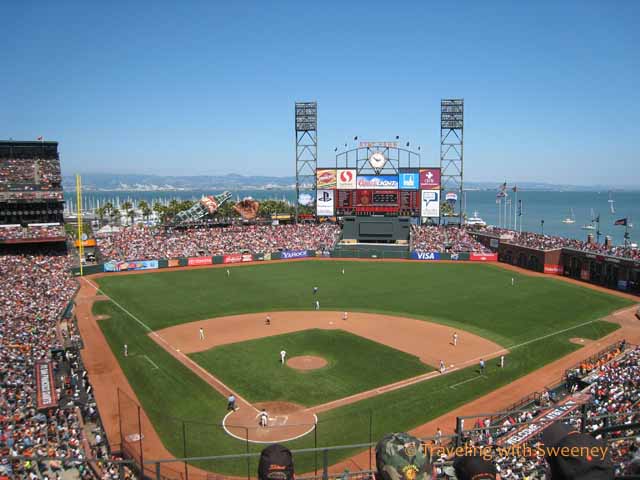 Fantastic views at the ballpark in San Francisco

Whether you’re a local or a visitor from out of town, you should think about taking in a San Francisco Giants game at AT&T Park. You don’t even have to be a big baseball fan to enjoy the views, people watching, ballpark food aromas and energy of the crowd. 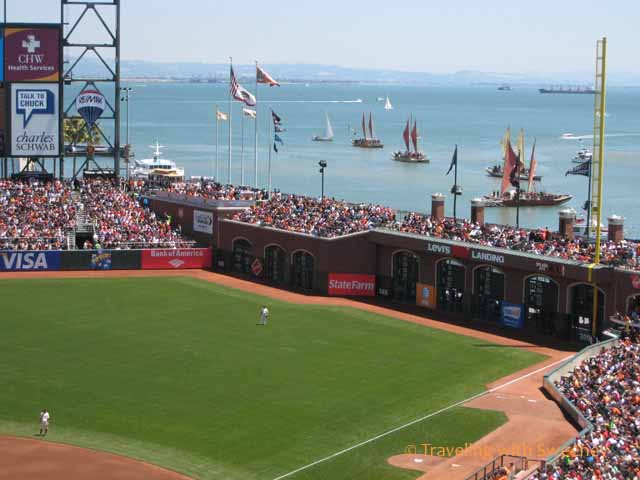 I don’t really care to watch baseball games on television, but I love going to the ballpark. Where else can you see views like this from inside a sports stadium? 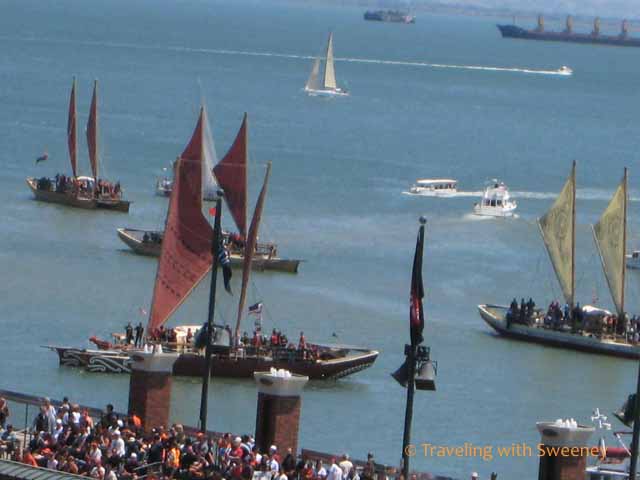 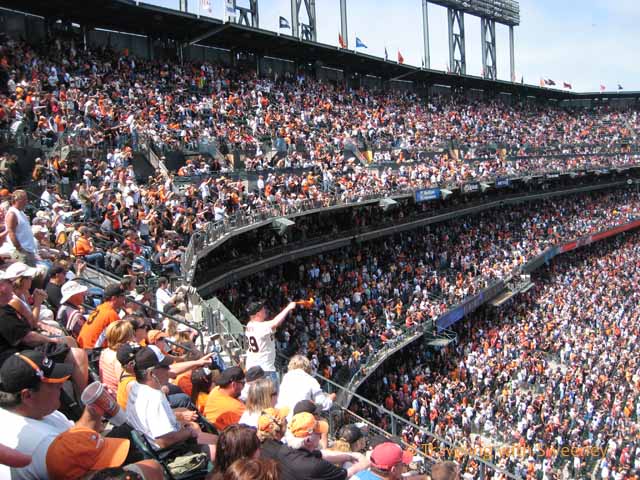 Being in a crowd of cheering and jeering enthusiastic fans makes the game all the more exciting for me.

The personal messages on the scoreboard are a nice touch. I don’t know Monica, but I want to wish her and Chris a Happy Anniversary this year, too! I hope they follow Traveling with Sweeney.

What goes on in the dugout? 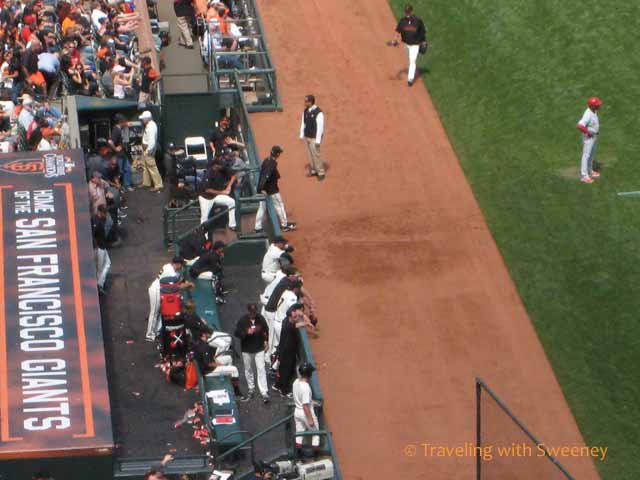 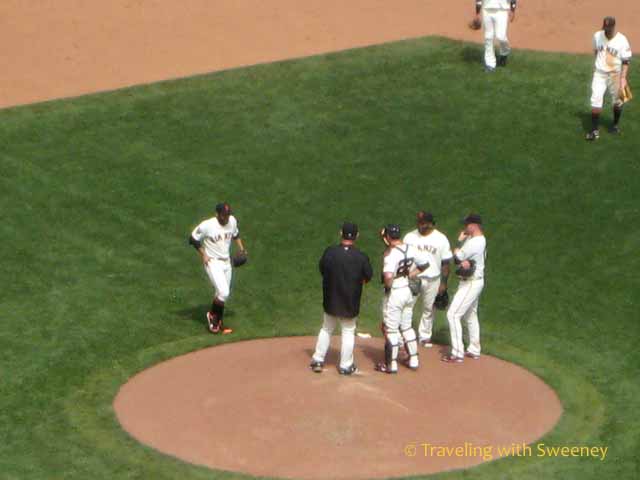 Pep Talk on the Field

I don’t remember the exact reason this officer was called into the stands. I think there was a temporarily unruly fan — from the visiting team, I presume.

Sadly, I don’t have a photo of what is probably my favorite part of going to the game. Food and drink! I love having a burger and garlic fries while sitting in the sun watching the game. You can actually get a decent glass of wine at AT&T Park, too. After all, this is Northern California.

If you’ve got a photo of some delicious garlic fries or other ballpark food, please post a link in the comments. I’ve got a craving now!