Autumn colors attract many visitors to New England and other parts of the northeastern United States. While enjoying the seasonal changes in temperature and foliage, there are many early American historical sites to explore. 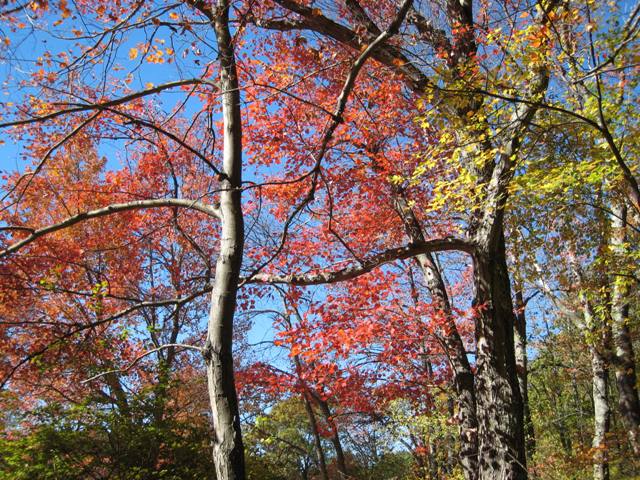 Some of the most important are at Lexington and Concord in Massachusetts, where the first battles of the Revolutionary War took place on April 19, 1775, including on the Battle Road Trail. 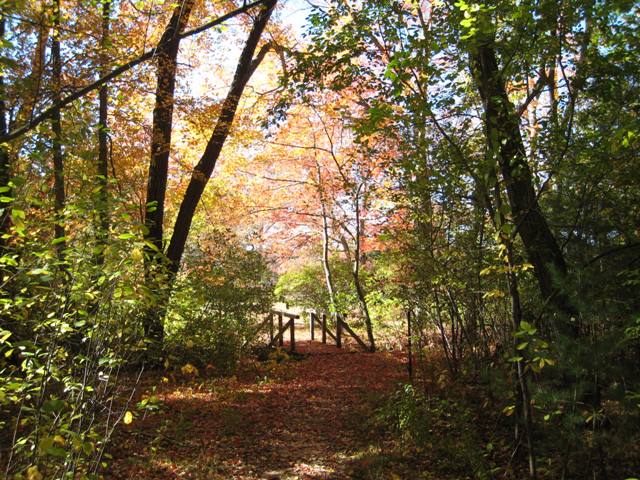 The Battle Road Trail in Minute Man National Historic Park runs for 5.5 miles from Lexington to Meriam’s Corner in Concord. The trail winds through wooded areas and fields following the path of British soldiers and colonial militia. On the mid-October day I walked the trail, it was so peaceful and quiet that it was hard to imagine the bloody fighting that took place there long ago.

This stone marks the nearby burial place of British soldiers killed in battle on April 19th, 1775.

The first skirmish took place of April 19, 1775, was on what is known as Lexington Battle Green. First Parish Unitarian Universalist Church now stands on the site where the bodies of the dead soldiers were brought after the battle. The current building was constructed in 1847. 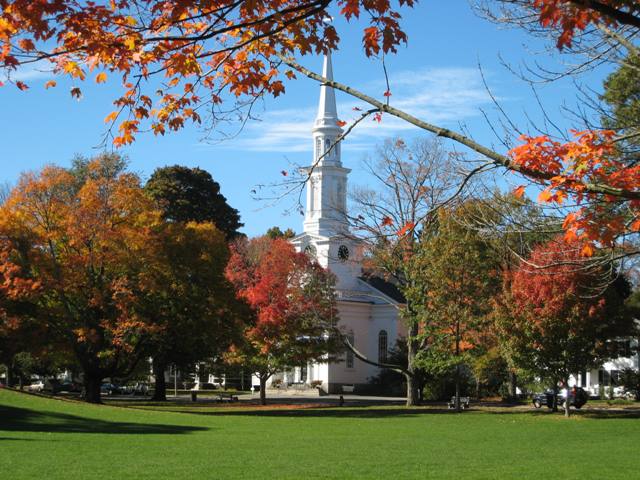 Across from the Green is Buckman Tavern, where members of the Lexington militia waited for the British army. 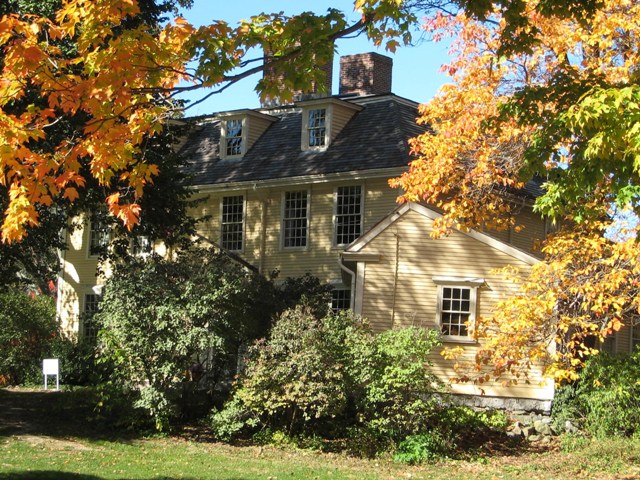 Along the way, there are many historic markers such as the site where Paul Revere’s famous midnight ride to Concord and Lexington ended when he was captured by British troops, and structures like Hartwell Tavern were standing at the time.

42 thoughts on “War and Peace on Battle Road”