An afternoon on the Lower East Side of New York City

When I emerged from the Delancey & Essex Streets Subway Station on New York’s Lower East Side (LES), I had only one place in mind to visit. I had recently heard of the Tenement Museum at 97 Orchard Street as being a rare opportunity to visualize the life of immigrants in the late 19th to early 20th centuries. 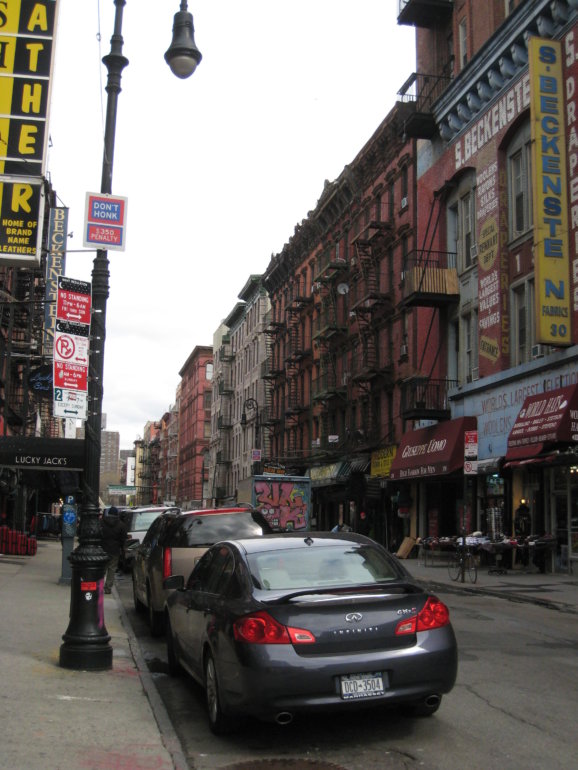 From the station, I turned onto Orchard Street where old tenement buildings with their iconic fire escapes lined both sides of the street. At the museum, I learned that the tour I wanted to take wouldn’t start for over an hour, so I headed north on Orchard across Delancey Street to explore the neighborhood. 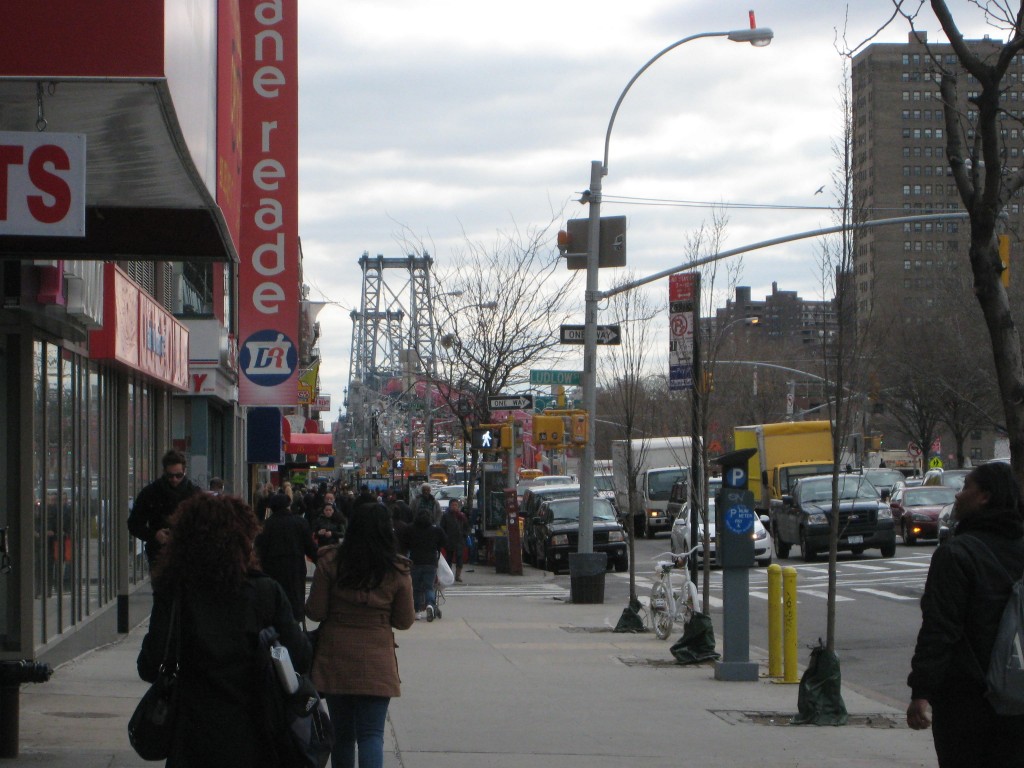 The boundaries of the Lower East Side are Canal St. to Houston St., and the East River to the Bowery in Lower Manhattan. There’s much history there as well as new business development, nightlife and music venues. Delancey Street is named after a French Huguenot family that owned much of the land in pre-revolutionary America. Some may know of it from the 1988 film, Crossing Delancey, that was set in the area.

Along the route, there were many types of shops and boutiques, some new and trendy while others must have been there for ages. I also saw many lounges and bars that were closed at that time of day. 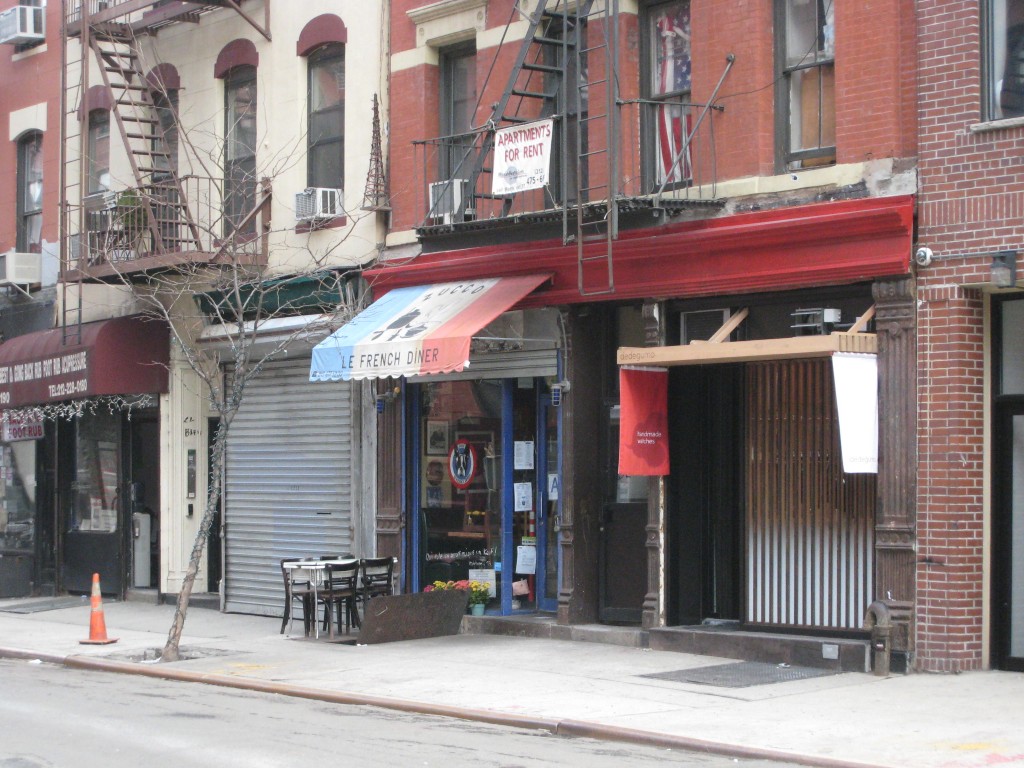 I passed by intriguing French restaurants like Zucco Le French Diner above at 188 Orchard and Épicerie Café Charbon below at 168-170 Orchard (now closed). 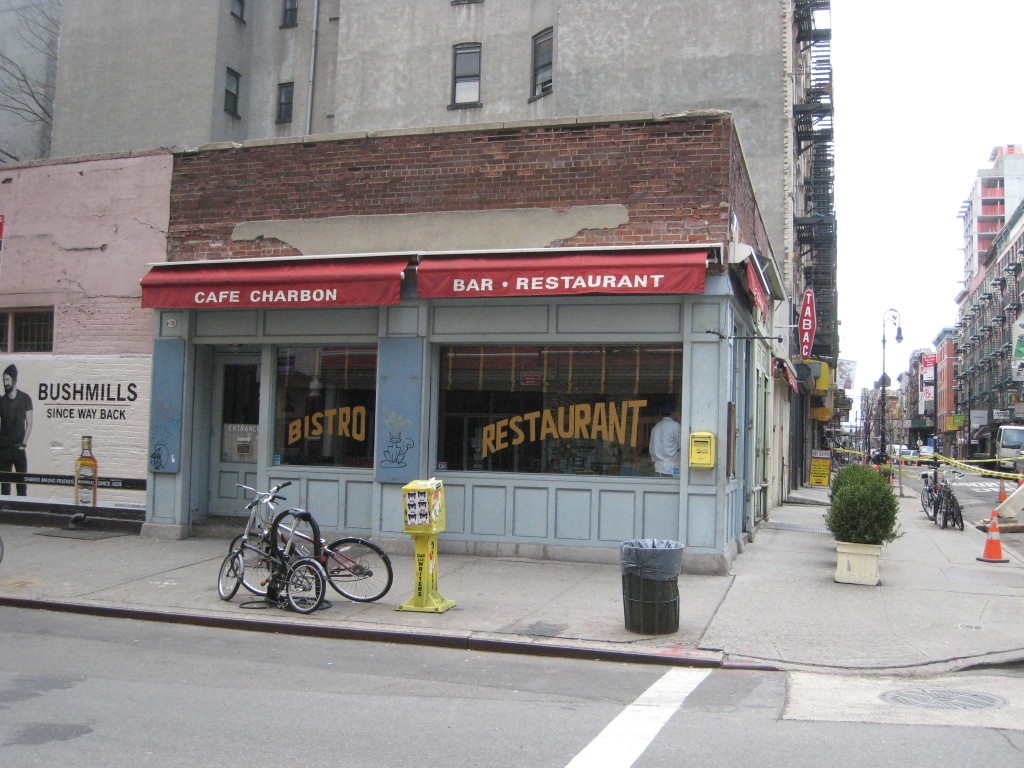 I was particularly drawn to Lucien, a bistro at 14 1st Avenue. I peeked in the window and the look of the place gave me the feeling that I was in France. Although I wasn’t quite hungry for lunch, I decided to stop in for a glass of wine.  Continue reading about my time at Lucien and meeting its charming owner in my article  Enchanted by Lucien Bahaj.

39 thoughts on “A French Connection on the Lower East Side”