A fond memory of Lucien Bahaj

I recently learned that Lucien Bahaj, the owner of Lucien bistro on New York City’s Lower East Side, passed away in July 2019. I’ve got a very fond memory of my short, but sweet serendipitous meeting with Lucien on a visit to New York in 2011. 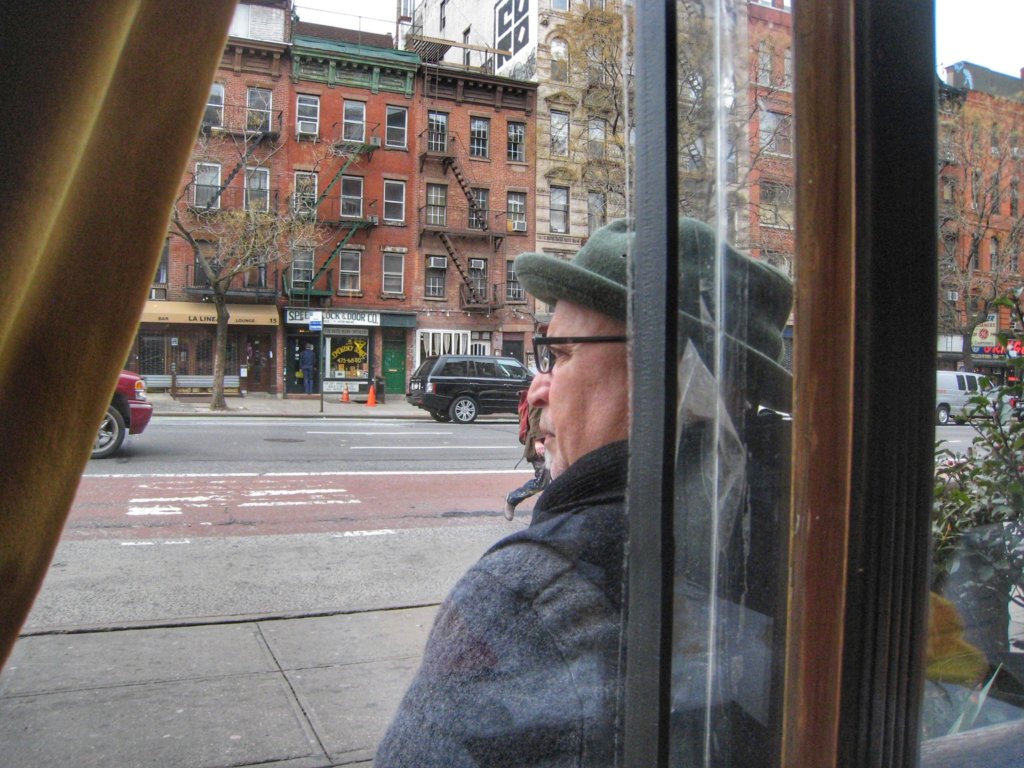 Lucien Bahaj outside of his restaurant

French ambiance on the Lower East Side

With some extra time to spend before a scheduled museum tour several years ago, I was happily wandering around Manhattan’s Lower East Side, captivated by the old tenement buildings with their iconic fire escapes lining both sides of the street. Passing boutiques and cafes along the way, I was particularly drawn to Lucien, a bistro at 14 1st Avenue. I peeked in the window and the look of the place gave me the feeling that I was in France. I decided to stop in for a glass of wine.

I was greeted by a pretty, smiling server who was happy to let me sit at a prime table by the window even knowing that I wouldn’t be having lunch. 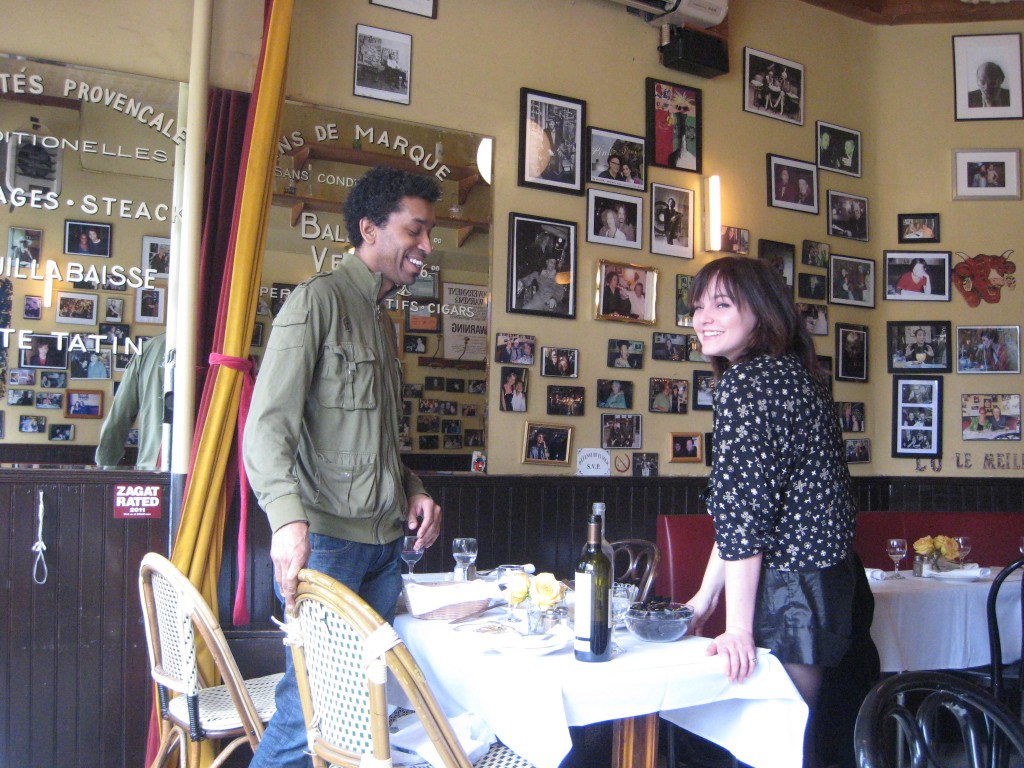 At a table on the opposite side of the narrow room, two men were enjoying their food, wine, and conversation. As I waited for my glass of Bordeaux, one of the gentlemen came over to my table and offered me a bowl of frites to eat “while I was waiting”. He said that they were “the best in New York”. (By the way, they were delicious.) He kissed my hand and returned to his table. I was immediately enchanted.  It turns out that the man was Lucien Bahaj, the very charming owner of the bistro. I later found out that he and his restaurants are quite well-known and highly regarded in New York.

The server brought my wine and a basket of fresh French bread and butter. Since I seemed surprised to be served so much food while just having a glass of wine, she pleasantly said, “Oh, you’ll be fed very well here.” 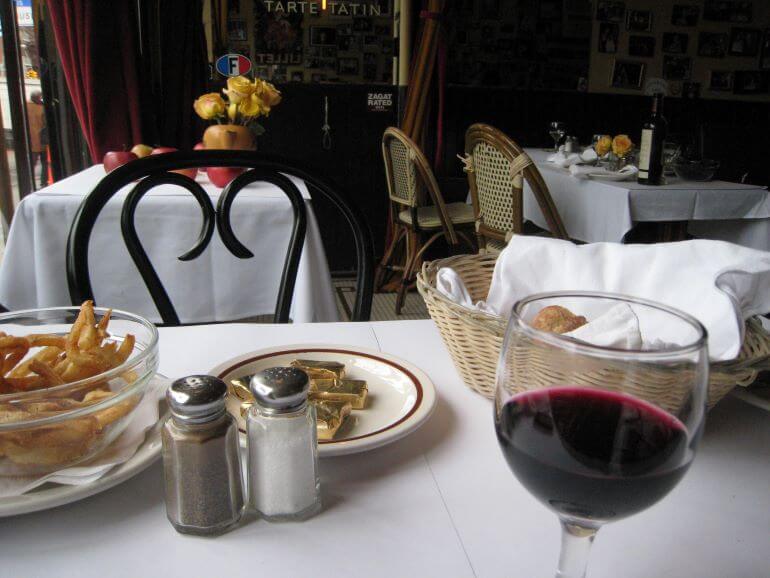 Wine and frites at Lucien

I was thoroughly enjoying watching the scenes outside and enjoying the warm ambiance of Lucien’s, but knew I’d have to leave soon for my tour at the nearby Tenement Museum (one of my top recommended museums in North America) . I had already gotten my check when Lucien enticed me to have a glass of Cahors, a remarkable deep red wine from the town of Cahors in southwestern France. I initially declined, but ultimately couldn’t resist.

Lucien sat down across the table from me and we had a short, but memorable conversation. He talked a bit about his early days in the United States, some of the famous people he’s met along the way, and the time he spent in Northern California many years ago. He also told me about his other popular restaurant, The Pink Pony (closed in 2013) on nearby Ludlow Street, and the writers, artists, fashion designers, and other creative clientele that his restaurants attract.

Lucien was a very interesting man and I was glad that I had stepped inside his bistro on a whim. I wished that I could spend more time at Lucien that afternoon, but I hurried along to my appointed museum tour, smiling all the way.

Note: This is an edited version of my original article, “A French Connection on the LES“.