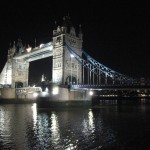 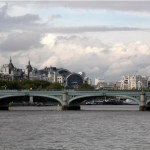 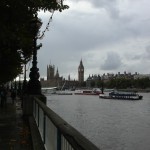 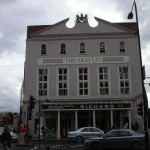 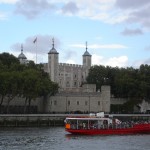 What is a London kind of mood? I’m not sure how to describe it, but I was in one today. So I did what I always do when I’m in a mood for a particular place – I look at my photo collection. Then I link to a few random photos on Twitter in the hopes that someone else might share in my enthusiasm.

I’ve had fairly high expectations about many of the places I’ve traveled. When I travel to places I’ve spent decades dreaming about, I’m so happy when I find that they’re everything I expected. Rarely have I been disappointed. But when I visited London for the first time, I found that it exceeded my expectations.

From the airport, we took the Heathrow Express to Paddington Station, then the London Underground to Tower Hill Station. Every time I hear “Mind the gap!” I can feel the excitement of the first time taking the Tube. I wasn’t prepared for what I saw exiting the station. Directly in front of me was the historic Tower of London, a stone’s throw away. From that moment on for the rest of the trip, I was always surrounded by old and historic places, some with very dramatic stories to tell.

After arriving at the hotel, we checked in and had a quick breakfast so that we could get out and see London. Since it was still early morning, the Tower wasn’t yet open for tours, so we walked over to the Tower Bridge, often mistaken for “London Bridge”. A nice surprise was that not only can you tour inside the bridge’s equipment facility and see the mechanics of how the bridge is actually raised and lowered, you can walk across the bridge via the upper walkway and see spectacular views. Then it was back to the Tower, which is a must-see London attraction.

Although Randy was going to be working all week, we had some more time to spend together on the weekend seeing Buckingham Palace, Trafalgar Square, Covent Garden, and exploring central London. We had dinner at a restaurant at Butler’s Wharf, a vibrant area on the south side of the Thames, and ended the evening sitting at the water’s edge on a pub’s patio.

While Randy spent the days in business meetings from early morning until evening, I went everywhere I could by foot and the Tube. I would start out with a rough idea of special places I wanted to see, but everything was subject to change if I found something that grabbed my attention along the way. For lunch, I’d just duck into the most interesting pub I saw when I got hungry. Over a period of 5 days, I experienced many, but certainly not close to being all, of London’s main attractions. Although I didn’t search out under-the-radar or trendy establishments or events on that trip, I veered off the tourist course as I roamed London for hours.

Some of the highlights of the week were: Kensington Palace with Afternoon Tea at The Orangery on the grounds; the Churchill War Rooms where there were so few visitors that day that I found myself walking the same halls as Winston Churchill alone – it was quite a feeling; Westminster Abbey viewing the tombs of kings and queens, and being moved by the dedication to the unknown soldier of World War I, buried “amongst the kings”; strolling through the enormous Harrod’s Department Store which I came across by accident; sitting in the gallery of Parliament’s House of Commons while it was in session; and visiting St. Paul’s Cathedral during Evensong.

I did take one day to travel by Evan Evans tour bus to Oxford and through the Cotswolds to Shakespeare’s Stratford-upon-Avon. For future jaunts outside of London, I’ve always taken the train, but it wasn’t a bad choice for a first visit to England. It’s a very early morning call to catch the bus and you return late to London, but it’s a safe and enjoyable way to go.

That’s just a bit about my first trip to London. I’ve been several times since and have never been disappointed. It would be wonderful to spend a few months or a year there and have a greater depth of experience as a temporary resident. Perhaps one day…

5 thoughts on “A London Kind of Mood”