Kölner Dom and Things to Do in Cologne 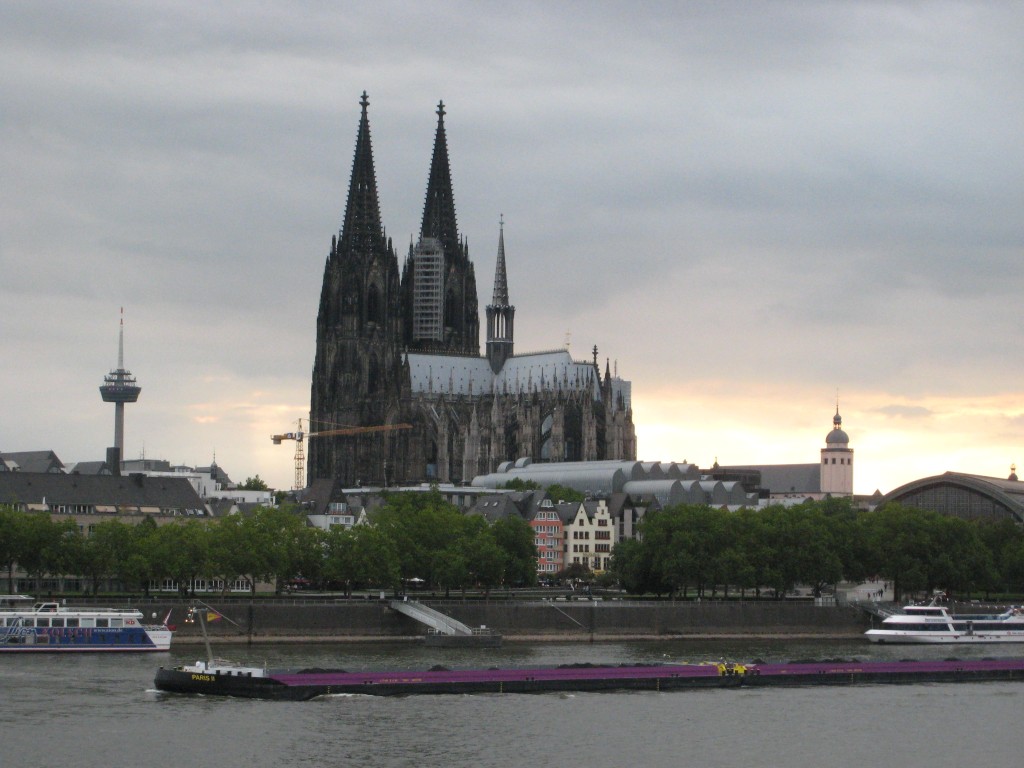 A bit jet-lagged, but excited about beginning a week in Europe, we traveled to Cologne (Köln) Germany by train from Frankfurt. In case you’re wondering, Eau de Cologne was created here by an Italian, Johann Maria Farina, about 300 years ago. As we got close to the station, a young local woman behind us enthusiastically pointed out the towers of Cologne Cathedral (Kölner Dom) ahead. The Dom’s official name is Dom St. Peter & Santa Maria and it is the largest cathedral in Germany. 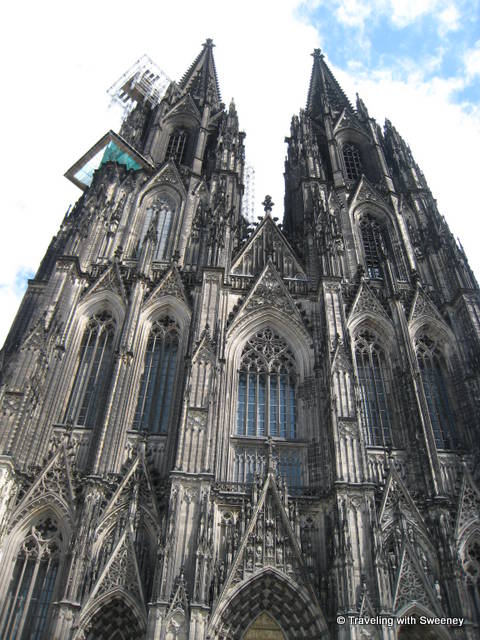 Although expecting an impressive work of Gothic architecture, we were still struck by the Dom’s enormity and intricate detail as we exited the train station where the north side of the cathedral is accessed. Weighted down with our bags, we quickly took a few photos and hurried to our hotel, eager to get back to the cathedral after a lunch of schnitzel and a glass of locally-brewed Kölsch beer at a nearby brauhaus.

The cathedral was almost always in view, whether we were in a café across the Rhine, walking around Old Town Square, or heading to the train station. We never ceased to be awed by its imposing presence. 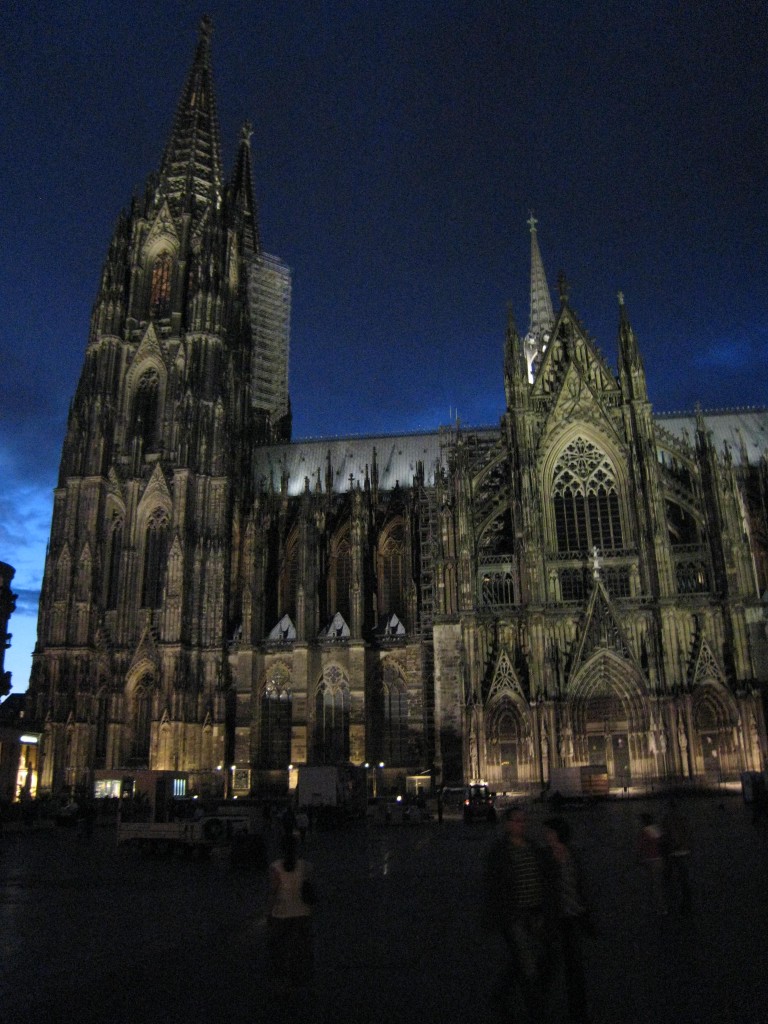 Construction was started on the building in 1248 and continued until the early 16th century. Countless times I asked myself, “How did they do it?” Inside the Dom, there are treasures everywhere you look — ornate chapels, altars, prayer stalls, relics, and statues. The gorgeous and eclectic stained glass windows vary in age from the 14th century to the most recent one installed in 2007. 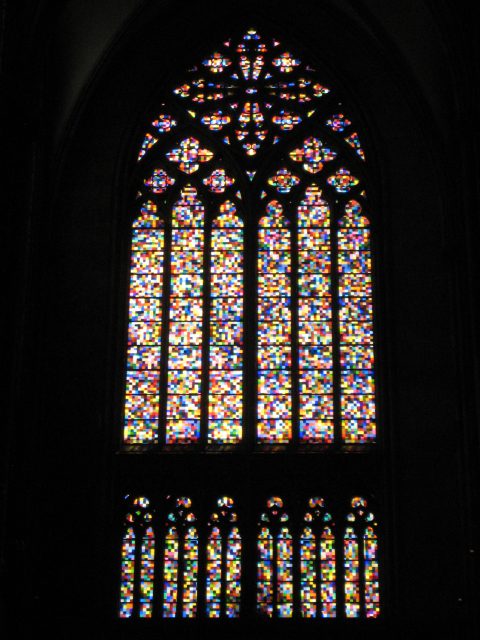 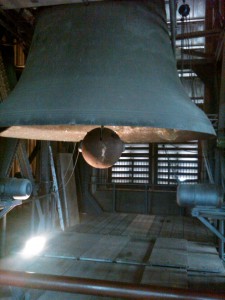 We saved a climb to the observation deck of the south tower for early the next morning in order to beat the crowds. About a third of the way up, we realized that the camera was back in the hotel room. How could a travel blogger possibly forget to bring a camera? But it was too late to go back. At least we were able to take a few cell phone photos that you see here. We continued on the winding stairway just barely wide enough for someone to pass coming down. An occasional small window let in light and helped to alleviate claustrophobia.

At about two-thirds of the way up is the belfry where you can exit the stairway and walk around the bells, including the main one called St. Peter’s bell.

Continuing up the spiral staircase, we reached an open area with wide views from large openings in the tower. In the center of the space was a metal staircase with several flights of steps. The further we climbed, the more we had feeling of being in mid-air as we looked out over the city. The last part of the climb is up a narrow, winding set of stairs to the small, fenced observation deck. 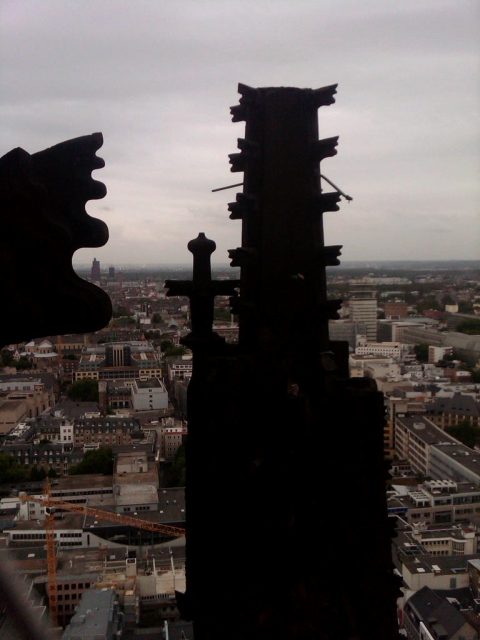 Looking out from inside Cologne Cathedral’s observation deck 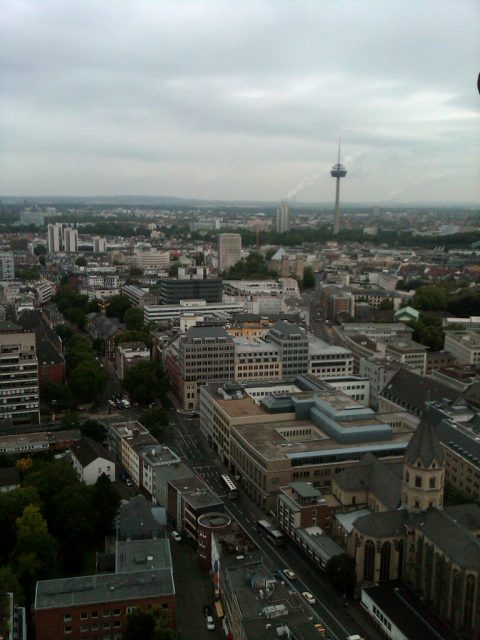 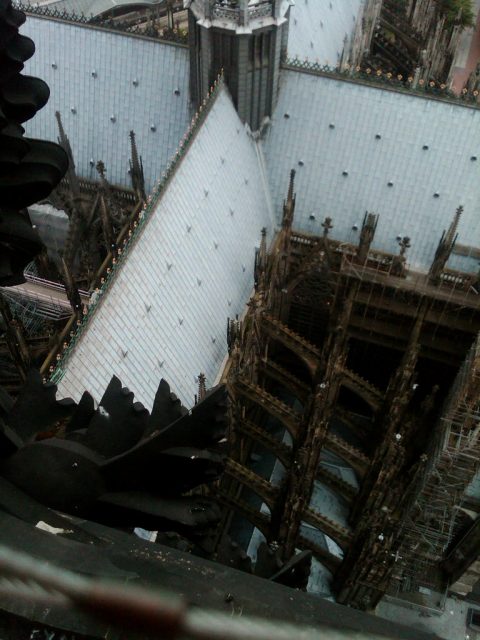 Looking down on Cologne Cathedral’s rooftops from the observation deck

Cologne is also known for its museums and art galleries, but we only had time to visit the Romisch-Germanisches Museum next to the Dom. It has fantastic exhibits of statues, glassware, jewelry and many other objects from Roman and pre-roman eras that were found in and around Cologne and the Rhine Valley. 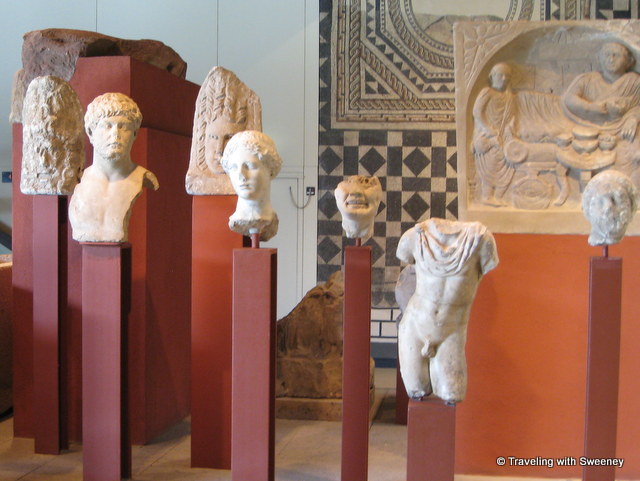 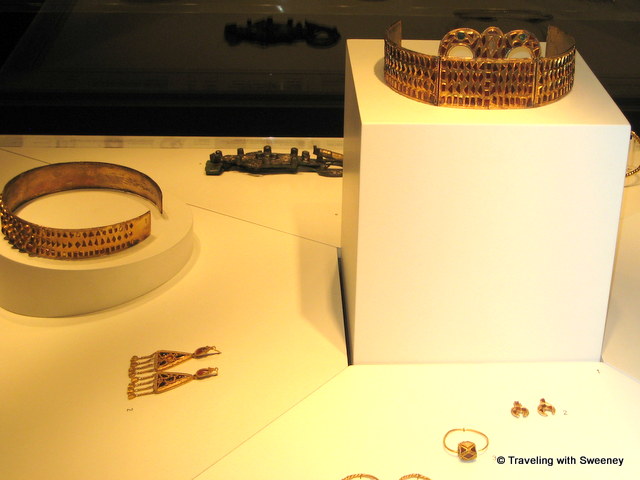 Great St. Martin Church, one of twelve Romanesque churches in Cologne, was built in the 12th and 13th centuries. It stands in the Alter Markt (Old Town Square) above the restaurants and cafés along the Rhine. 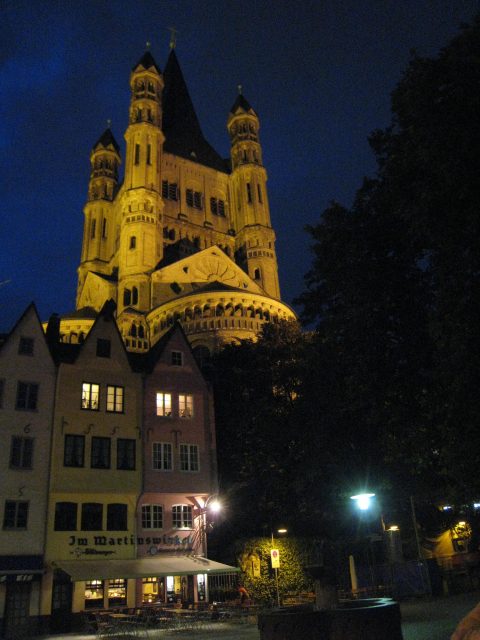 Our time in Cologne was certainly short, but sweet. There are more churches and museums to explore, and markets and brew houses to enjoy next time. And I’ll take the camera along on the cathedral climb.

53 thoughts on “A Sniff of Cologne”