Standing as a powerful symbol of French military victories is the Arc de Triomphe at the Place Charles de Gaulle, also known as l’Etoile, the Star. It is the center of l’Etoile with 12 avenues that radiate from the Arc, a grand location recognized as a premier landmark of Paris and memorialized in countless paintings, postcards, photos and films. 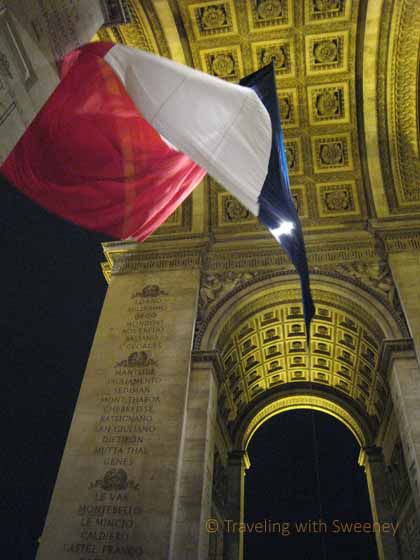 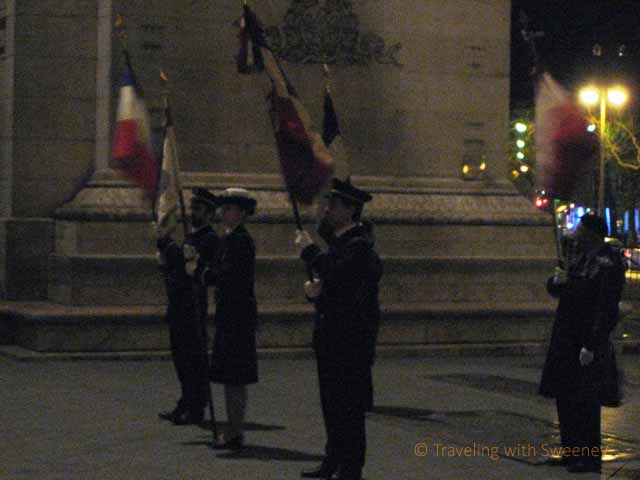 I visited the Arc in time to witness the ceremony at the Tomb of the Unknown Soldier that takes place every evening. It is a respectful and moving experience that brought to mind other places I’ve visited, such as the Tomb of the Unknowns at Arlington National Cemetery in Virginia, and the Tomb of the Unknown Warrior in Westminster Abbey. The inscription at the tomb in Westminster Abbey includes the words “…they buried him among the kings”, which I’ve always thought so appropriate a burial place for these soldiers. To me, as to many, these sites are thought-provoking and their significance, enormous. I learned that it was the eternal flame at the Arc that so impressed Jacqueline Kennedy when she and President Kennedy visited in 1961 that she requested the eternal flame that marks the grave of the president at Arlington. 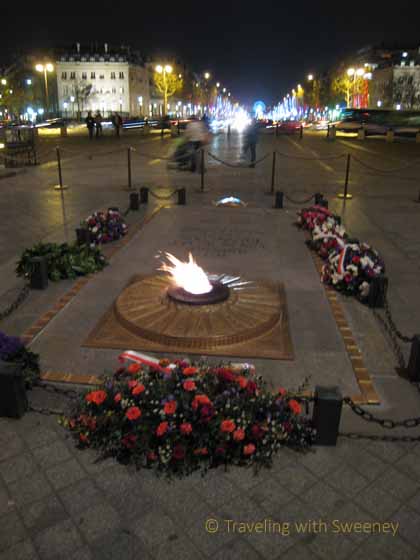 Before this visit, I also didn’t know that you can actually reach the top of the Arc via a spiral staircase. After the ceremony, I took the 284 steps to the top. Besides being good exercise, the ascent rewards you with gorgeous views of Paris. Stepping outside, I was presented with vivid vistas of Paris. 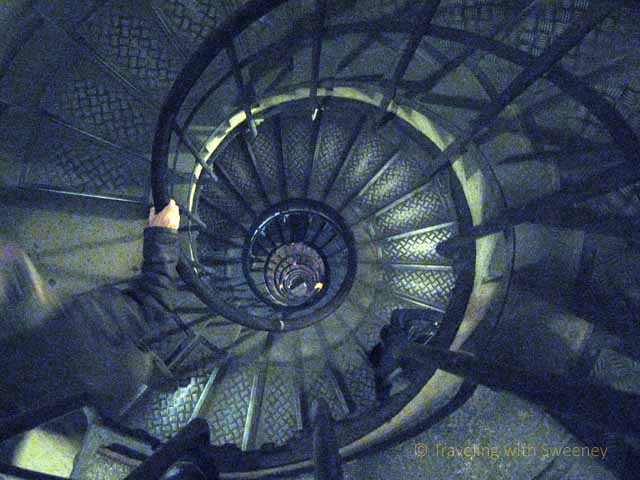 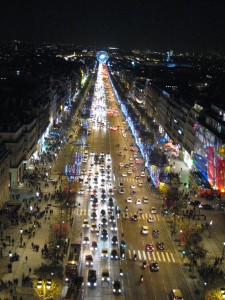 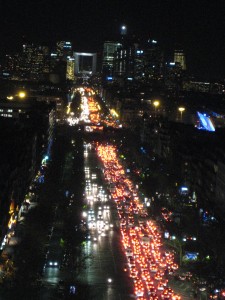 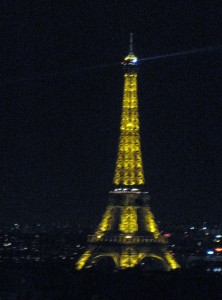 On this crisp, clear night in December, I could see lights in all directions. In the distance was Sacré-Cœur Basilica at the summit of Montmartre, La Défense business district with its skyscrapers, La Grande Roue at the other end of the Champs-Elysées, and the Eiffel Tower. 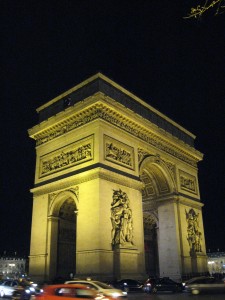 As I believe all travel guides will tell you (and it deserves repeating), don’t be tempted to cross the very busy Place Charles de Gaulle roundabout to reach the Arc. There is an underground pedestrian walkway nearby to get you there safely. But do go and spend some time. Enjoy the views of the City of Lights, study the friezes and sculptures, read names of military officers inscribed on the walls, and pause for a moment at the tomb to think about this soldier and the “unknowns” of all wars.

38 thoughts on “A Star for the Soldier”