Off the main tourist routes are the alleys of Chinatown San Francisco that offer a different, old world perspective of life in this famous area of the city. Beyond Grant Avenue’s dragon-adorned street lamps and pagoda façades are these small streets where the residents go about their daily lives. These are a few of the sights I saw on Rick Evans’ Chinatown Walking Tour. 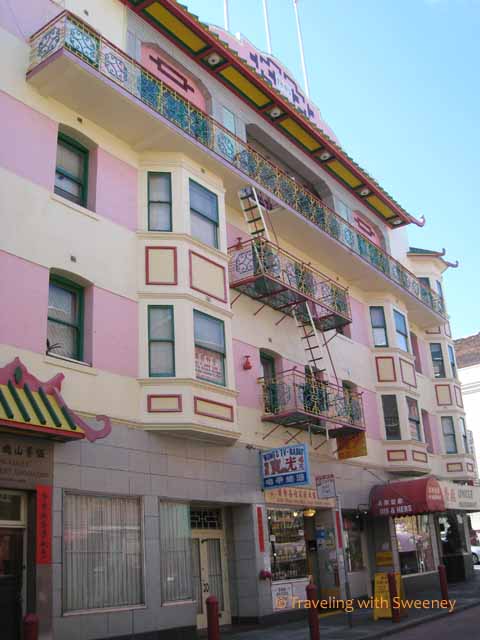 Waverly Place, a street with many temples and Chinese benevolent associations, is aptly called “The Street of Painted Balconies” for its colorful and decorative buildings. You may recall Waverly being a notable location the in The Joy Luck Club by Amy Tan. 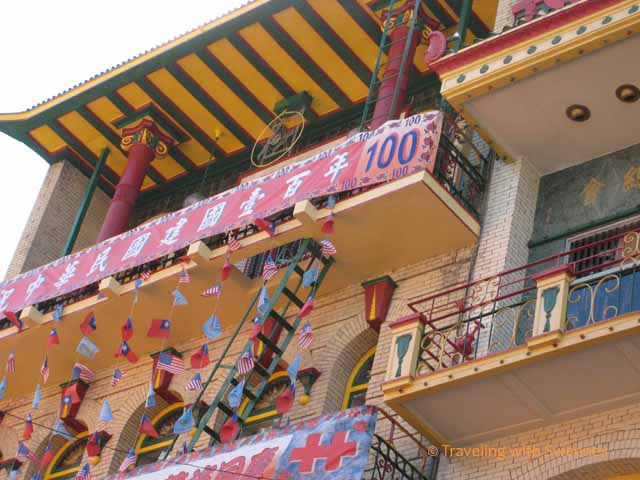 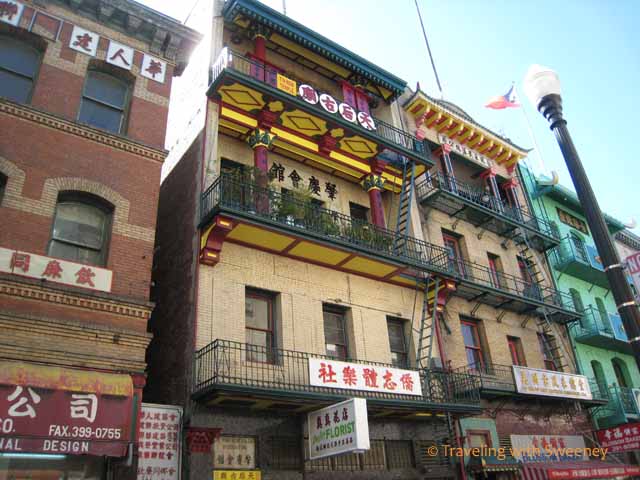 The oldest Buddhist temple in the United States, Tien Hou, was built in 1852 and survived San Francisco’s devastating 1906 earthquake and fire. Up three flights of stairs at 125 Waverly Place, the smell of incense is almost overwhelming as you enter the temple where offerings of fruit are made to the Goddess of Heaven. 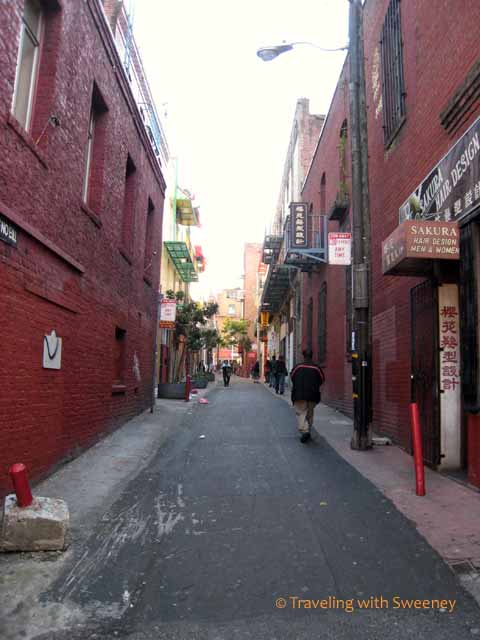 Spofford Street presents an edgy, gritty side of Chinatown. Outsiders may not feel quite as welcome here as the locals are protective of their privacy. Walking along the alley, the clicking of mah jong tiles can be heard from behind the covered windows and doorways. Significantly, the secret offices of Chinese revolutionary Sun Yat Sen were located on Spofford. He is considered the father of China’s 1911 revolution and there is a statue in his honor several blocks in St. Mary’s Square. 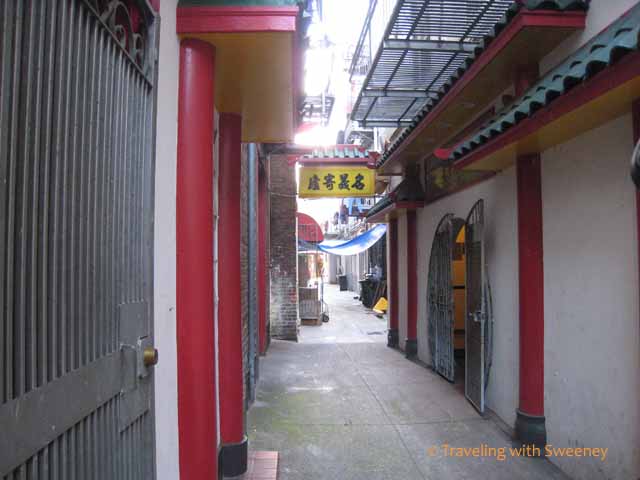 I was quite surprised when we turned off busy Washington Street and entered Old Chinatown Lane, a quiet alley with clothes hanging from the apartment fire escapes above us. 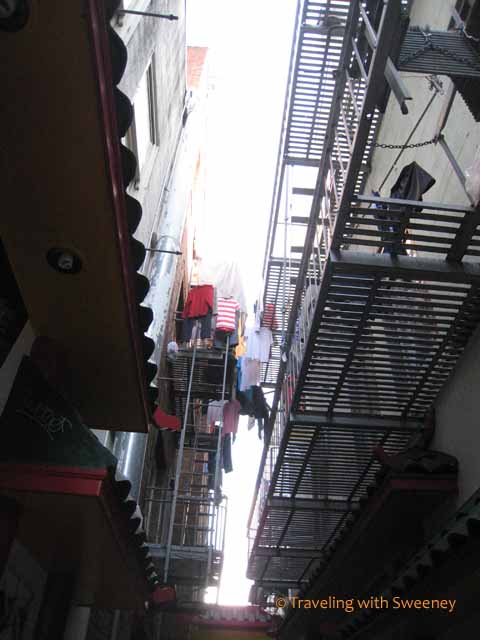 At the alley’s dead-end was a boarded-up passageway once used by gang members to escape to other alleys. 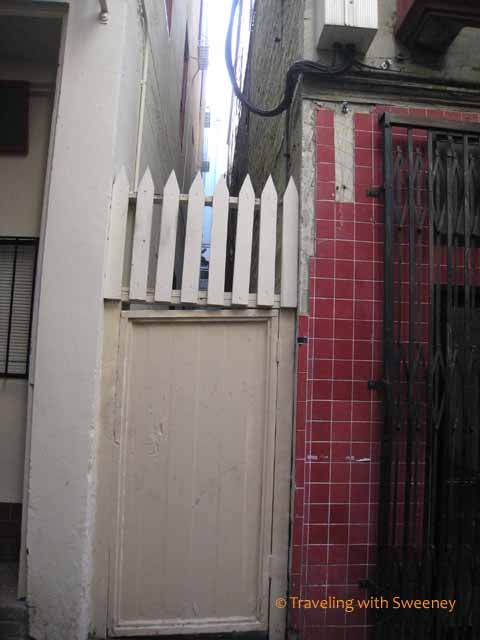 Although once infamous for its brothels and gambling, Ross Alley is now much more subdued and known primarily for the Golden Gate Fortune Cookie Factory. You can watch the cookies being made and sample them fresh off the hot press. 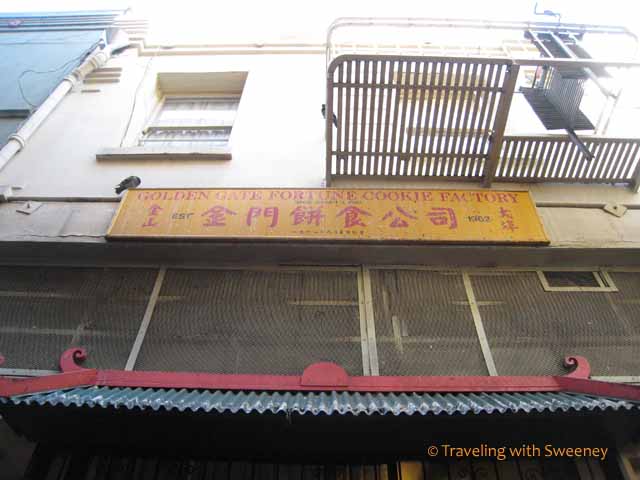 The street has also served as a filming location for movies such as Indian Jones and the Temple of Doom. 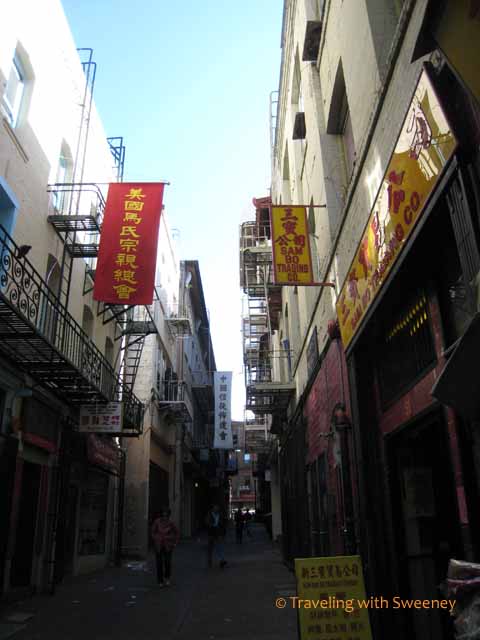 55 thoughts on “Chinatown: The Pretty and the Gritty”