Riding the trolley from Kensington Market to Bloor Street in Toronto last week, I was headed for the Bata Shoe Museum without any definite idea about what to expect. So I was quite surprised when I saw size of the building and then discovered the extent of the collection inside. 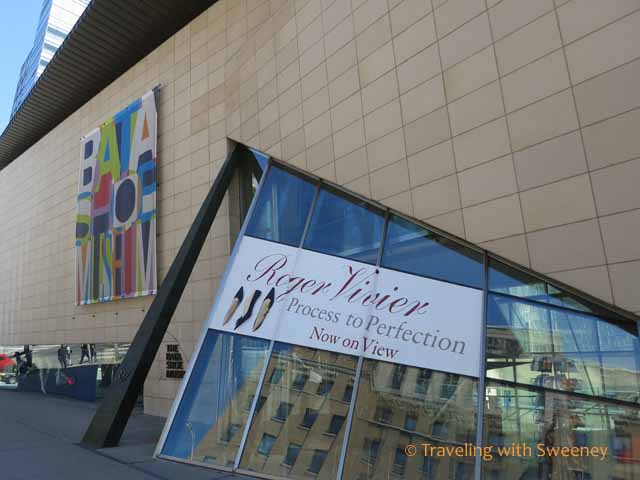 From ancient Egyptians to Justin Bieber, the Bata Shoe Museum has four levels of high heels, sandals, boots, mocassins, and quirky footwear. Shoe fanatics could go wild with the diversity of the exhibits since the museum has 12,500 artifacts with several hundred on display at any given time. Anything here to fit your style? 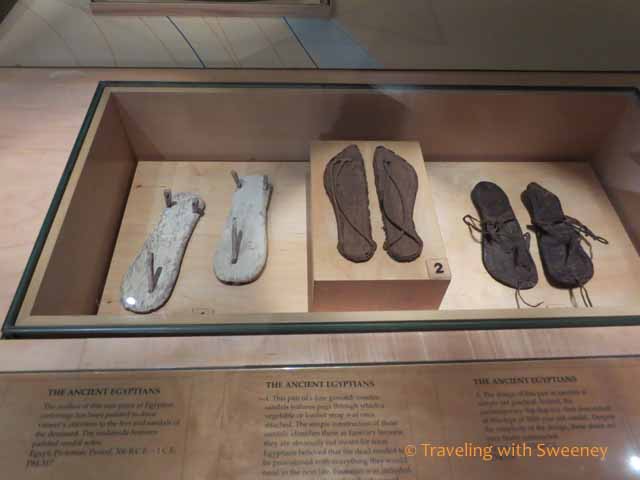 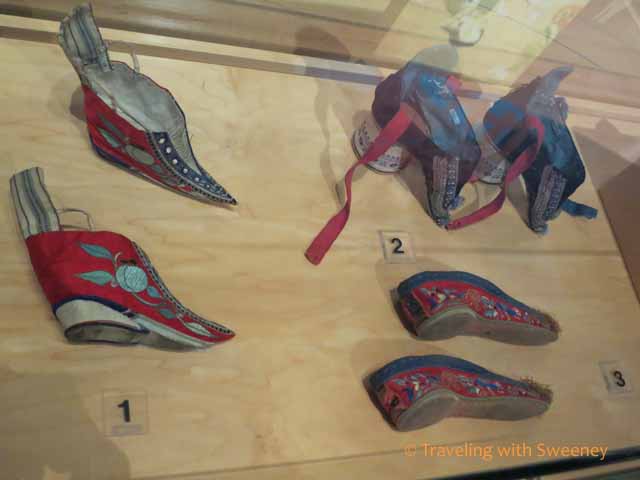 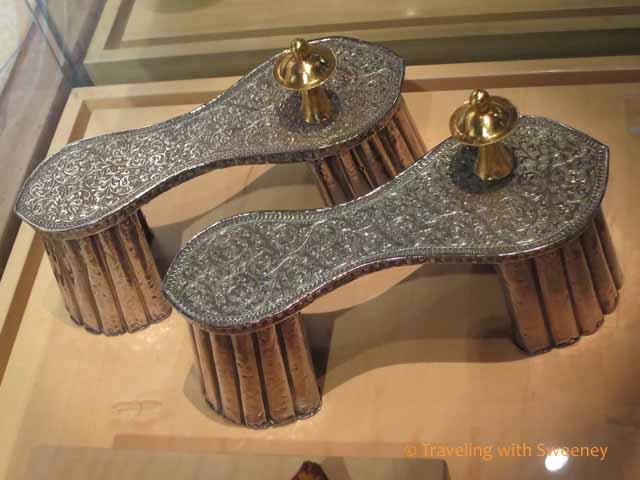 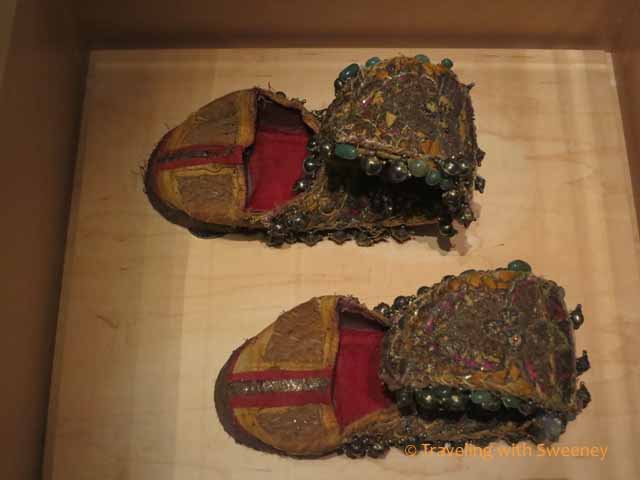 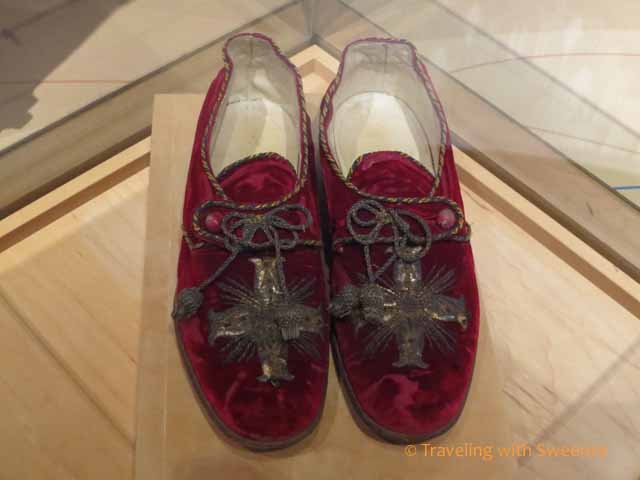 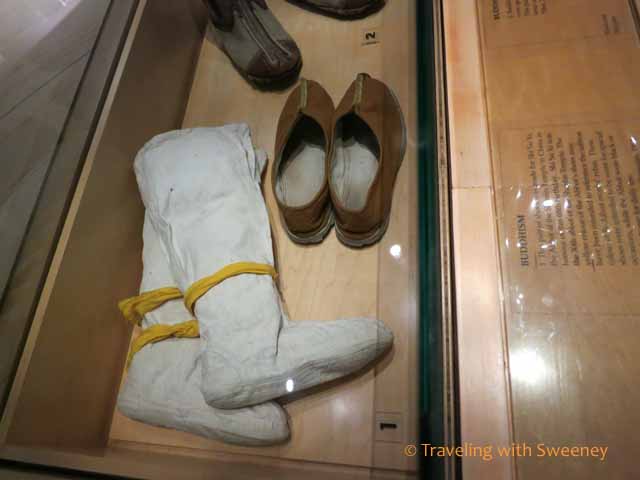 Styles of the Times 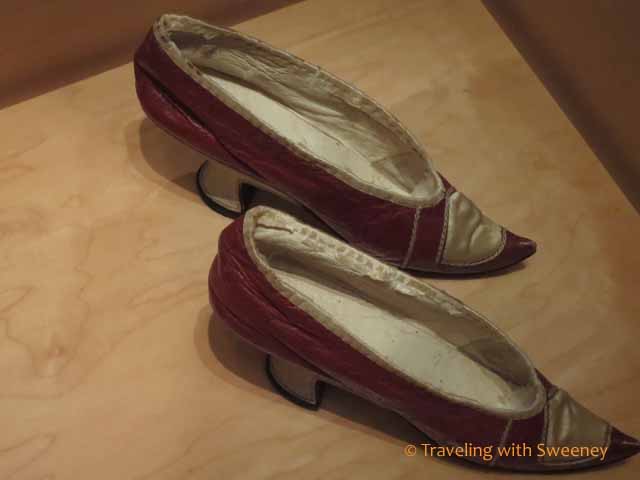 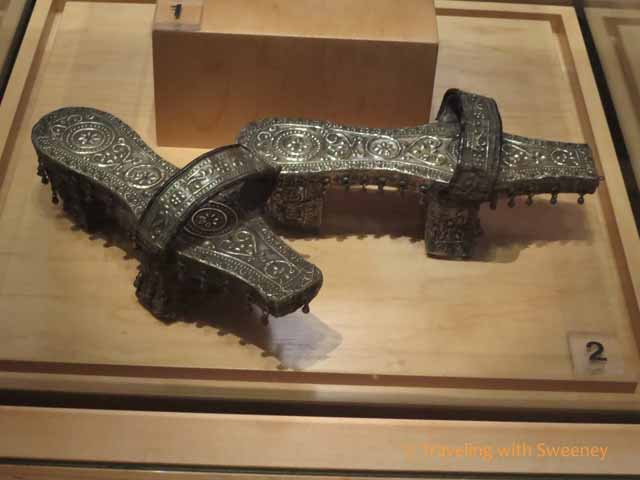 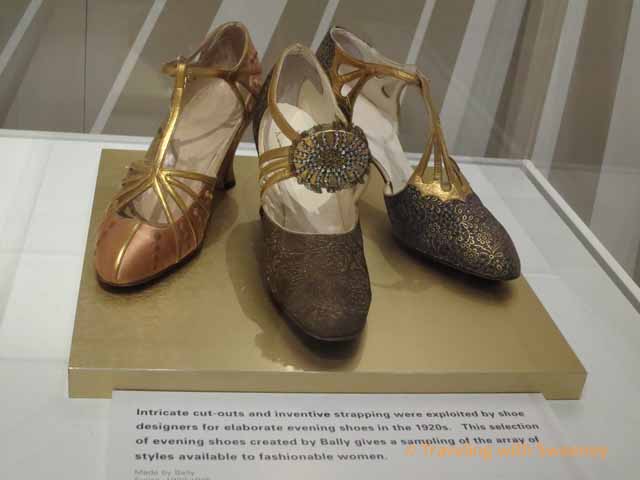 Currently on exhibition through April 7, 2013 is a collection of Parisien designer Roger Vivier’s work from the 1950s and early 1960s when he was with Christian Dior and later on his own. His quote, “To wear dreams on one’s feet is to begin to give a reality to one’s dreams.”, is displayed at the entrance to the exhibit. 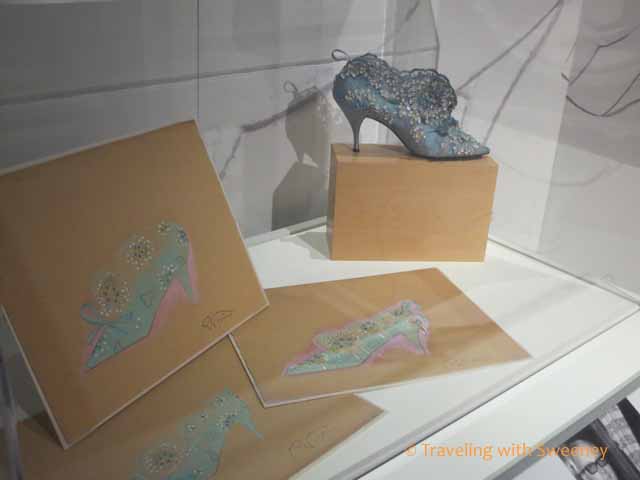 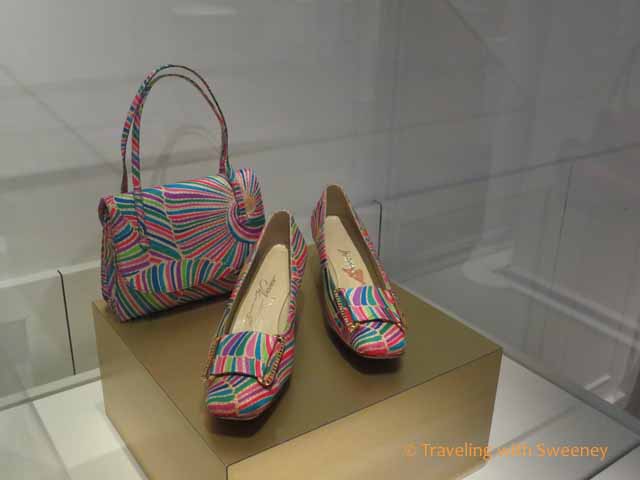 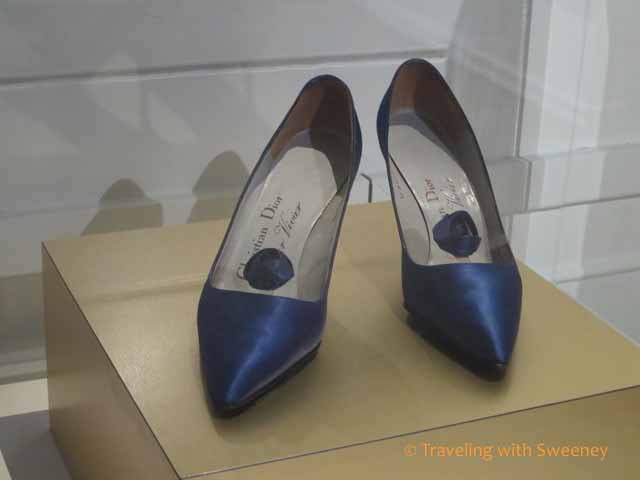 Designs With a Purpose

These shoes may look quirky, but they actually served a purpose. Below is a Chestnut Crushing Clog that was worn in Auvergne, France during the 19th century for shelling chestnuts — of course! 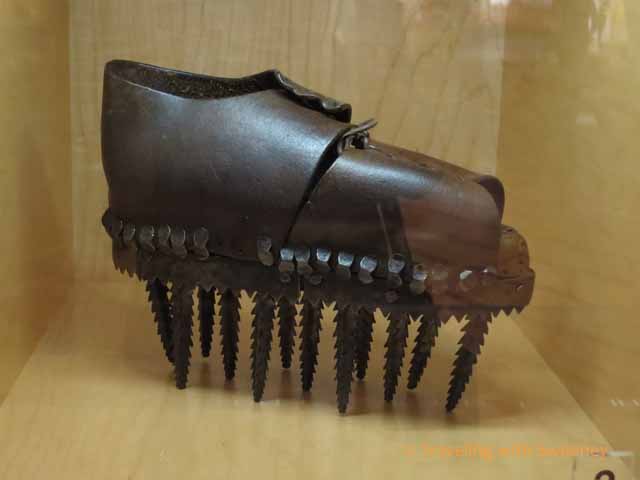 This shoe is actually designed to protect a cow’s hoof from mud and the elements. Who knew that? 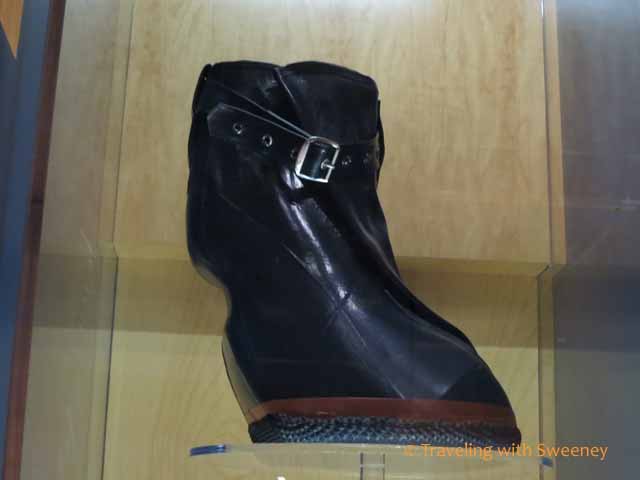 Footwear of the Famous

Some of the notables whose shoes are at the museum are Madonna, Barbra Streisand, John Lennon, Ella Fitzgerald, Robert Redford, and more, including these. 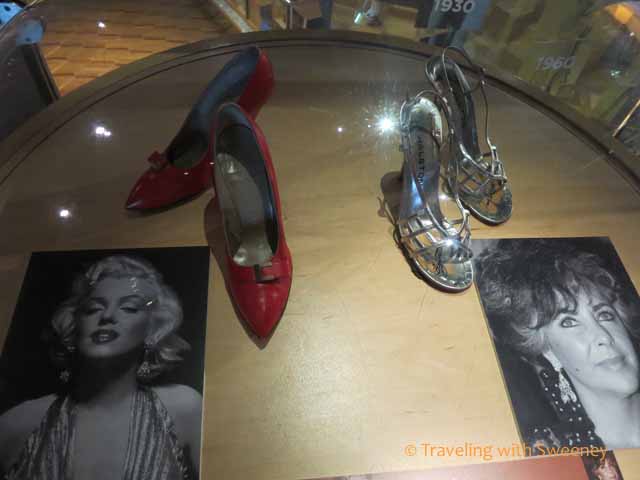 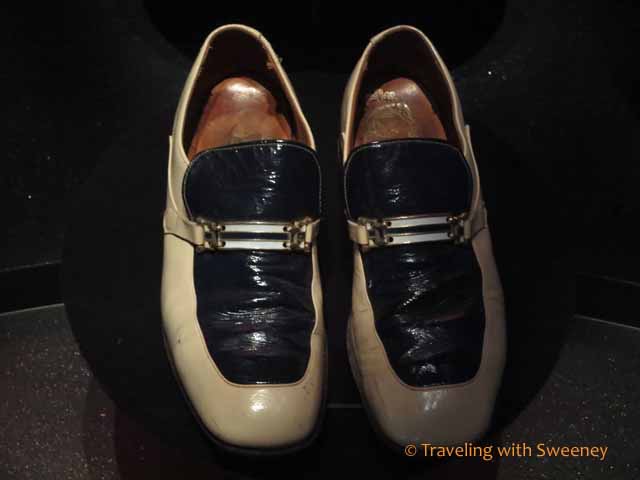 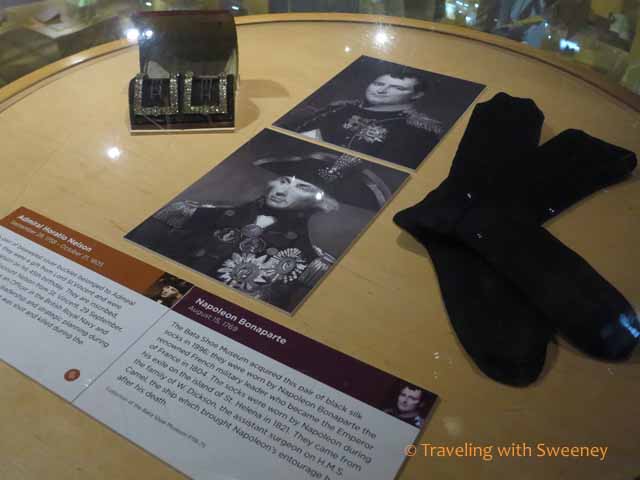 My Shoe Design at the Bata Shoe Museum

There are interactive displays that allow you to design your own shoe by selecting styles, colors and materials. This was my attempt. In my defense, the touch screen wasn’t working properly. 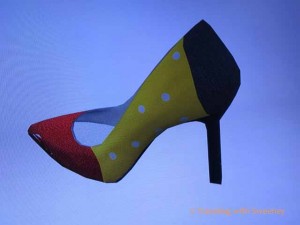 La Chaussure by Traveling with Sweeney

So Where are Justin Bieber’s Shoes at the Bata Shoe Museum?

Sorry, girls. I just didn’t get around to taking a photo.

The Bata Shoe Museum is located at 327 Bloor Street West in Toronto.

Admission Fees are $14 for adults, $12 for senior citizens (65+). Every Thursday evening between 5 and 8 pm, admission is “pay-what-you-can”, with a suggested donation of $5.

27 thoughts on “Featured Museum: All About Shoes in Toronto”