For last week’s Travel Photo Thursday entry, I posted a series of photos from my June 2011 trip to Vancouver. Now it seems only fair that I share some photos from my short visit last week to another great Canadian city –Toronto, Ontario. I’ve already told you about the Bata Shoe Museum on Bloor Street and will be publishing more about Toronto soon. For this week’s Travel Photo Thursday, we’ll take a walk through two vibrant Toronto neighborhoods.

The Colorful Toronto Neighborhoods of Chinatown and Kensington Market

There are actually several Chinese communities in Toronto. I visited the busiest of those located downtown on Spadina Avenue. It’s one of the largest Chinatowns in North America. 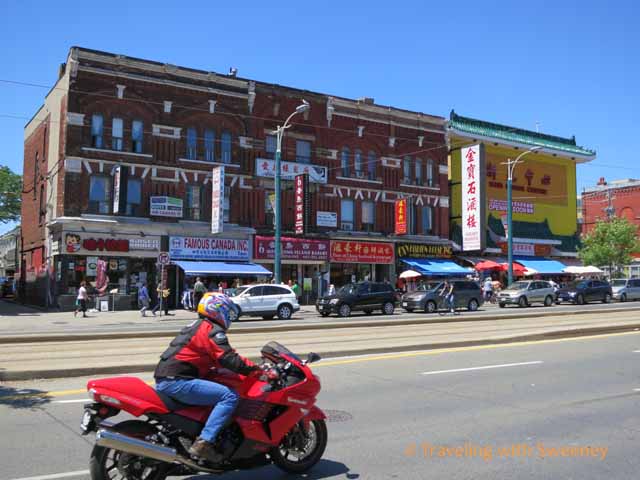 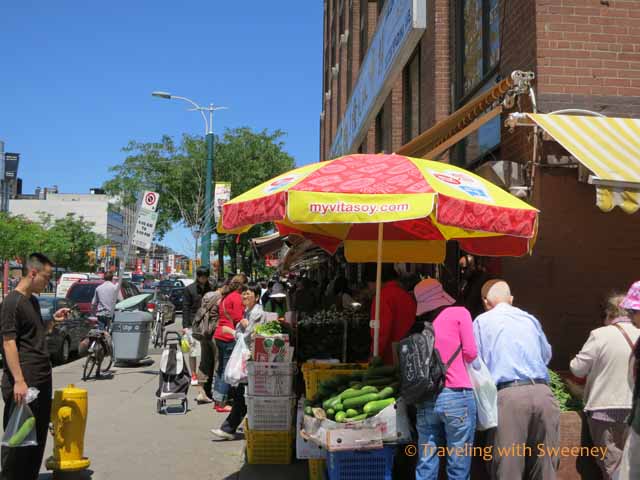 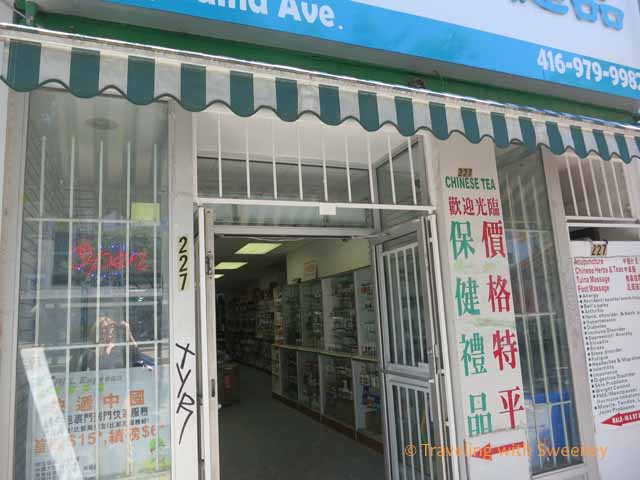 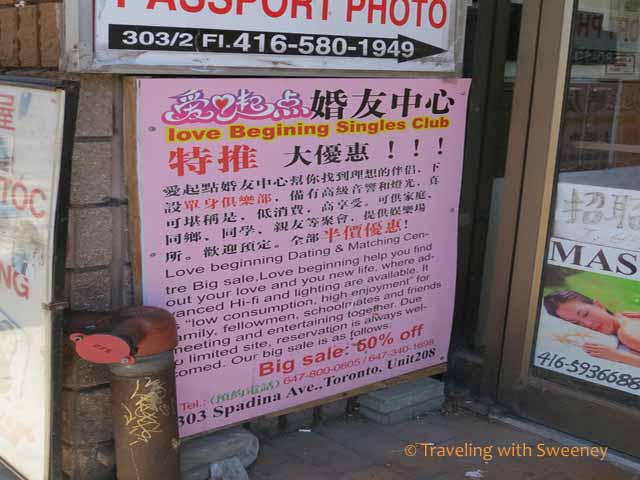 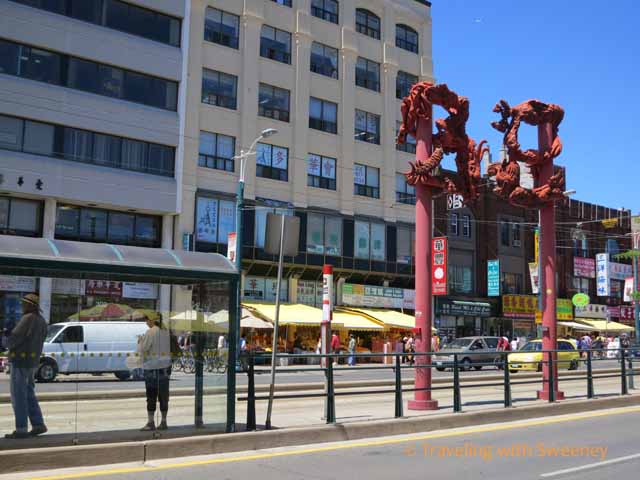 Turning left onto Baldwin Street from Spadina Avenue, the neighborhood transitions from Chinatown to Kensington Market. One of the oldest neighborhoods in Toronto, it’s designated a National Historic Site of Canada. It is a multi-cultural area with eclectic shops, restaurants, galleries and performing arts venues. 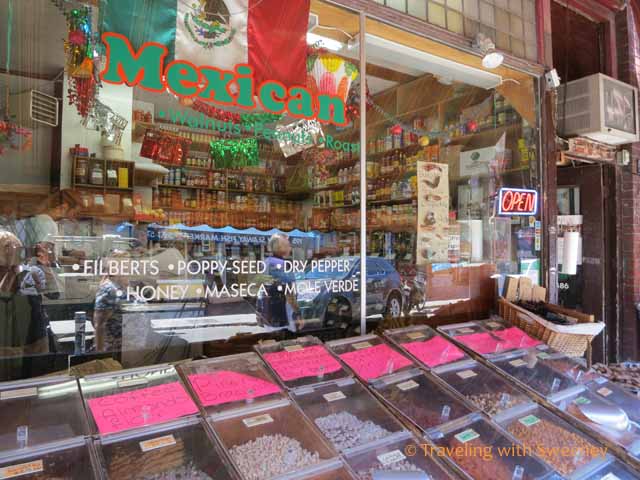 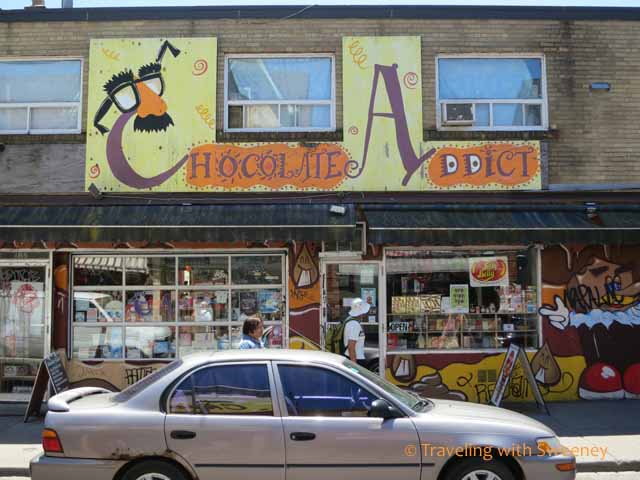 My Kind of Neighborhood 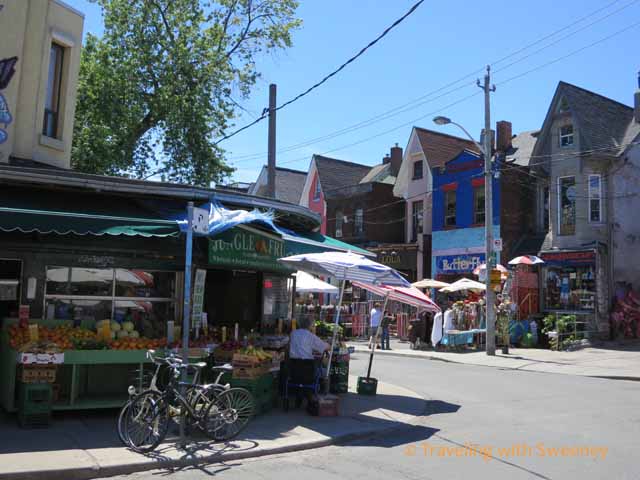 Corner of Baldwin and Augusta 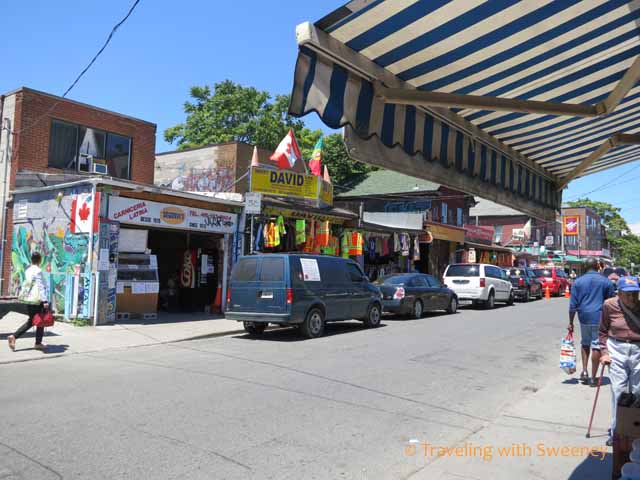 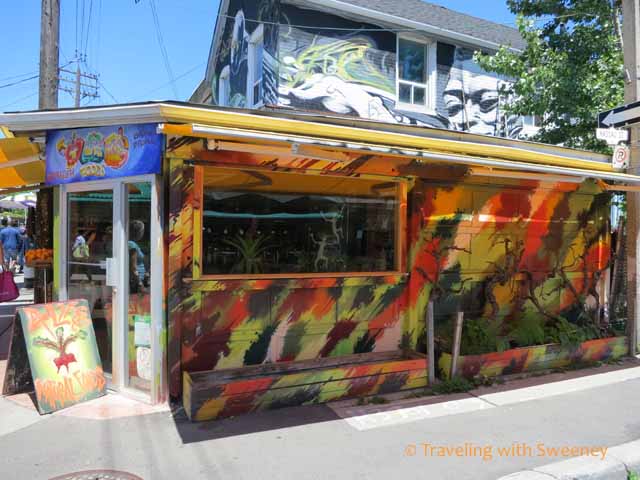 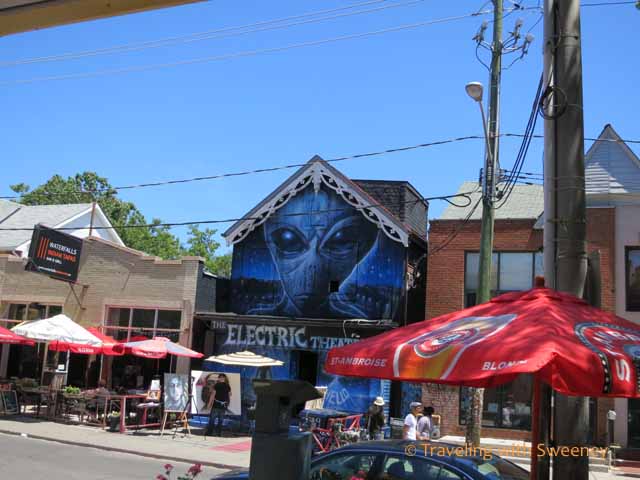 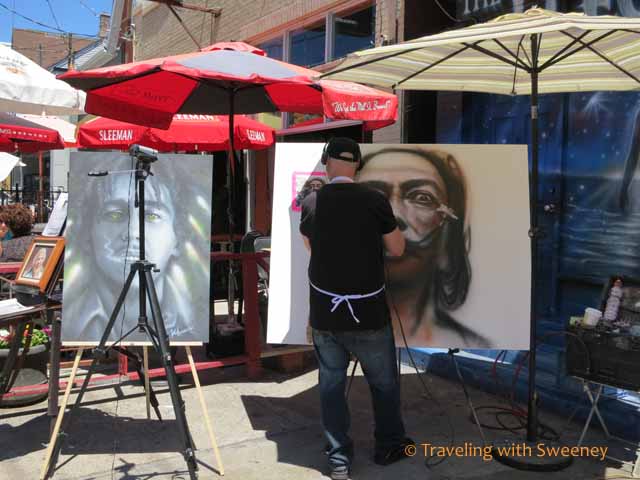 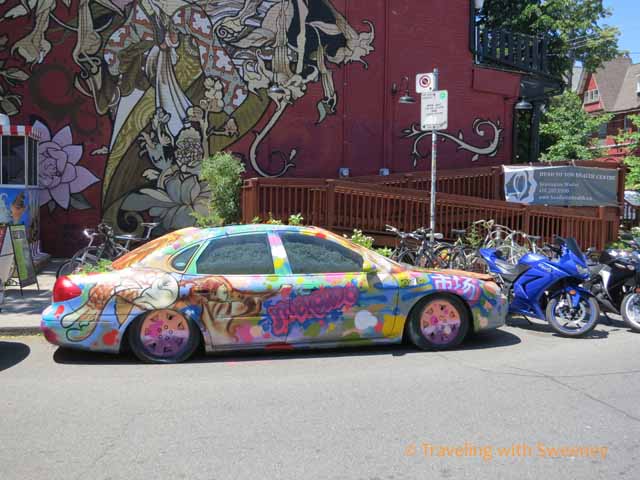 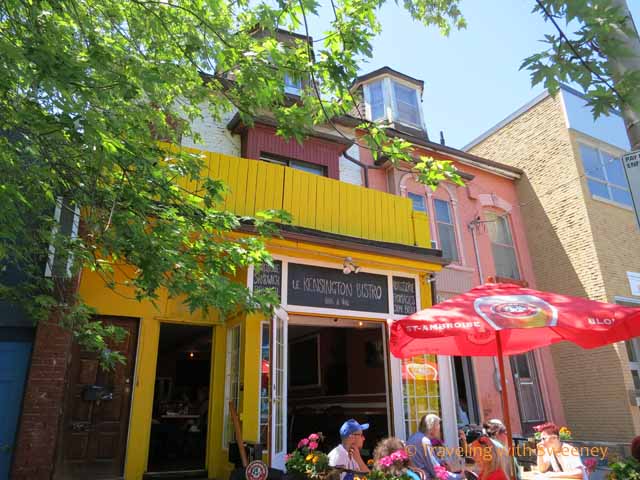