You’re probably aware of the Great Chicago Fire and the legend that Mrs. O’Leary’s cow was to blame. But how many of you know about another fire that took place just 250 miles north of Chicago in Peshtigo, Wisconsin on exactly the same day, October 8, 1871? Although the Chicago fire was devastating, the Peshtigo fire (referred to by locals and historians as “The Forgotten Fire”) actually caused wider property destruction and greater loss of life. 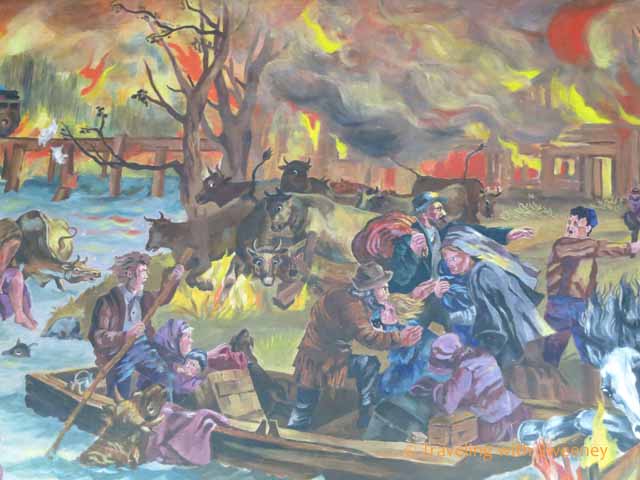 The Peshtigo fire raged through a 2,400 square mile area and killed about 1,200 people. Compare that to the Chicago fire which covered an area of three and a third square miles and took the lives of about 300 people. A common denominator in both events was a prolonged, severe drought in the Midwestern United States. But in northeastern Wisconsin, the drought combined with strong winds to create an inferno from fires burned in the normal course of life and industry at the time. Campfires, stump-burning, “slash and burn” land-clearing practices all contributed. 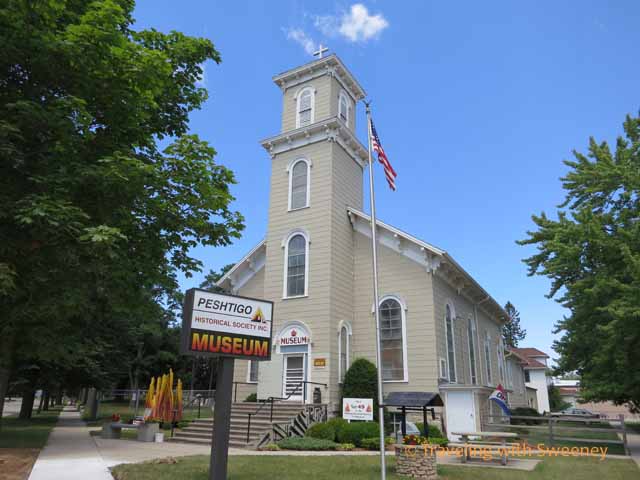 Since 1963, the Peshtigo Historical Society has operated the Peshtigo Fire Museum as a memorial to the victims and survivors of the fire. It’s located in a former Congregational church that was moved from another location in 1927. At the time of the Peshtigo fire, a Catholic Church stood on the site. 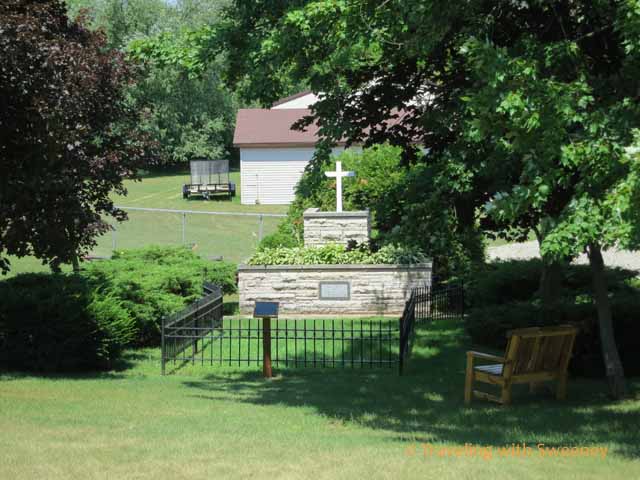 Adjacent to the museum is the Fire Cemetery where victims and survivors of the fire are buried. A mass grave holds the remains of about 350 victims who could not be identified.

There aren’t many artifacts in the museum from the fire itself. After all, nearly everything was destroyed at the time. However, the tabernacle from the Catholic church in the photo below was saved from the fire by the parish priest, Father Pernin. 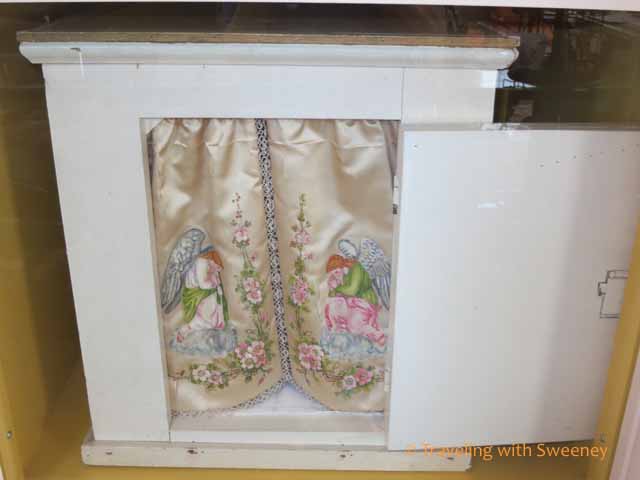 These shards of glass, a charred bible, and a woman’s melted watch are among the few remnants that have been found. The bible was found in 1995 during the course of some work being done near the town drugstore. 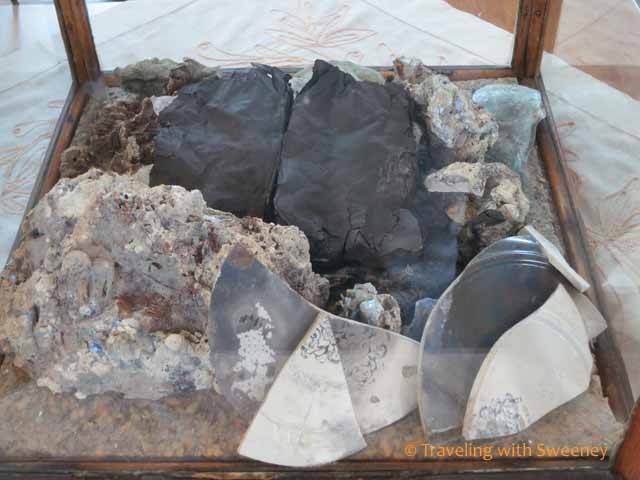 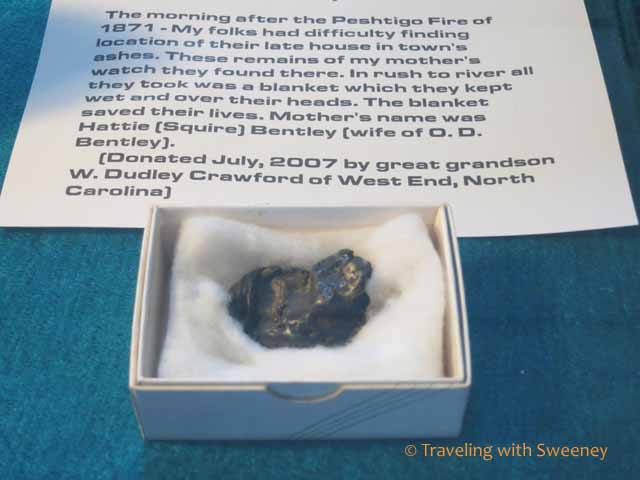 Several exhibits illustrate what life was like during the time of the fire and into the early 20th century with authentic items donated by local residents, including clothing, furniture, glassware, dolls and books. The mannequins might seem a little odd, but on what is surely a low budget, I think the historical society has done a good job in portraying a past way of life. 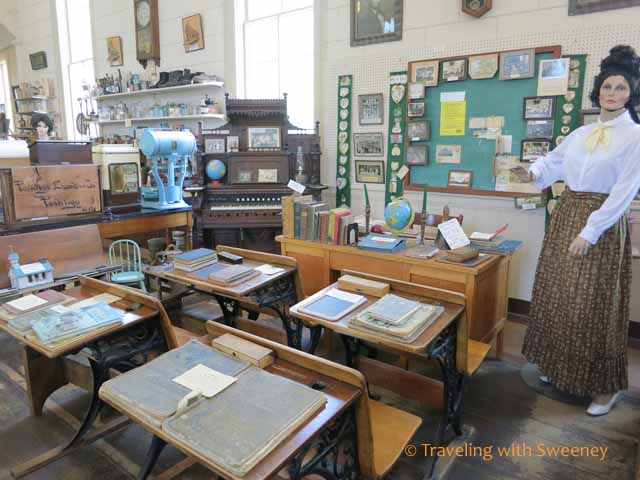 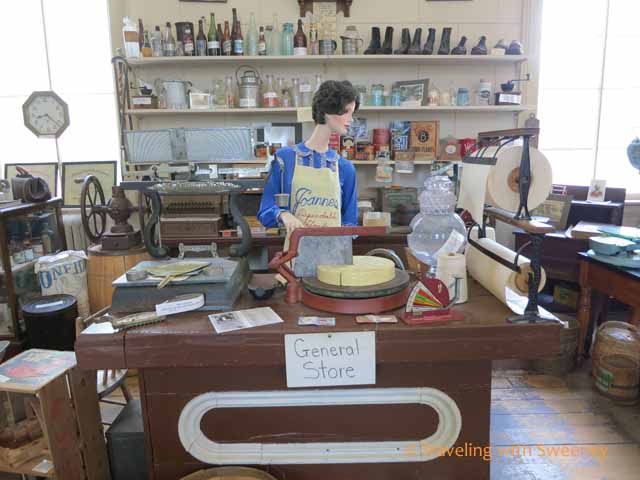 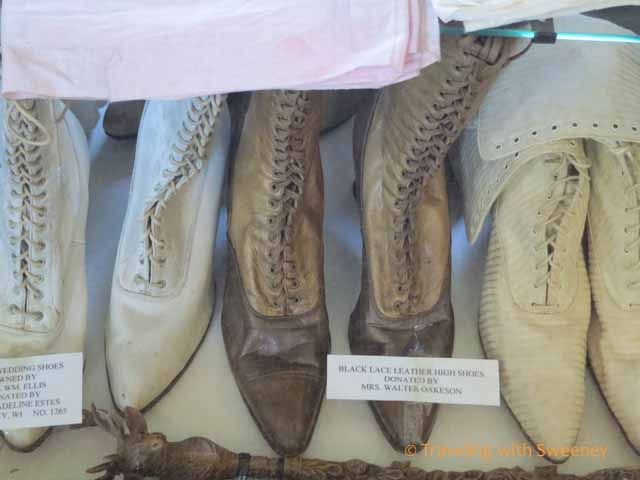 Footwear of the Times

This and That From Other Times

What the museum doesn’t have in salvaged artifacts from the fire, it makes up for with a large, eclectic collection of donated items from various eras. Storage areas behind the museum and in the basement are packed with antiques that represent the post-fire history of Peshtigo and its people. I’m sure I didn’t see everything, but I did take notice of telephone switchboards, a boat made in 1914, old dentist office equipment, animal traps, tools, musical instruments, World War I military uniforms, looms, typewriters, my personal favorite — a vintage Helene Curtis hair dryer, and much more. 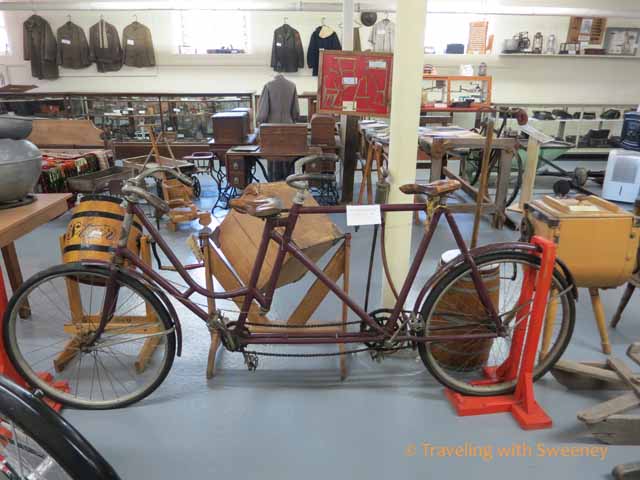 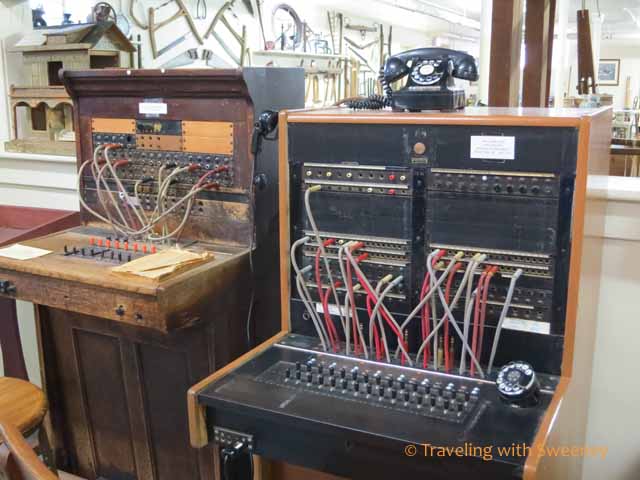 Now you know about “The Forgotten Fire”. I think it’s quite commendable that the historical society has managed to keep the museum in operation for 49 years solely with donations and the aide of volunteers. Pay them a visit if you’re ever in the area.

The museum is open from May to October. Admission is free, but donations are accepted.