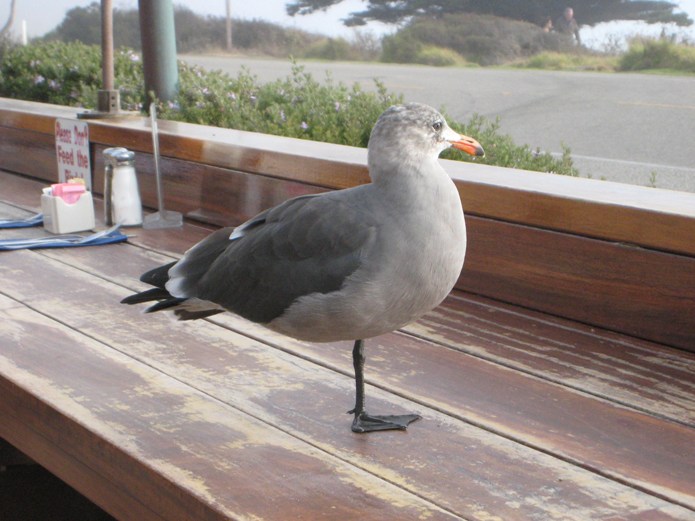 On a weekend getaway, we stayed in Cambria, California after driving down the coast from the San Francisco Bay Area. After a drive along Big Sur and touring the extravagant Hearst Castle in San Simeon, we checked into our hotel in Cambria. Before dinner we took a walk along the boardwalk and stopped at Moonstone Beach Bar & Grill for appetizers and wine on the outdoor patio facing the ocean. This is where we met Freddie, a one-legged seagull that is considered the restaurant’s unofficial mascot. 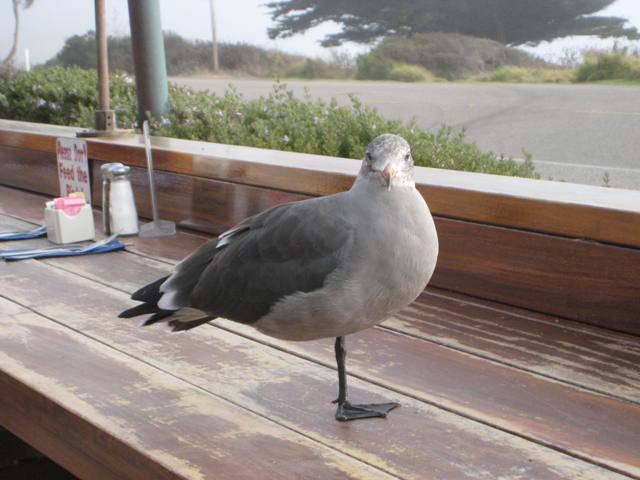 Nearby, a particularly sly gull had an impressive technique. Two patrons were enjoying their entrées while keeping an eye on him hovering on a ledge. 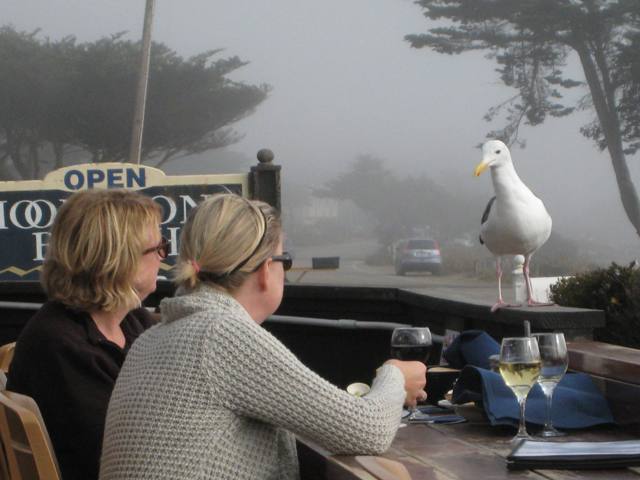 When they finished eating the bird finally made his move, distracting them by snatching a cloth napkin and dropping it into the bushes. Quickly, while they were still distracted, he picked up a leftover bread roll and flew away with his prize. His challenge now was to keep it all to himself. 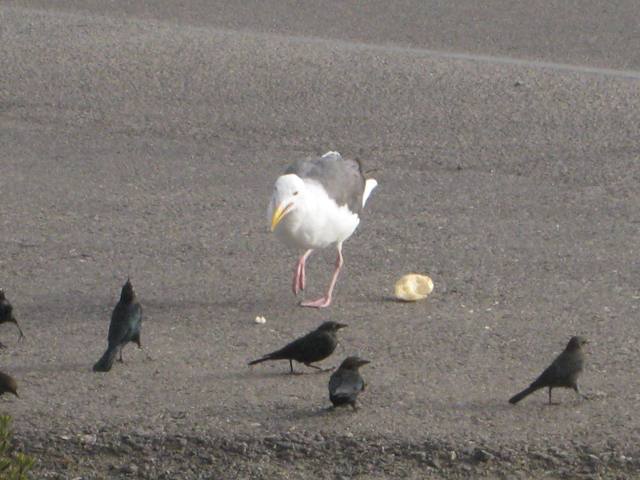 Back again on the path, we came across this little guy welcoming us to lovely Cambria. 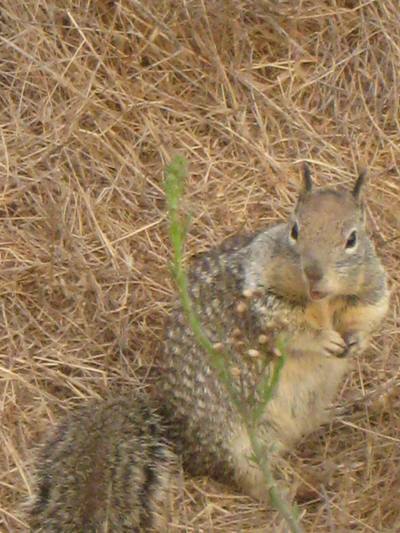 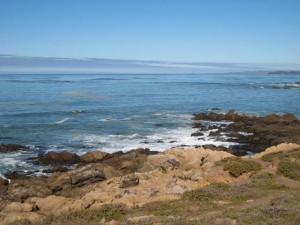 6 thoughts on “Freddie and Friends”