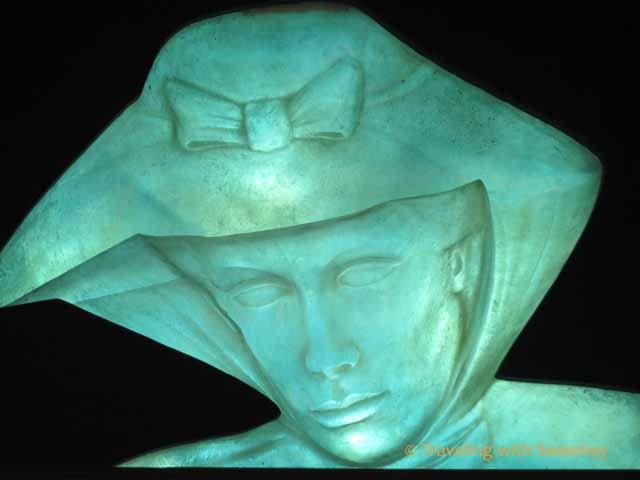 Do You Believe in Ghosts?

Are you an avid seeker of paranormal experiences or do you just get a sudden chill on the back of your neck when visiting spooky places? Perhaps you don’t believe in ghosts at all. I can’t say if there are really spirits from beyond that lurk around us, but I have occasionally been a frightened traveler in eerie places. Let me tell you about the Blue Lady ghost.

Yesterday, I decided to take a drive to the coast for a little lunch and ghost hunting. I was so brave. 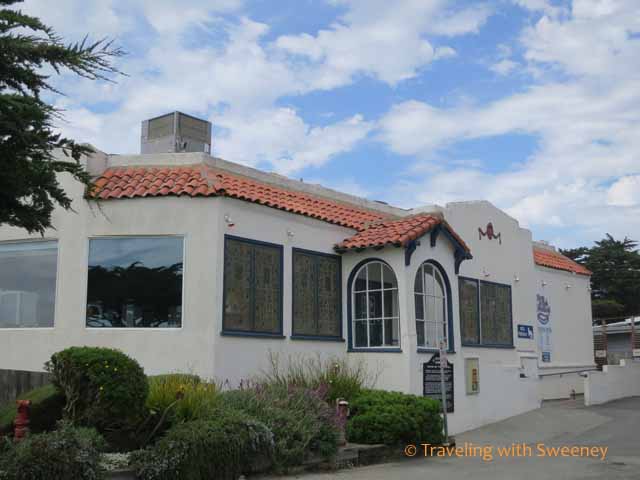 Built by Frank Torres in 1927, Frank’s Place operated as a speakeasy and was popular with silent film stars, notables such as writer Dashiell Hammett, and San Francisco politicians (which explains why it was never raided during Prohibition). Frank’s Place continued to be a successful business even after the Prohibition Act was repealed in 1933 and it’s now known as Moss Beach Distillery. The restaurant is located just off the Pacific Coast Highway in Moss Beach, California seven miles north of Half Moon Bay and about 25 miles south of San Francisco.

Although the sun was shining when I took the photo above, skies were more ominous most of the afternoon, as seen in this photo taken from inside. 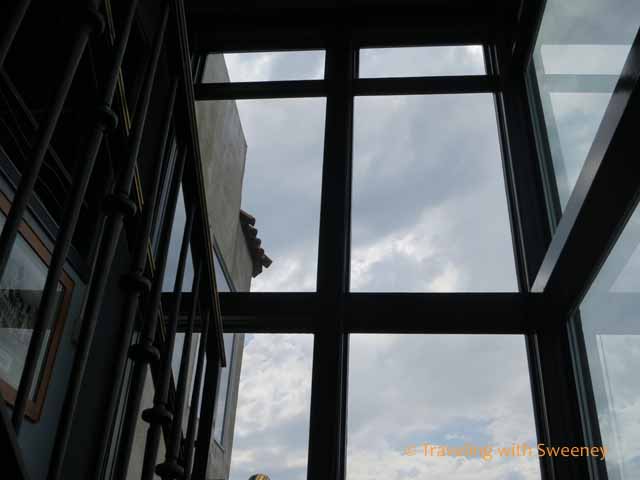 The Lady and the Ghost

Opinions are varied about whether or not the restaurant is haunted, but there are psychics and paranormal investigators who believe that there is a ghost, rather famously known as the Blue Lady. Over the years, restaurant employees and customers have claimed to witness bizarre phenomena such as moving objects, and to have the eerie sensation that there is an invisible presence. Even customers who don’t know the story of the Blue Lady have asked if the place is haunted. From the 1930s to the 1960s, there were many who said they saw the lady dressed in blue, but now she mostly stays out of sight, favoring playful pranks and mischief.

According to those who say they’ve communicated with the spirit, the woman’s name was Elizabeth Claire Donovan. However, psychic Annette Martin says that Elizabeth prefers to be called “Catye”. There are various theories about Catye, a common one being that in the 1930s she was a married woman from San Francisco who had left an abusive husband. She met a handsome man who played the piano at the bar in Frank’s Place and was often there to be with him. One night, her husband found her and a fight erupted between him and Catye’s lover on the secluded beach below Frank’s Place. 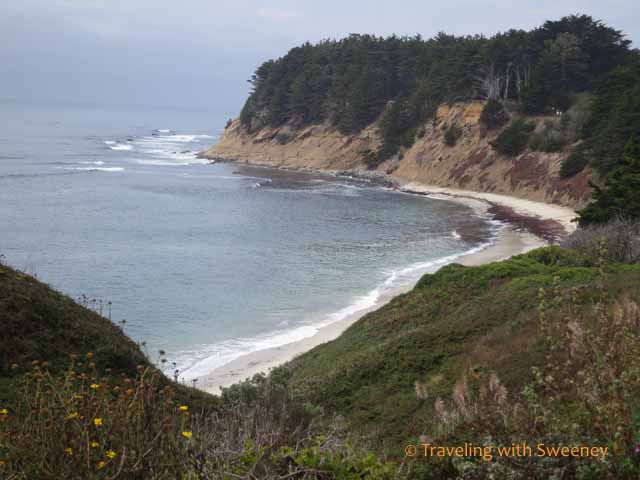 Because there are no reliable records of what actually occurred, the story is pretty hazy. But it’s said that the next morning a beautiful woman dressed in blue was found stabbed to death on the beach — presumably Catye, murdered by her husband. According to legend, her lover was injured in the fight, but was back at the piano the next night; the husband was never found; and Catye continues to search for her lover at the Distillery.

A Table for the Blue Lady 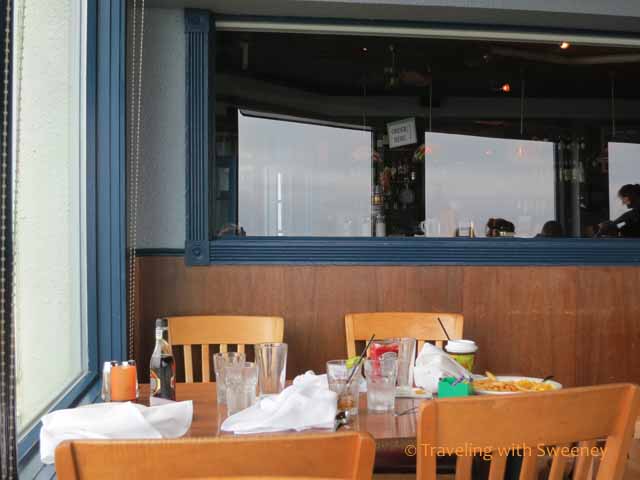 Do you see Catye and her ghostly friends having lunch? Actually, people had just finished lunch and left, but some believe that table to be the Blue Lady’s favorite spot in the main dining room. Other paranormal investigators have said that she is often in the dining area on the lower level. A waitress told me that she has not yet seen any of the ghost’s shenanigans because she’s only been there for a year and always works in the daytime, but she’s looking forward to such an opportunity. 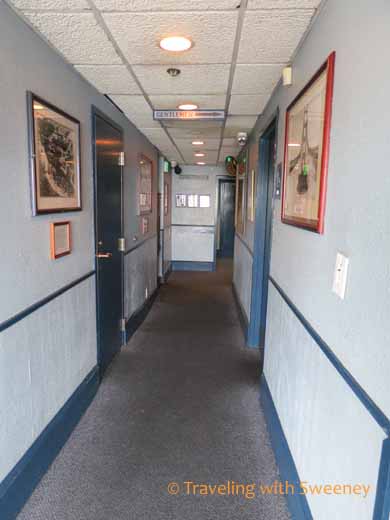 Around the corner at the end of this dark, quiet hallway are the restrooms. I jumped a little as a woman was coming out of the Ladies’ just as I started to open the door. Once inside, I glanced at the mirror in which some have reported seeing the Blue Lady’s image, afraid of what I might find looking back at me. I felt a bit uneasy in there, so I got in and out as quickly as possible! I guess I’m not a very brave ghost hunter, after all. 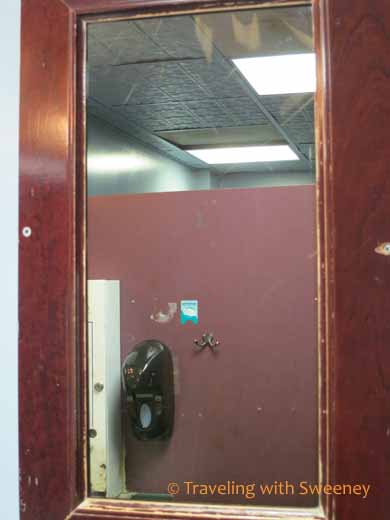 Don’t Be Afraid of the Blue Lady 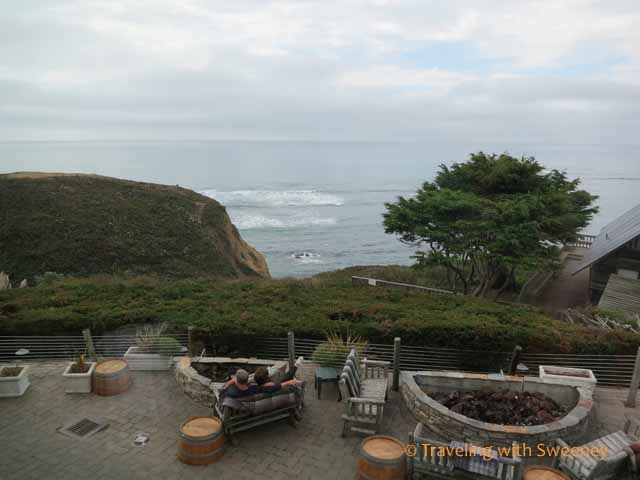 Ghost or no ghost, the Seal Cove Patio on the lower level is a wonderful place for sitting near a fire pit bundled up in blankets on a cool evening while watching a sunset over the Pacific Ocean. It is a dog-friendly patio, so bring your pet if it’ll keep your spirits up. 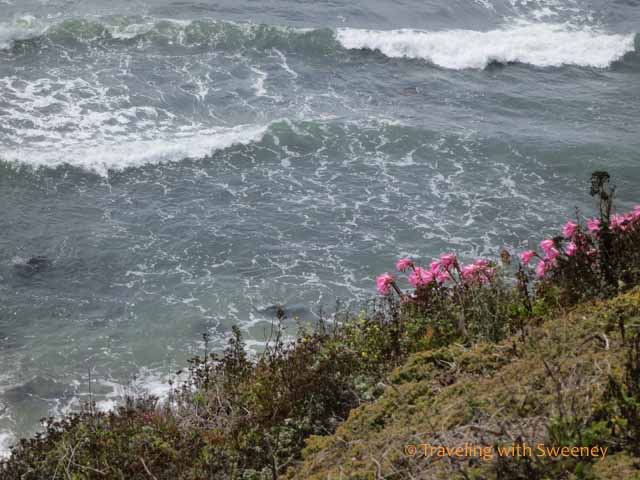 On the Cliff at Moss Beach Distillery

48 thoughts on “The Blue Lady: Ghost on the Coast”