The enchanting island of Tenerife is best known for its excellent weather and stunning natural beauty. While many people travel to Tenerife to simply soak up the sun for a while, the island also has a whole host of other attractions that are just waiting to be discovered. Boasting an excellent tourist infrastructure, which includes an impressive range of hotels and other accommodation options, plenty of places to dine in style, restaurants and a vibrant nightlife scene, Tenerife is an excellent choice for a getaway. 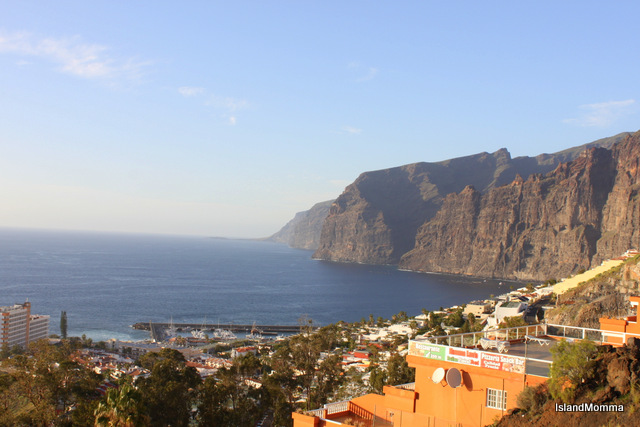 The majority of flights to Tenerife arrive at Reina Sofia, which is located in the south of the island. This airport receives around 10 million passengers from all over the globe each year and is well connected to the rest of the island by public transportation. There is also a second airport on Tenerife, namely Los Rodeos. This airport can be found in the north of the island and mainly provides domestic flights between the other Canary Isles and parts of Spain.

Many visitors to Tenerife choose to base themselves in the capital city of Santa Cruz, which is famous for its museums and historic architecture. Santa Cruz also features lots of shops and markets where visitors can browse for bargains on locally produced handicrafts, eateries that serve traditional dishes as well as international favourites and an impressive range of bars and clubs. Destinations such as Puerto de la Cruz and La Laguna also feature plenty of amenities and receive large numbers of year-round visitors.

Tenerife is an excellent place to explore independently, as stunning natural attractions can be found scattered all over the island. The Cliff of the Giants can be explored just across the bay from the charming resort town of Los Giantes (top photo) and is one of the most famous attractions on Tenerife. Visitors can reach this 800 metre high rock face by boat, and taking a boat trip is also a great way to discover Tenerife. 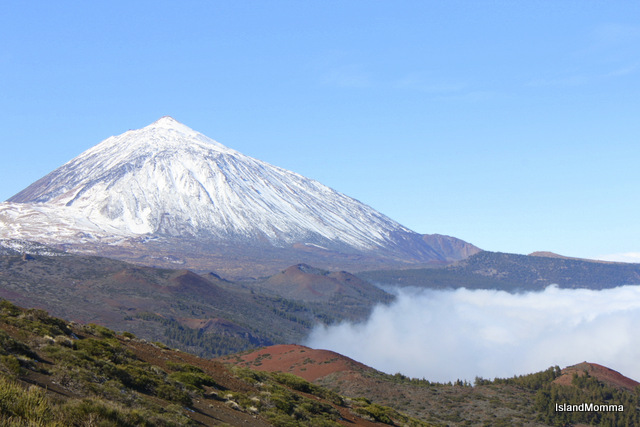 Mount Teide in Winter — Photo by Linda Wainwright of IslandMomma

Spectacular views of Mount Teide, often snow-capped in winter, can be experienced from several points on the island. This volcano measures a mighty 3,718 metres, making it the highest point in all of Spain. Mount Teide forms part of Teide National Park, and visitors can take a cable car to the top of the mountain to wonder at breathtaking views across the whole of Tenerife. 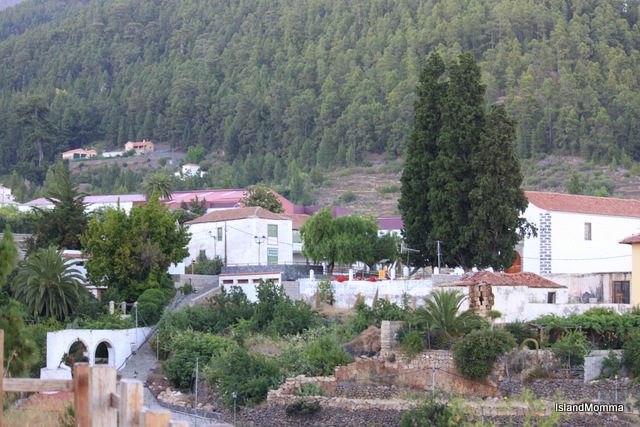 Lovers of wildlife will want to take a trip to Loro Parque, which can be found close to Puerto de la Cruz. This wildlife centre contains a huge collection of animals from around the globe, including the largest collection of parrots in the world, tigers, jaguars, gorillas and Europe’s biggest dolphin habitat. Other Tenerife attractions that should not be missed include the Natural History Museum, Octopus Park, the traditional Canarian village of Vilaflor and, Taganana, which is a remote village that is steeped in history and culture and is an excellent place to sample fresh fish dishes accompanied by locally produced rose wine. You can easily get cheap flights to Tenerife online, so what are you waiting for?

Food and Culture on the Camino de Santiago
Note: This post may contain affiliate links. If you make a purchase through these links, I will earn a commission at no extra cost to you. Thanks!

18 thoughts on “Discover the Canary Isles in Tenerife”