President Obama wasn’t the only person who visited the Facebook offices in Palo Alto, California last week. Just a day later, I did! 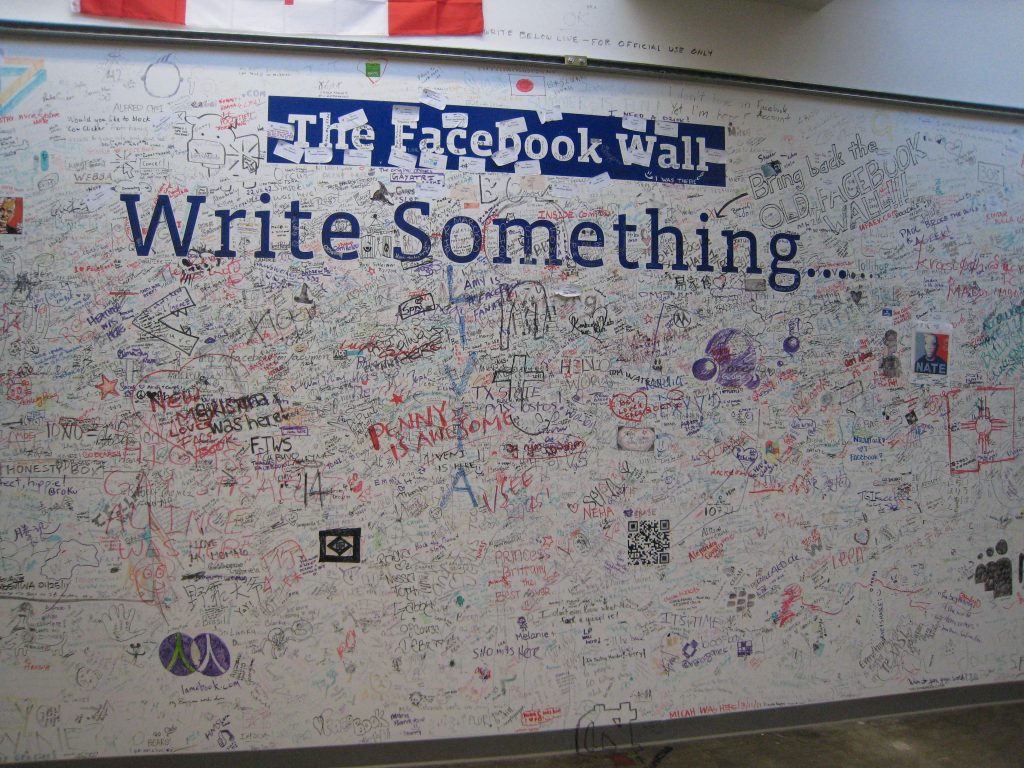 I was shown around the large, open work spaces, while learning about the company’s many benefits and perks. I even caught a glimpse of Founder and CEO Mark Zuckerberg at a meeting in the glass-walled conference room called the “Aquarium”.

Palo Alto has long been a Silicon Valley business center with large global companies like Hewlett Packard as well as emerging technology startups. I like that.

Here are some other things I like about Palo Alto. 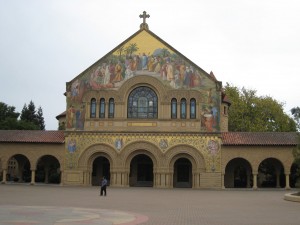 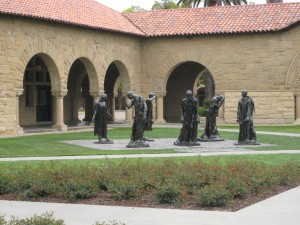 Nearby the Facebook offices is Stanford University, well-known worldwide for its academics and athletics programs. I enjoy walking around the campus to admire the architecture, paying special attention to the interdenominational Stanford Memorial Church at the center of the campus. I also like the Rodin Sculpture Garden and other Rodin outdoor exhibits, The Burghers of Calais and The Gates of Hell. The university’s Cantor Arts Center has over 200 of Rodin’s works. 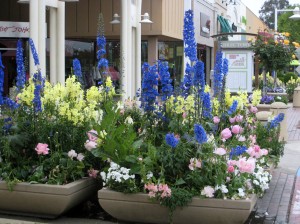 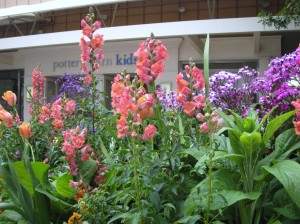 Next to the university is Stanford Shopping Mall with large department stores like Macy’s, Bloomingdale’s and Neiman-Marcus as well designer boutiques in an open-air setting with fountains and flowers throughout. 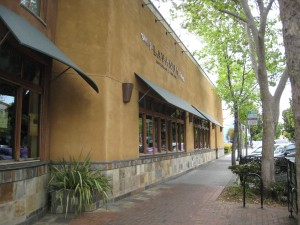 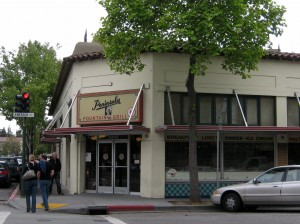 The area of Palo Alto that I especially like is downtown along tree-lined University Avenue and its cross streets. I lived here for several years and loved the tempting aromas coming from the many upscale and eclectic restaurants. Zibibbo, Empire Grill and Tap Room, MacArthur Park, Lavanda, and University Café are just a few. Peninsula Creamery on High Street is a good choice for diner fare like hamburgers, club sandwiches and milkshakes. They even offer a peanut butter and jelly sandwich. 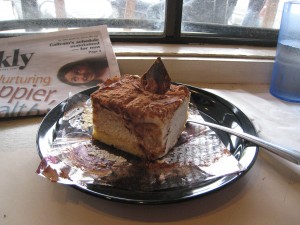 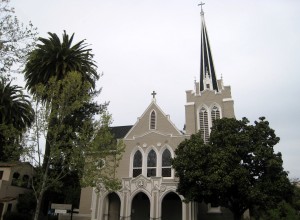 The Prolific Oven on Waverley Street is on old favorite of mine being a non-pretentious coffeehouse with a wonderful bakery. Regulars go there to read the newspaper, meet friends and use free Wi-Fi in the laid-back atmosphere while enjoying coffee and a pastry (in this photo, the Tiramisu Cheesecake).

For film buffs, St. Thomas Aquinas Episcopal Church is just a few blocks from the bakery on Waverley Street. The church was the setting for a funeral service in the cult classic Harold and Maude. The movie was filmed in several locations in the San Francisco Bay Area. 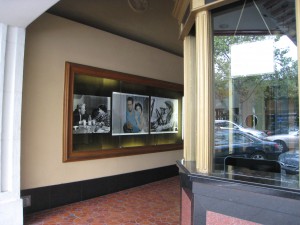 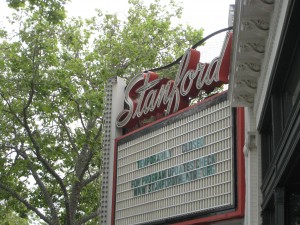 The Stanford Theater on University Avenue opened in 1925 and shows classic Hollywood films. It’s currently closed while they get ready for the next film series, but from April 1 – 18 they paid tribute to Elizabeth Taylor by running many of her movies. There’s even a Wurlitzer Organ that is played during intermissions of some shows to make for an authentic old-time movie experience. 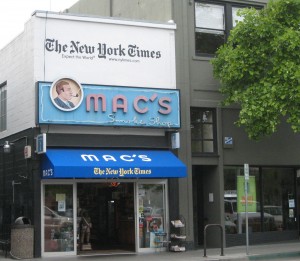 Although many go to Mac’s Smoke Shop on Emerson Street for tobacco, pipes and cigarettes, I like its extensive selection of magazines and newspapers. It’s a small, busy, old-fashioned kind of place.

Right next door at 552 Emerson is a real gem. It is the United Nations Association Center store with items made by grass-roots businesses in developing nations around the world. It is staffed solely by volunteers who are passionate about the shop and the good they do promoting the efforts of the United Nations principles and values. During the holidays, their UNICEF (United Nations Childrens Fund) cards and gifts proceeds go UNICEF. 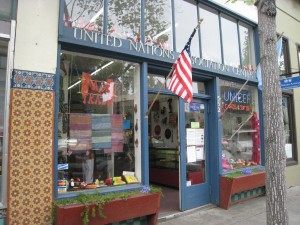 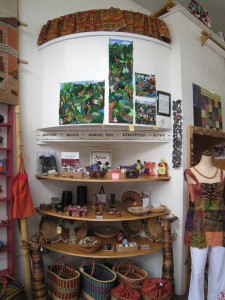 Located between San Francisco and San Jose, Palo Alto is conveniently located for visitors to the Bay Area to spend some time. There’s much here to “like”.