On the train somewhere between Rotterdam and Antwerp, I decided to spend an afternoon in Bruges instead of Brussels. 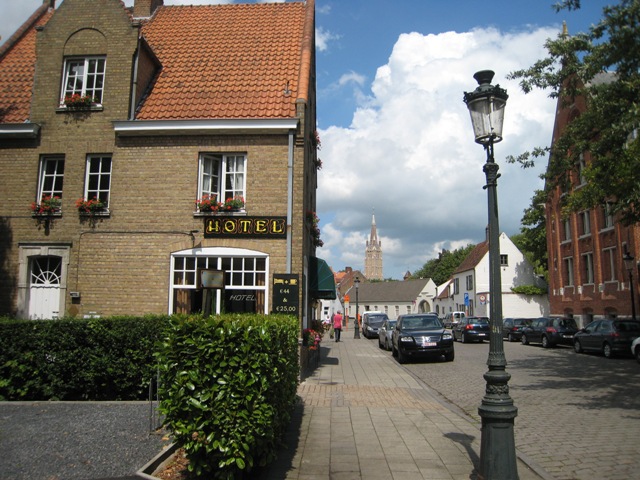 I didn’t have the time to visit both cities or to even spend more than a few hours in either, so Brussels would have to wait for a future trip. In Antwerp I caught a train to Bruges, a medieval city in the West Flanders province of Belgium about 60 miles to the west.

Why Bruges? Until I saw the movie, In Bruges, I admit that I hadn’t even heard of it. I loved the movie (and am a big fan of Ralph Fiennes) which contributed to my choice. But I had also learned that the town center of Bruges is a UNESCO World Heritage Site and attracts visitors for its history, architecture, art, chocolate, lace, canals and charm. In fact, it is known by many as the Venice of the North. 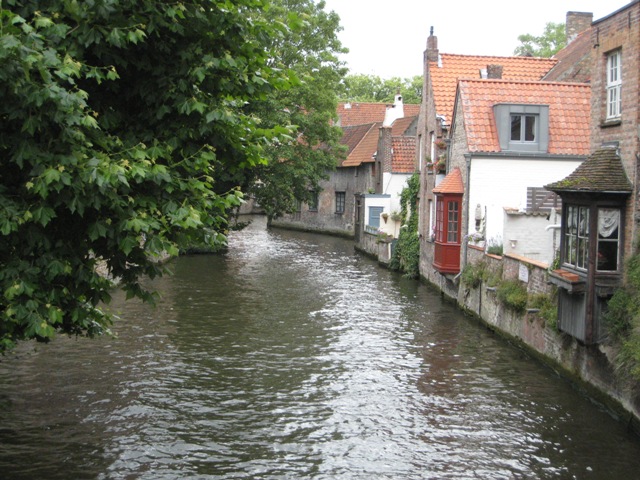 Of course, a few hours wasn’t enough time to visit museums, take a canal cruise or try to engage in conversations with locals; but it was enough time to get a taste of some of Bruges’s old world character, see movie sights, and set priorities for my next visit.

As I exited the Bruges railway station, I immediately saw Belfort (the Belfry) in the distance, a place I recognized from key scenes in the movie and the tower of the Church of Our Lady, the tallest structure in Bruges. Without a map, I walked through quiet and peaceful Minnewater (“Lake of Love”) Park. As the road curved back toward the town center and I passed a small hotel, I was surprised that there were so few people around. I hoped that Bruges’ popularity as a tourist destination may have been exaggerated and I’d have the place all to myself.

But alas, there were many tourists in Bruges! The Markt (Market Square) was bustling with people. After all, it was June and I wasn’t the only person on a holiday. In Bruges, there is often the sound of clip clopping as horse-drawn carriages take tourists on rides through the town.

Across the square, the step-gabled buildings are examples of the Flemish architecture seen throughout Bruges.

Also located on the Markt, Belfort dates back to the 13th century. I wanted to climb the 366 stairs of the Belfry to see the panoramic views of Bruges and the distant countryside, but the tower was closed at the time. Unfortunately, that’s one downside of serendipitous planning! 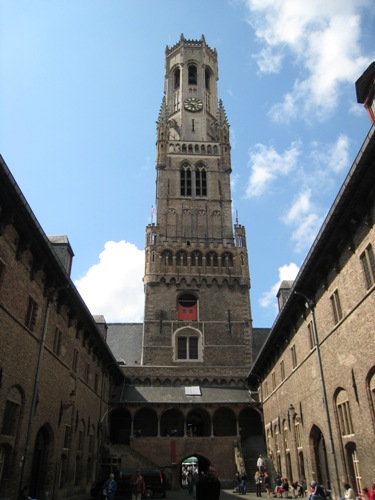 The Provincial Palace (residence of the governor of West Flanders) and post office (to the right) are also on the Markt. The statue on the left in the photo is of Jan Breydel and Pieter de Coninck, revolutionaries in the fight against the French in 1302. 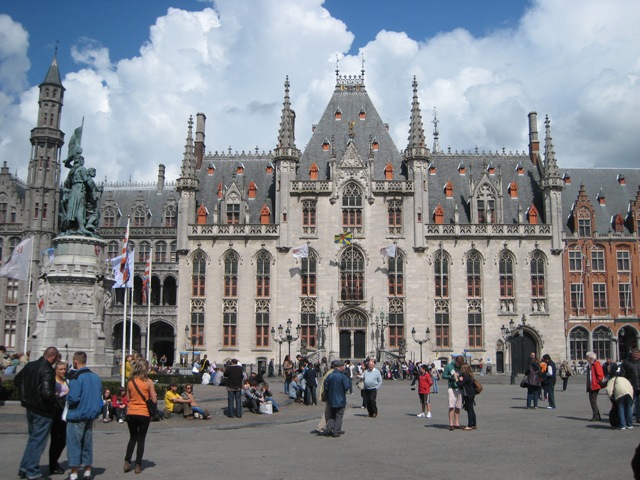 There are many side streets and alleys to explore and get away from the crowds. I enjoyed making random turns just to see where the less traveled way might lead. 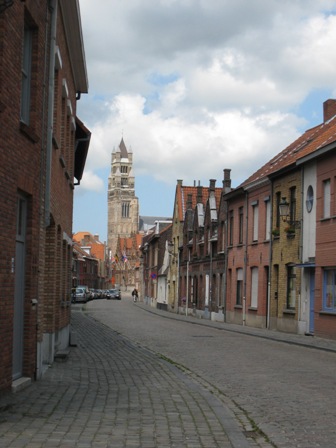 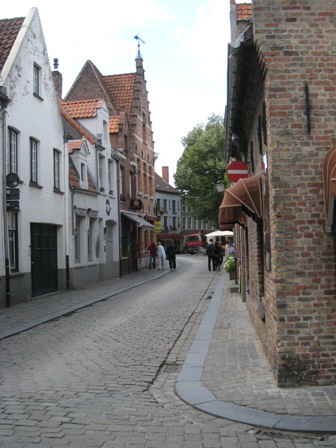 One of those streets led me to Sint-Salvator Cathedral, a prominent landmark that dates back to the 10th century. It seemed a particularly imposing feature of the city with the overcast sky and dark clouds behind it. The weather that day alternated frequently between sunshine, overcast and rain.

There’s so much more that I’d like to see and do in Bruges someday. I’d like to spend more time in Burg Square (next to the Markt and the site of Bruges Town Hall). I’d like to be there for cultural events, go inside historic buildings, view the famous art in the galleries and churches (such as Michelangelo’s Madonna and Child at the Church of Our Lady), and tour its diverse museums. In addition to those with historic significance and artifacts, I’d like to check out the Friet (potato fries) Museum and Chocolate Museum. And I definitely didn’t eat enough waffles and chocolate!

I’d also take a canal cruise, because that’s just one of the things that a person should do — in Bruges. 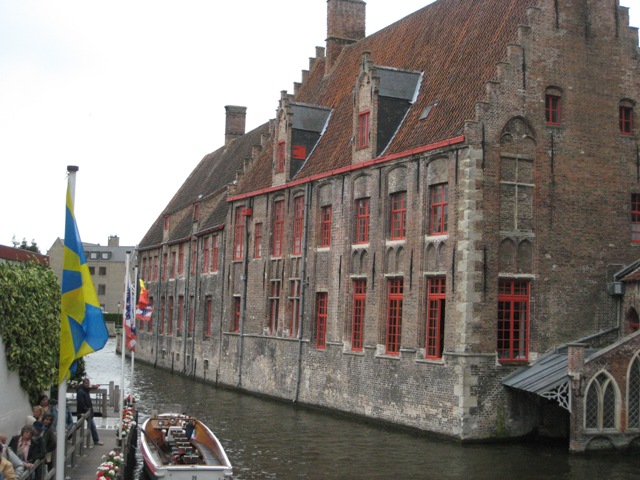