Maybe you’ve wondered about the guy referred to in my blog as “my husband” or included in “we”. Who is my frequent, but obscure travel companion? In honor of Valentine’s Day, I decided to introduce you to my Valentine, Mr. TWS.

He works a lot

If you regularly follow this blog, you know that Mr. TWS isn’t referred to very often. Unfortunately, he’s usually putting in 60+ hour work weeks when traveling. While I’m taking day trips from London to Cambridge, seeing plays in New York, visiting museums in Washington DC and eating bratwurst sandwiches at Christmas markets in Germany, Mr. TWS is in business meetings or working from a hotel room. 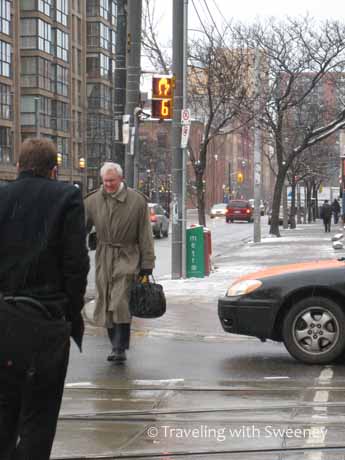 I took the photo of him above as he was in between customer meetings in Toronto and I was roaming around the city. He hasn’t seen much of Toronto on his business trips, so I’d love to get back there with him sometime when there’s no business involved. 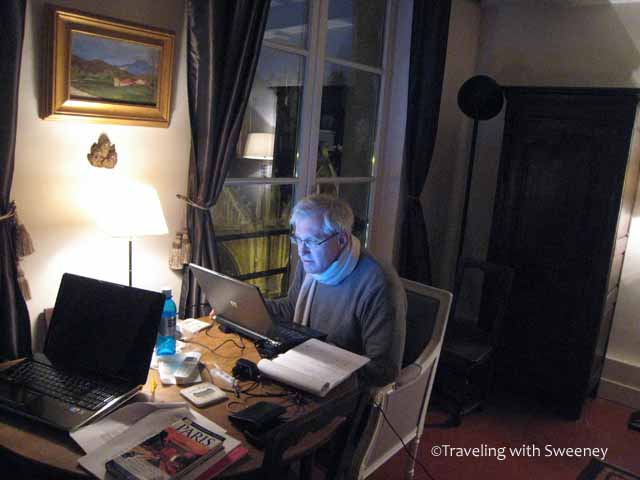 On a trip to Paris in 2010, we stayed in a 17th century Latin Quarter apartment where Mr. TWS had a view of the Gothic Saint-Séverin church across the street while he worked. 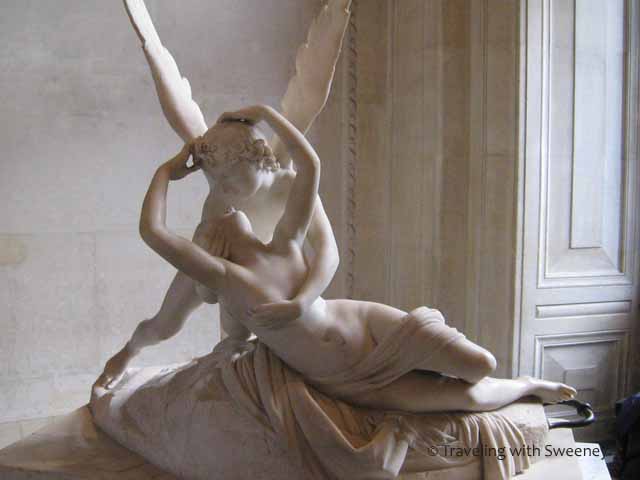 He was able to enjoy some of the the sights and romance of Paris: quiet nighttime walks through the Tuileries from the Place de la Concorde to the Louvre; climbing the sprial staircase to the top of the Arc de Triomphe for panoramic views of the city; and savoring food, drink and atmosphere in cafés and bistros. This was his photo of Psyche Revived by Cupid’s Kiss at the Louvre — such a romantic! 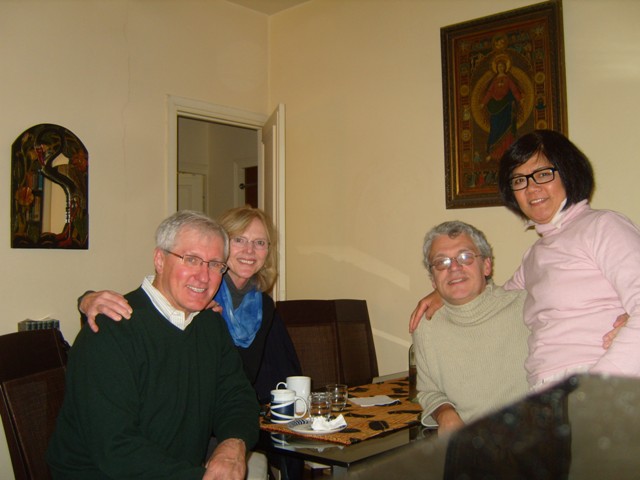 Another highlight for both of us was a visit with our friends, Marlys and Michael Schuermann, publishers of the popular Easy Hiker website. Michael, author of Paris Movie Walks, took us on a wonderful walking tour of Montmartre and several locations where movies were filmed. Mr. TWS is a huge movie fan, so this was a real treat.

He likes a good pint of Guinness 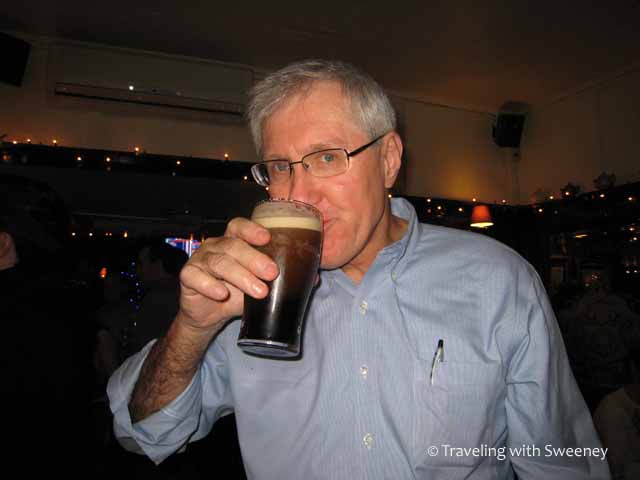 He is always saying that the best Guinness is that which is poured in Ireland. But he still enjoys a pint or two in other places he travels.

He looks nice in a suit

Mr. TWS has said that he felt like a kid whose mom was dropping him off for his first day in kindergarten as I took this photo in Hamburg, Germany before he went in to a business meeting. He patiently agreed that I could take the photo anyway, but I don’t think he expected it would end up in a blog post someday. 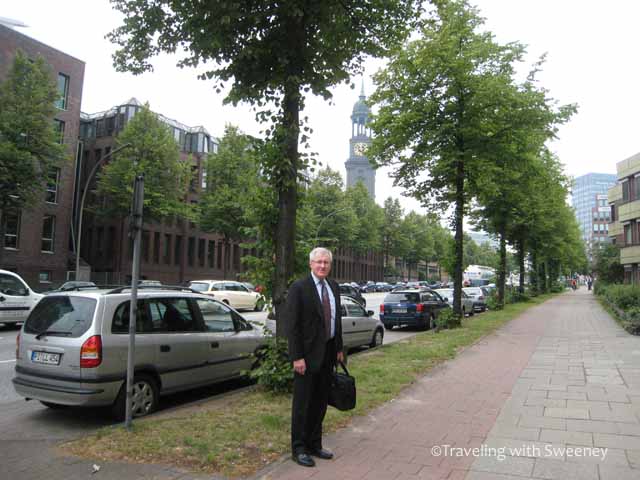 He’s very friendly and enjoys meeting and talking to new people as we travel — and kids and dogs love him! In Berlin, over beers and appetizers we enjoyed conversation and laughs with a couple we met from Cologne. On a train from Interlaken to Lucerne, a Swiss couple told us of their love for Lucerne and gave us advice about what to see there. There are many of those experiences. Sadly, I don’t have photos of them. Well, except for this one of Mr. TWS in conversation with “The Rock” in London. 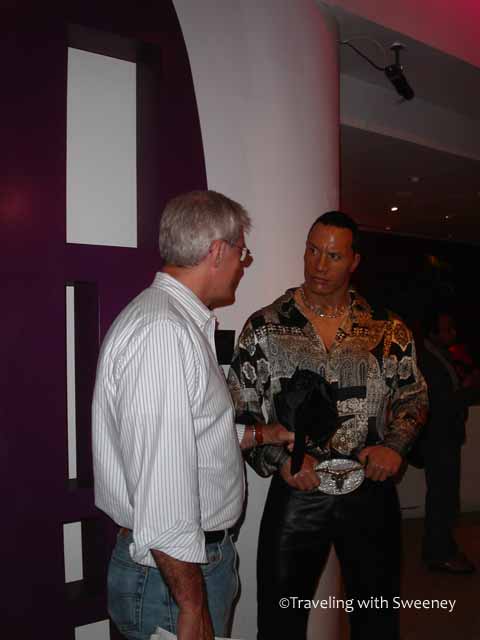 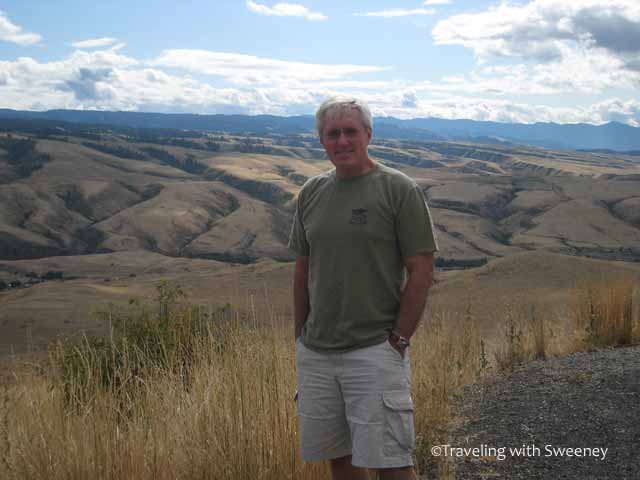 He’s a big fan of driving trips we’ve taken in the U.S. and Ireland. His favorite memory is probably the one we took years ago just after we moved out west and saw awesome scenery at Yosemite; Zion and Bryce National Parks in Utah; and Death Valley. But there have been other great road trips since then. The most recent was through Nevada, Idaho, Montana and Alberta, seeing gorgeous sights like Glacier National Park. 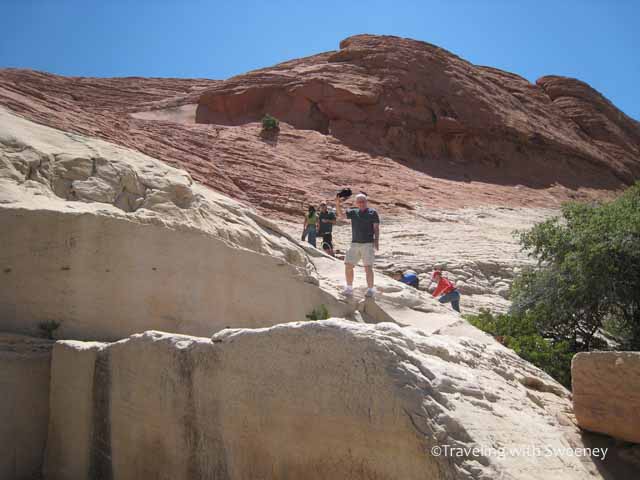 Here he is climbing the rocks at Red Rock Canyon on a trip with friends to Las Vegas last June. Red Rock Canyon is a place our Vegas savvy friends knew would be a healthy escape from the Strip. Mr. TWS isn’t a big gambler, but does enjoy playing a little blackjack in Vegas. 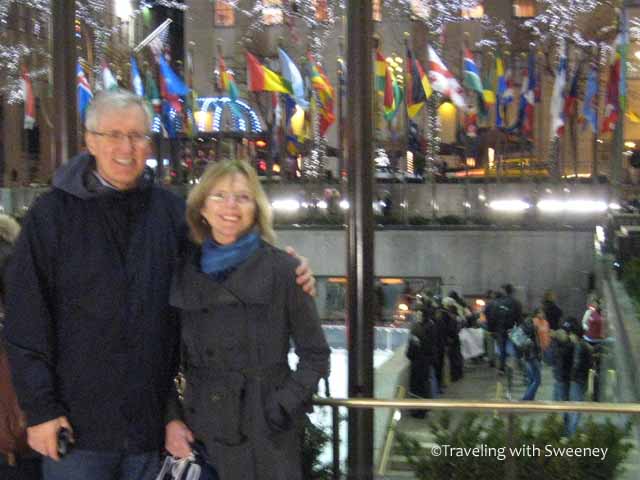 So now you know a bit about Mr. TWS, tell us about your travel companion or special people you’ve met along the way.