More than just a way to get from one point to another, inside passages sometimes intrigue me by their design, visual effects, or historical significance. These photos were taken of passages that compelled me to stop and take a shot while visiting the landmarks where they’re located. 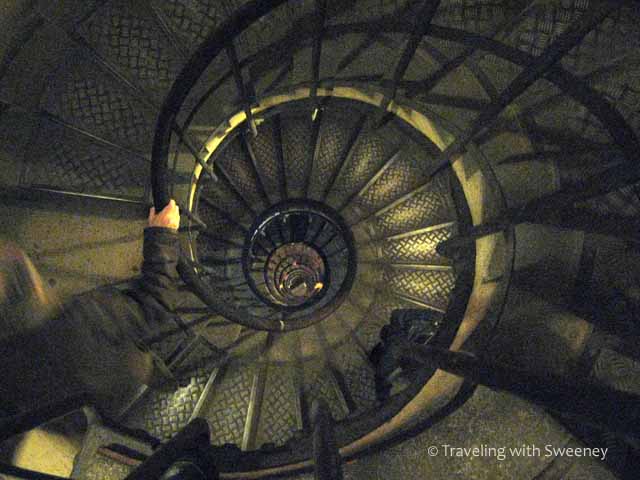 There are 284 steps that lead to a terrace at the top of the Arc de Triomphe in Paris. It’s well worth a climb up this spiral staircase to see the spectacular views of Paris in every direction. In a previous article, A Star for the Soldier, there is more information and a few photos of the views at night. 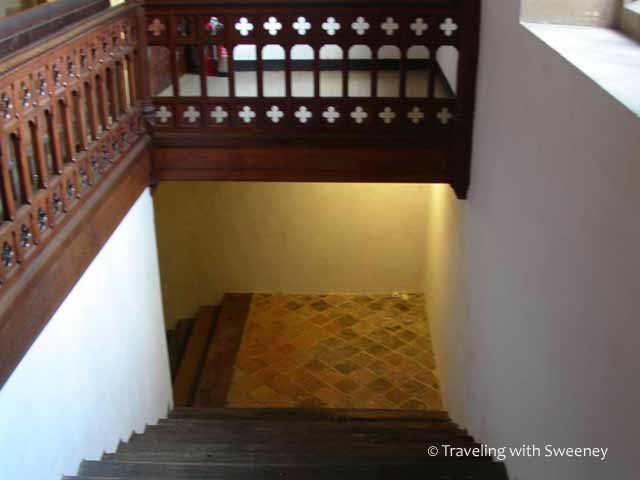 Intended as a residence for the Archbishop of York, Cardinal Wolsey, construction began on Hampton Court Palace in 1514. However, it was later turned over to Henry VIII as a royal palace. This staircase located off of the Horn Room (named for its display of elk horns) leads down to the kitchens. I can’t help but imagine the servants climbing those steps to bring dinner to Henry VIII and his court and think about the stories they could tell. 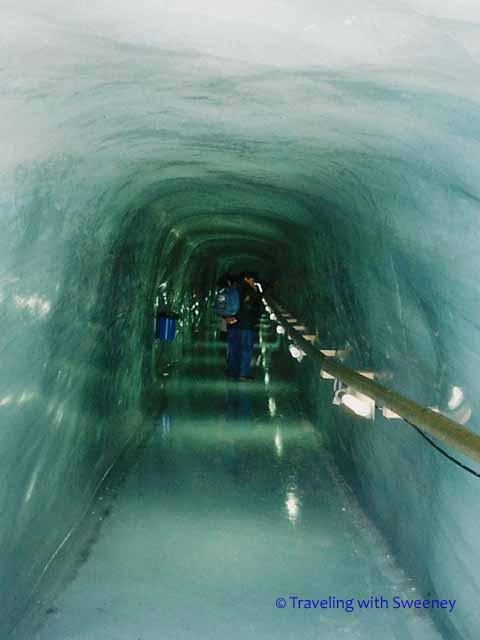 Located in Switzerland’s Bernese Alps, Jungfraujoch is the highest railway station in Europe. From the station, you can enter the Ice Palace, a cavern carved out of a glacier with an extensive and eclectic display of ice sculptures. This photo was taken in a passage within the Ice Palace. 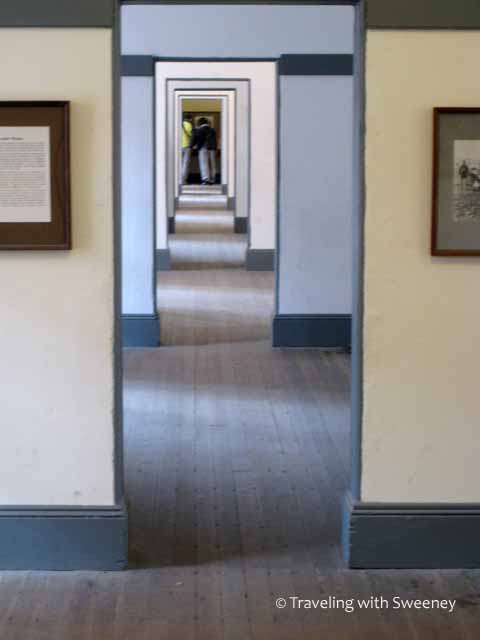 Fort Point in San Francisco was built during the California Gold Rush between 1853 and 1861 to protect San Francisco Bay from foreign attacks, although the fort never actually saw any battles. The photo is taken looking down the hallway that passes through the officers’ quarters. I liked the visual effect of the series of doorways.

The gorgeous hallways of the Louvre are often crowded with visitors as they move from one exhibition to another and gaze at art treasures throughout. 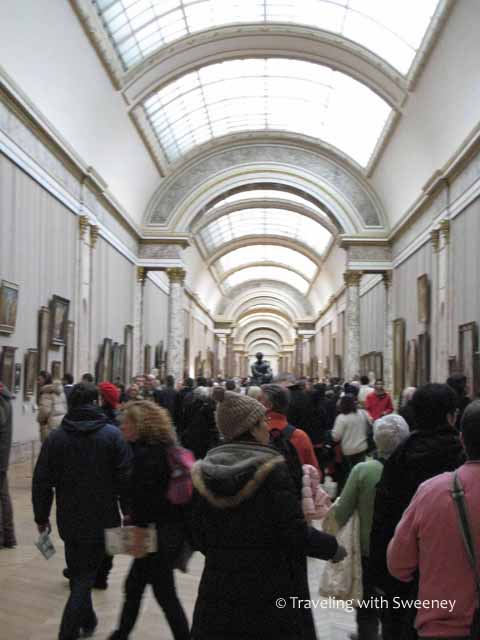 Crowd at the Louvre

What you don’t expect to see at the Louvre is an empty hallway. This photo was taken further along the hall just minutes after the first one. 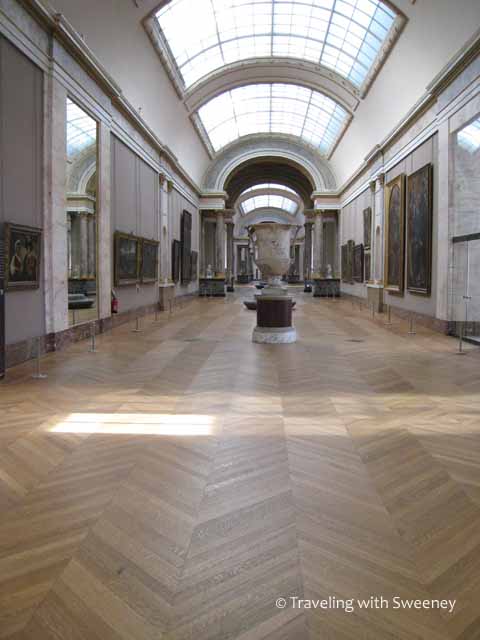 Empty hallway at the Louvre

I’m linking this post to Noel Morata’s Travel Photo Monday series on his Travel Photo Discovery site. Take a look at his gorgeous photos and the links to other submissions.

45 thoughts on “Inside Passages”