And so our Italian adventure began. 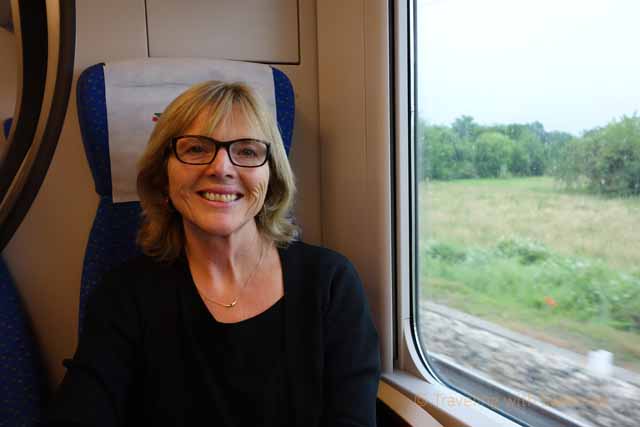 Aboard the Malpensa Express

We had been excitedly anticipating this unique travel opportunity, and now we were aboard the Malpensa Express from Milan’s Malpensa Airport, the best and least expensive way to get to the Milan’s city center. Although our flight arrived early in the morning and I had a touch of jet lag, you can see that I was very happy to be in Italy. 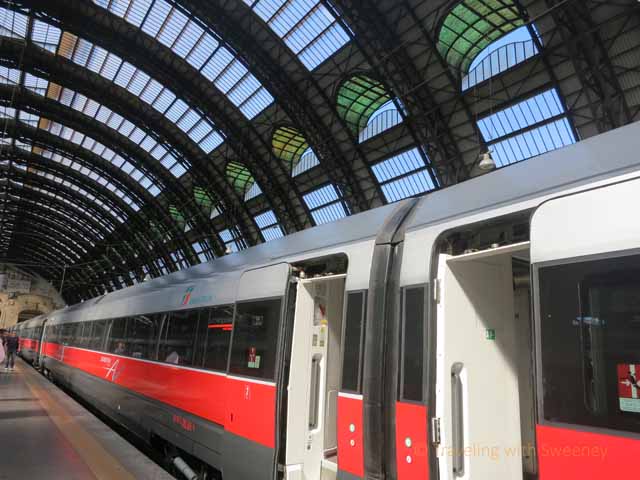 We arrived at Milan’s Stazione Centrale, ready to make our way through Italy’s second largest railway station, both in size and traffic. Opened in 1931, it was designed by architect Ulisse Stacchini in 1912, but construction was slow due to World War I and poor economic conditions. Enhancements to the platform design and the addition of the steel canopies were later made by Alberto Fava as Benito Mussolini wanted the station to be symbolic of the strength and power of the fascist regime. 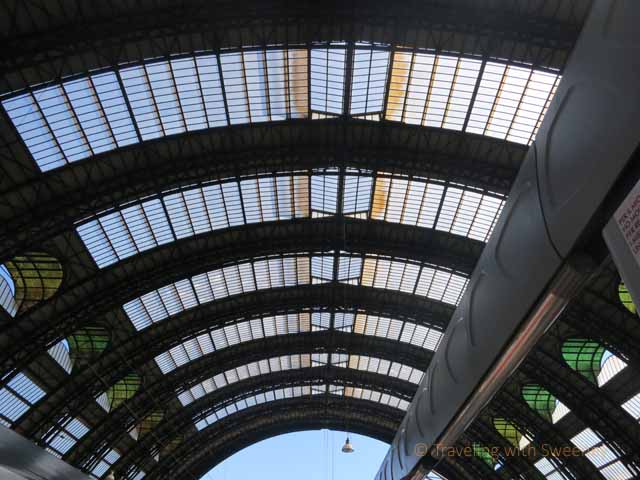 The architectural detail of the station is quite beautiful. We were eager to get to our hotel, so we didn’t stop for all of the photo opportunities along the way. I wish that we had, but hope these photos capture some of the station’s ambiance. 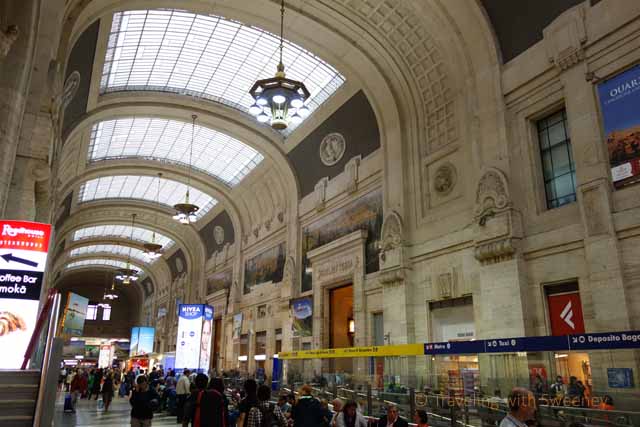 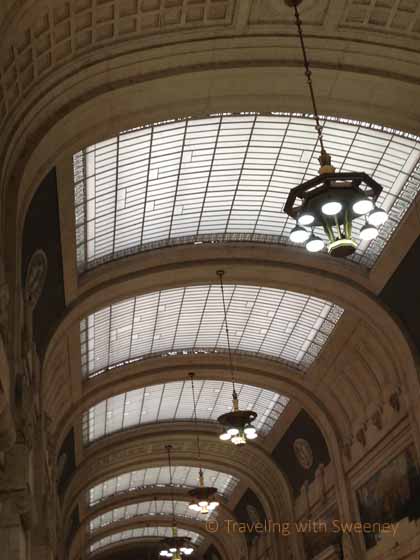 We also decided to purchase our tickets for our trip to Bologna two days later and a valuable lesson was learned. With only a few Italian words and phrases in my vocabulary and feeling tired, it was a bit of a challenge dealing with the ticketing representative who indicated that his English was about on the same level as my Italian. Looking over the counter at the small type on his computer screen to confirm our tickets, we felt it all looked good and we left the station for the Four Seasons Hotel Milano.

Two hours later, we were back at the station after I realized that our tickets were printed for the wrong day. In fact, they were valid for that very day for a train now already departed — meaning that our ticket cost was lost (if you miss your scheduled train, the ticket is voided with no refund). But the story has a happy ending, because the customer service people were extremely helpful when we returned and explained what had happened. They gave us full credit and reticketed us for the proper train. Tip: Look at the ticket information very, very carefully before it is printed. Check date, time, destination, etc. Don’t assume anything, especially when there’s a language issue because you will most likely forfeit the cost of the ticket and have to repurchase; you may also miss your train!

That was the beginning of our diverse, nearly three week stay in Italy. Stay tuned for much more about it all.