I was walking around the downtown Historic District when I came across Market Square. People were relaxing and enjoying the pretty spring day or having lunch outside at Niko Niko’s. It was an inviting scene. I was admiring the fountain and flowers directly in front of me as I entered the square and then noticed a small bust sculpture on my left. 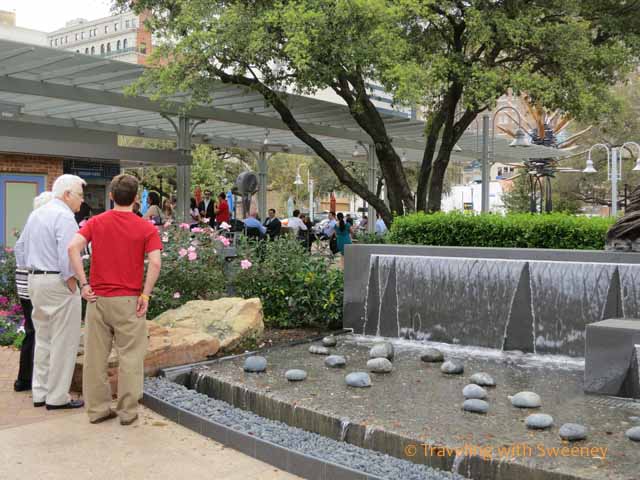 At a different time I might not have paid much attention, but on that day I walked over for a closer look. I was moved to learn that the bust portrayed Lauren Catuzzi Grandcolas, a former Houston resident who died on Flight 93 that crashed in Pennsylvania on September 11, 2001. 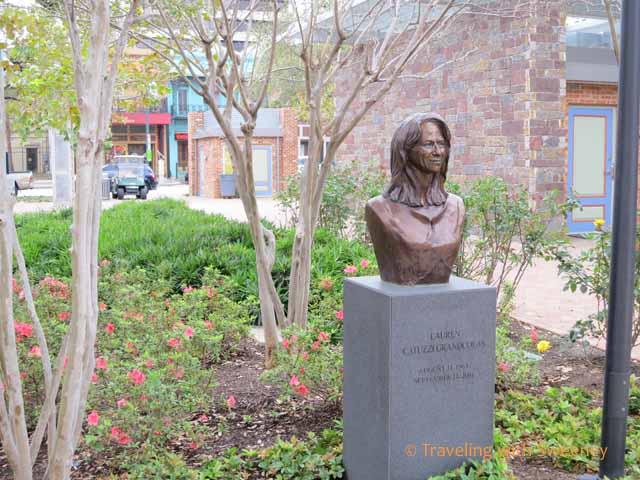 After the attacks, Lauren’s parents started the Lauren Catuzzi Grandcolas Foundation, which supports charitable programs and organizations that were of interest to her. The foundation worked with the City of Houston to open this memorial in 2010. 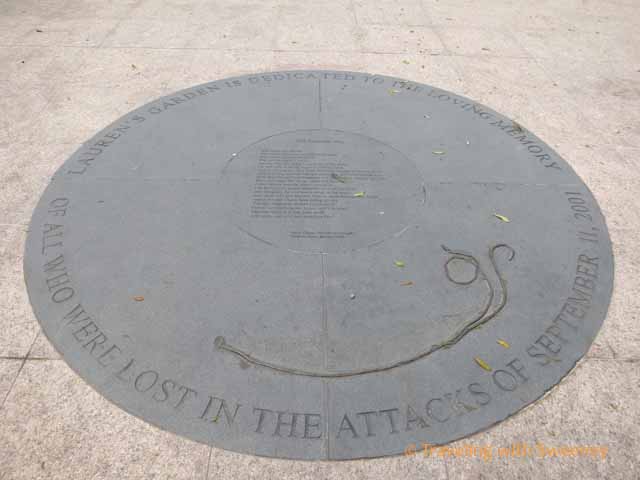 As the sidewalk plaque reads, Lauren’s Garden is a tribute to “… all who were lost in the attacks of September 11, 2001”. 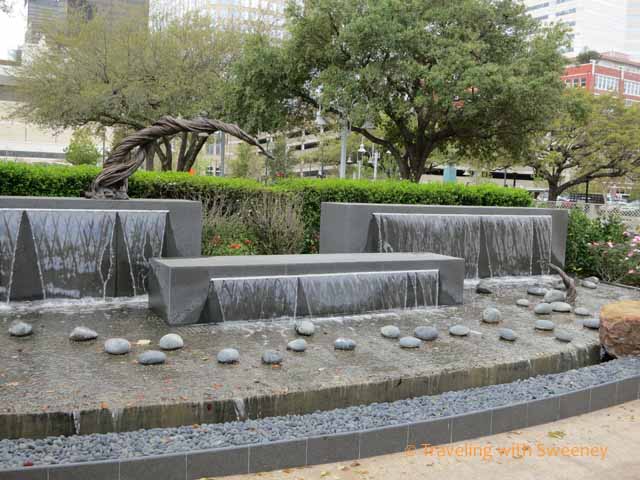 There are 3,000 pebbles in the fountain symbolizing the number of people who died on 9-11. The vine sculpture at the back represents growth and life.

Later, as I looked up information about the memorial, I learned that Lauren had been living in San Rafael, California, north of San Francisco, with her husband at the time of her death at age 38. There is a memorial for Lauren here, too. Marin General Hospital in nearby Greenbrae named a birthing room after her. Lauren was three months pregnant when she perished in the crash.

These are fitting and moving tributes to Lauren Catuzzi Grandcola as well as all those who died on 9-11. Yet, I wouldn’t have known about either of them or learned about Lauren if I hadn’t taken that extra few minutes in Houston. Not only do the famous memorials have something to tell us, there are tributes and messages in places where we might not expect to find them. 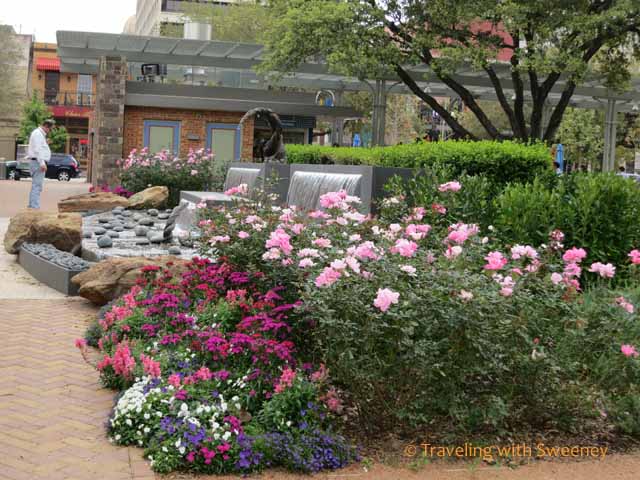