Lunenburg, Nova Scotia is one of the most photogenic small towns I’ve visited in North America. 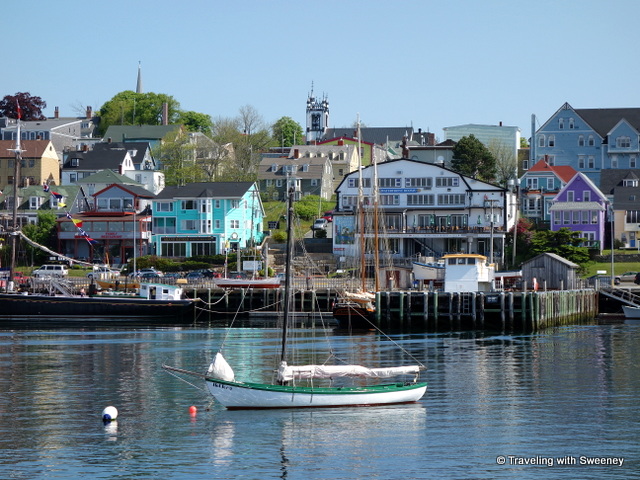 Lovely Lunenburg seen from the harbor

Located on the province’s picturesque South Shore, Lunenburg captured my attention from the moment I drove into town on my Nova Scotia road trip. Colorful old buildings line the streets that stretch up the hill from the harbor where fishing boats bob along the wharf and head out to sea. 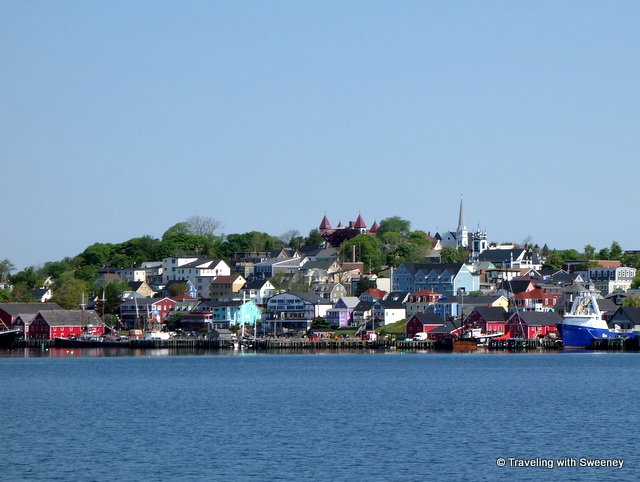 Lunenburg seen from the harbor

Lunenburg is one of only two urban communities in North America that is designated as a UNESCO World Heritage site, recognized as being the best surviving planned British colonial town on the continent.  Old Town Lunenburg was recently recognized by Canada Post in a special commemorative stamp issue celebrating Canadian UNESCO sites. The Lunenburg stamp depicts a scene from a vantage point near those in the photos above and below. 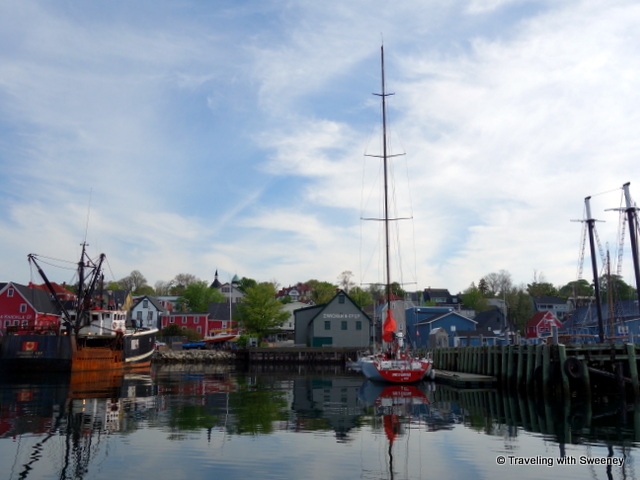 View of Lunenburg from the harbor

In keeping with British colonial policy, Lunenburg was built as the second “model town” (after Halifax) in June 1753 and settled by German-speaking Protestant German, Swiss and Montbéliardian French colonists. The policy dictated that the towns would have seven north-south streets, 48 feet wide (with the exception of King Street, which is 80 feet) and intersected at right angles by nine 40 feet wide east-west streets with blocks divided into 14 lots of 40 by 60 feet each. Although there are 21 North American settlements which were designed with this plan, Lunenburg is the only one that has remained in such excellent condition, maintaining much of its original appearance.

There’s more to tell about the history, mystery, and attractions of Lunenburg. But for now, I’ll give you a glimpse of the color and character of this lovely town.

King Street in Old Town Lunenburg, nicknamed “UNESCO Fresco”, has a number of dining, shopping, and lodging establishments in charming landmark buildings within short walking distance of the harbor and other attractions. The view shown below is from Memorial Park where a monument honors citizens of Lunenburg and the surrounding area who died in World War I. The colorful buildings on King Street include Cilantro – The Cooks Shop, a family owned-and-operated kitchenware retail store, and the adjacent Rime Restaurant. 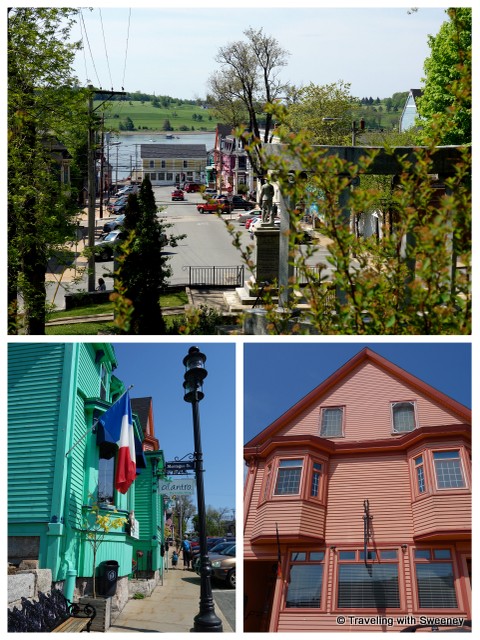 Also on King Street is the main building of the Mariner King Inn where the reception, breakfast room and several guest rooms are located. And…. there’s also a ghost who some claim to have seen around the inn and from outside in the top window looking out to sea. 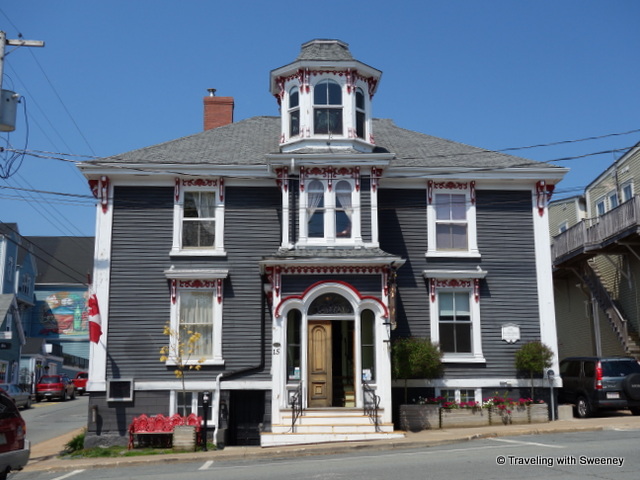 At the corner of King and Pelham Streets  is the Mariner King Inn’s aptly-named Cranberry Suites addition where I spent two nights in a top floor suite overlooking King Street. As far as I know, there isn’t a resident ghost in this building, but I was alert for one. 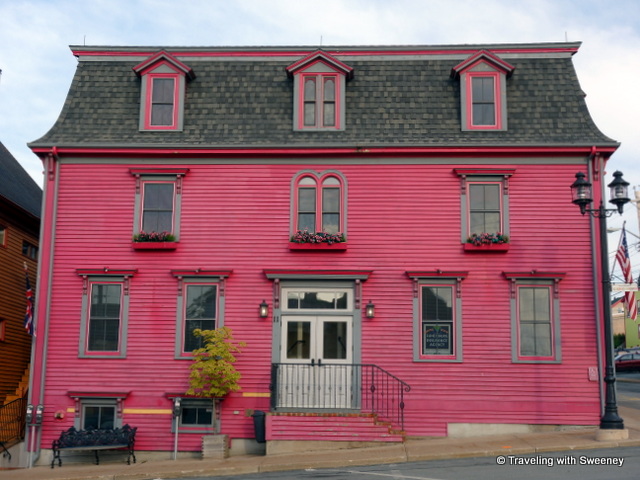 Heading toward the harbor and turning left onto Montague Street from King Street, I spotted a horse-drawn carriage in the distance. It seemed to better suit the ambiance and architecture of the shops, inns, restaurants than the vehicles parked along the street. 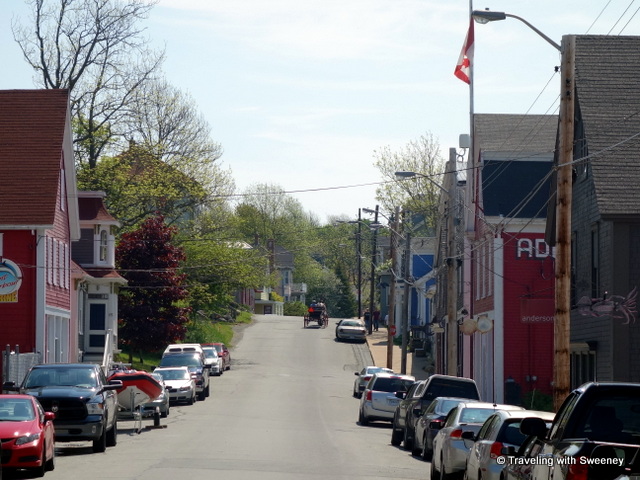 Horse-drawn carriage at the end of Montague Street 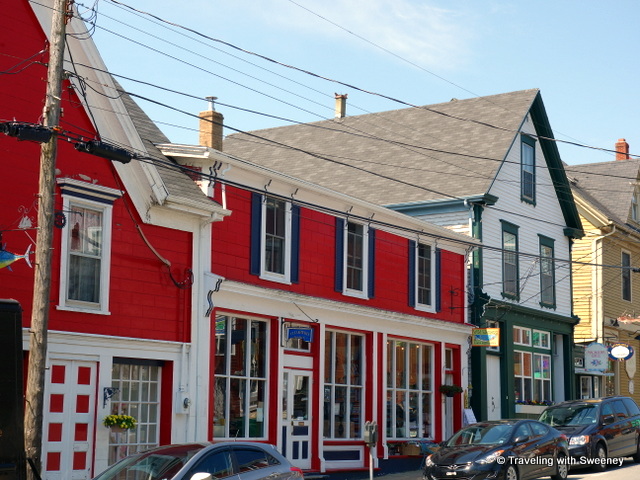 Elizabeth’s Books and other shops on Montague Street 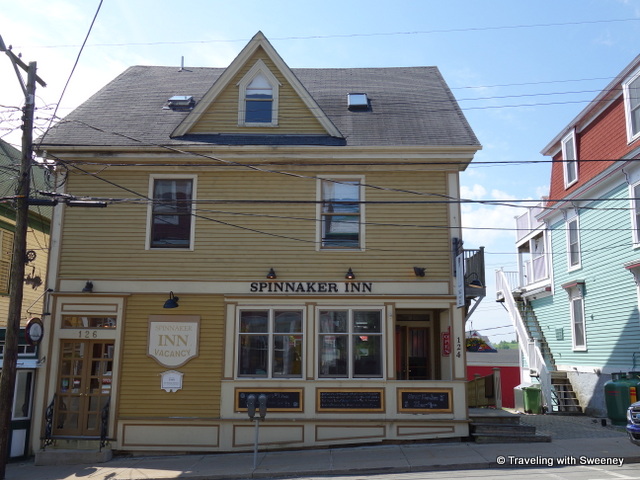 Two-thirds of Lunenburg’s buildings date from the 19th century and at least eight are from the founding period during the 18th century. Many of them have historic property designations. These are just a few of those that caught my eye. 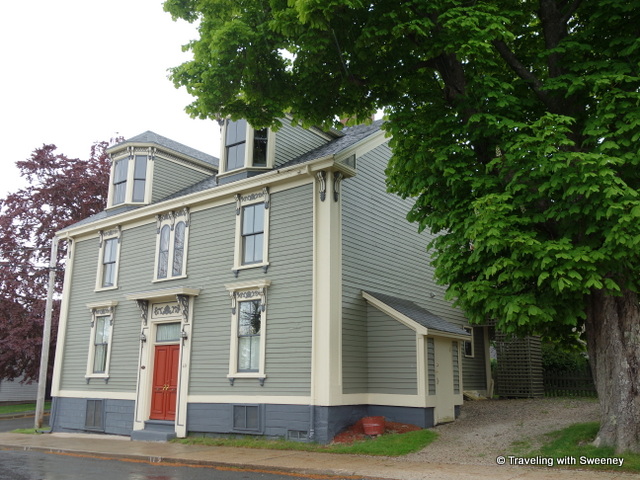 At 49 Cornwallis Street is the Finck Holder House (above) which was built in 1829. At the turn of the 20th century, Mr. Finck boarded up all of the windows on the north side of the house in an effort to protect his daughters from the eyes of peeping Toms living in the tenement house next door.

Built in 1888, the Allan R. Morash (above) house is a large, two-story house with a central “Lunenburg bump”, a dormer characteristic of many homes in Lunenburg. 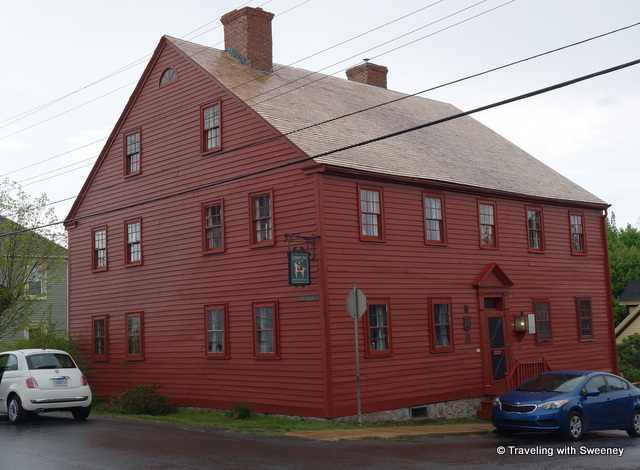 The Lennox Inn (above) was built in 1791 and is the oldest continuously operating inn in Canada. 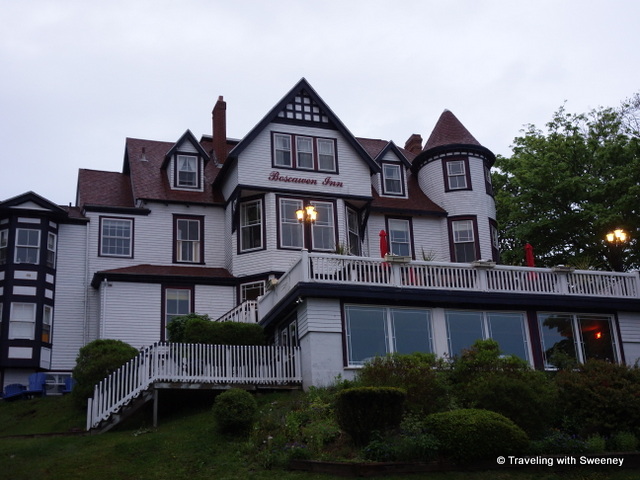 Boscawen Inn (above) is a lovely Queen Ann style structure on the hillside overlooking Lunenburg Harbour and the Old Town. It was built in 1888 by prominent Lunenburg figure, Senator H.A.N. Kaulbach, as a wedding present for his daughter. It also has its share of ghost stories.

Built at the turn of the 20th century, Walters Blacksmith Shop is now the Ironworks Distillery (above)– as charming on the inside as it is on the outside. I spent a lovely time here sampling a variety of handcrafted spirits, including the Ironworks Apple Brandy that I used in my Nova Scotia Surprise recipe.

St. John’s Anglican Church at 65 Cumberland Street was the second Anglican church in Nova Scotia, built in 1753. It is designated as a Provincial Heritage Property and National Historic Site. On November 1, 2001, there was a fire in the church that resulted in considerable damage and the need for a four-year restoration project. I toured inside the church and will share photos later. 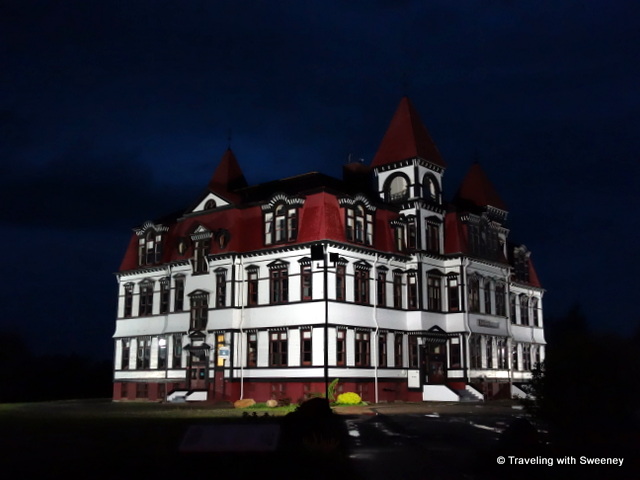 Located on Gallows Hill and surrounded by one of Lunenburg’s oldest cemeteries is Lunenburg Academy, built between 1893-1895. As you can see above, it can appear a little eerie on a rainy night — especially while on a ghost tour with Lunenburg Walking Tours. It is a large three-story building, an example of late Victorian eclectic architecture. It is historically significant in the development of Nova Scotia’s educational system as it evolved in the 19th century from one-room schoolhouses to the Academy system. It’s the only surviving building from the Nova Scotia Academy system that is still a functioning school. 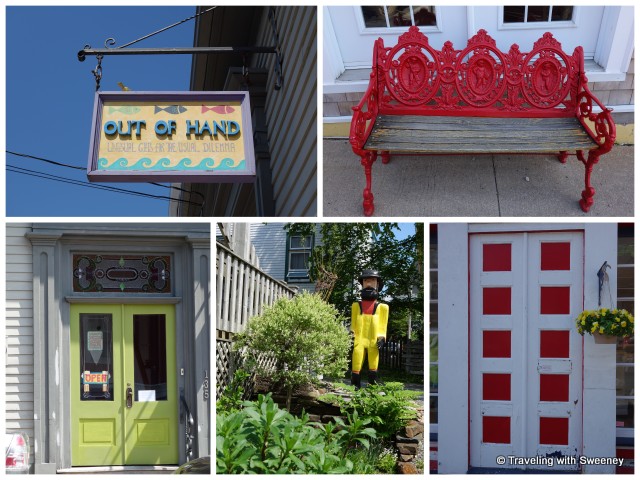 What are your favorite picturesque towns?

Thanks to Nova Scotia Tourism Agency and Taste of Nova Scotia for giving me a glimpse of lovely Lunenburg.

38 thoughts on “A Glimpse of Lovely Lunenburg”