Fontana dei Delfini (Fountain of the Dolphins) on Piazza Roma

It was a whirlwind of white towns in the Valle d’Itria in Puglia for us in June. First we walked around Locorotondo, then drove across the valley to Cisternino and later strolled the trulli-lined lanes of Alberobello. Another town that captured our interest and imagination along the way was Martina Franca.

Martina Franca is the commercial center of Valle d’Itria and is much larger than those other towns, but similar in ways — the historic center consists of winding lanes and white-washed buildings adorned with flowers and wrought-iron balconies, and of course, there is a beautiful cathedral. To the original name Martina, Franca (derived from franchigie meaning exemptions) was added in 1310 when Prince of Taranto province, Philip of Anjou, granted the town tax-free status. 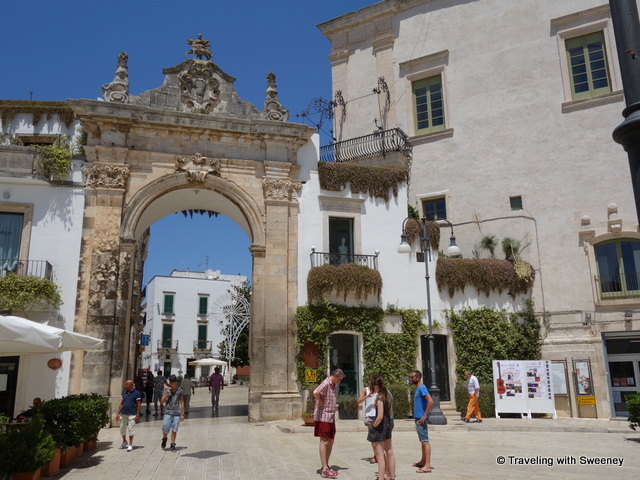 A key attraction in Martina Franca is the baroque 17th century Palazzo Ducale in the Piazza Roma just past the Arco di Sant-Antonio at the entrance to the town’s centro storico. Once a castle, it now houses the city hall as well as a museum, but the former royal apartments can still be toured. 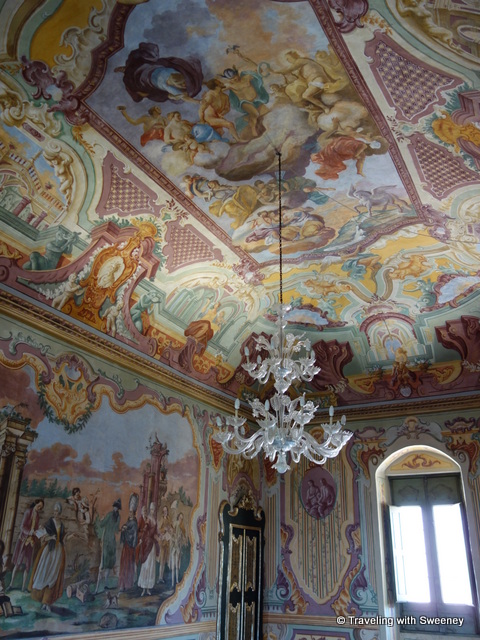 Tempera paintings in the Palazzo Ducale

Characterized by opulence and elegance, the Palazzo Ducale’s walls were adorned with tempera paintings which include scenes from the bible, life in the royal court and mythology. 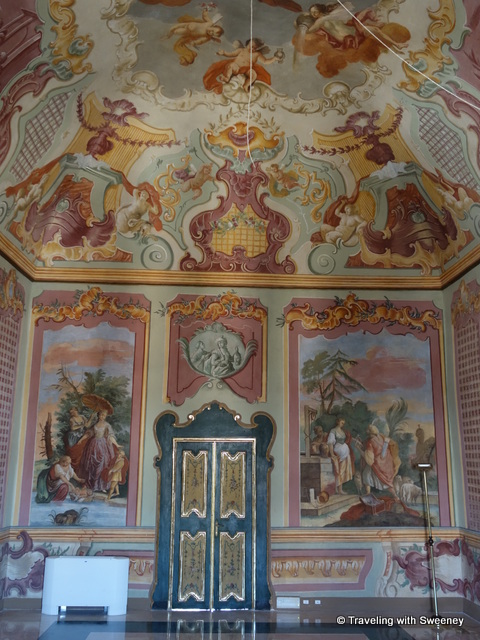 Opulence of the Palazzo Ducale 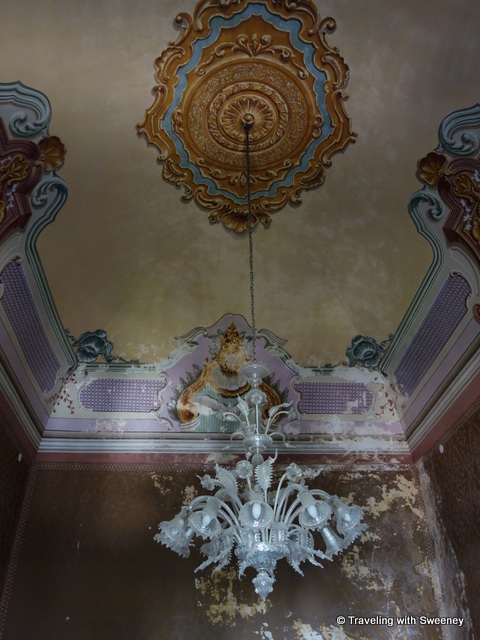 Chandelier in the Palazzo Ducale 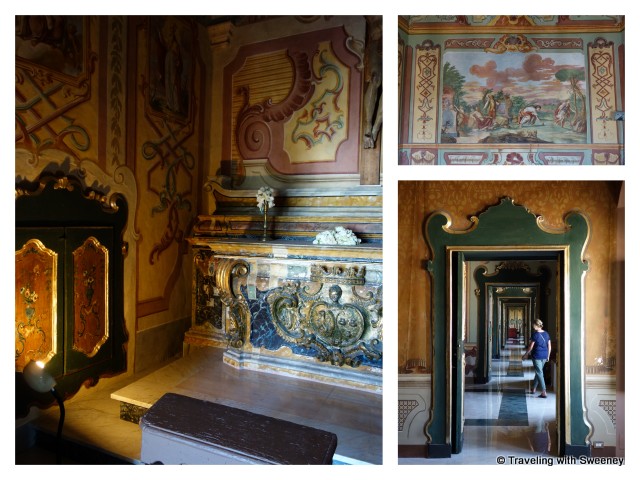 Chapel and hallway in Palazzo Ducale

Martina Franca was abuzz with tourists and locals, creating a bit busier scene than in the peaceful settings of Locorotondo and Cisternino, but that didn’t reduce the old world charm for us, and it was easy to find quiet side streets to roam. 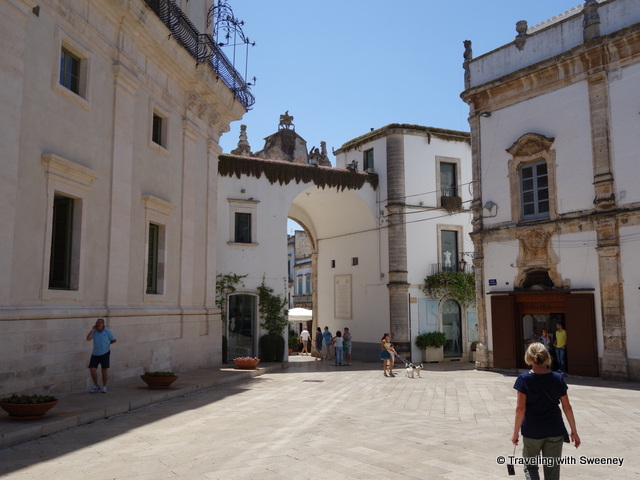 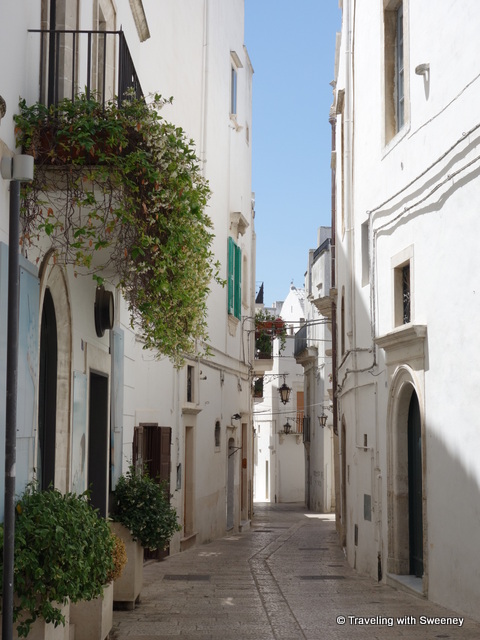 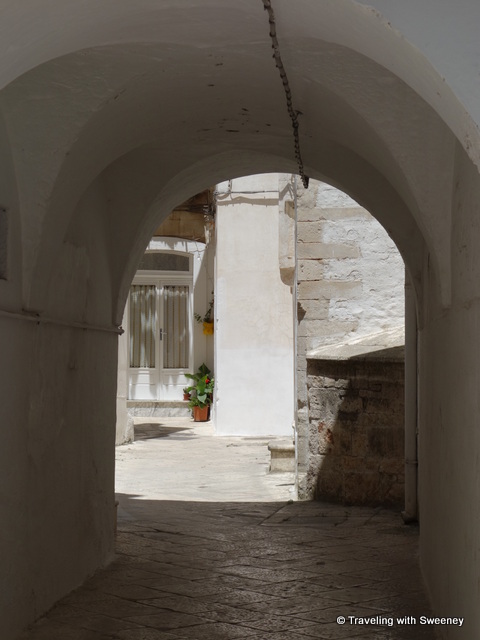 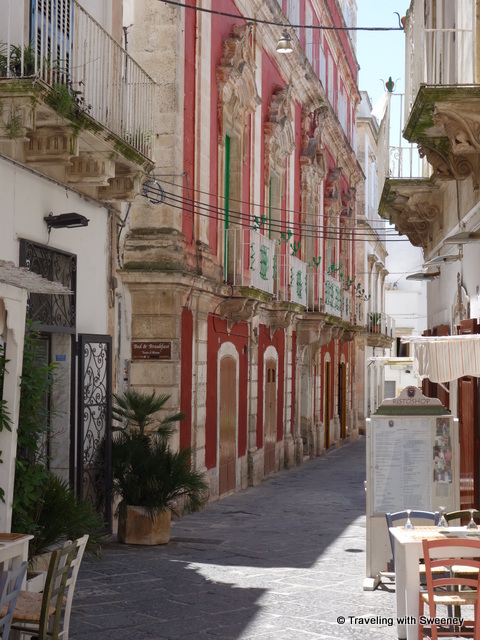 A contrast to the predominate white buildings of Martina Franca

Walking further into the centro storico, we came into the Piazza Plebiscito, the main area of the old town where the Basilica of San Martino prominently stands. 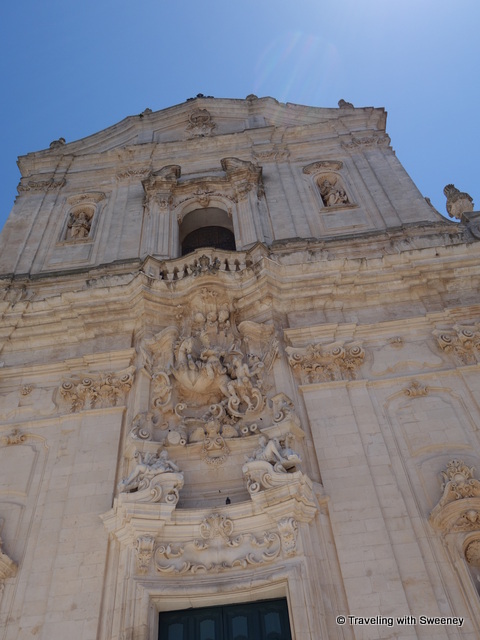 The basilica dates back to the 18th century when it replaced the old Romanesque Collegiate Church that as many other structures in Martina Franca had been destroyed by an earthquake in 1743. 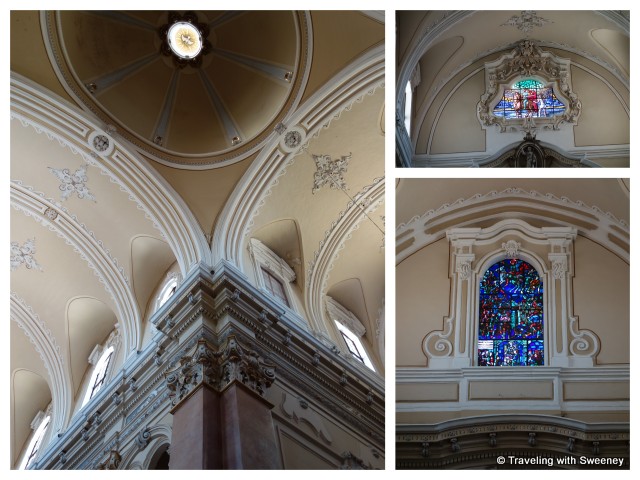 Around the piazza and along neighboring streets, are ornate frames that hold many white lights that are lit up for festivals, such as the annual music festival “Festival della Valle d’Itria” in July and August. We would have loved to see them lit at night. 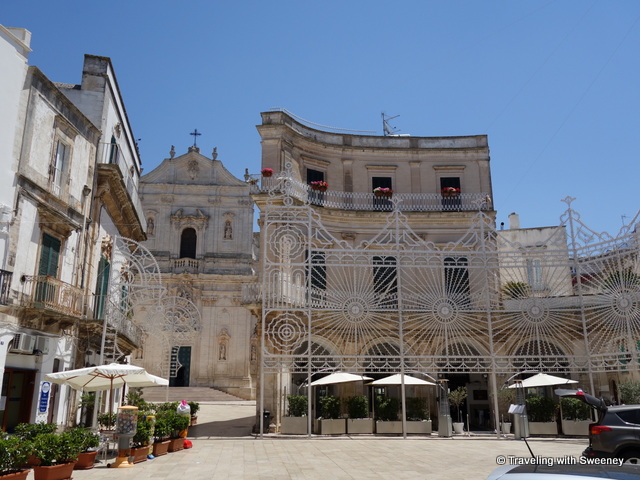 Many cities in Puglia have these, too, but none that we saw were as prolific as these. The shops and restaurants looked very inviting and it would have been nice to enjoy the ambiance of Martina Franca while sipping a cold drink at a cafe on this hot summer day. Perhaps on our next trip we’ll get a chance to do that and experience a festival, too. 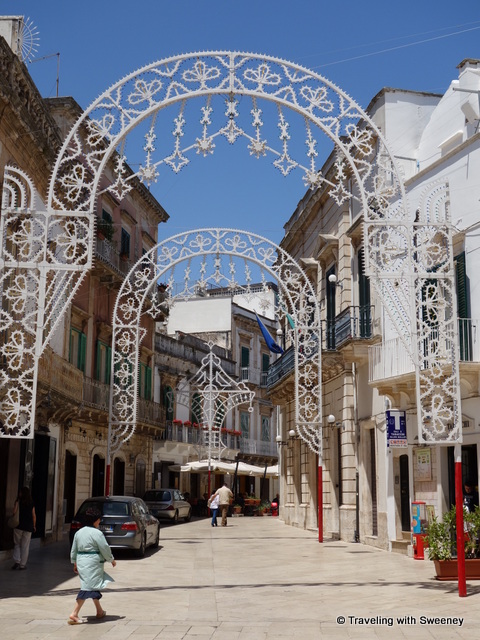 For more information:
Puglia Tourist Information
The nearest airport is in Brindisi which is about a one hour’s drive from Martina Franca.

37 thoughts on “The Baroque Towns of Puglia: Martina Franca”