It’s true. There’s no place like Rome, and I wish I could click my heels to be back there right now. 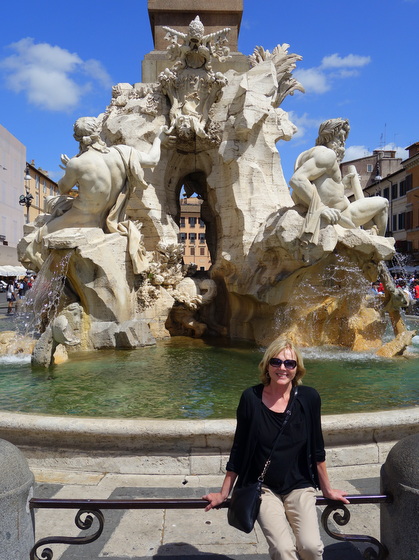 Fountain of the Four Rivers on Piazza Navona, Rome

Mr. TWS and I covered many miles in Rome by foot during our short visit in May. Taking a six-hour walking tour of ancient Rome and the historic center and Vatican City really helped to get an introduction to the main attractions. We also found time to wander the streets and piazzas on our own a bit. I’m including here photos of Rome I posted on Instagram that capture various aspects of the Eternal City that caught my attention.

The photo below is one of my favorites from the Vatican Museums, taken in the Gallery of Maps. The gallery is named for the 40 frescoed maps depicting Italian regions and papal properties during the papacy of Pope Gregory XIII (1572-1585). But it was the gorgeous ceiling that captivated me. 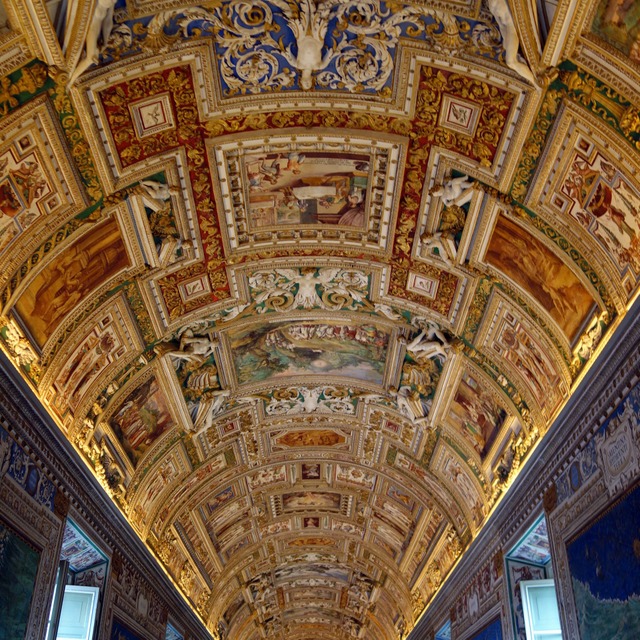 Built in the 4th century on the site of Nero’s Stadium where it is believed that St. Peter is buried, Saint Peter’s Basilica is a treasure of art and architecture. It’s no wonder that a bride would want to have photos taken here. I always enjoy seeing brides, grooms, and bridal parties in picturesque settings when I travel. 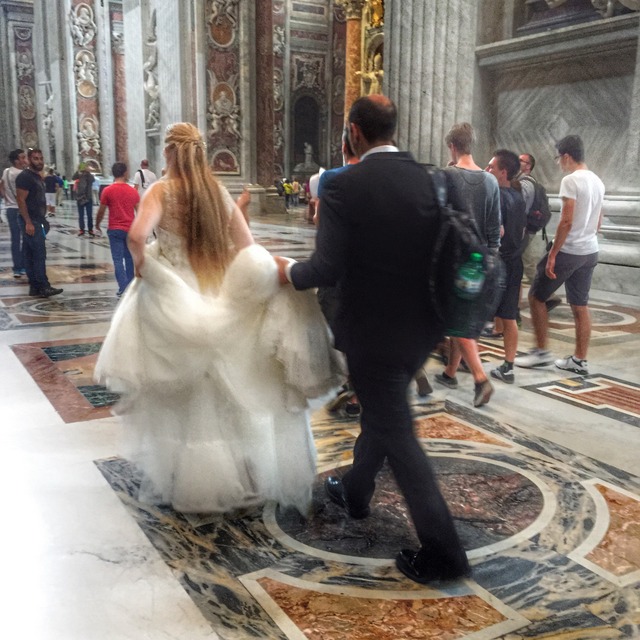 From St. Peter’s Square, I took this photo of the colonnade designed by Bernini under moody gray skies. The papal apartments are on the left. 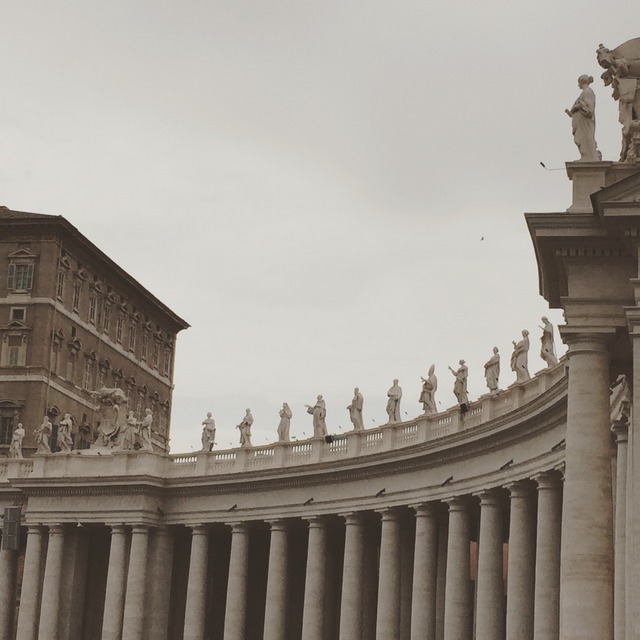 Arnaldo Pomodoro’s bronze sculpture “Sphere within Sphere” figures prominently in the Belvedere Courtyard of the Vatican Museums. There are several versions of Pomodoro’s sphere sculptures around the world, including one that I saw at the United National headquarters in New York City. 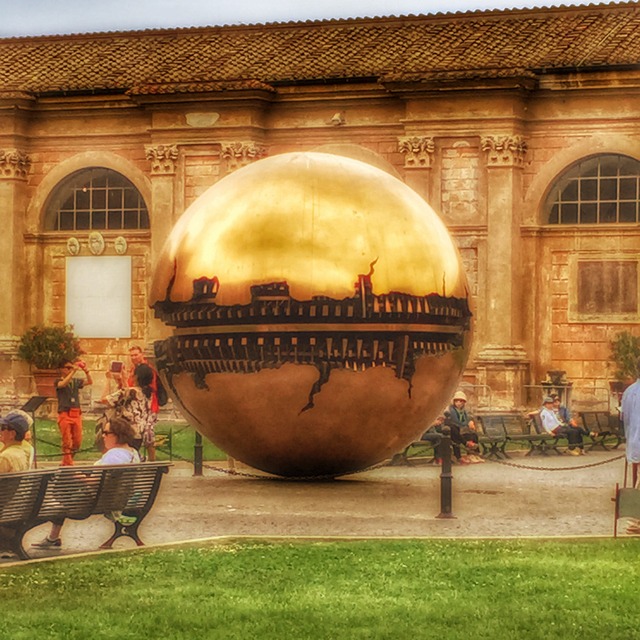 After looking up at the Pantheon’s famous dome, I looked down at the original marble floor. Notice the holes on the right that are used to drain rainwater that comes down through the oculus in the ceiling. Originally built as a temple 2000 years ago, the Pantheon is now used as a church. 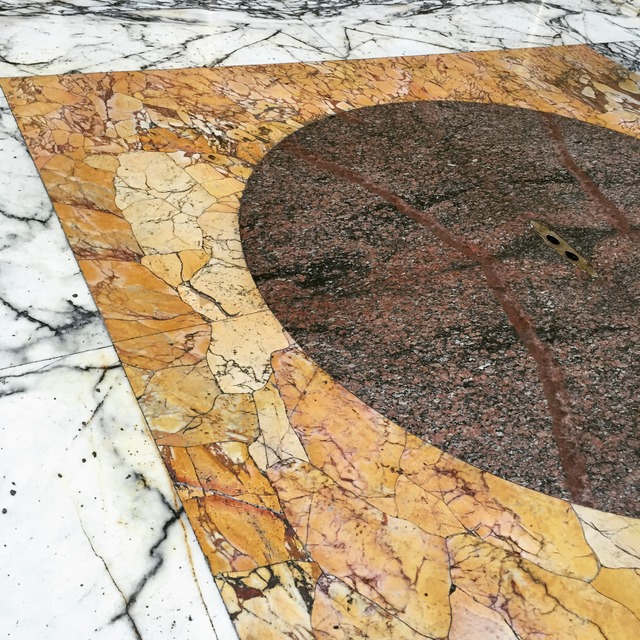 Marble floor at the Pantheon

As we took a taxi from the historic center across the Tiber River to Vatican City, I snapped photos of designer shops like Ferragamo on Via Dei Condotti. 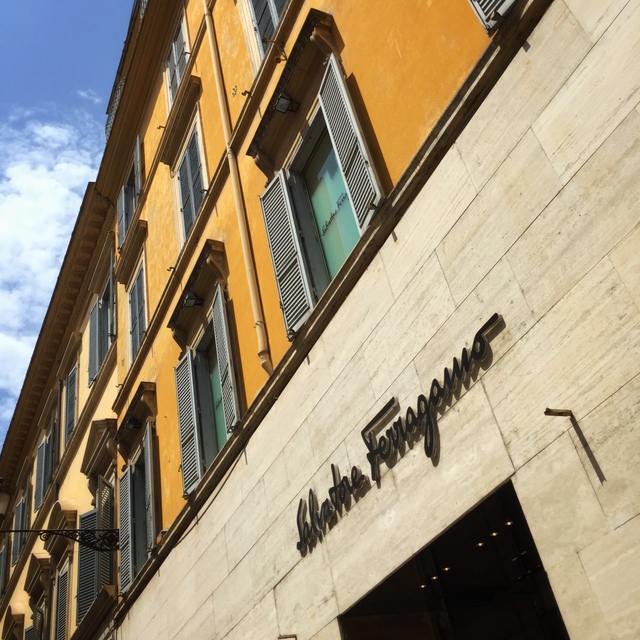 Ferragamo on Via Dei Condotti

I loved the detail on the Marcus Aurelius Column in Piazza Colonna depicting the emperor’s military campaigns. Built between 180 AD and 193 AD, the column is made of 28 blocks of Carrara marble. 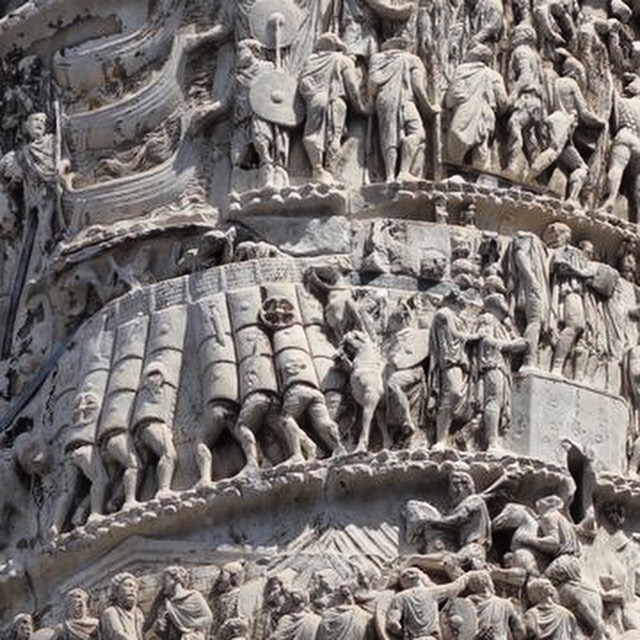 I could spend many hours walking the medieval streets of the Trastevere neighborhood. 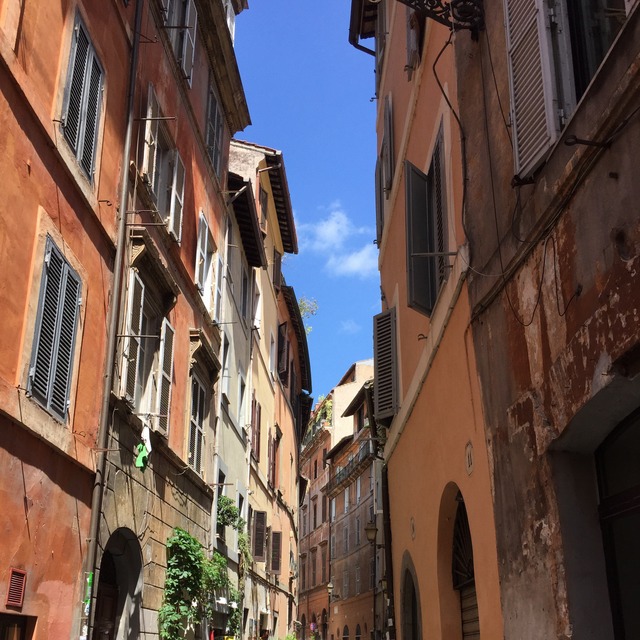 The monument to Vittorio Emanuele II is one of the most imposing sights in Rome. This photo taken from the Piazza del Campidoglio captures a small portion of the enormous monument on Piazza Venezia with Basilica di Santa Maria in Aracoeli to the right. 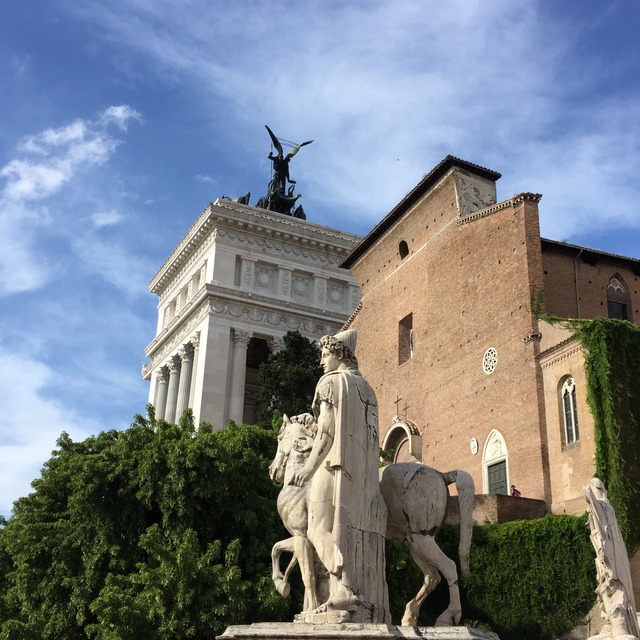 Built between 133 and 134 AD, Pont Sant’Angelo links the historic city center of Rome to Castel Sant’Angelo. During the Middle Ages, it was the only crossing point for pilgrims to St. Peter’s. Statues of angels line both sides of the bridge. Our hotel was very near Castel Sant’Angelo so we had many occasions to view the bridge and walk across it. 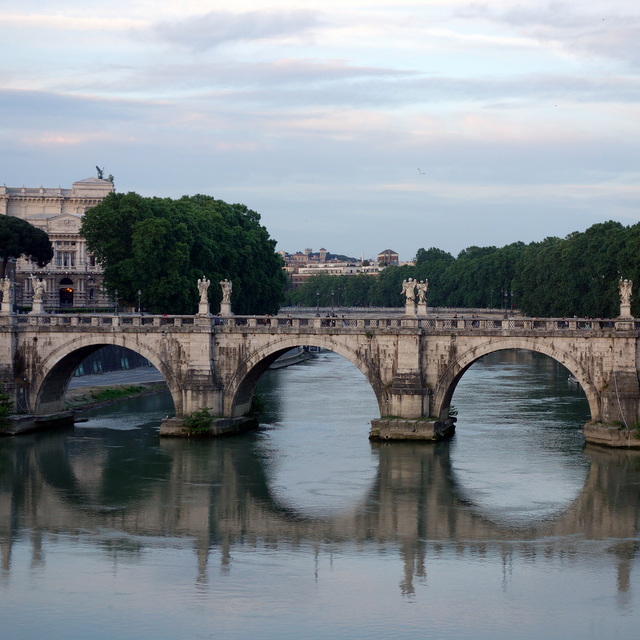 I hope you’ve enjoyed these photos of Rome on Instagram. Have you been to the Eternal City? Would you like to click your heels and return?