What did I see of Prague in two days?

I know that it wasn’t enough time to see everything this old and beautiful city has to offer, but it was enough to realize that I must return. 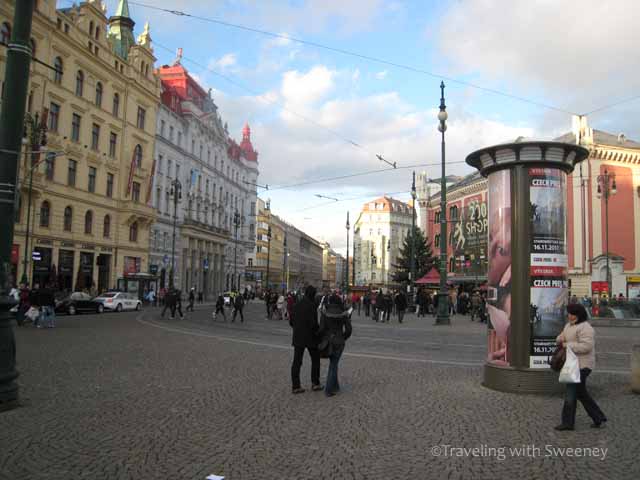 As expected, there are throngs of visitors (even on cold December days) and plenty of tourist traps to avoid. But there’s a romance to the city with its architecture and winding cobblestone streets that makes it a wonderful place to experience.

Wenceslas Square is a bustling boulevard lined with hotels and shops. At one end of the square is one of Prague’s main Christmas Markets and at the other is the National Museum. 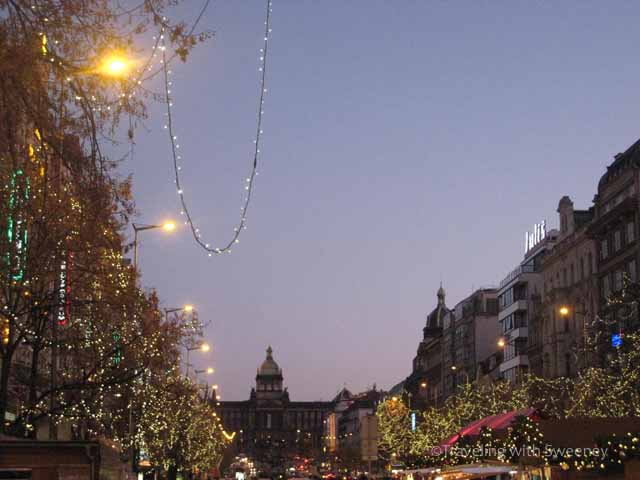 Sometimes, the best travel moments are unexpected. Just as we were entering the National Museum, a concert was about to begin on a landing of the grand marble staircase. We bought tickets to enjoy the Prague String Soloists’ Chamber Ensemble perform Vivaldi, Bach, Mozart, Beethoven, Tchaikovsky and Dvořák. They ended the performance with a moving rendition of Silent Night. 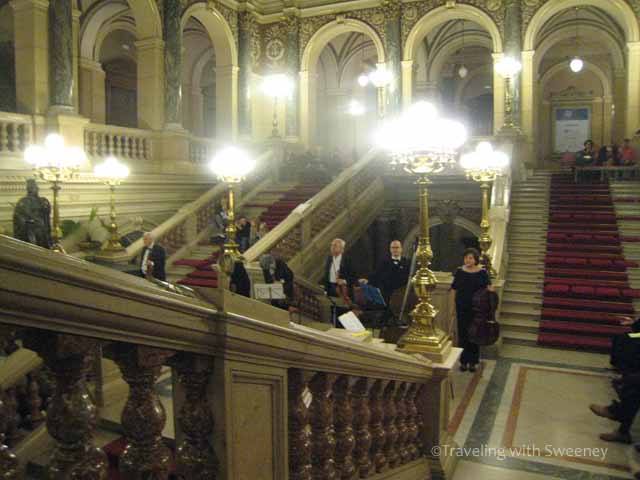 Near our hotel is the Municipal House, a cultural landmark where concerts by the Prague Symphony Orchestra and other special events are held. The mosaic above the entrance is called “Homage to Prague” by Karel Špillar. 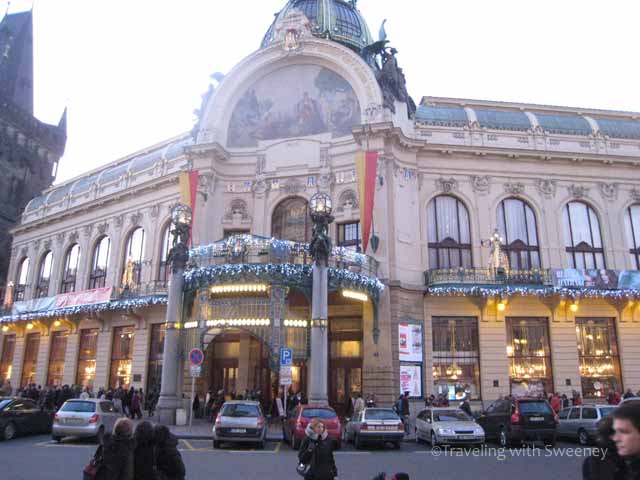 Next to the Municipal House is Powder Gate, aptly named since it was used in the 17th century to store gunpowder. The structure was built in the 15th century. It also served as a good landmark for us to find our way to back to hotel. 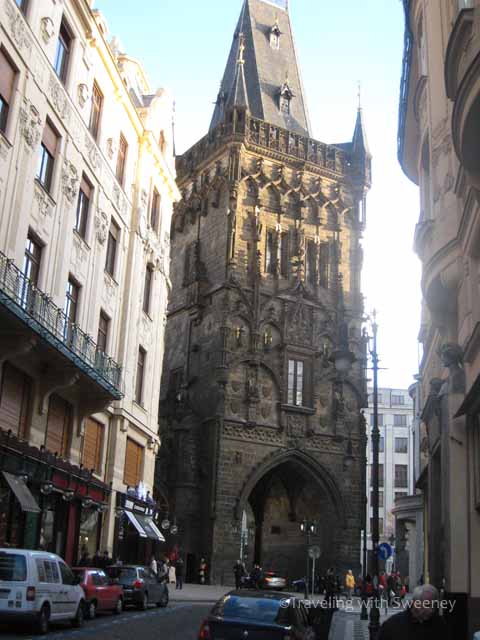 The Christmas Market at Old Town Square is dazzling with its lights and decorations. This view is from the tower of the Old Town Hall. 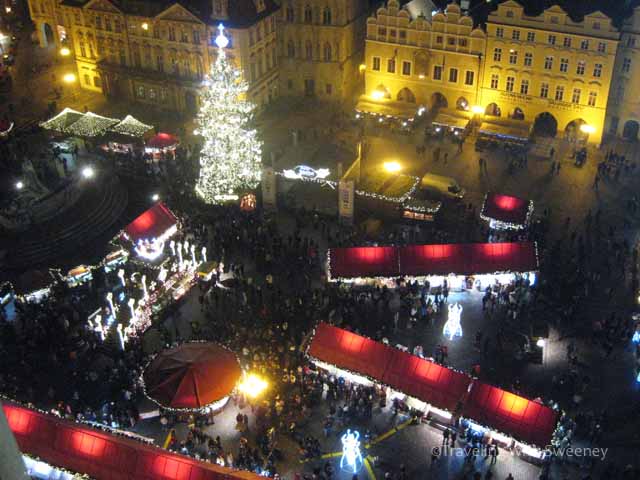 A lift takes you to the top of the Old Town Hall, built in the 14th century where there are lovely views of Prague in all directions. The Astronomical Clock on one side of the building depicts the planets’ movement around the earth, sun and moon in addition to telling the time. 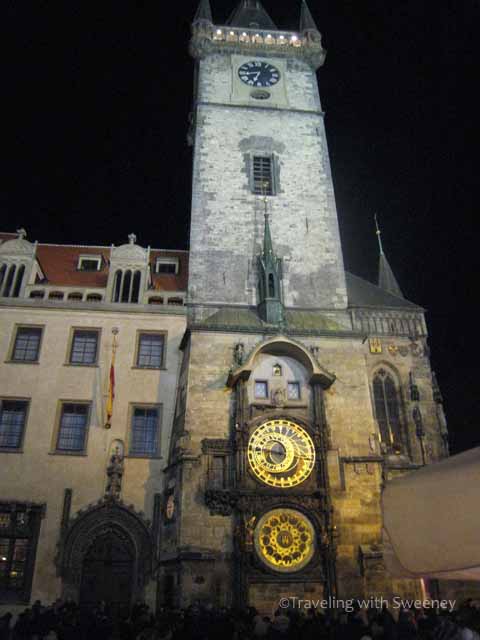 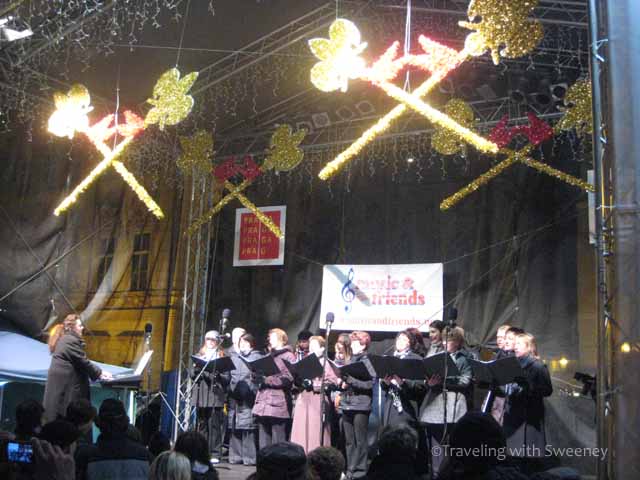 A warm pastry, called “trdelník” is a real treat sold at several food stalls at the Christmas Market. It’s made of dough, wrapped around a stick, grilled over charcoals and topped with sugar. Delicious! 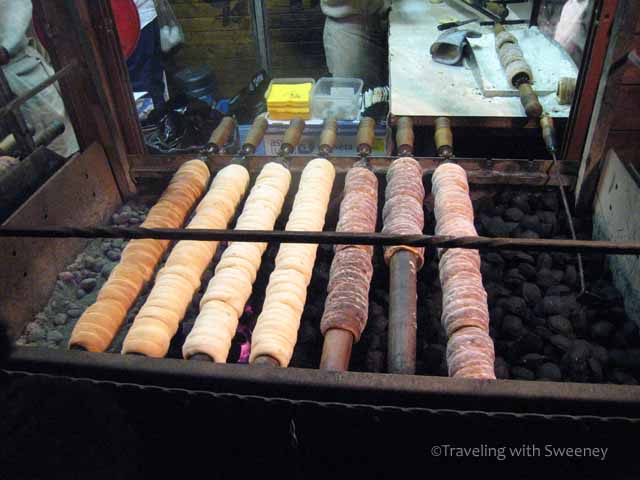 32 thoughts on “Prague in Two Days”