Three Berlin photos to whet your appetite for more 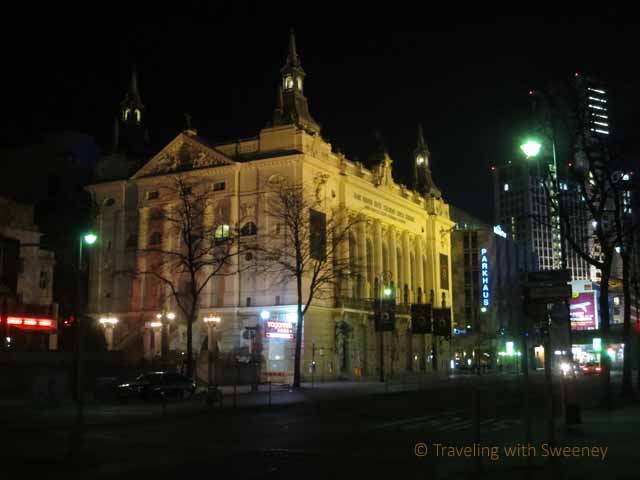 A bit jet-lagged after our long flight from San Francisco to Berlin and following a party with fellow travel bloggers, we walked a few blocks from our hotel in the Kurfürstendamm area to dinner. We stopped to admire this building, a pretty sight on a cold night. It is the Theater des Westens located at Kantstraße 10–12, founded in 1895 for operas and operettas. It was where Enrico Caruso made his debut and where Anna Pavlov danced as a member of the Russian Ballet. It continues today as a major Berlin location for German and international companies performing musicals. 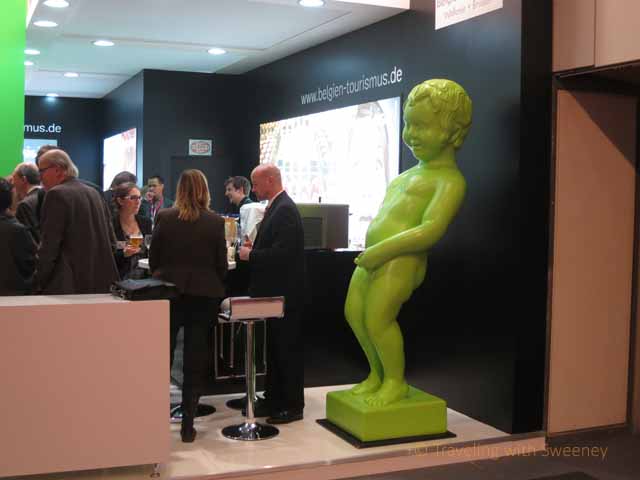 We spent three days at ITB, the largest travel industry trade show in the world. There were meetings with tourism representatives of countries from all over the world, but it was also a fun place to see how different areas of the world represented themselves. The statue pictured above was part of the Belgian exhibit where we sampled Belgian beer and waffles. It is a replica of Brussels’ iconic 15th century Mannekin Pis. Among the many displays throughout the trade show were live performances including a gladiator training with a wooden sword, dancers in native costume, Frisbee throwers and actors representing characters from Faust to princesses. 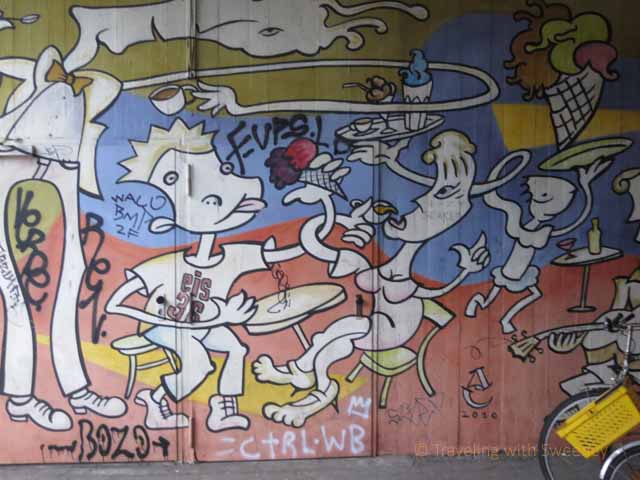 A walking tour of the Kreuzberg neighborhood had many surprises and interesting anecdotes. It included history; eclectic architecture; evidence of both World War II and the removal of the Berlin Wall; a sense of the unique spirit of the Kreuzberg residents, from activism to anarchism with intense loyalty to the region; and, of course street art with the sample above. Mr. TWS’s favorite quotation from the Context Travel guide Robert Sommer, paraphrasing East Germans interested in copying the annual May 1st riot: “Those people in Kreuzerg really know how to riot.” There will be more to come in an upcoming post by Mr. TWS.