Things to do in Warsaw on a short visit

Mr. TWS and I had Poland on our wish lists for several years. So, when we finally decided to make it happen, why did we choose these three cities in Poland to visit — Warsaw, Krakow, and Wroclaw? Primarily, these were three of the four cities that many recommended for a first trip to Poland. For us it was also what each of the three had to offer in terms of history and culture. Logistics also played a part — that’s why Gdansk didn’t make it to our plan this time, even though it is highly rated as one of the top cities in Poland to visit. It also turned out that round-trip flights to/from Warsaw, the country’s capital, would be most economical for us. 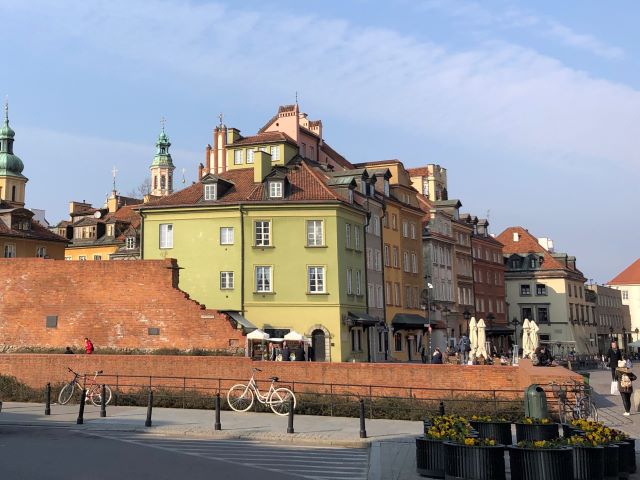 Just the top things to do in Warsaw, Krakow, and Wroclaw gave us as much to do as we had time for, so we hope to return to Poland and further explore these three cities and other notable cities and places. You might not be surprised to learn that some of our favorite activities involved eating. We expected good food in Poland, but the food was far more delicious than we expected and surprisingly inexpensive, especially when comparing to similar venues and equivalent quality in other European cities. 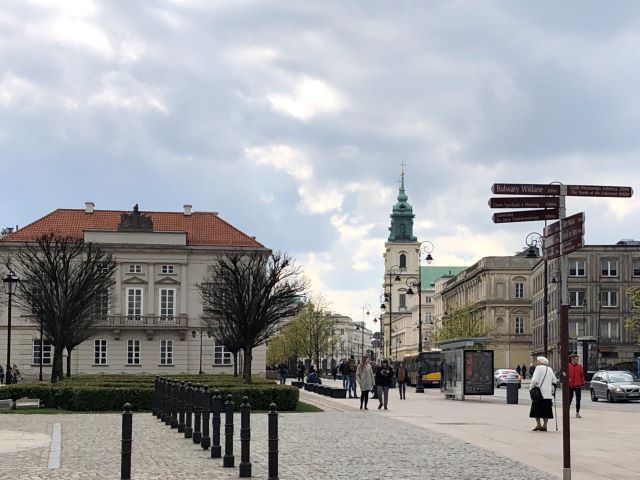 Warsaw — Top Things to Do

I hope this guideline summarizing our itinerary will be helpful in arranging your own time in Warsaw. Because this was our first trip, we didn’t stray far from the many top recommended sights, and we found that this worked well in giving us a good sense of top things to do in Warsaw on a short visit.

We arrived in Warsaw a day later than planned due to a missed connection in Houston because of unexpected weather delays. So, with a shorter amount of time to spend in the city, we got busy right after checking in at the hotel mid-afternoon of our first day in Poland. That meant setting off on foot to get familiar with the area and get our first tastes of Polish food.

Old Town — Warsaw’s Old Town isn’t really as old as it looks. During World War II the entire area was destroyed. Rebuilding began after the war and great attention was given to constructing buildings according to original plans and photos. We wouldn’t have been able to guess this on our own. In addition to the old city wall, Royal Castle, and other interesting buildings, there are also many restaurants and cafes in Castle Square and the Main Square of Old Town.

Royal Castle — The Royal Castle in Old Town, also destroyed, was rebuilt to be as close as possible to the 17th/18th-century structure and its interior grandeur. It is really a stunning representation of the opulence of life in the royal residence in its day. Although guided tours (and online ticket purchase) are available, we purchased tickets at the castle for admission and self-guided tour. 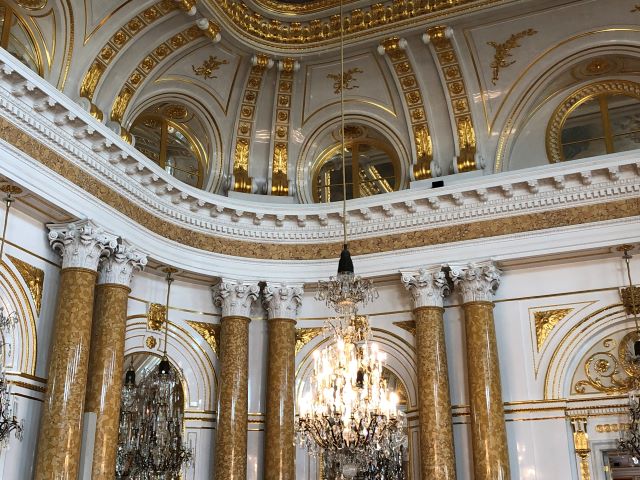 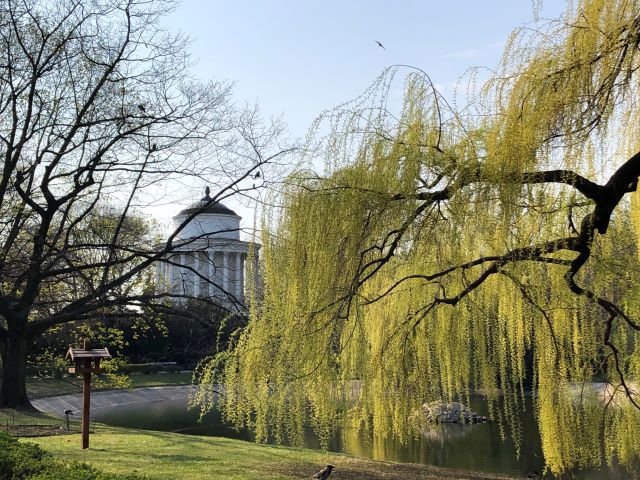 Saxon Garden, opened in 1727, is the oldest park in Warsaw and was one of first parks in the world made accessible to the public. Designed with the gardens of Versailles in mind, it’s a beautiful park adjacent to Pilsudski Square, a large expanse that includes the Tomb of the Unknown Soldier beneath arches remaining of a palace that destroyed in World War II. 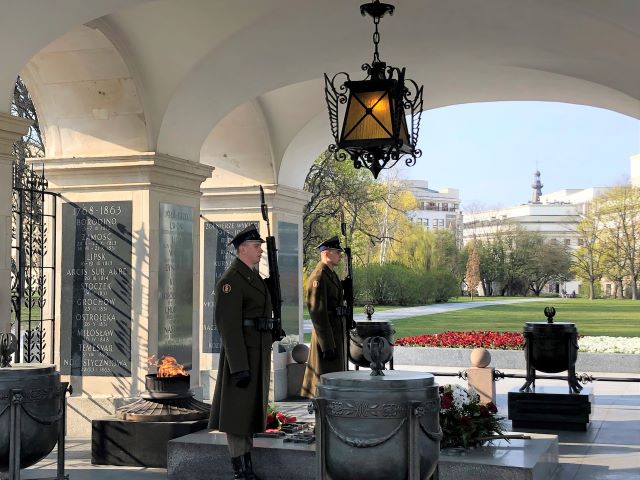 Also on the square is a memorial to Polish President Lech Kaczyński , his wife, government officials, military leaders, and others who died in a plane crash on April 2010 near Smolensk, Russia. We happened to be in Poland for the events throughout the city commemorating the tragedy, including highly-guarded ceremonies featuring government dignitaries held on and near Pilsudski Square, directly in front of our hotel.

Warsaw Rising Museum — We knew we wouldn’t have time for even a few of the many museums in Warsaw, so we put the Warsaw Rising Museum on the top of our list. The tragic history of the Polish Jews in World War II is deep and moving. The Warsaw Uprising Museum located in a former tram power station captures the tragic history of Warsaw’s large Jewish Ghetto in World War II and the uprising events of August and September 1944, and the stories of those who heroically fought and died for freedom. 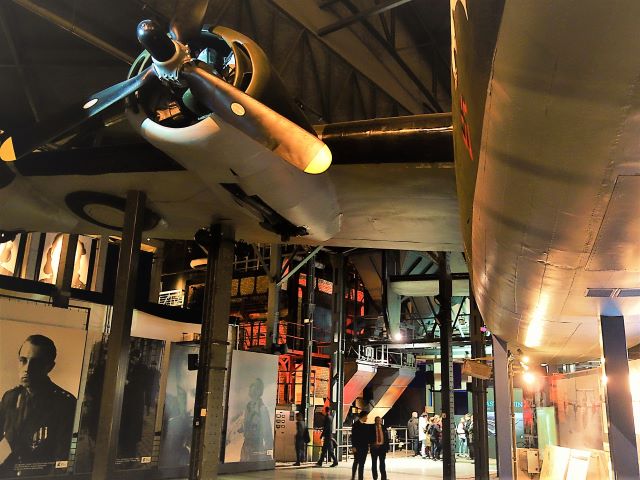 The exhibits include an impressive number of artifacts (uniforms, documents, photographs, objects of daily life, and more) and educational displays including audio and video accounts of eye witnesses. A 6-minute 3D film called City of Ruins shows an aerial view of the destruction of Warsaw during the war. Though we thought we knew a lot about WWII, we were surprised at the extent of the destruction of Warsaw, largely a result of the German retribution for the Polish Uprising. We were equally astonished to hear that Poland lost 17% of its population in WWII. No other country came close to that percentage.

Museum tip: Take the elevator to the rooftop for panoramic views of the city and the area around the museum that was once the Warsaw Ghetto.

Chopin Recital — There are several offerings in a variety of locations of Chopin recitals aimed at giving tourists a cultural experience sampling of the works of famous Polish composer, Frédéric Chopin who was born in a village near Warsaw. We chose to attend a Chopin concert upon the recommendation of our hotel’s concierge for its venue (the Old Gallery ZPAF, 8 Castle Square) and quality. We felt that not only was the pianist Tomasz Zając very good, the intimate venue located in a wing of the castle overlooking a park provided a perfect setting. 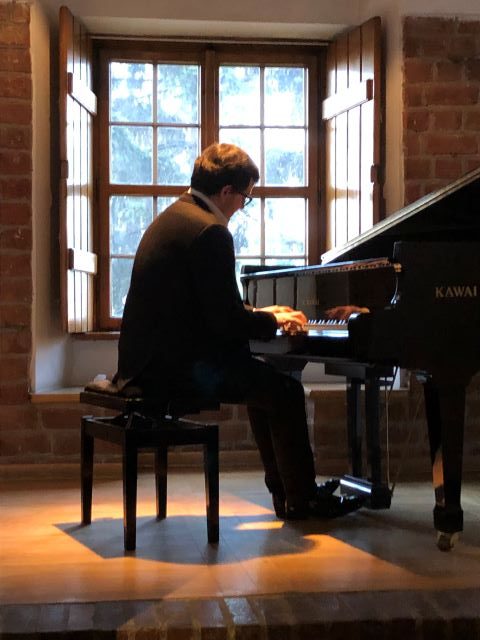 Holy Cross Church at Krakowskie Przedmieście 3 is located in an area of the city near the university. The church has a beautiful interior worth seeing, but we were also drawn to it for its Chopin connection. Although Chopin died in Paris in 1849 and is buried there at Père Lachaise Cemetery, he wanted his heart sent to Warsaw. From what I’ve read, he had a great fear of being buried alive, so wanted his heart cut out before burial. 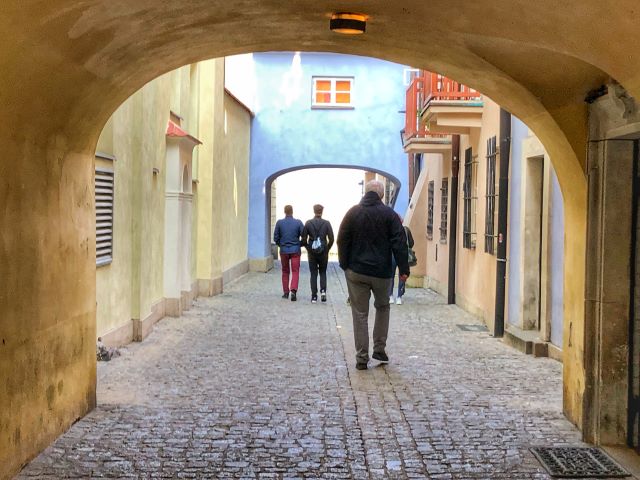 Yes, I’ve deliberately skipped ahead to the ninth day of our trip. Completing the triangle of our itinerary, we returned by train to Warsaw from Wroclaw for our final night because of our early morning flight out of Frédéric Chopin International Airport the next morning.

The weather, which had been unseasonably cool when we first arrived, had finally turned for the better, so we quickly walked to Old Town for a farewell glass of wine at an outdoor cafe on Castle Square followed by another hearty Polish meal. Afterwards, we took our time strolling through the squares, and along the streets leading back to our hotel to say dobranoc (good night) to Warsaw.

Next trip tips: These are a few other highly-recommended Warsaw attractions that I would put on our itinerary on a future visit.

Another Chopin tip: Look for the black benches at 15 key Chopin-related sites in the city. Press a button to hear a thirty second segment of a Chopin work.

Sofitel Warsaw Victoria, located at Krolewska 11, is within easy walking distance of Old Town and faces Saxon Garden. We also opted to walk to the Warsaw Rising Museum from there which took about one-half hour. We’ve always had very good experiences with the Sofitel brand in Europe and North America. 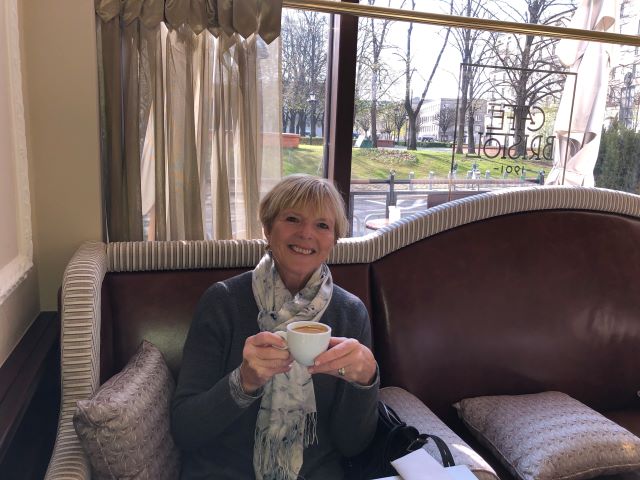 Favorite breakfast (possibly for the entire trip): The Cafe Bristol in the luxurious Hotel Bristol has a stylish Viennese ambiance. Our breakfasts of omelets, a variety of breads, and fresh fruit were delicious. We ate there both mornings in Warsaw because we liked it so much.

Hearty beer house food: Bazyliszek Restaurant on the Main Square is a fun and festive setting reminding us of German beer halls. Here we enjoyed potato and cabbage pierogi (dumplings with various sweet or savory fillings) as a starter. For me, this was followed by a totally delicious and filling potato pancake with chicken goulash entree (shown below). 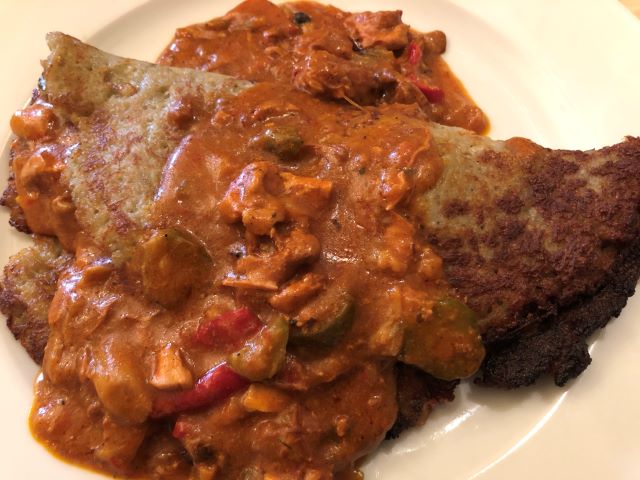 Old-style Polish ambiance: At Restauracja Polka (Świętojańska 2) down a side street near the Royal Castle, I had a delicious roast duck — the first of four roast duck dishes during our trip!) for me, almond-crusted trout for Mr. TWS accompanied by a selection of bread (Polish restaurants are generous with wonderful homemade breads). We enjoyed the ambiance in one of the several small dining rooms decorated in a homey, old-fashioned manner with colorful wallpaper. 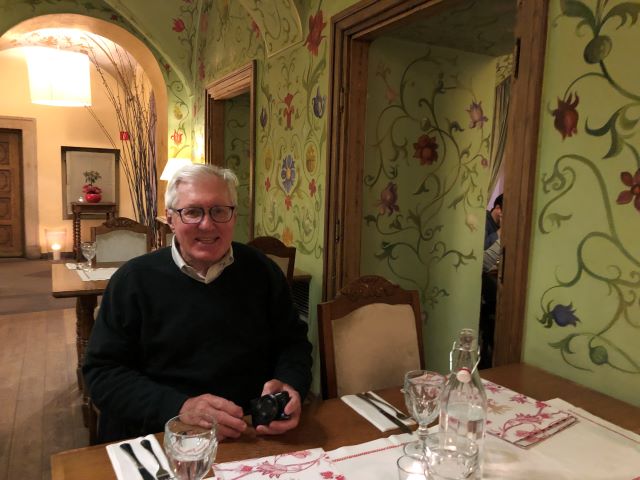 Mr. TWS in one of the cozy dining rooms of Restauracja Polka

Pierogi tip: It should be noted that we ate pierogi at nearly every opportunity while in Poland. I recommend that you do the same. We preferred the pan-fried variety over the boiled ones, but they were all very good.

Wine time tip: Although the outdoor cafes of Castle Square look very inviting for a glass of wine at sunset, be prepared for poor service, but enjoy the ambiance (at least that was our experience).

Transportation tips: At the time we arrived at Warsaw Chopin Airport on exactly the day that Warsaw taxi drivers were striking against ride-sharing companies like Uber and there was a very long and slow-moving line for licensed taxis. So, we went upstairs in the terminal to the ride-sharing pick-up point and requested an Uber ride. Check current reports of any planned taxi strikes or other issues surrounding taxis and ride-sharing in Warsaw.

On our early morning trip from the hotel back to the airport, we took a licensed taxi due to a potential safety issue with the Uber vehicle that answered our ride request. As Uber also states on its website — do not ever get into a vehicle where the driver, type of car, or license plate are different from that shown on the app. All three of those warnings applied to our situation.

And then it was on to Krakow!

Of course, you will likely want to explore well beyond this itinerary, perhaps visiting more of the city’s plentiful museums, studying communist-era architecture, or hanging out with the locals in clubs. But for us, it was a satisfying visit and we were ready to move on to our next destination. Stay tuned for some of our favorite highlights from Krakow. 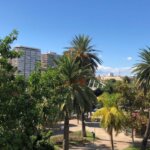 11 thoughts on “Warsaw, Poland: Part One of a Nine-Day Itinerary”