I feel very fortunate that I was able to travel as much as I did in 2011.

Many thanks to Norbert Figueroa of Globotreks for nominating me to share some of those experiences in the Best of Travel 2011 series. This blogging project was created by Jeremy Branham of Budget Travel Adventures who chose the topics below.

New York City is always a winner for me with something new to see and experience each time I’m there. In March, I spent a week taking in different museums, restaurants and neighborhoods that I had not visited before. I also don’t tire of my favorite activities and places, such as walking in Central Park or along Fifth Avenue, hanging out at Rockefeller Center and seeing a Broadway play. On this trip, I saw Vanessa Redgrave and James Earl Jones starring in Driving Miss Daisy.

I have to cheat and list two experiences. One was a solo desert road trip and the other a magical time in Prague that I was able to share with my husband. 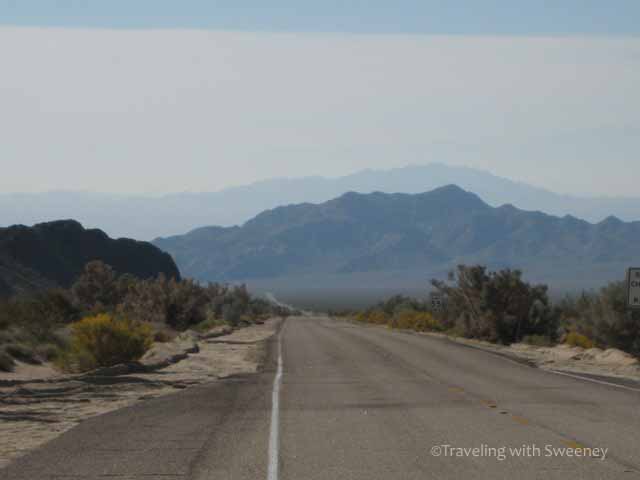 My solo drive to Phoenix in October was in many respects a sentimental journey for me. Even when I was a child on road trips with my family, I loved the desert — the heat, the silence, the mystery of it all. As an adult, I’d also taken a few road trips through the same parts of the California and Arizona deserts with my father en route to visit family in Phoenix. 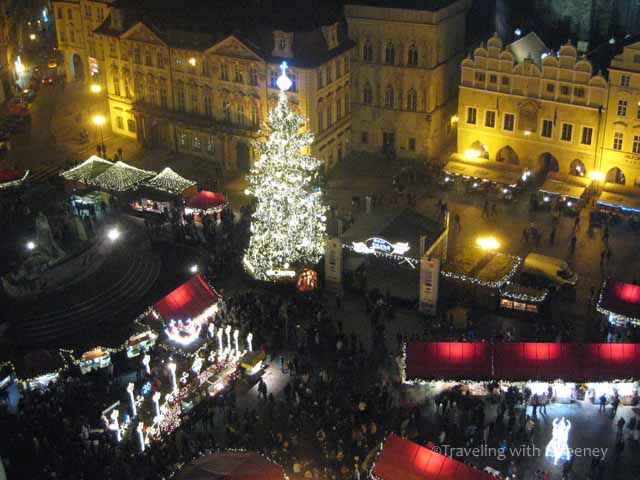 Christmas Market from the tower of Old Town Hall, Prague

Ah, Prague! This city had been on my list of new cities to see for many years — long before it became a popular tourist destination. My first night there really felt magical. By chance, we were at the National Museum on Wenceslas Square as a performance by the Prague String Soloists’ Chamber Ensemble was beginning on the landing of the grand marble staircase. From there, we strolled through the Christmas Market at Old Town Square sipping hot mulled wine, eating a pastry called “trdelník”and listening to traditional Czech carols. Surrounded by sparkling decorations and Old Town’s Gothic and Baroque buildings, everyone seemed filled with the holiday spirit.

Germany! Until 2011, I’d only seen Germany from inside Frankfurt Main Airport while catching connecting flights and from airplane windows. Now I’ve had two separate trips there and can’t wait to go back. I might possibly be in love, actually. 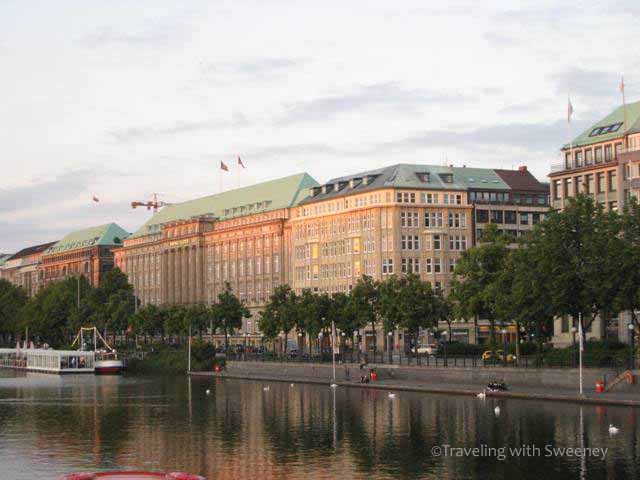 I’ve now visited Cologne, Düsseldorf, Hamburg, Berlin, Heidelberg, Lübeck and a few other cities along the Deutsche Bahn railway system, each place with its own appeal. But I felt a special affection for beautiful Hamburg on my first trip in June and was excited to return in December. I met friendly people; enjoyed festive Christmas Markets; had my favorite dinner in Germany (roast duck and potato dumplimg at Restaurant Franziskaner), walked many miles along the canals, Binnenalster (Inner Alster lake) and the Elbe River; and visited fun and interesting museums such as Miniatur Wunderland.

I can’t say that I’ve had any really terrible experiences in 2011. Of course, there have been flight delays, some below average food experiences, minor disappointments and a few unpleasant people along the way. But there was nothing that tarnished the travel experience for me. In fact, it was one of my best travel years ever. Here’s hoping I can say the same at the end of 2012!

Although I’m no stranger to embarrassment, in 2011 I avoided any major incidents. However, the topic has brought to mind a couple of stories. The first involves my meandering through the streets of Amsterdam in June without a guide book or map. I kept accidentally finding myself on the same street of brothels with red awnings in the red light district. I eventually bought a map. 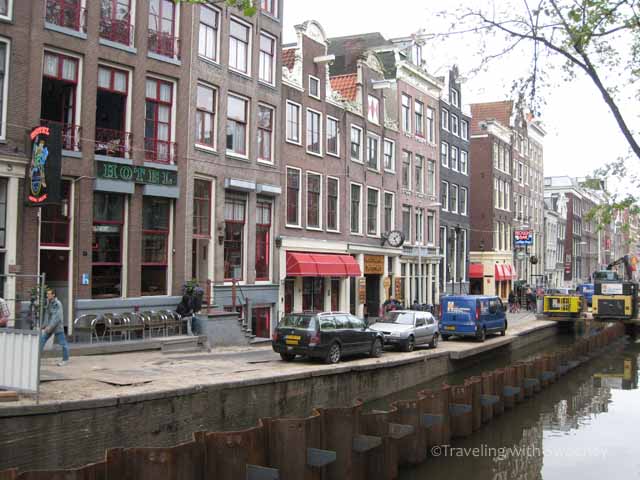 The second is one of those embarrassing moments that I’d like to forget and actually am reluctant to admit. I was in a bit of a panic at the Hamburg airport when I thought I had lost my purse. I drew some attention to myself as I frantically searched for the missing bag until I finally remembered that I had already consolidated it into my carry-on. I was glad to find the purse, but embarrassed nonetheless by causing a stir. In my defense, it was extremely early in the morning — before coffee.

Now this is difficult to nail down to one destination. I live in the San Francisco Bay Area and there are so many options — scenery, food, wine, history, hiking and more — and this year I took advantage of many of them. But the wine country of Napa and Sonoma counties has a special place in my heart. I had a great day traveling around Napa with Dave Thompson of Dave’s Travel Corner in May and getting a rare insider’s look at a small, but exceptional winery, Tedeschi Family Vineyards. Here I “helped out” in the vineyard by tucking the vines and enjoyed tasting wines with owner, Emil Tedeschi. 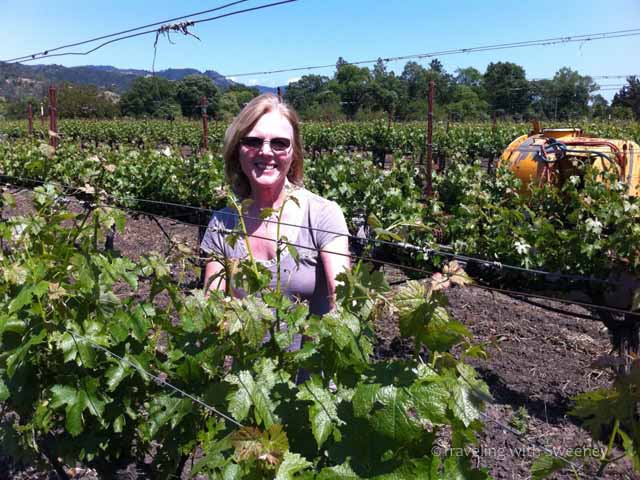 Be careful about being over-confident. As a frequent traveler, I enjoy serendipitous excursions and taking walks in random directions. I often ride the public transit systems, sometimes without a particular destination in mind. However, there are occasions when it just makes sense to do a little basic planning. If I had read the S-Bahn system map in Berlin, I wouldn’t have casually jumped off the train mistakenly thinking I must be fairly close to my destination and would walk the rest of the way. It was dark, I was alone and I was much further away than I thought. Since I needed to be somewhere at a particular time, this was a foolish thing to do. In some circumstances, it might have even been unsafe. Luckily, I did encounter very nice people (always a fun part of traveling) as they tried to point me in the right direction. Nevertheless, I was relieved when I finally came in sight of the Sony Center at Potsdamer Platz near my hotel. 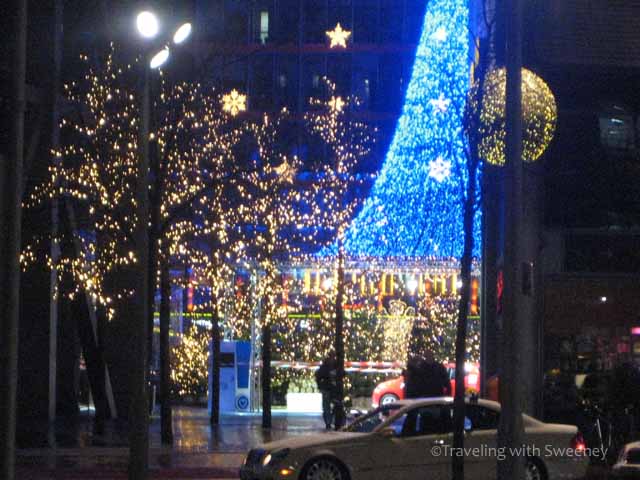 2011 was filled with many great travel memories for me. I hope you’ll spend some time on my site to read more about them and come back again to follow my travels and share your perspectives in 2012. Happy New Year!

Now it’s my turn to nominate a few of my favorite bloggers to share their stories in the Best of Travel 2011 series.

Here is a link to the rules for the Best of Travel 2011 series.

47 thoughts on “A Wonderful Year of Travel”