The Holocaust Memorial in Berlin

In today’s San Jose Mercury News, I read about two Holocaust survivors and their long friendship that included five years in Auschwitz and Sachsenhausen concentration camps. They first met as boys in Berlin, but became much closer after arriving at Sachsenhausen in 1939. The story of their time in the concentration camps and their lasting friendship is very touching. 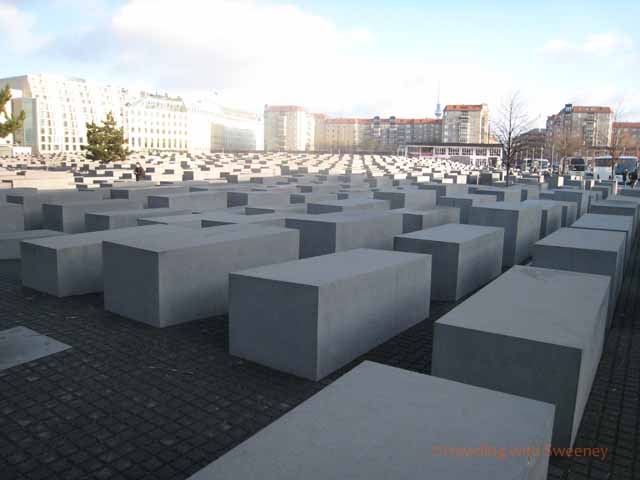 Memorial to the Murdered Jews of Europe, Berlin

The story also brought to mind my visit to the Holocaust Denkmal (Memorial to the Murdered Jews of Europe) in Berlin last month. I had been looking forward to seeing this memorial and had my first unexpected sight of it as I was in the taxi heading toward my hotel. It is situated on a 205,000 sq ft piece of land and consists of 2,711 concrete slabs. Viewing it from the street, the stones appeared to be no higher than a couple of feet.

Returning later, I walked through the rows. The ground actually slopes creating wavy patterns and at times, the slabs are towering over you. Each stone is a different size and shape. U.S. architect Peter Eisenman’s intent was to evoke the feelings of hopelessness and disorientation that the Jews themselves had felt during the Holocaust.

For more information about the Holcaust Memorial:

Memorial to the Murdered Jews of Europe 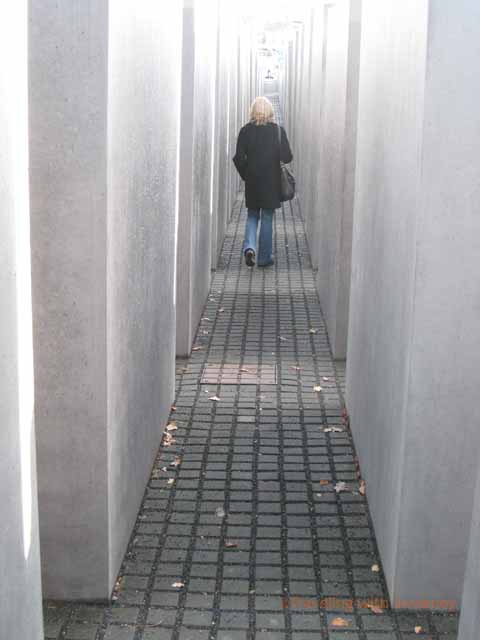 16 thoughts on “Berlin: Memorial to the Murdered Jews of Europe”