For those of us who grew up during the Cold War, the Berlin Wall was a stark symbol of Communist oppression in concrete and barbed wire.

Living in the United States, it was difficult to imagine the lives of East Berliners, separated from their families and freedom on the other side of the wall. In November, 1989 when the wall was finally brought down, the surprising news was greeted with joyful tears and cheers around the world. There are still places where you can see remnants of the Berlin Wall. 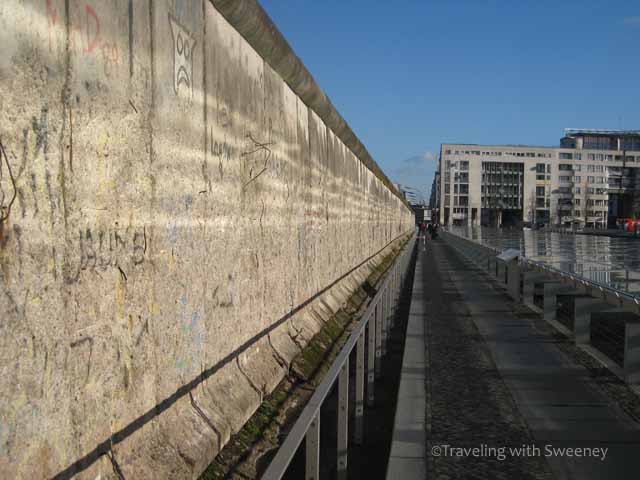 Berlin Wall at the Topography of Terror

The section of the wall pictured above stands on Niederkirchnerstrasse at the Topography of Terror exhibition and documentation center, which was the former site of SS headquarters and Third Reich Security Main Office. 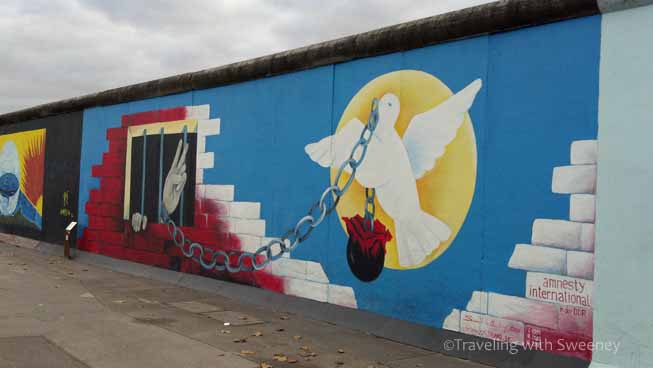 The East Side Gallery has over 100 paintings depicting freedom on 1.3km length of one of the last remaining sections of the Berlin Wall. 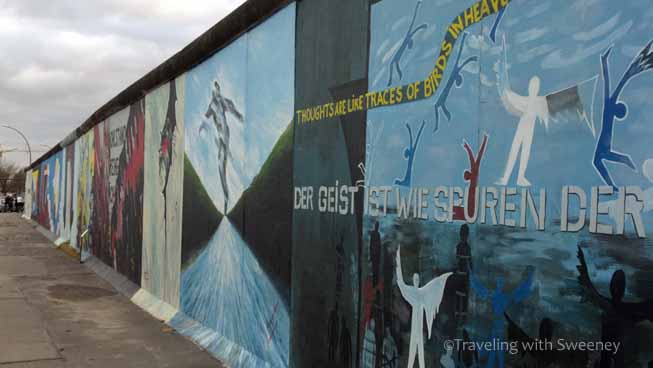 Started in 1990 and completed in 2009, it is located on Mühlenstrasse near the Ostbahnhof. 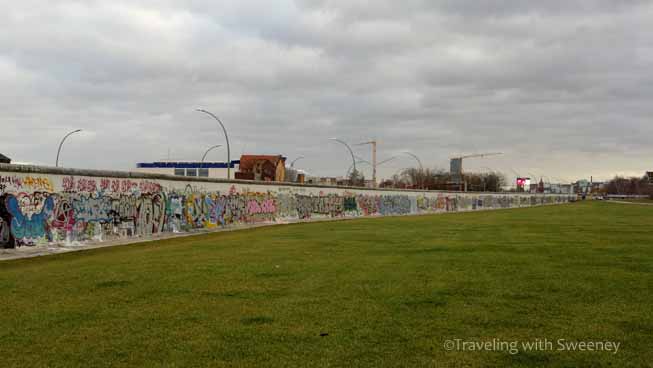 View from west side at the East Side Gallery

On the west side of the wall behind the East Side Gallery is an open area that borders the river Spree. 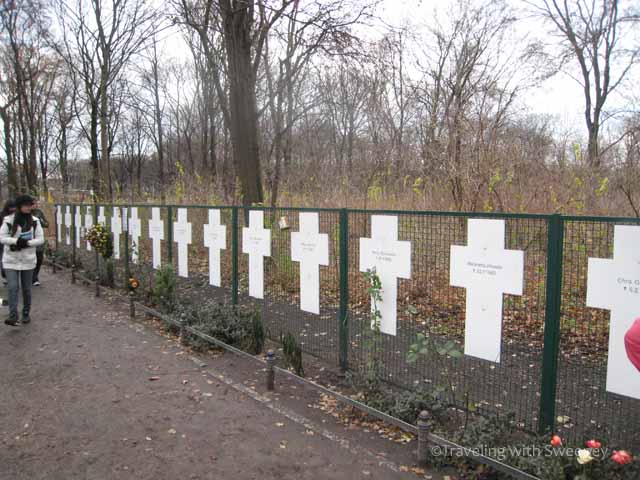 Memorial Crosses near the Reichstag

These crosses near the Reichstag, the seat of the German Parliament, are in memory of those who were killed trying to escape from East Berlin between 1961 and 1989.

42 thoughts on “Remnants of the Berlin Wall”