Barcelona’s Block of Discord is located on Passeig de Gràcia, the grand avenue of elegant shops and upscale hotels. 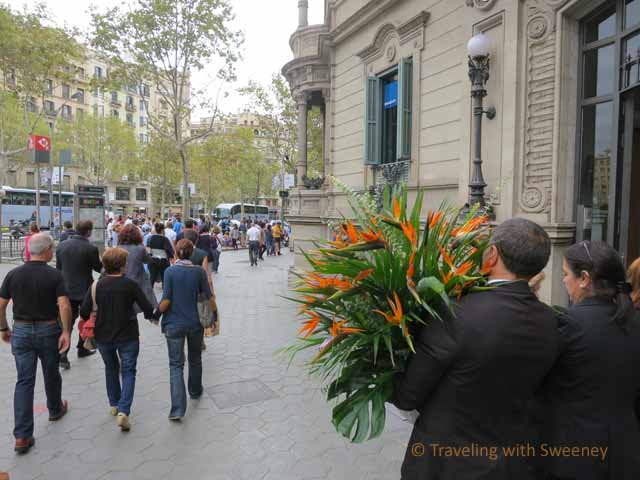 Two of architect Antoni Gaudi’s most famous designs, Casa Milà (La Pedrera) and Casa Batlló, are located on Passeig de Gracia and even the wide sidewalks of the avenue are paved with tiles designed by Gaudi using his original cast. His influence is seen throughout Barcelona. 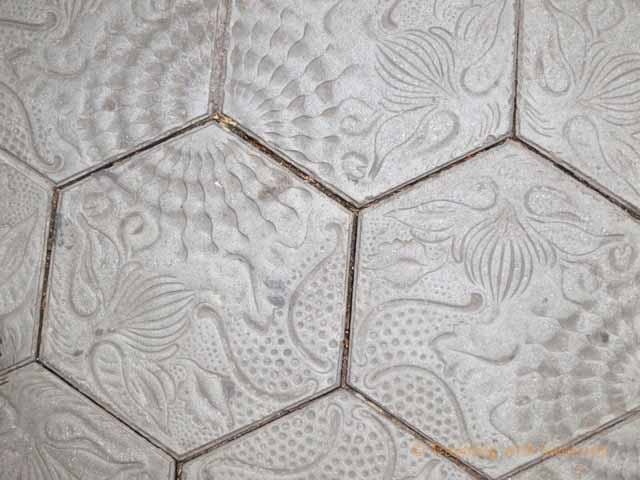 So What is the Block of Discord? 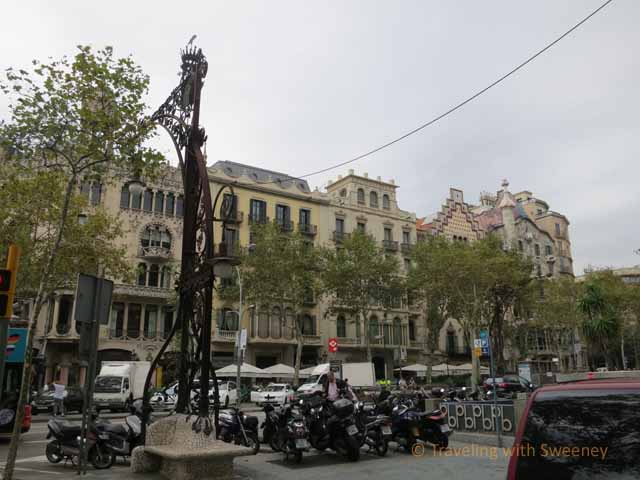 While enjoying the architecture along Passeig de Gràcia, I was surprised to learn that Gaudi’s Casa Batlló is one of three buildings on a block of the avenue that is called the Block of Discord or (Illa de la Discòrdia in Catalan or Manzana de la Discordia in Spanish). On this one block, three competing visions of Modernisme are on view in the early 20th century designs of three prominent architects. 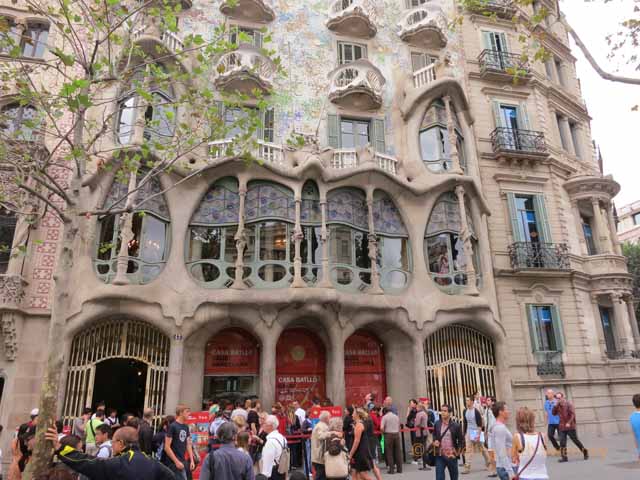 At No. 43 is Gaudi’s Casa Batlló with it’s colorful facade, mask-like balconies and symbolic features such as the roof that resembles the back of a dragon. The late 19th century building was restored by Gaudi between 1904-1906. You can see that it’s a very popular spot for tourists and Gaudi enthusiasts. 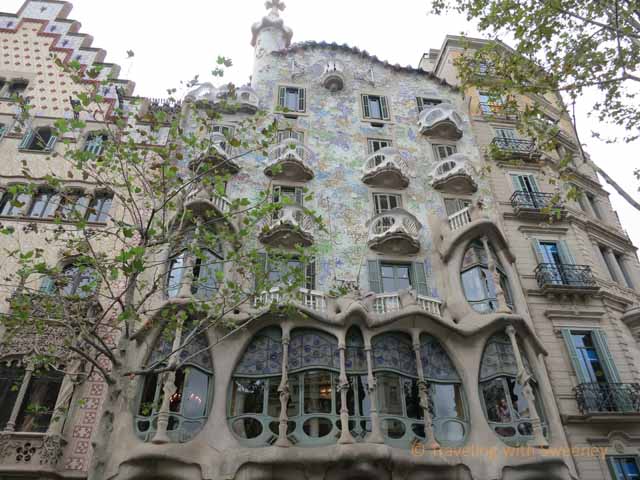 Adjacent to Casa Batlló at No. 41 is Casa Amatller, designed by Josep Puig i Cadfaich and built in 1900 for a chocolate baron, Antoni Amatller. It is quite a contrast to its neighbor with a Flemish-style stepped roof and Gothic design elements.

At the end of the block at No. 35 is Casa Lléo Morera, Domènech i Montaner’s interpretation of Moderisme. Unfortunately, what you can’t see in the photos is the detail of sculptures that depict inventions of the time such as the camera and telephone. Loewe, a luxury leather goods company, is located in the building. 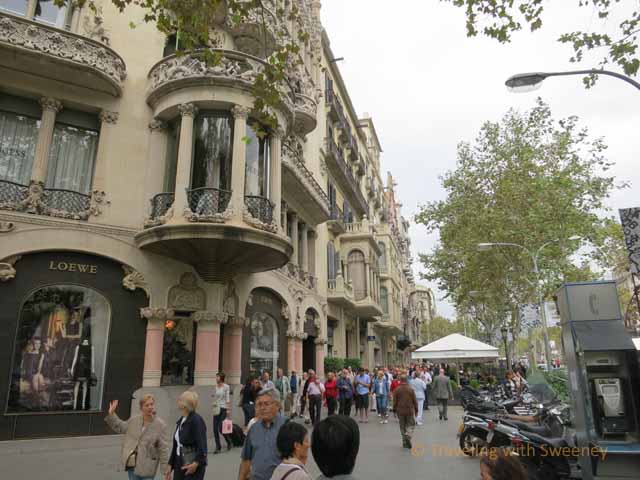 47 thoughts on “Barcelona’s Block of Discord”