Previously, I published an article about my first day in Prague, the capital of the Czech Republic, sharing some of my favorite scenes and moments in the Old Town and New Town areas of the city. But there are other places on the west side of the Vltava River in Prague, particularly Prague Castle, that draw visitors from all over the world, too. 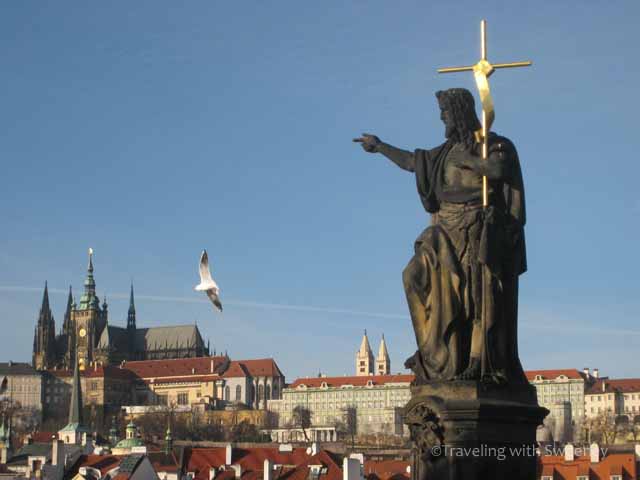 Crossing the Vltava River in Prague 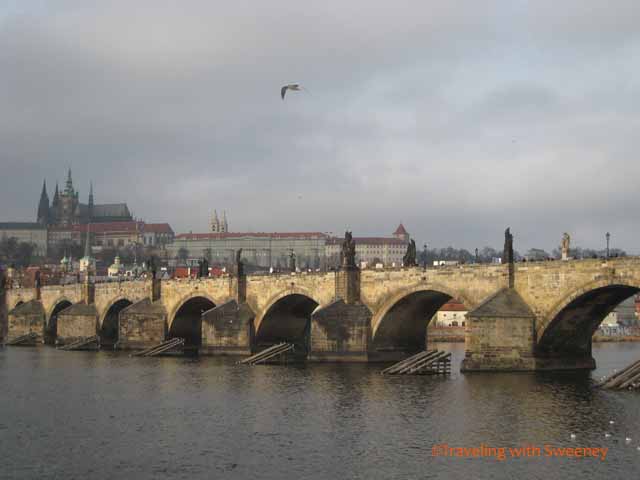 The most famous bridge in Prague, the 14th century Charles Bridge, connects the Old Town and Little Quarter areas. It’s easy to find your way to the bridge if you just follow the crowds. 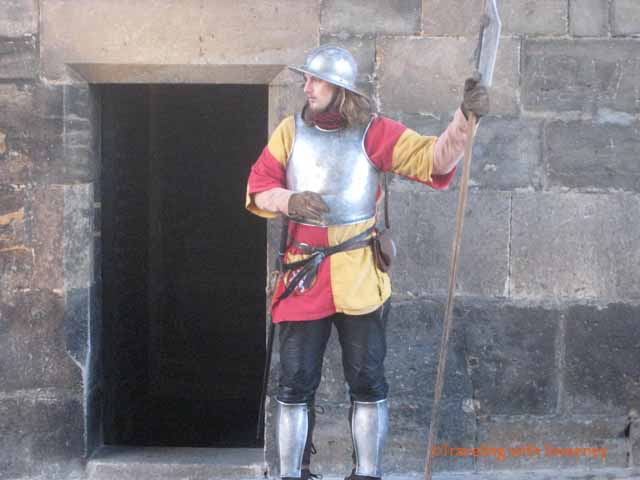 This guard in traditional dress looked the part as he greeted visitors beneath the Old Town Bridge Tower entrance to the bridge. Also at this end of the bridge are tour boat operators, another sign of the influx of tourists in recent years. But it’s Prague — still beautiful and romantic. I can’t help but wonder, however, what a visit to this old city would have been like before it became such a popular travel destination.

Along both sides of the Charles Bridge are 30 Baroque statues, depicting the Virgin Mary and saints, including the one of St. John the Baptist at the top of this post. I learned later that they are replicas of the originals which were which moved to the Lapidarium of the National Museum to protect them from further wear and tear of the elements. I was a little disappointed to find that out, but completely understand why it was done.

I don’t know if there were many local residents crossing the bridge, since it seemed that everyone had a camera vying for photo opportunities at the statues. But maybe this guy at the statue of Saints Cyril and Methodius was a local heading home with his Christmas tree. I like to think so.

A pigeon seemed to find a comfortable resting place on this statue of the Virgin Mary and Saints Dominic and Thomas Aquinas. 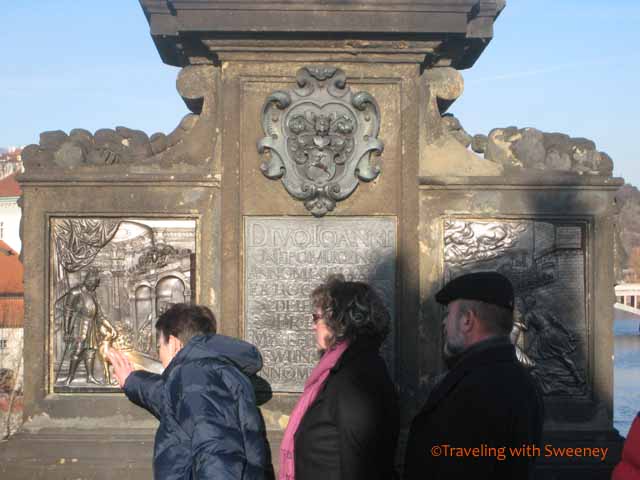 Visitors touching the statue of St. John of Nepomuk for good luck

Need a little luck? Just touch the reliefs on the base of the St. John of Nepomuk statue. Legend has it that your good luck will include a return trip to Prague. I hope that’s true. The original statue of this national saint of the Czech Republic was placed here in 1683. In the 14th century, King Wenceslas ordered that John be thrown from the Charles Bridge into the river because of a controversy over the election of an abbot. Seems rather harsh. 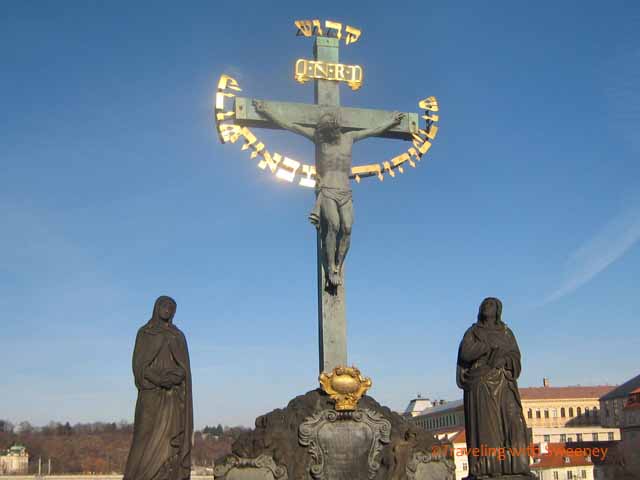 A simple wooden cross was the only adornment on the bridge when it was built in the mid-14th century. There have been several replacement crosses and the current gilded one was installed in 1657.

Not only are there plenty of souvenir and trinket vendors on the bridge, there’s entertainment. This musician was playing a song on water glasses, although I can’t remember now what song he was performing. 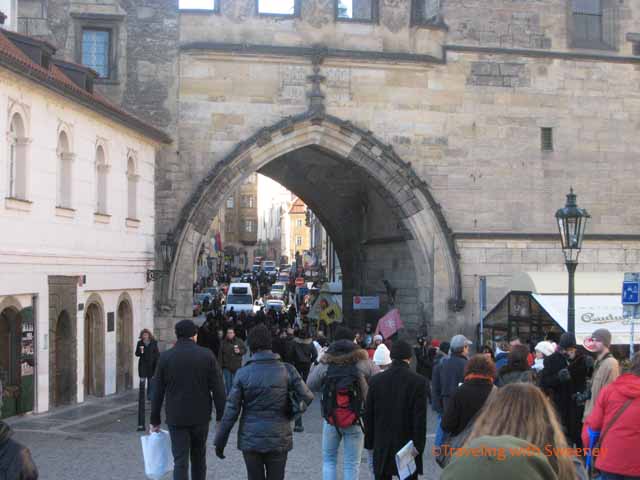 48 thoughts on “Crossing the Vltava: Prague”