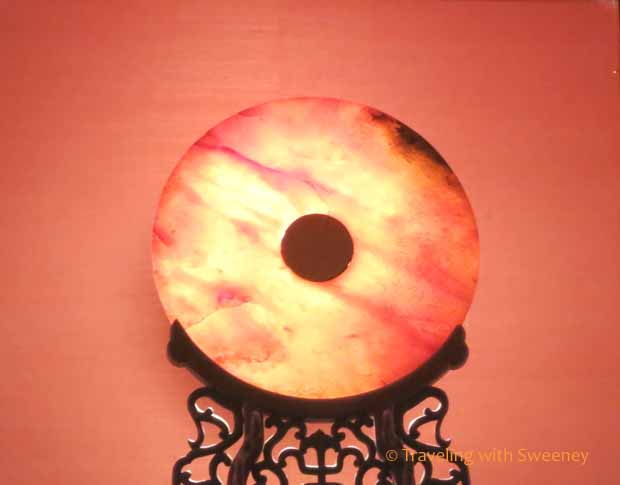 I’ve spent much time over the years visiting a close friend in Elmhurst, Illinois, a suburb about 16 miles west of downtown Chicago. But until last month, neither of us had ever been to the Lizzadro Museum of Lapidary Art, an under-the-radar gem — really.

So What is Lapidary Art? 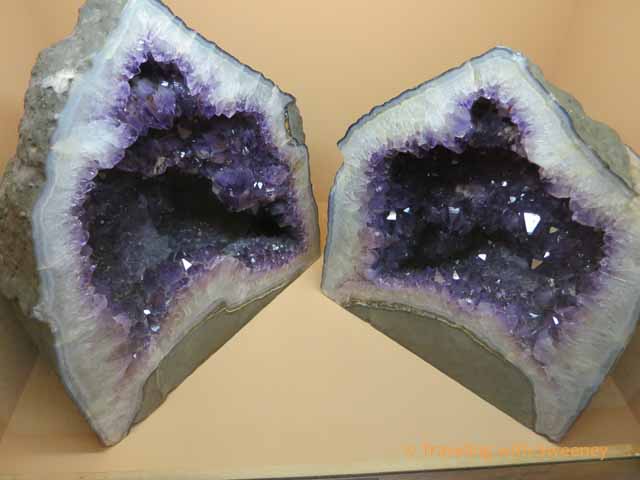 I had no idea what it was until I found a listing for the museum on the City of Elmhurst’s website. Lapidary is the art of cutting and polishing stone. The museum’s founder, Joseph F. Lizzadro, Sr., started a hobby in lapidary back in the 1930s and through acquisitions grew a world class collection. His museum opened in 1962 for this stated purpose: “To share with others our enjoyment of the eternal beauty in gemstones and our appreciation of the art with which man has complemented the works of nature.” 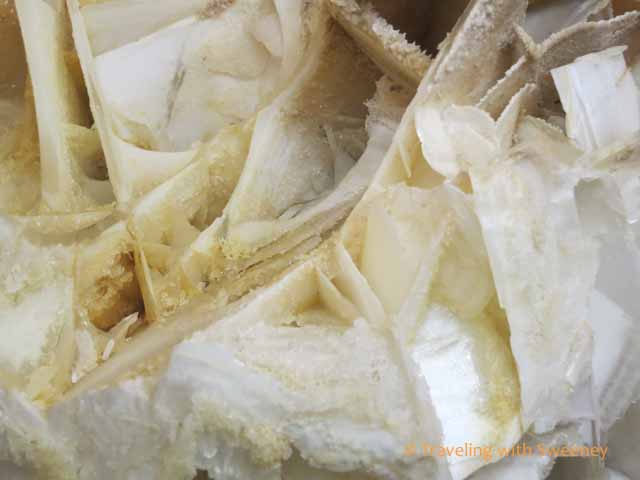 In the Rough: Angel Wing Calcite

Rough gems, jade carvings, polished stones, stone mosaics, dioramas of animals carved from gem materials — these are some of the diverse rock and mineral exhibits you’ll find on display. Here are a few of my favorites from the collection. 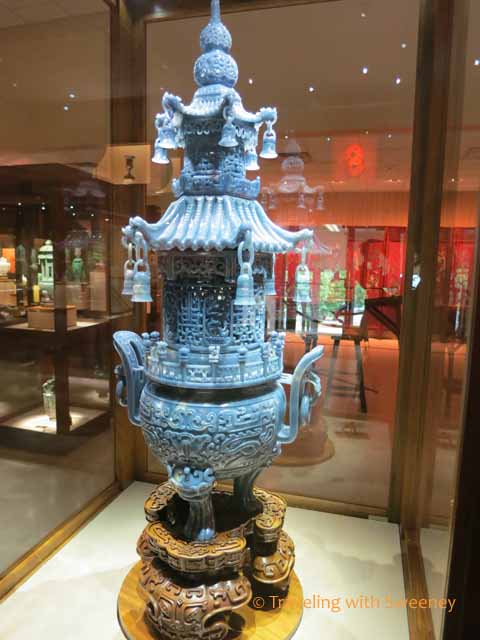 Pure jade is white, but other minerals give it many different colors. This elaborate jadeite carving was made between 1736 and 1795 during the reign of Emperor Qianlong and was probably used to burn incense in the Imperial Palace in Beijing. Although the jadeite came from Burma, it was carved in China. 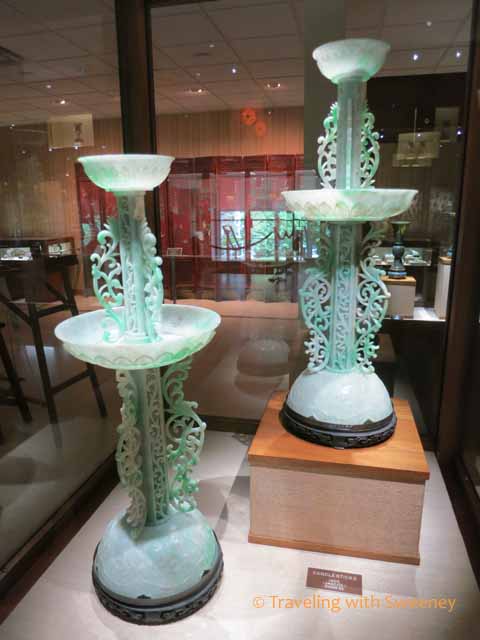 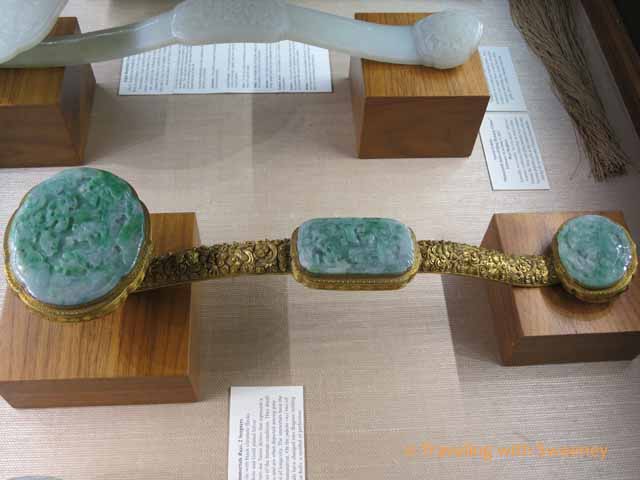 Ruyi are scepters often made of jade, iron, amber, bamboo, wood, and precious metals that were given as gifts to convey wishes for good luck. Ruyi means “as you wish”. 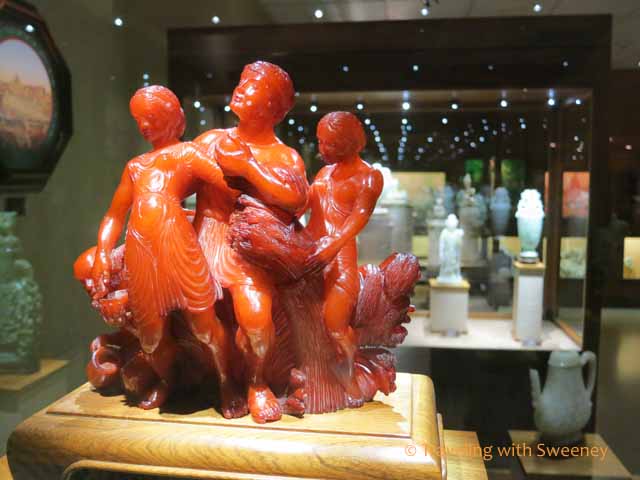 This Italian statue was carved from a single piece of amber, fossilized tree resin, and shows a family rejoicing after a good harvest. 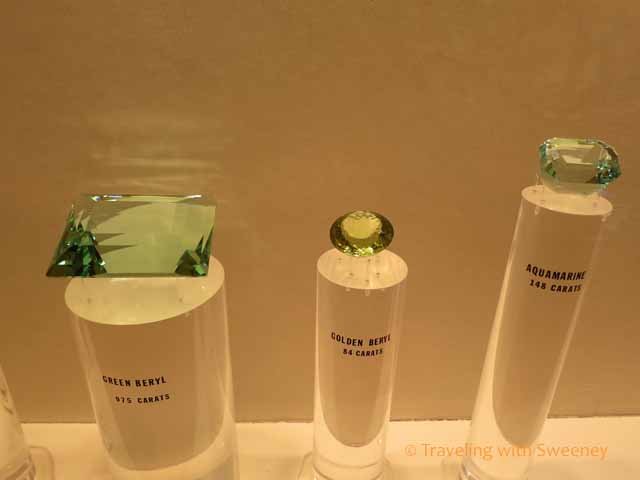 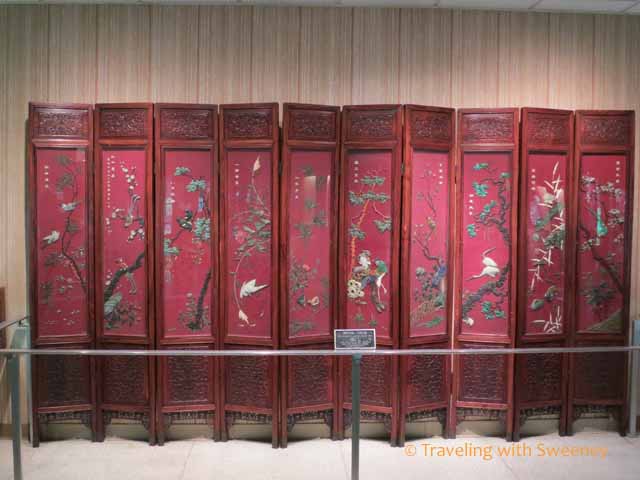 Scenes on this Chinese screen are set is jade, amethyst, tiger-eye, rose quartz, mother-of-pearl, ivory and other gemstones. It was originally given to Emperor Qianlong in 1791, but was brought to San Francisco in 1930 for the World’s Fair and later purchased by Joseph Lizzadro.

The museum isn’t only a treasure chest for rockhounds and amateur geologists, but anyone who appreciates the aesthetics of art created from nature.

If you go: The museum is about a 10 minute walk from the Elmhurst Metra Station. From downtown Chicago’s Ogilvie Transportation Center, it is a 30 minute train ride to Elmhurst. Parking is also available. The museum is open 10:00 – 5:00 Tuesday through Sunday. Adult admission is $4.00, free on Fridays. 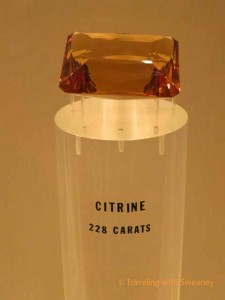