Washington DC Things to Do

Bill Clinton was President of the United States when I took a White House tour on my second Washington DC visit. I’m not telling who was in office when I visited the nation’s capital for the first time, but I can assure you that it wasn’t Teddy Roosevelt. In the past several months, I’ve been lucky enough to have taken two more trips to the United States Capital, most recently in May. Each time I found new places to visit in Washington DC to inform, inspire, or amuse me. You might like to have these experiences, too. 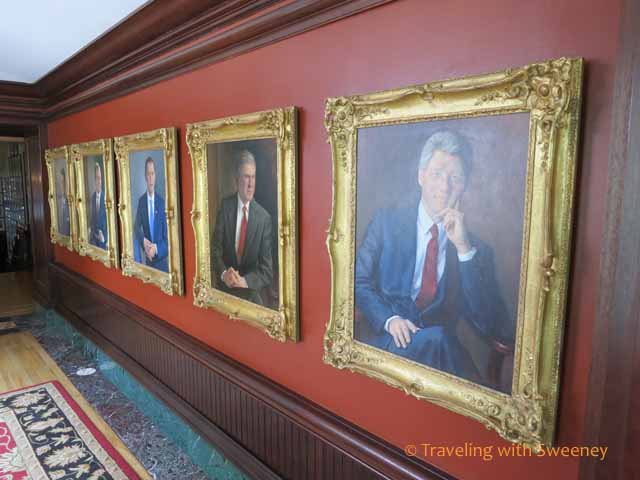 Portraits of Presidents at Occidental Grill and Seafood

As many of you know, eating out in places with good food, ambiance and local significance is a priority with me when I travel. A favorite of mine has become the landmark Occidental Grill and Seafood just one block from the White House. The walls are filled with photographs of the famous and powerful people who have dined there for over 100 years including Amelia Earhart, Robert Frost, statesmen and presidents. I like to sit on the large outdoor patio, but at a table inside the restaurant there’s an interesting piece of 1960s history. A plaque at the table reads, “At this table during the tense moments of the Cuban missile crisis a Russian offer to withdraw missiles from Cuba was passed by the mysterious Russian ‘Mr. X’ to ABC-TV correspondent John Scali. On the basis of this meeting the threat of a possible nuclear war was avoided.”

What sort of subterfuge is this man engaged in? 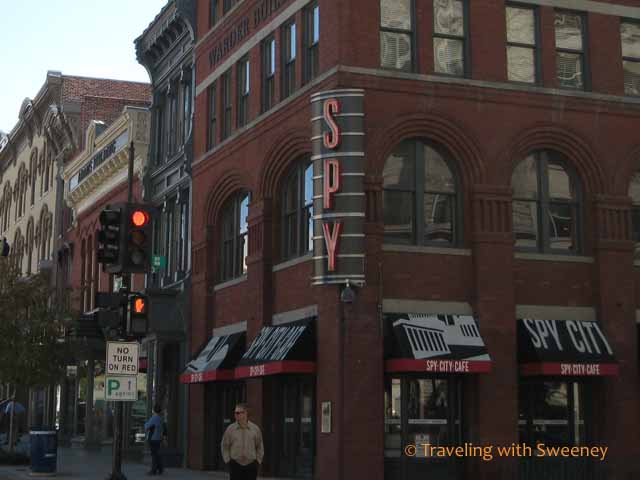 The International Spy Museum was a big hit with me since I fantasized about being a spy when I was growing up and still enjoy films and books with international intrigue. There are extensive exhibits, interactive displays and in-depth historical information about espionage (the world’s “second oldest profession”) and the role that intelligence plays in current events. Many of the artifacts, such as a lipstick pistol, tear gas pen, disguise kit, and wristwatch microphone seem like they’re straight from the movies. You really can go undercover in a one hour experience, “Operation Spy”, by taking on the identity of an intelligence officer on a mission that is based on actual cases.

Celebrate Freedom of the Press 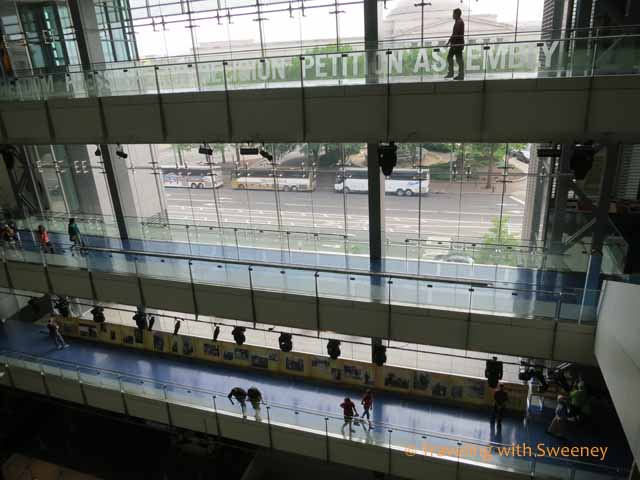 Inside the Newseum, Washington D.C.

The impressively-designed Newseum with a 90 foot high atrium has wide-ranging exhibits emphasizing the freedoms of the First Amendment: Press, Speech, Religion, Petition and Assembly. The galleries showcase the history and evolution of news gathering, Pulitzer Prize photographs, a journalists memorial, world news, new media technologies and major events. There’s also a full studio where ABC and (you might be surprised to hear) Al Jazeera do live broadcasts. 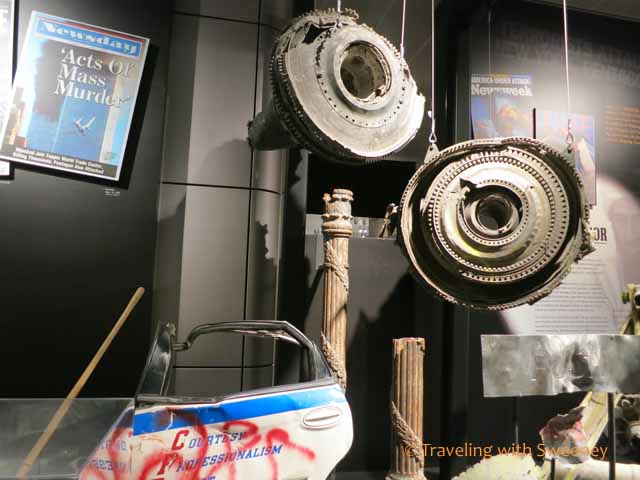 Most memorable for me were the FBI Exhibit, much of which is focused on the role of the organization in fighting terrorism, and the 9/11 Gallery. I really wasn’t expecting to see some of the World Trade Center artifacts in this exhibit — engine parts of planes that crashed into the twin towers, cell phones found in the debris and items belonging to airplane passengers. 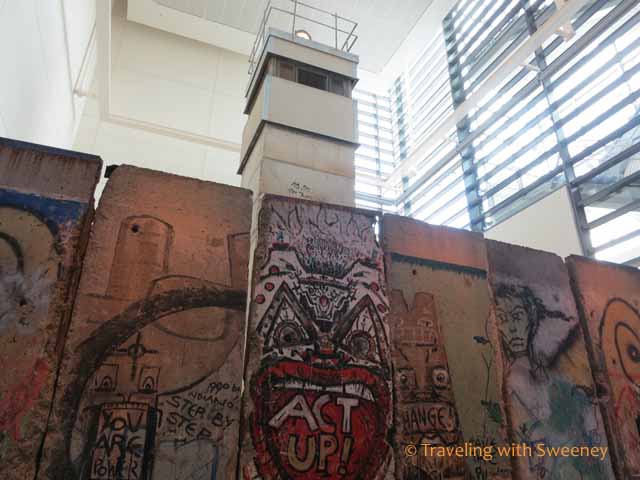 For those who haven’t seen remnants of the Berlin Wall in Germany, they can see eight sections of the original wall and a guard tower at the Newseum. 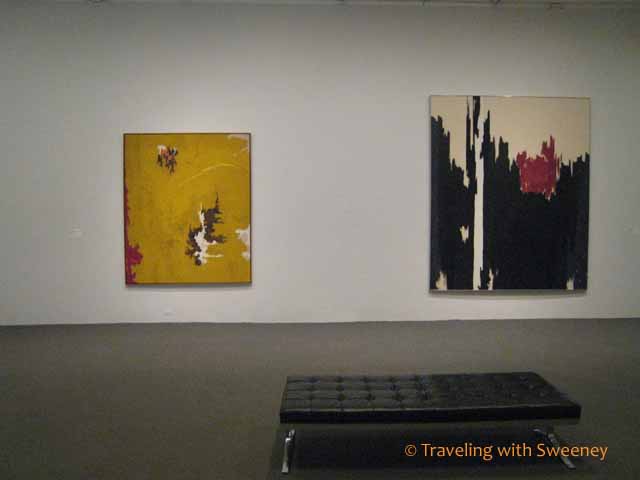 For extensive and eclectic modern art exhibits when you visit Washington DC, spend some time at the Hirshhorn Museum and Sculpture Garden, located on the National Mall. There were many paintings and sculptures that I liked, including this one by Giacomo Balla below. I previously posted about other interesting installations in Round Rainbow and Four Artists, Four Photos. (Check with the museum for information on current exhibitions.) 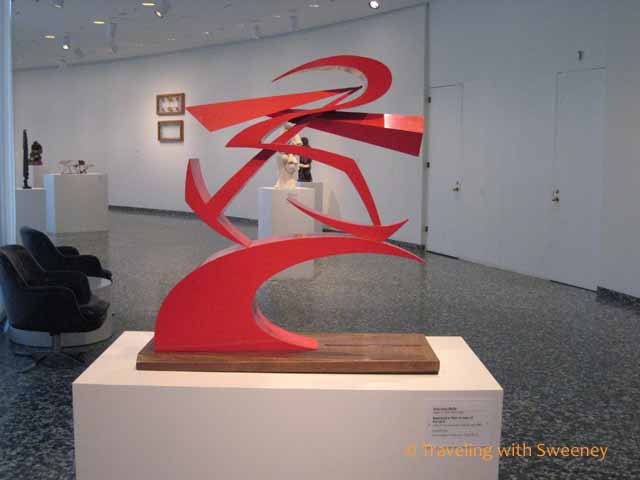 My introduction to the National Portrait Gallery and Smithsonian American Art Museum was an excellent walking tour guided by Katie Wood Kirchoff of Context Travel. 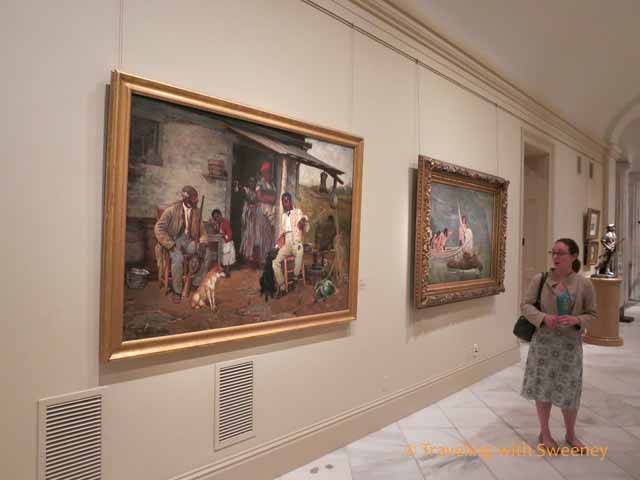 The tour took us through galleries of selected works depicting the people who influenced and shaped America from its founding. We examined American art from the Revolution, through westward expansion, the Civil War and other crucial periods in American history — each painting telling stories of struggle, hope, social consciousness and everyday life. 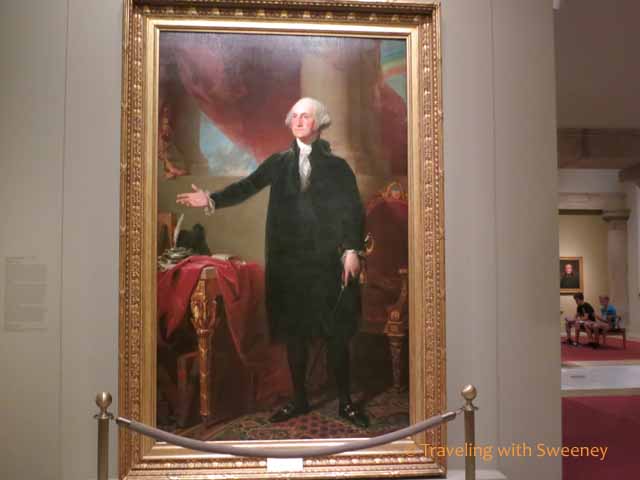 The famous Landsdowne portrait of George Washington is at the entrance to the gallery’s collection of 43 presidential portraits (not to be confused with the portraits at the landmark Occidental Grill in the first photo). 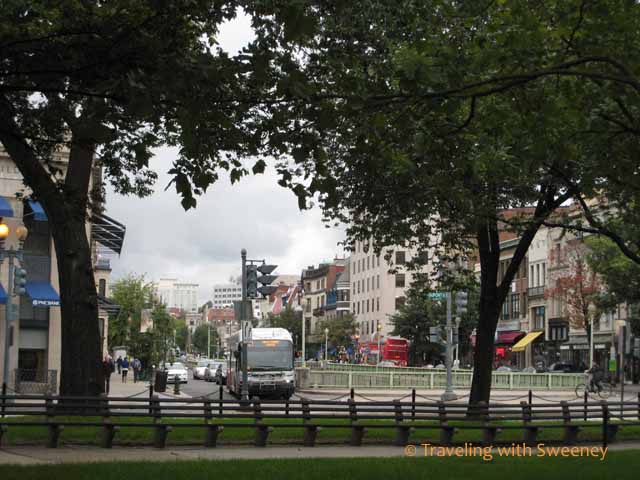 Getting around to Washington’s neighborhoods is easy on the Metro system. One of the areas that I particularly like is DuPont Circle for shopping, dining and nightlife. I love the international feel of the neighborhood’s Embassy Row which is home to many foreign embassies. Within walking distance of DuPont Circle are other popular districts such as historic Georgetown and Adams Morgan. 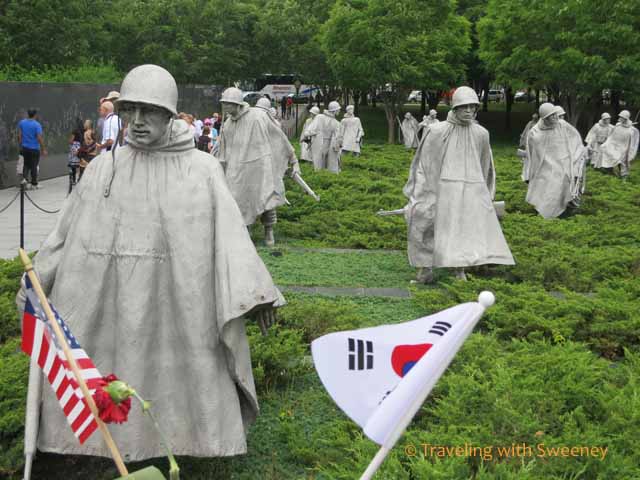 People around the world are familiar with the iconic images of Washington’s many monuments and memorials, particularly the towering Washington Monument and the U.S. Capitol building. There are statues and monuments everywhere in Washington from honoring, presidents, generals, prominent individuals and powerful leaders. There are also three memorials honoring our war veterans World War II, Vietnam and Korea that I visited just before Memorial Day and photographed for Remembrance in Washington D.C. 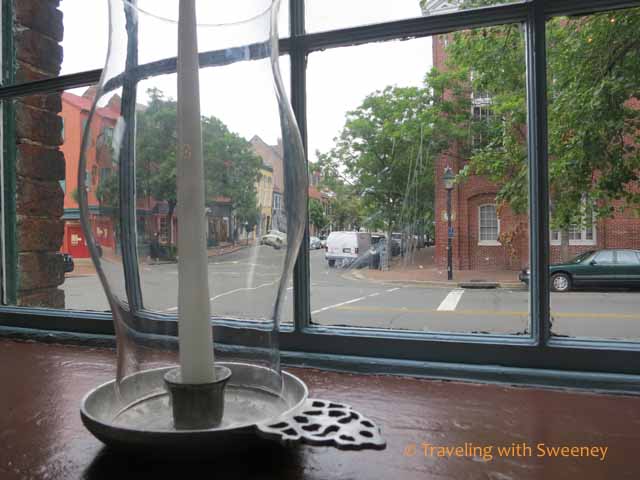 Besides places in Washington DC itself, nearby Alexandria, Virginia is definitely worth a visit, even for just an afternoon of walking in the footsteps of George Washington in Old Town Alexandria. Lunch at Gadsby’s, where George often dined, is a good place to start your tour of some key sights, such as Christ Church, the Stabler-Leadbeater Apothecary Museum and the many historic homes of Alexandria.

Of course, there are many more places to explore on your Washington DC visit and the surrounding area. So plan your dates, book your flights, check out hotels and vacation apartments in Washington, and see D.C. during the Obama administration. A capital idea!

51 thoughts on “Capital Ideas for a Washington DC Visit”