Selections from the Hirshhorn Museum,

Sometimes I like to get out the watercolors and without much thought or preparation — paint! I know this doesn’t make me an artist, but it gives me enjoyment and more often than not, I like what I’ve created. Similarly, I’m not an expert in art or art history, but I love visiting museums and galleries to bask in the creativity of others. At the Hirshhorn Museum and Sculpture Garden in Washington DC, I found several works that grabbed my attention. 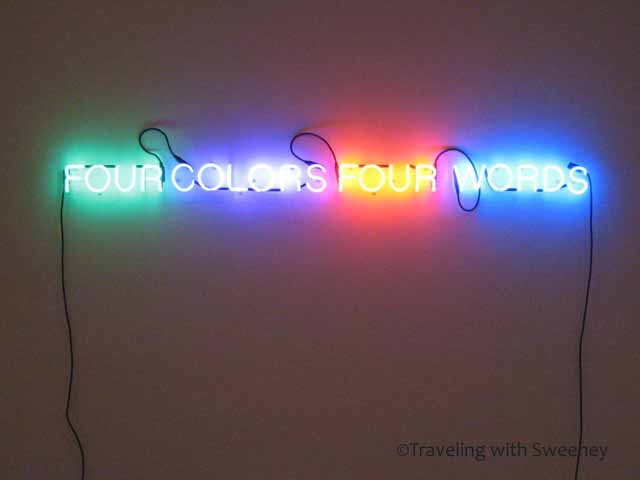 I had not previously seen any of Kosuth’s work, but this neon piece prompted me to find out more about him. I came across this statement by Kosuth — “The art I call conceptual is such because it is based on an inquiry into the nature of art. Thus, it is . . . a working out, a thinking out, of all the implications of all aspects of the concept ‘art’.” He certainly got me thinking. 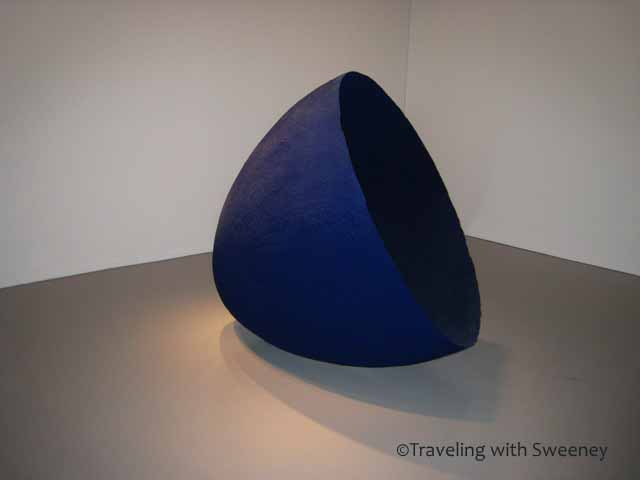 At the Hub of Things, Anish Kapoor

I’m quite familiar with Kapoor and consider Cloud Gate (“The Bean”) in Chicago’s Millennium Park one of my favorite works of public art. I thought this statement of Kapoor’s was very interesting about the use of blue pigment in this and other pieces. “What is important about these works is not that they are made out of pigment. The curious thing is that they appear to be made out of pigment. … It said that what you see is what you get, and I think that art is exactly the opposite. What you see is not what you get!” I think I understand that. 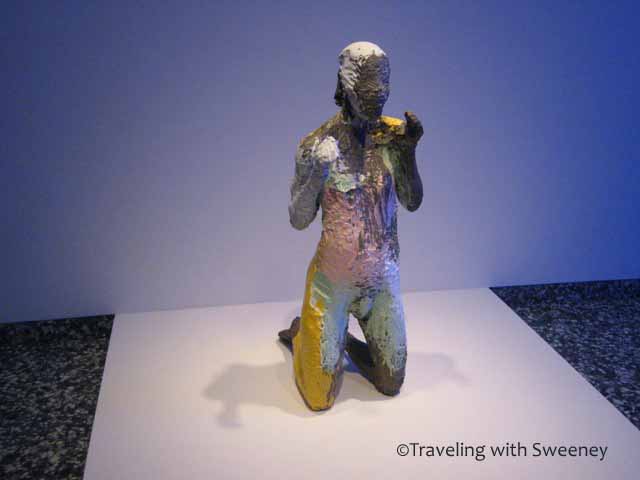 This painted bronze piece was my introduction to Manuel Neri. He’s known primarily for his life-sized sculptures that are often painted and have much texture. Because of this, his sculptures are often described as “painterly”. I like it. 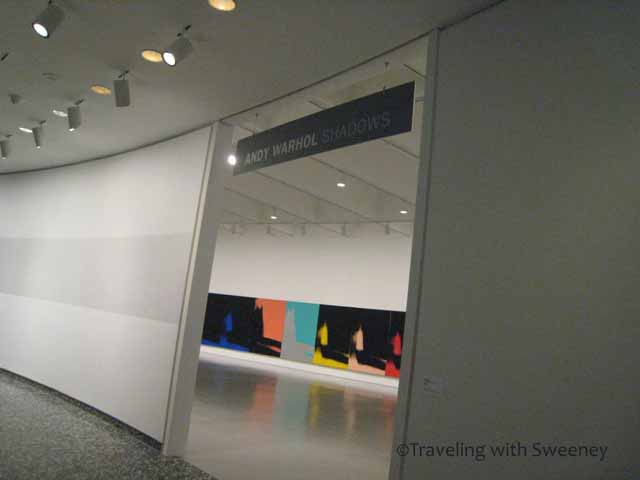 The Shadows exhibition will be running at the Hirshhorn through January 15, 2012. I’ve seen a lot of Warhol’s work over the years in various museums and of course, in the media. Shadows is quite different. It consists of a series of 102 silkscreen canvases depicting distorted photographs of shadows in his studio. They are installed side by side along the gallery’s curved walls. Photographs were not allowed inside the exhibit, so I just have this one showing a partial view from outside. Click here to see more: Shadows

Do any of these works capture your attention?

45 thoughts on “Four Artists Four Photos at the Hirshhorn Museum”