A favorite place of mine is Union Square San Francisco. 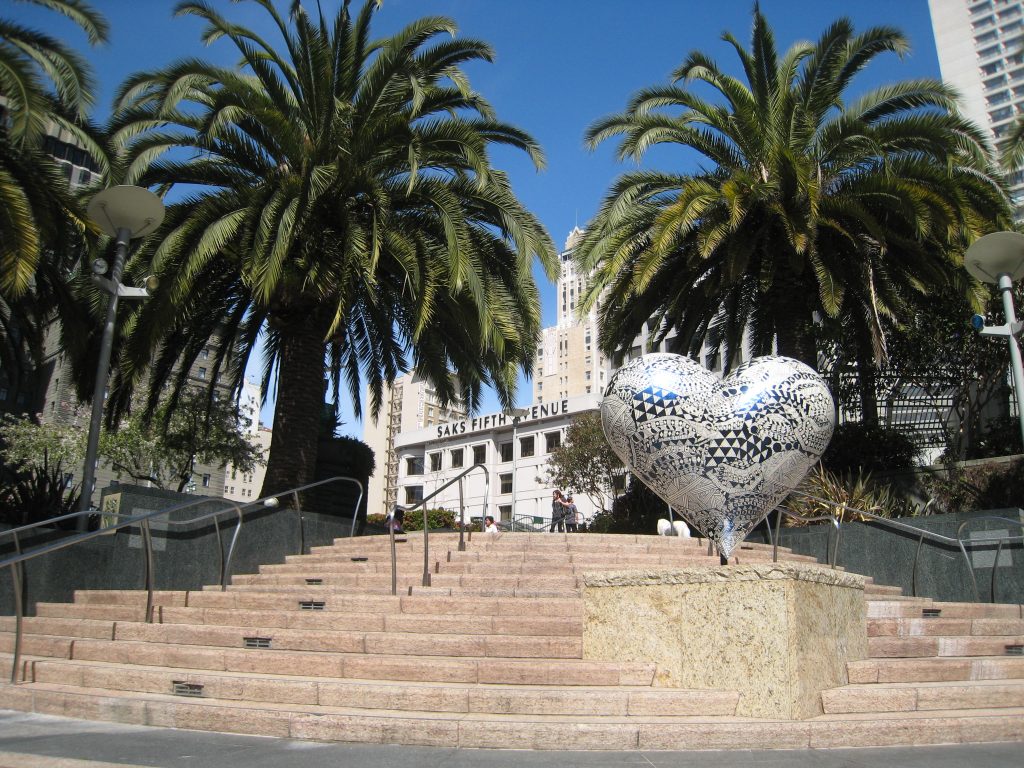 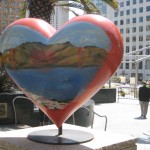 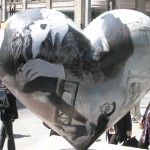 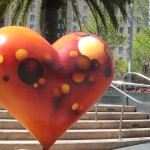 The plaza is bounded by Geary, Stockton, Post and Powell Streets. At each corner of the square are heart sculptures painted by Bay Area artists. Every year, new heart sculptures replace ones that are auctioned for the benefit of San Francisco General Hospital Foundation. The heart at the far left depicting the bay and the Golden Gate Bridge was painted by singer Tony Bennett, renowned for “I Left My Heart in San Francisco”. 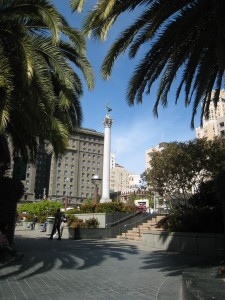 Union Square was named for the pro-Union demonstrations held before and during the Civil War. The Dewey Monument in the center of the square commemorates the victory of Admiral George Dewey and the American fleet over Spanish forces in the Philippines during the Spanish-American War.

Tourists, residents, nearby workers and shoppers are attracted to the square all year round. But warm temperatures and sunshine make it a special place to visit with friends, have lunch or people watch. 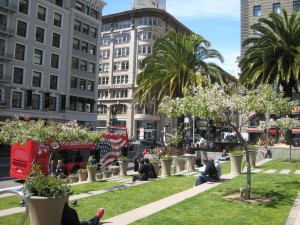 Art exhibits, festivals and other special events are often held at Union Square. During my visit this week, workers were setting up for a Red Cross event on Friday, April 15th. Many years ago when I worked in the area, I saw Tony Bennett performing there during lunch time on a summer afternoon.

The square is surrounded by many upscale department stores, boutiques, galleries, restaurants, theaters and hotels. Tiffany, Macy’s, Neiman-Marcus, Saks Fifth Avenue, Hermes, and Ferragamo are a few well-known stores directly across from the square. Nearby are Barney’s New York, Prada, Cartier and many more. 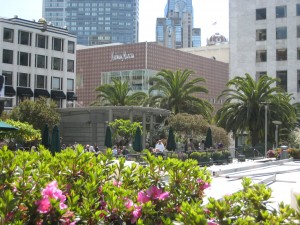 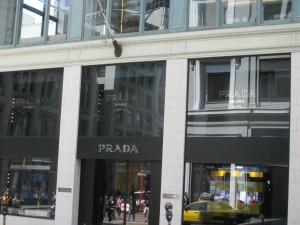 There was some unexpected excitement as I was taking this photo of Prada. Further down the street, I heard someone yelling and turned to look. I was just in time to see a man charging directly toward me. He ran past and turned left at the end of the block. A police car with sirens blaring sped past, turning left as well. I followed the action and just a short distance away, several police vehicles were gathered and the officers already had the man in handcuffs. Nice work, SFPD!

A San Francisco landmark is Gump’s at 135 Post Street, which is celebrating its 150-year anniversary. When it first opened during the California Gold Rush it sold “looking glasses”. Now they have an eclectic selection of products from glassware, furniture, jewelry, linens, women’s clothing, books, chocolate, artwork and much more (including mirrors, of course). The tall multi-colored vase in the photo is a limited edition production by Moser, a Czech company. There are only two of its kind in the United States and it has a price of $13,420! I was very careful not to get too close. 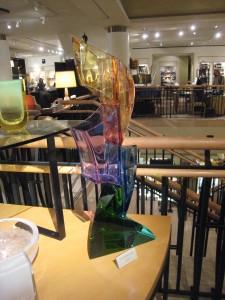 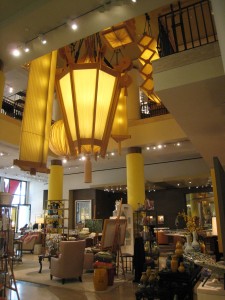 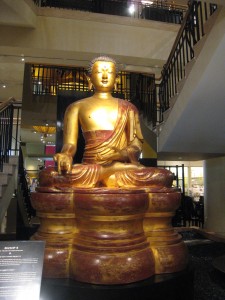 Maiden Lane is a small side street off of Stockton that was once the center of San Francisco’s red light district. Now there are cafes, galleries, salons and high-end shops like Chanel along both sides of the street. 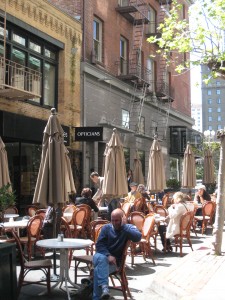 On the opposite side of Union Square on Powell, you can catch one of San Francisco’s famous cable cars in front of the historic Westin St. Francis Hotel. On this spring weekday there was no wait to get on, but there could be long lines in peak seasons. It’s a fun and memorable ride! 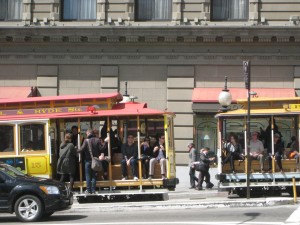