Walk, walk, walk! That’s what I like to do in cities everywhere. Sometimes you come across the unexpected like I did on my European trip last month. I found surfing in Munich! 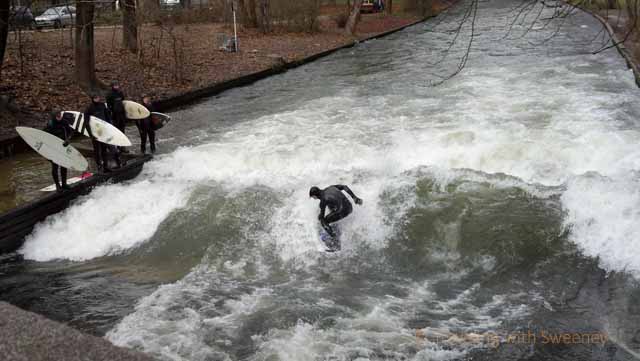 Riding the Wave on the Eisbach in Munich 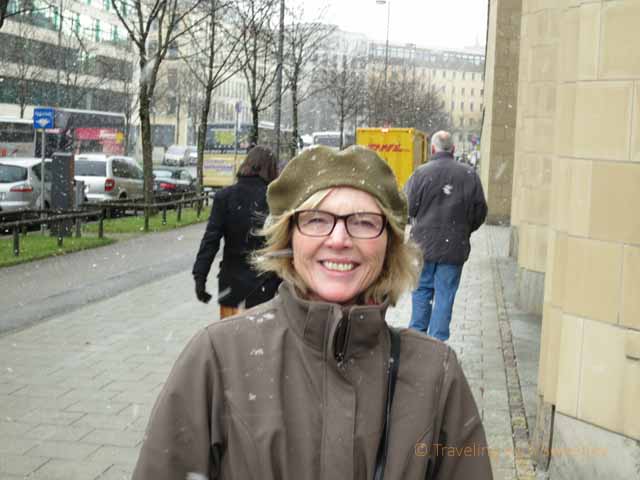 Enough of me — back to the surfers

Living close to the Pacific Ocean in Northern California, I’ve often seen surfers braving the waves at Half Moon Bay, but most people wouldn’t expect to find them on a narrow waterway in the middle of a major city — especially in the winter. But these surfers come here year-round. In the winter, the water temperatures can dip to about 39°F/4°C. A little chilly for me. 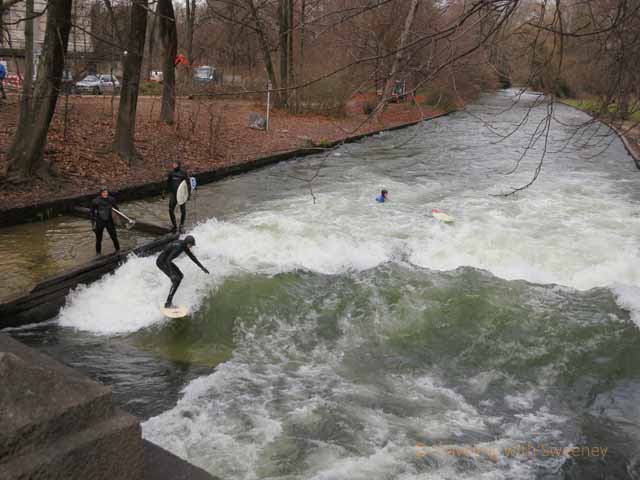 The surfers come here day and night. The close proximity of the concrete banks seems like it would be dangerous enough in the daytime, let alone at night. The unusual venue also requires a challenging move to enter the stream. Surfers jump in from the side with their boards landing in position in the water and the surfer landing on the board. It looks like a more difficult way to get started than in normal surfing.

Surfers have been coming here since the 1970s when the wave was created by concrete blocks dropped into the water under the bridge to control the current of the Eisbach, a man-made tributary of the Isar River that runs through the Englischer Garten, Munich’s largest public park. Until recent years, surfing was technically banned, but the ban was not strictly enforced. Now, although swimming is forbidden, Munich’s mayor Christian Ude has enthusiastically approved surfing, primarily because it has become a tourist attraction. 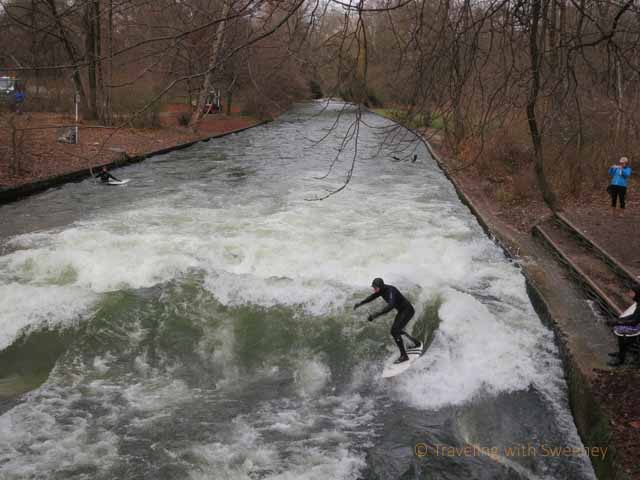 It was certainly a surprise to come across surfing in Munich in December and it was quite enjoyable to watch. There is another surfing location in Munich on the Flosslände River which I’ve been told is a more appropriate spot for beginners. An annual surf competition is held there as well. 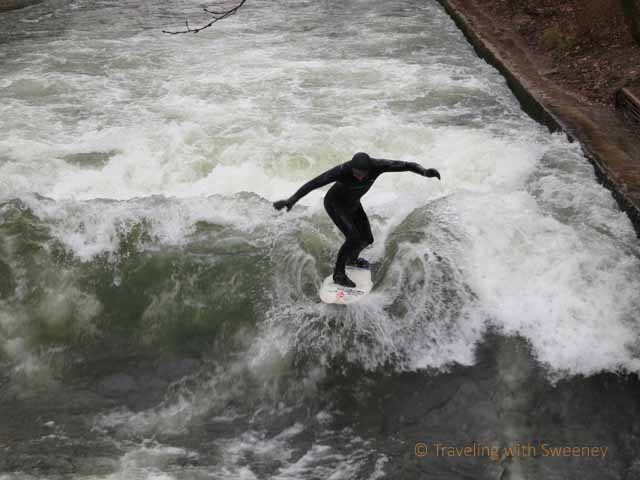 Maybe I’ll try surfing in the summertime. Or not. 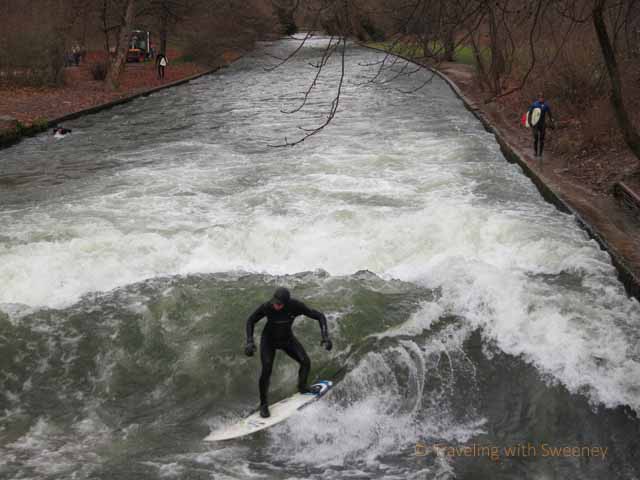 60 thoughts on “Surfing in Munich”