On a walk in Munich to the Isar River and Friedensengel monument at Maximilian Park, I had just crossed the Luitpold Bridge, and was looking for a way to safely cross busy Prinzregentenstrasse. Then I noticed the pedestrian tunnel under the street. What I found was more than an underground walkway. It was a showcase of street art. 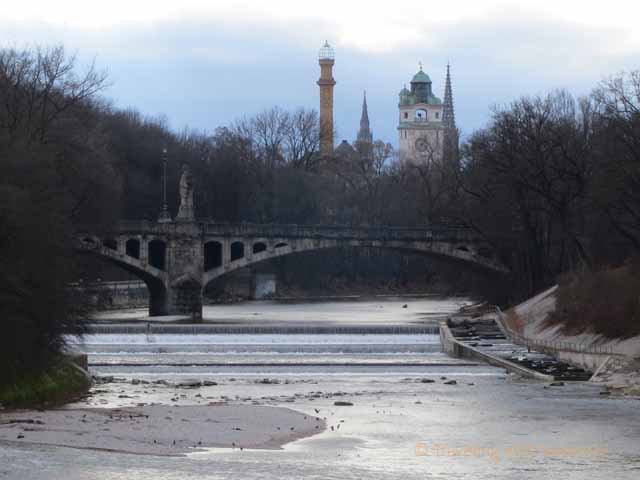 At the bottom of a curved staircase, I stopped in my tracks, surprised to see intriguing murals on both sides that continued the length of the tunnel. 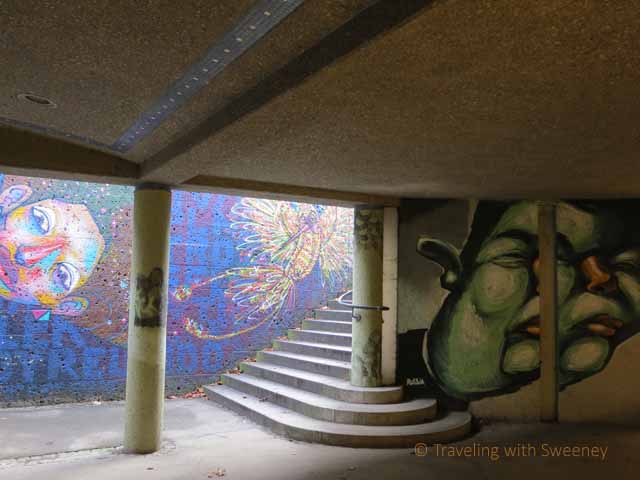 When walking in cities I’m always attracted to street art and the diversity of subjects, styles and techniques. I’m compelled to stop, take pictures and often think about who might have created the art. What was their motivation? What other art have they produced? Are they amateur or professional artists? 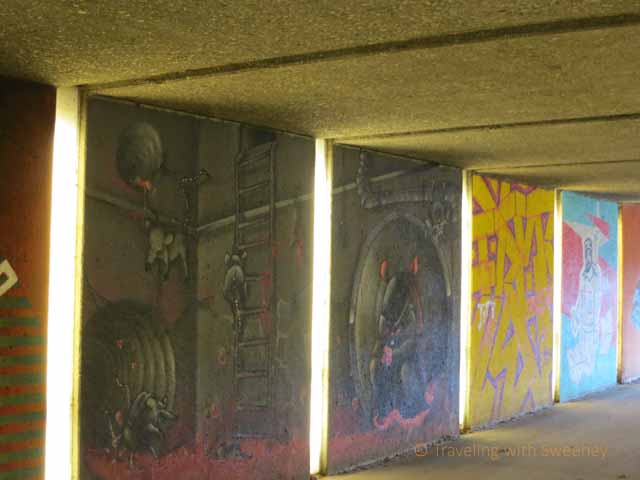 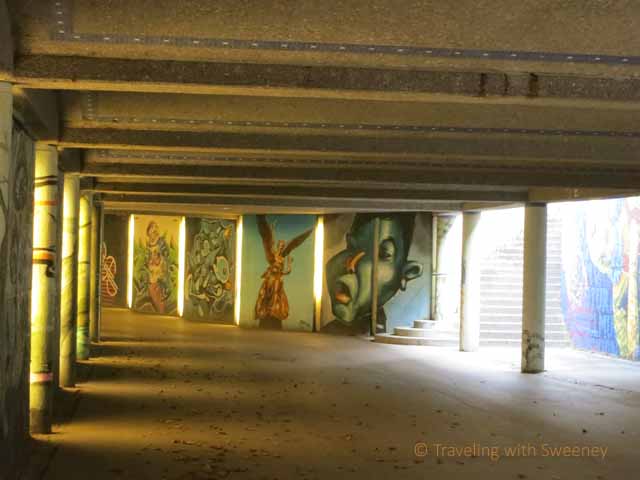 On this December day, the tunnel was free of other people but for one couple that quickly walked through while I was there. Though some tunnels are dark and scary, this one was well lit and peaceful. It felt more like being in a gallery than a tunnel with traffic above. 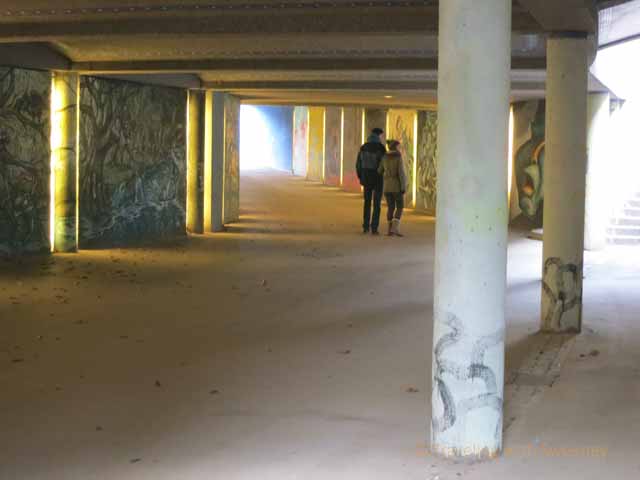 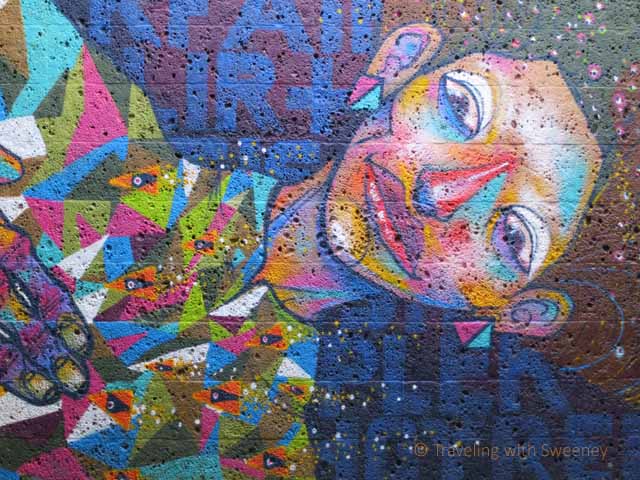 Mural in Pedestrian Tunnel in Munich

Emerging from the tunnel, I was at the base of the Friedensengel Monument, looking up at the Angel of Peace statue at the top. Designed in 1891 by Jacob Möhl, the monument was built to commemorate 25 years of peace since the end of the Franco-Prussian War in 1871. 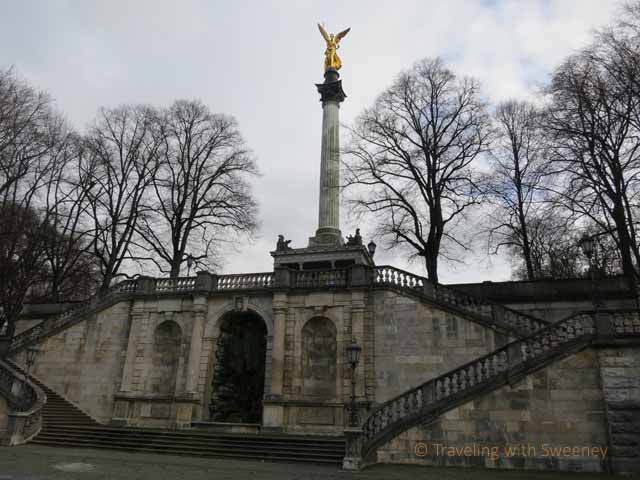 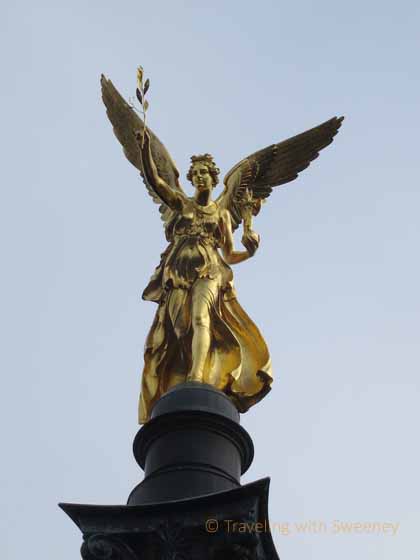 After spending some time strolling through the park, I crossed the Isar again heading back to Old Town. Before long, I came across another interesting and unexpected sight — the daring surfers of the Eisbach!

This is my contribution to Travel Photo Thursday at Budget Travelers Sandbox.

56 thoughts on “An Angel and Street Art in Munich”