As we began a three-month stay in New York a few years ago, I looked forward to all the time I’d have to enjoy the city. I had been there on many short trips before and a number of times after, but this was a chance to feel like a Midtown New Yorker! 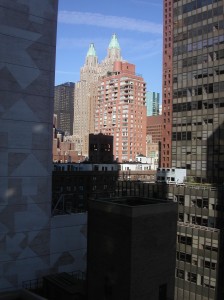 Our temporary home was a one bedroom apartment on East 47th Street between 2nd and 3rd Avenues in the Turtle Bay area of Midtown East. Standing on our 19th floor balcony, we could see the famous Waldorf Astoria Hotel to the northwest, while listening to the sounds of the city all around us. Our building’s rooftop garden provided expansive city and river views. Less than a block away at 2nd Avenue, Dag Hammarskjold Plaza was a busy site with frequent organized protests and speeches. Many of the residents in our building were people who had come from all over the world to work at the nearby United Nations headquarters. In the halls, lobby, neighborhood restaurants, and just walking down the street, I heard many different languages spoken. 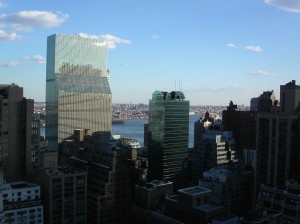 Living Like a Local During Our Stay in New York

We love to take road trips, but during our stay in New York it was nice to be car-free in our daily life. Anywhere we wanted to go could be reached by walking or public transportation, even outside of the city. To attend a meeting in Boston, we took Amtrak’s Acela Express, a comfortable and convenient trip of under four hours from Penn Station.

Our daily activities became New York experiences. To get to our health club on E. 59th Street, we crossed Park Avenue and never tired of seeing the beautiful boulevard with miles of exclusive office and apartment buildings to the north and the imposing MetLife building to the south. Routine errands or shopping trips took us by landmarks like Grand Central Station, the Empire State Building, and the Chrysler Building. There were many opportunities for serendipitous moments, such as coming across movie sets and becoming spectators at events like the Greek Independence Day Parade after going for a run at Jacqueline Kennedy Onassis Reservoir in Central Park. 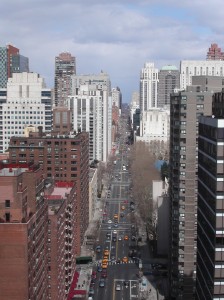 On weekdays while my husband was working, I enjoyed exploring neighborhoods ― Greenwich Village, Soho, Chelsea, and Tribeca. In Gramercy Park, I stopped for lunch at Pete’s Tavern, where O. Henry wrote Gift of The Magi at his favorite booth. On the Upper East Side, I went to exhibitions at the Whitney Museum of American Art and the Frick Collection. On a walk north on 1st Avenue, I discovered the Roosevelt Island tram at 59th Street, which is a quick aerial ride over the East River to Roosevelt Island, an unexpectedly quiet residential community with a lighthouse, park and terrific views of Manhattan across the river. 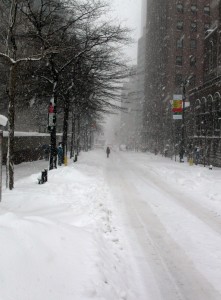 In mid-February the biggest snowstorm in New York City history dropped a record 27 inches of snow during the night. The next morning, we happily made our way through the nearly deserted snow-buried streets toward Central Park which had been turned into a winter wonderland. In the park, many people had come out to experience the beauty and fun, some of them on cross-country skis. The next day, with a bright sun glistening on the snow, I came back and took more photos of the scenery, ice skaters and tourists in carriages. 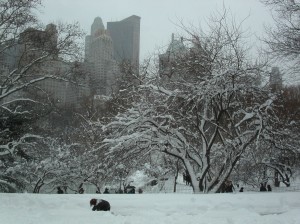 St. Patrick’s Day was a great time to be in New York. We were right up front at the parade on 5th Avenue and had a lovely talk with a tourist from County Clare who was thoroughly enjoying it. Living close to several Irish pubs on 2nd Avenue was also a lot of fun. We made our way through the crowd at Clancy’s where we had a few pints of Guinness and friendly conversations. 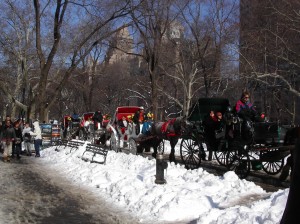 Our last full day in New York was Easter, a day that started at St. Agnes, a church with an interesting and diverse international congregation, then breakfast at our regular diner, Morningstar on 2nd Avenue, the Easter Parade and a subway ride to The Cloisters (at 190th Street), a branch of The Metropolitan Museum of Art. It’s located in a quiet setting overlooking the Hudson River and seemed a perfect spot to be on this sunny Easter with blossoms all around. Reconstructed in the 1930s from the architectural elements of medieval abbeys, it contains a fantastic collection of medieval European art and religious artifacts.

The three wonderful months of our stay in New York City were sadly over in a New York minute.

35 thoughts on “Three Months in a New York Minute”