Who doesn’t enjoy a boat ride on Toronto Harbour a glorious sunny day? 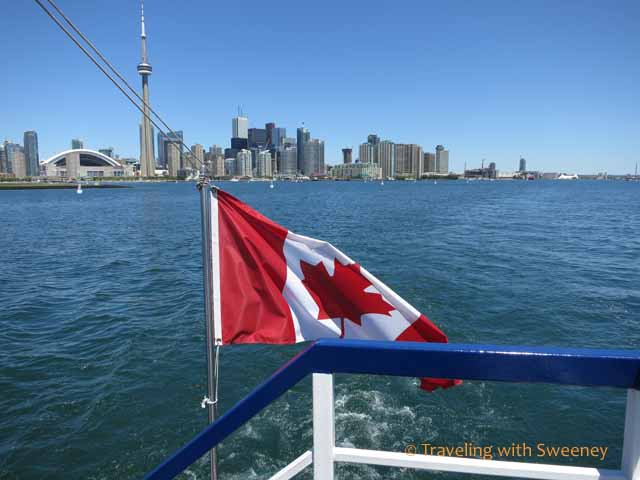 How About a Tour Boat on Toronto Harbour? 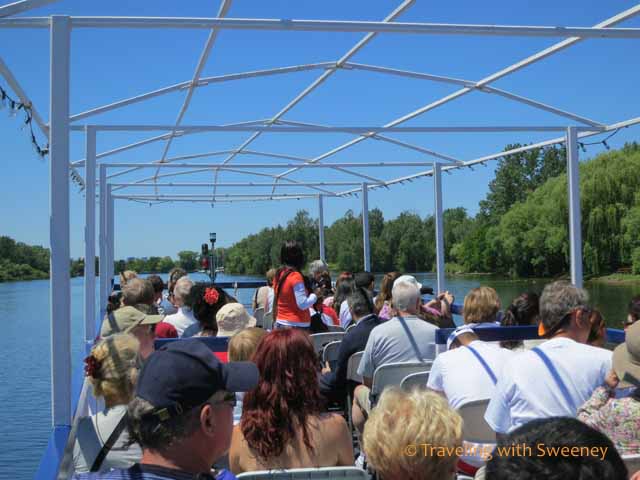 My Fellow Tourists on the Harbour Star

As I was exploring Toronto’s Harbourfront Centre, I noticed tour boats docked at the pier. Sometimes, boat tours and even those hop-on hop-off bus tours can be the right thing to do. I just don’t like to wait in line or spend a lot of time on them. When I learned that the Harbour Star was just about to leave for a 45-minute tour through some of the lagoons and canals of the 14 Toronto Islands, I bought a ticket and climbed aboard. 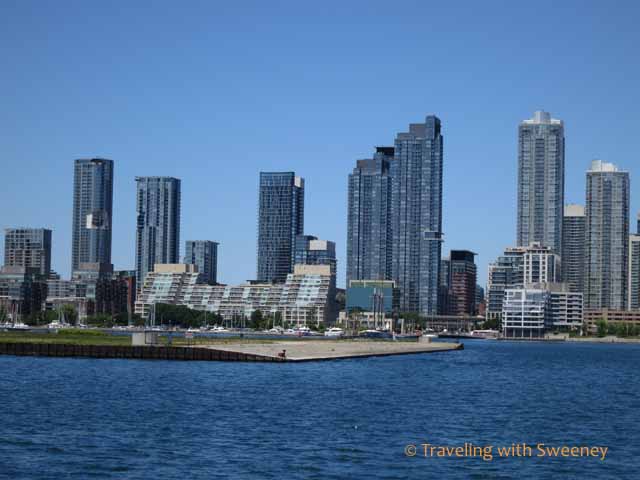 Location, location, location! There isn’t a shortage of condominium developments in Toronto and these along the waterfront seem to have met that classic real estate requirement of having a great location. King’s Landing is the building with the staggered level pyramid shape on Queens Quay. 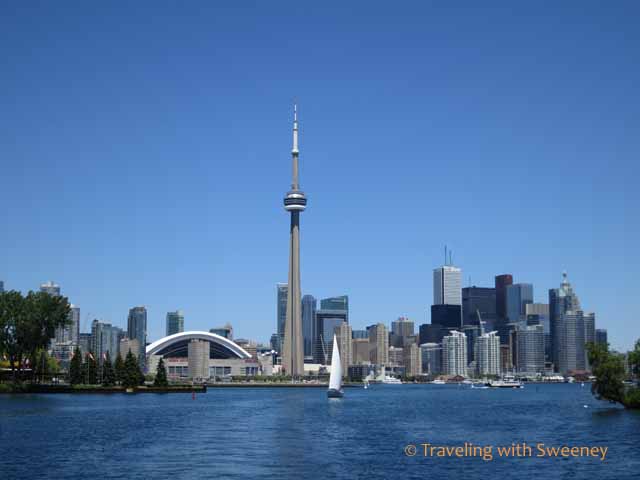 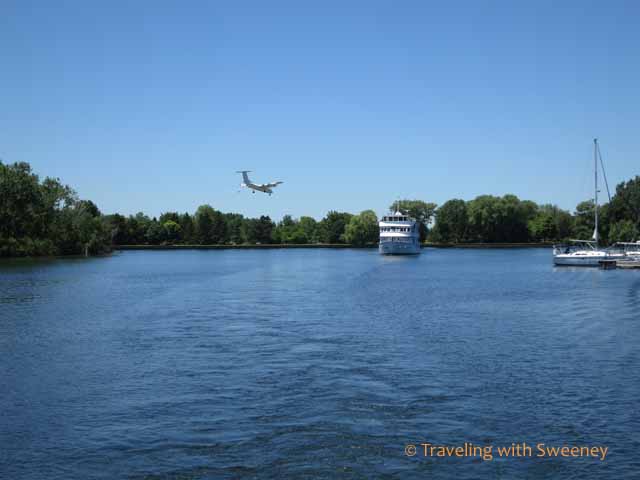 This might look a little scary, but it’s just a plane coming in for a landing over Hanlan’s Point to Billy Bishop Toronto City Airport.

Toronto has an island airport that has flights to over 15 cities in Canada and the United States. It’s named after Billy Bishop, a Canadian fighter pilot hero of World War One. To get to the airport from the mainland, you take a 90-second ferry ride. According to the Guinness Book of World Records, that is the shortest scheduled ferry ride in the world. There are now plans to build a tunnel to the airport as well. 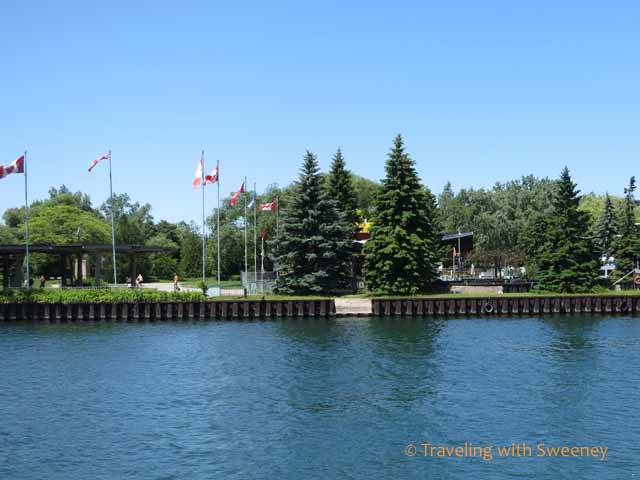 Hanlan’s Point is named for the the Hanlan family that settled on the Toronto Islands in 1862. Our tour guide told us a couple of interesting things about the area as we passed Hanlan’s Point Ferry Dock. There are plaques at the dock to commemorate Babe Ruth’s first home run as a professional player. It happened nearby at what was Hanlan’s Point Stadium on September 5, 1914. She also noted that there is a popular clothing optional beach located on the point. However, willow trees blocked that view as we sailed along. 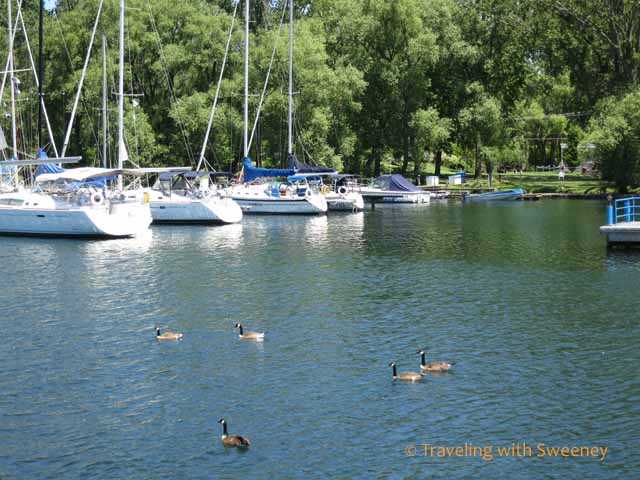 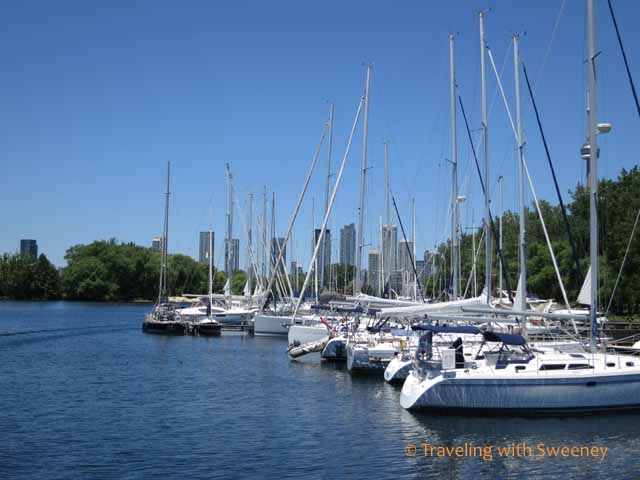 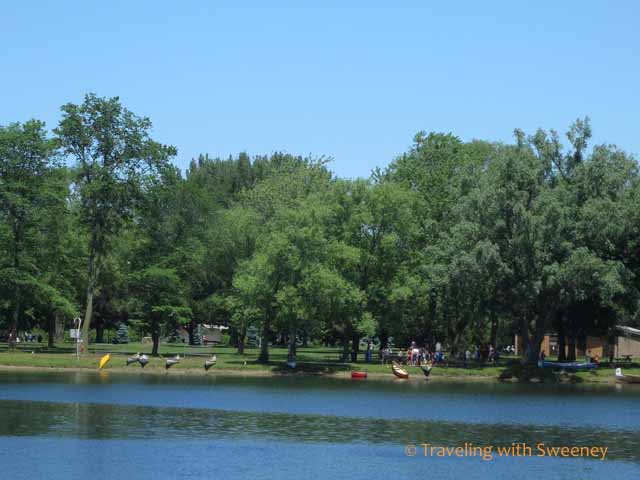 Kayaks Along the Allan A. Lamport Regatta Course 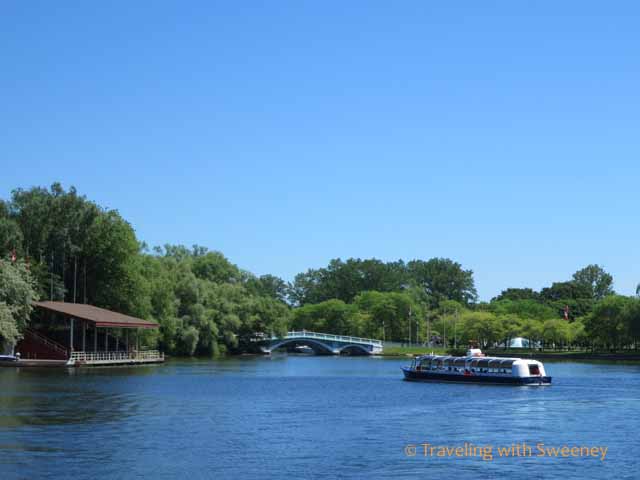 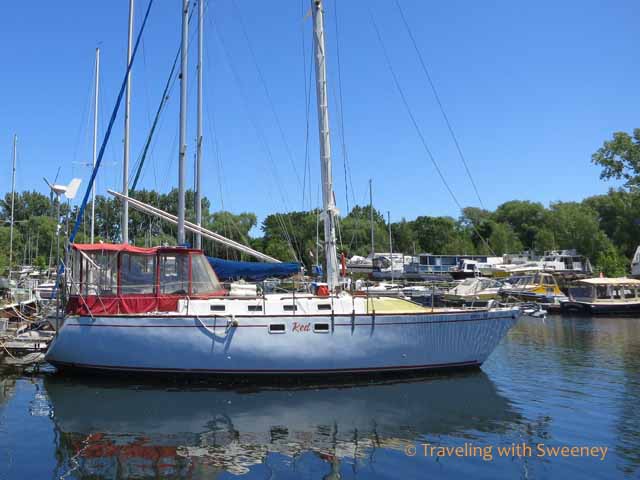 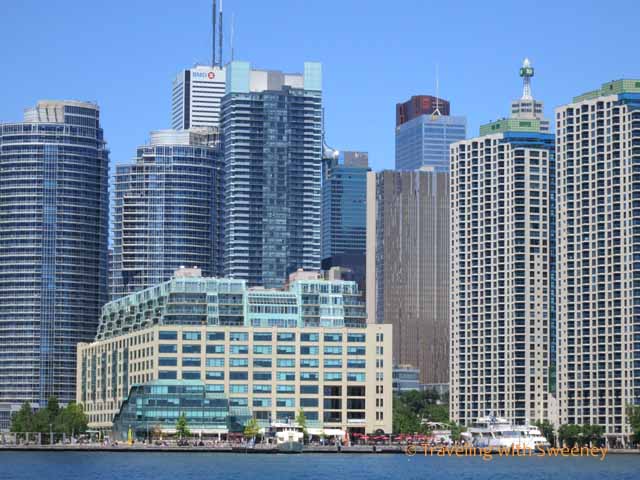 The Boardwalk at Queens Quay Terminal

This tour gives just a glimpse of the islands as seen from the Harbour Star and was just right for me that day. There are other boat tour options and ferries from the mainland docks to Centre Island. There you can disembark to enjoy an amusement park, concession stands, and all kinds of recreational activities, like biking and boat rentals. Sounds like a good way to spend a summer day!