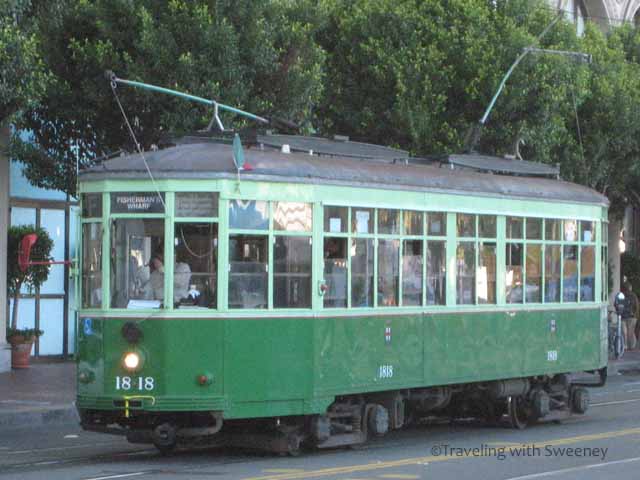 San Francisco has two types of vintage transportation in operation today. A ride on the city’s famous cable cars is high on the list of most visitors. People love to stand on the running boards as they travel up and over the hills while a gripman rings the familiar bells. But also interesting and fun to experience are the city’s fleet of vintage streetcars from around the world. 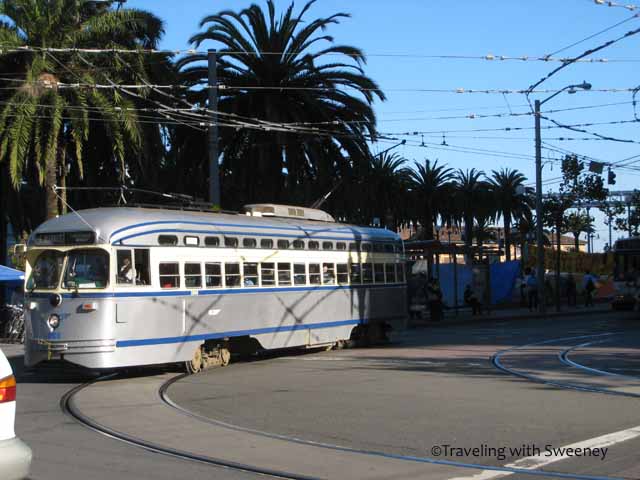 These “museums in motion” run on the F-line along the Embarcadero to Fisherman’s Wharf and down Market Street to the Castro District. 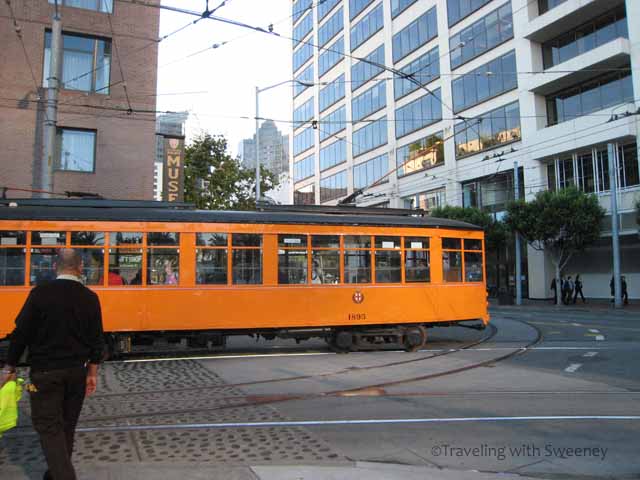 In 1892 the first streetcars in San Francisco began operating south on Steuart Street from Market Street. Service reached a peak in the 1920s with 50 lines in operation, but by 1982 the last of the lines went into the subway system and the streetcars were retired. 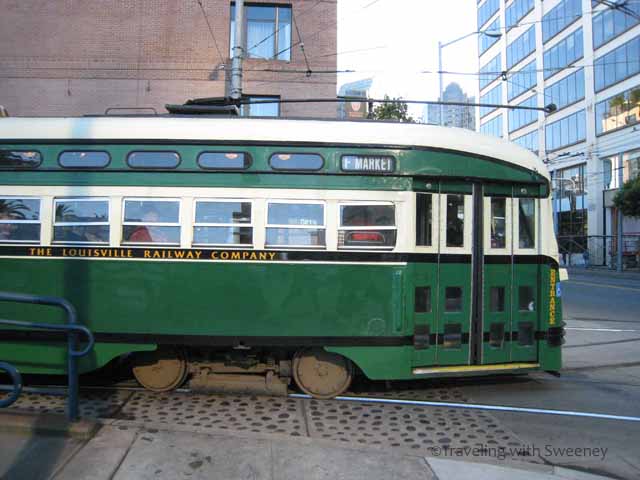 A resurgence of the streetcar began in 1983 when Mayor Dianne Feinstein and business leaders introduced the Historic Trolley Festival. The festival brought vintage streetcars from around the world to San Francisco. It was supposed to be a one-time event, but was so popular that it was repeated and eventually led to full-time operation of the F-Market streetcar line in 1995. In March 2000, the F-line expanded service along the Embaracdero to Fisherman’s Wharf. Up to 20 of the fleet are in operation every day. 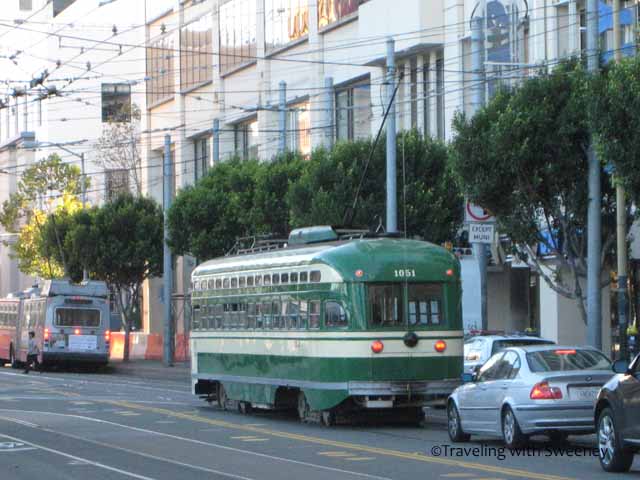 The San Francisco Railway Museum is a small visitor center that complements the actual experience of riding on one of the streetcars. Inside you’ll find souvenirs, historic information, old railway system artifacts, and a replica of the motorman’s platform of a 1911 streetcar. It’s located at the Steuart Street F-line stop near the Embarcadero, across from the Ferry Building. Admission is free. 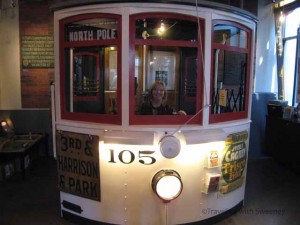