This schoolhouse in Old San Simeon along California’s Central Coast is a humble contrast to the opulence of Hearst Castle on top of the hill behind it. The one-room school was built in 1881. 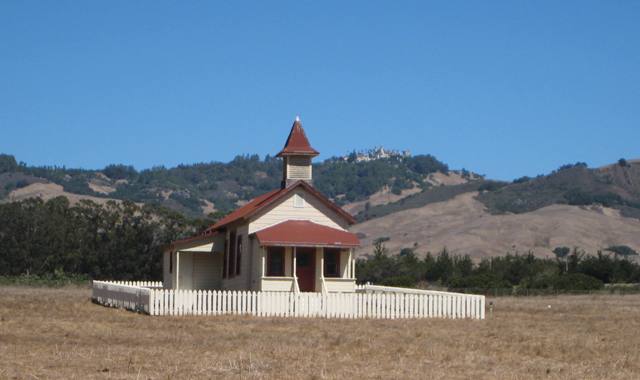 When newspaper publisher William Randolph Hearst built his estate in the early 1900s, he was inspired by the castles and art he had seen on a European trip as a child. 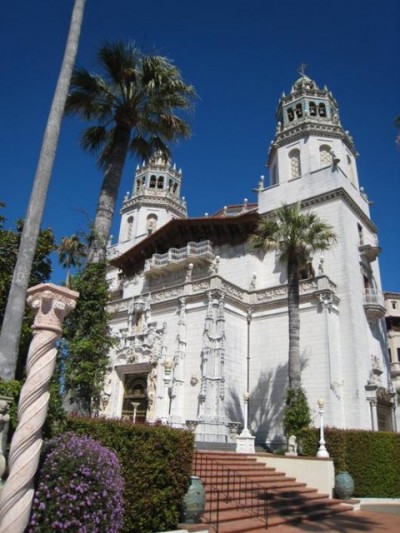 The architecture of the main house, Casa Grande, and the three surrounding guest bungalows is Mediterranean Revival style. 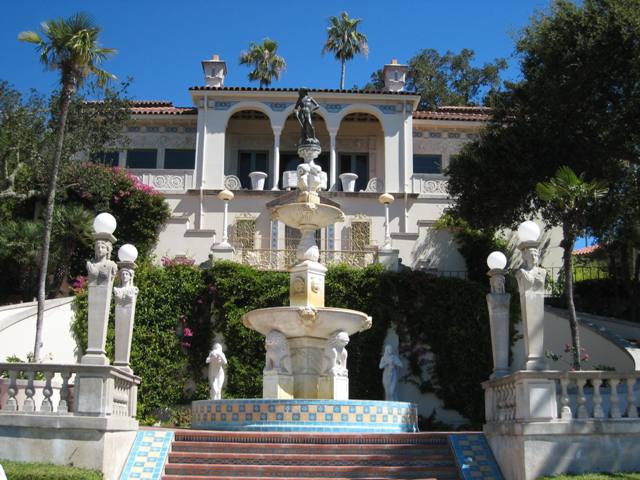 Each building is decorated with a large collection of European art and ancient artifacts, which were among Hearst’s passions.

He also loved to swim, and there are two pools at the estate. This Roman-style indoor pool is decorated with floor to ceiling mosaic tiles. 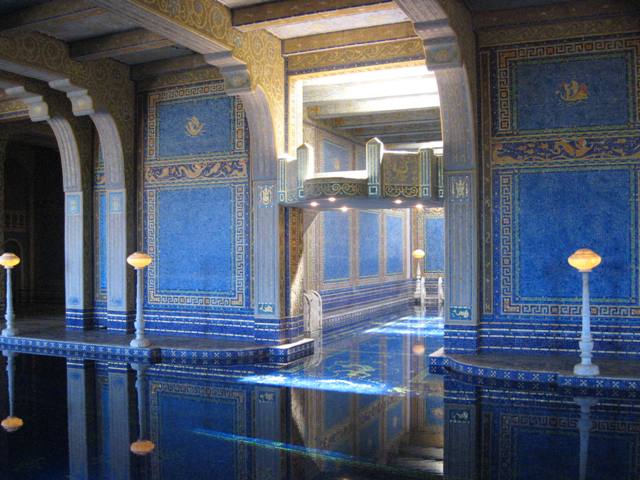 The Greco-Roman style outdoor pool was rebuilt twice until the third met with Hearst’s approval. 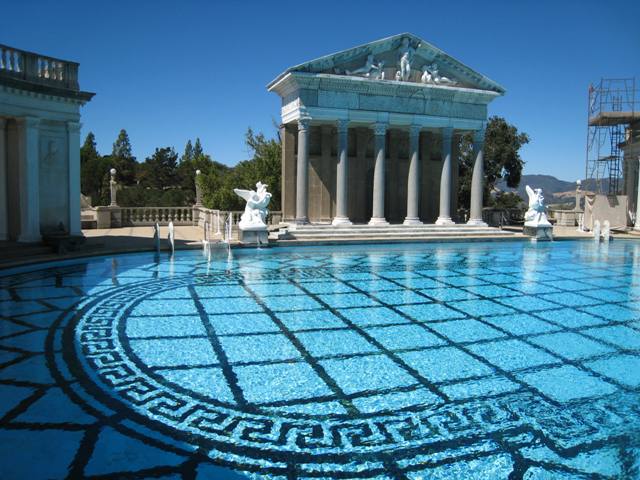 Several tours are available of the luxurious main house, guest houses and grounds. The Grand Rooms Tour is recommended for first time visitors and is about 45 minutes. Afterwards, the grounds can be toured at your leisure. The ticket also includes a 40-minute movie at the visitor’s center that tells the story of the castle’s construction and the work of architect Julia Morgan. It also shows several of Hearst’s notable guests. 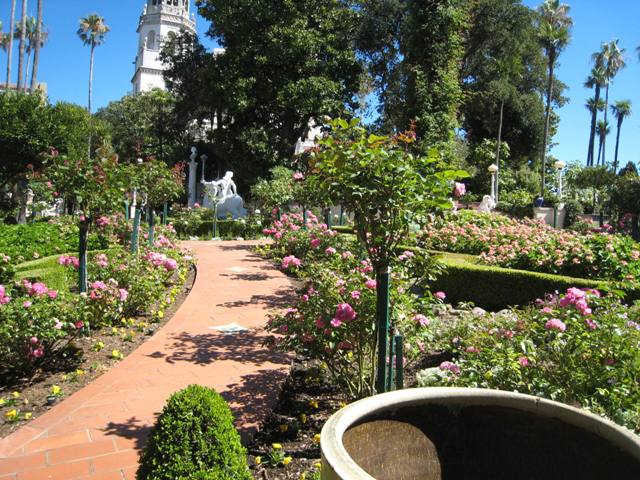 33 thoughts on “From Humble to Hearst Castle”