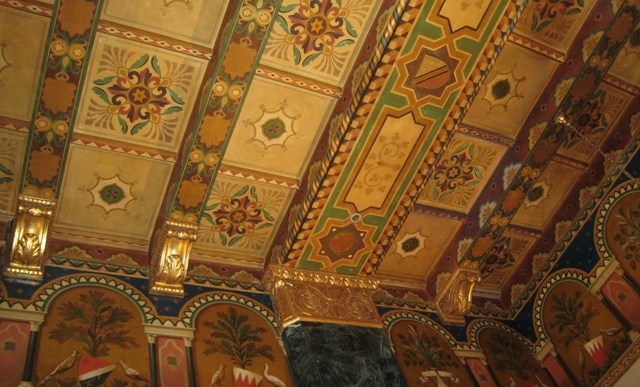 This elaborate hand-painted ceiling is in the lobby of the Hunter-Dulin Building at 111 Sutter Street in San Francisco, a key point of interest on the architecture walking tour I took last week. Years of cigarette smoke build-up had kept the mural hidden until it was exposed by extensive cleaning in 2005. 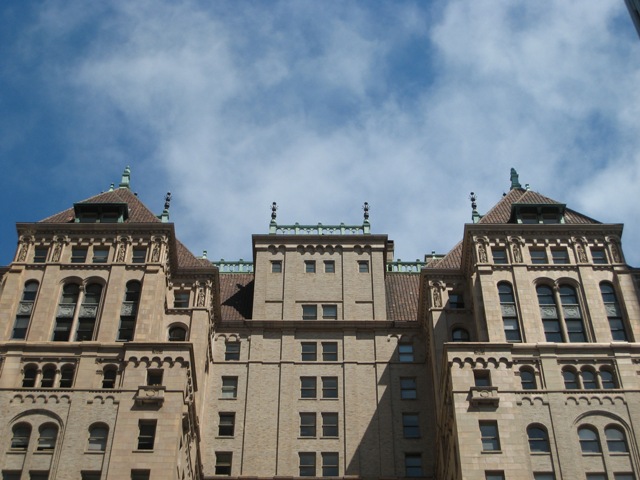 The building was designed in a combination of French Château and Romanesque styles by Schultze & Weaver, the architects who designed the Waldorf-Astoria Hotel in New York. It does seem to resemble a grand hotel rather than an office building. 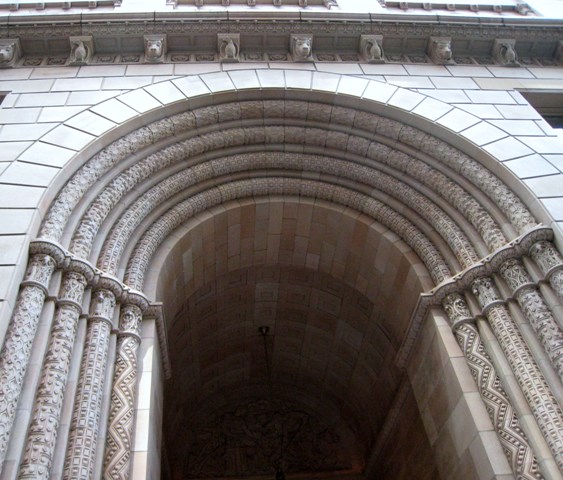 Among other high-profile tenants who have walked through the intricately detailed entrance, 111 Sutter was the West Coast headquarters of NBC from 1927 to 1942. 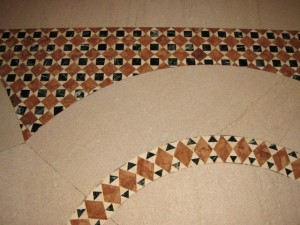 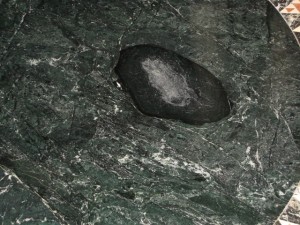 The marble floor is another example of the opulence of this lobby. In days gone by, an elevator captain would stand in the center of the lobby and direct people into one of the six elevators. From years of pivoting in place, the marble is worn in the spot where he stood. 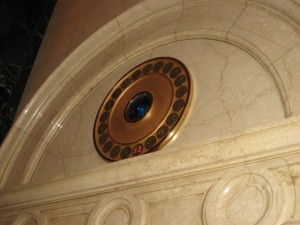 What’s the connection to Sam Spade, Dashiell Hammett’s detective in novels such as The Maltese Falcon? Hammett chose 111 Sutter to be the fictional location of Sam’s office — on the fifth floor.

44 thoughts on “Sam Spade Was Here”