Should you take shore excursions on a Viking cruise?

Of course! During our three river cruises and one ocean cruise (so far), we’ve taken every opportunity to see the sights and have special cultural experiences when at port. The guided tours in each destination provided a good overview of key highlights in each city while still providing free time for our own sightseeing. On each cruise, Viking offered tours that are included in the cruise fare as well as many optional tours at an additional cost.  Some passengers may like to just stay on the ship to relax and partake in onboard lectures and activities, but since Viking cruises are very destination-oriented, there is much to be discovered at each port. 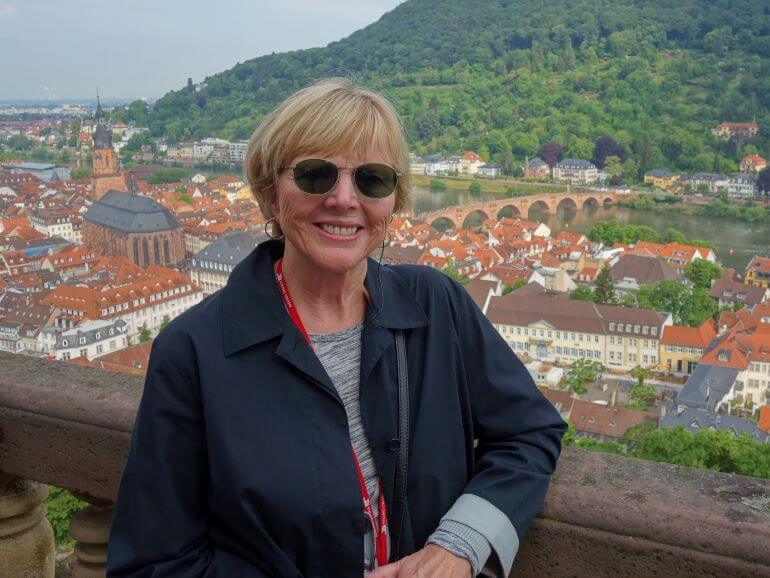 At Heidelberg Castle on a panoramic tour

Each of the included tours that we’ve taken has given us a great introduction to a place. On panoramic coach tours or in-town walking tours, our guides have provided insights on history, background, current events, and local culture. Panoramic tours will allow some time at landmarks and at vista points for photo opportunities. Most often, we’ve also had time to explore on your own before getting back on the coach to return to the ship.

We found the local Viking guides (on included and optional tours) to be fun, knowledgeable, and proud of their cities and/or regions. They are locals who know the destination and have insider perspectives that they can share. In our experiences, they’ve also had engaging personalities and senses of humor. Viking Cruises does a great job of running a smooth process and transporting everyone on their comfortable coaches to tour locations or on scenic drives. 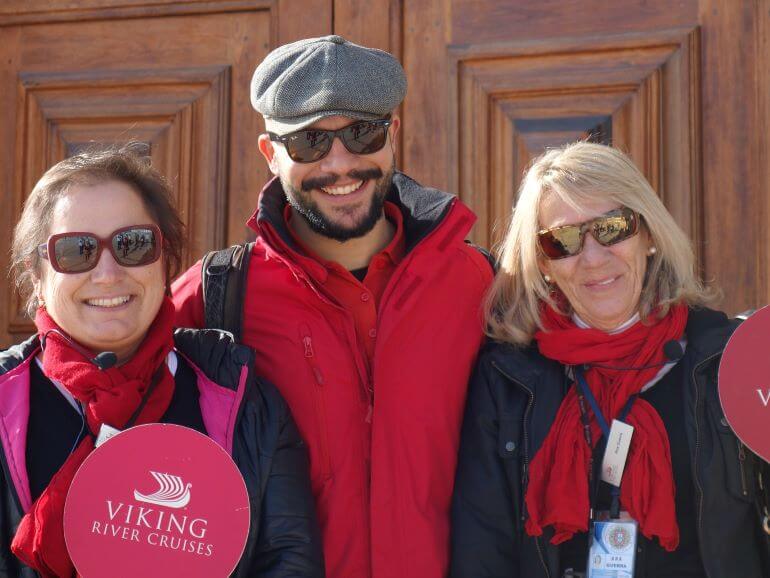 Although taking only included tours can still make for a fulfilling cruise (in my opinion), you should consider optional cruises and make decisions about whether and which to take any based on your interests and budget. The groups are often smaller and the excursions typically focus on more in-depth experiences, including under-the-radar attractions, historical perspectives, and cultural immersion. Privileged access to sites is often provided, too. Some examples of the recreational, cultural, and culinary experiences include bike tours, small boat tours, hikes, wine tasting, cooking classes, concerts, and dance performances. 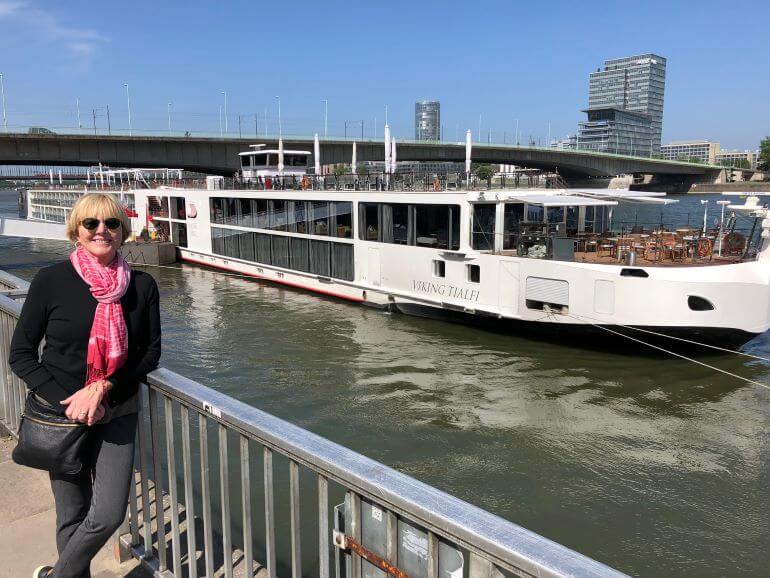 Ready for a walking tour of Cologne, Germany 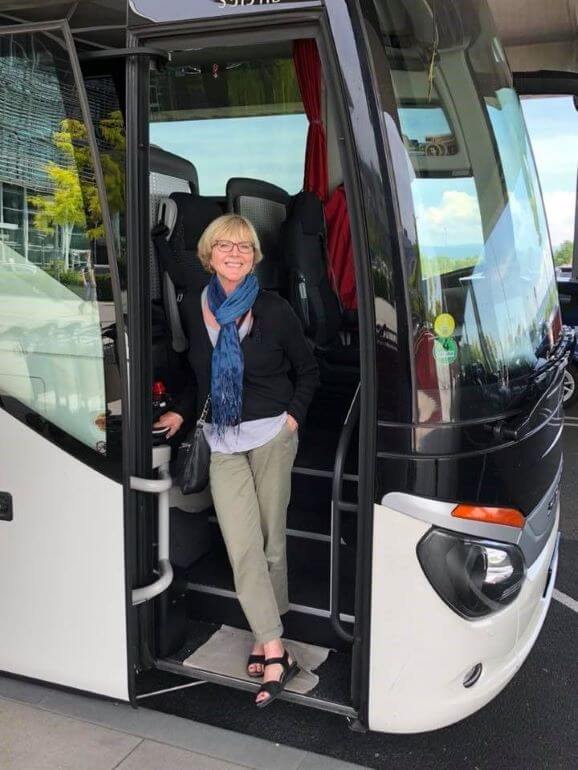 On one of Viking’s comfortable coaches

I’ve compiled below a few photos and excerpts from previous posts (with links for more information) about some of the optional excursions we particularly enjoyed. I hope they’ll give you some inspiration about selections you might consider on these or similar cruises. Specific tours  may change by cruise season, so there may be different options on the current cruise itineraries. 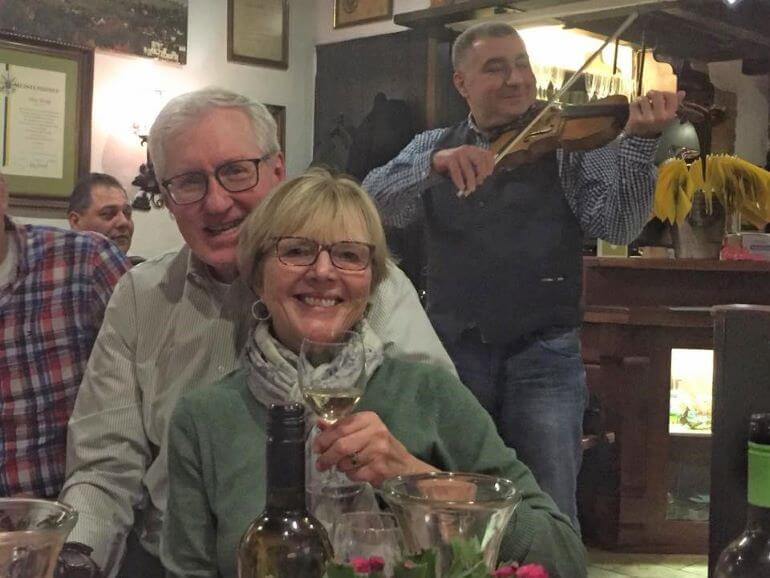 An optional Viking excursion in Vienna, the “Heurigen Evening” provided a high-spirited authentic Viennese gemütlichkeit experience. A shuttle from the ship took our small group of five couples and our guides to the city’s 19th district where numerous vineyards are located with their wine taverns called Heurigen. The Heuriger became part of Austrian culture in the 18th century when Emperor Joseph II proclaimed that anyone who made their own wine could sell it to the public in their establishments. — Good Cheer and High Spirits in Vienna 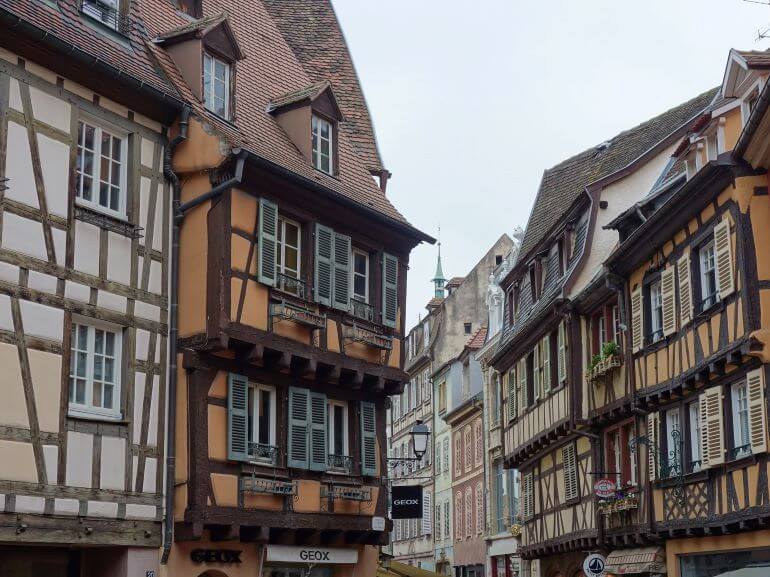 We’re so glad that we took an optional excursion into Colmar, France. Such a charming city center with colorful old buildings like these. There’s much World War II history to explore here, too. — A Rhine River Cruise Getaway 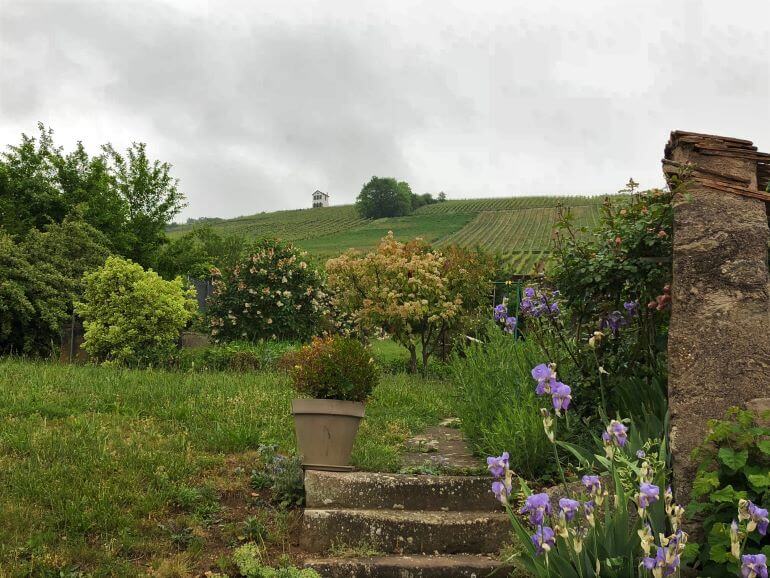 During our Viking River Rhine Getaway cruise, we got a chance to experience some of the flavors and characteristics on both sides of the Rhine. A favorite activity for me was an Alsatian wine tasting excursion. It was our first visit to this area of France, and we were enthralled — even a little surprised — and even overcast weather did not darken the day or our enthusiasm. — Wine on the Rhine: A Taste of Alsace

Sailing along Northern Portugal’s Douro River was our very first river cruise experience and we were quickly convinced that this was a wonderful travel option. 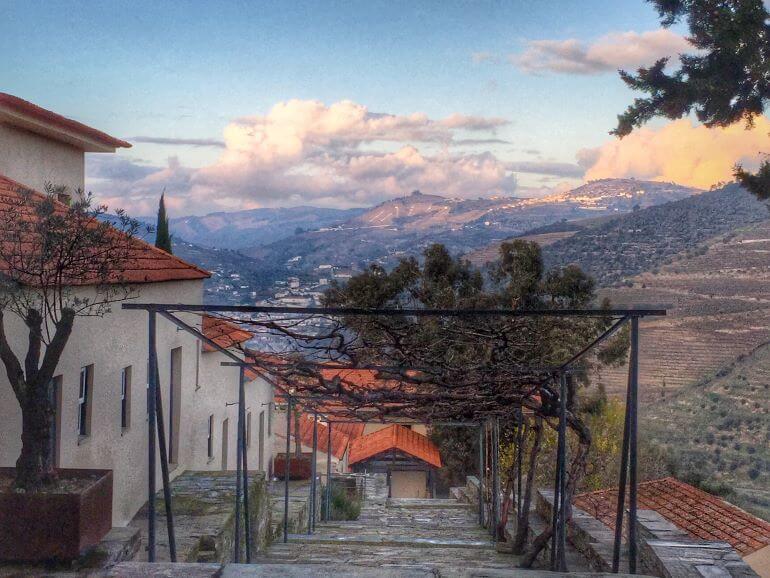 The sweet grapes used to make authentic port wine, Portugal’s most famous export, are only grown in the Douro Valley. There are many styles of port, several of which we sampled at wine estates throughout the Douro region and on board the Hemming. — Cruising Portugal’s River of Gold: Our Favorite Things 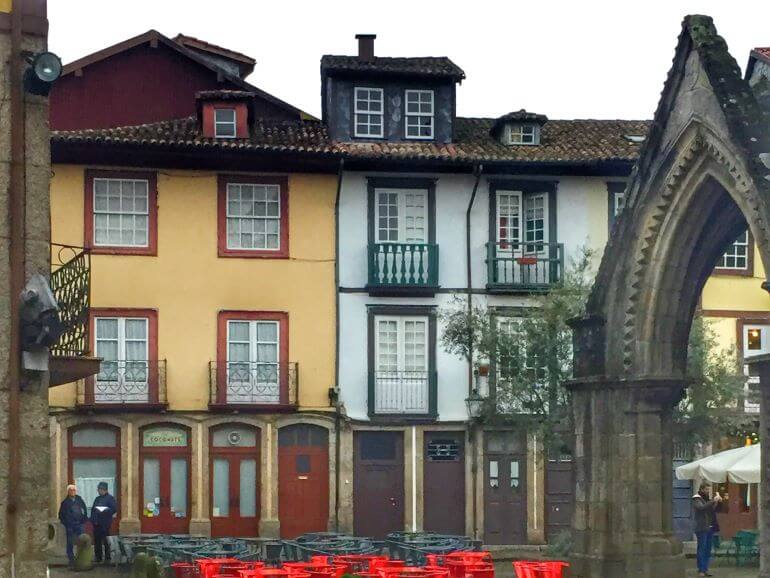 The city of Guimarães in Northern Portugal was the country’s first capital and the birthplace of Portuguese national identity. The city center of Guimarães was designated a UNESCO World Heritage Site in 2001 and there are many monuments and museums attesting to this history. But Guimarães also has a contemporary side with a thriving modern culture and economy. — Medieval Guimarães: Portugal’s First Capital 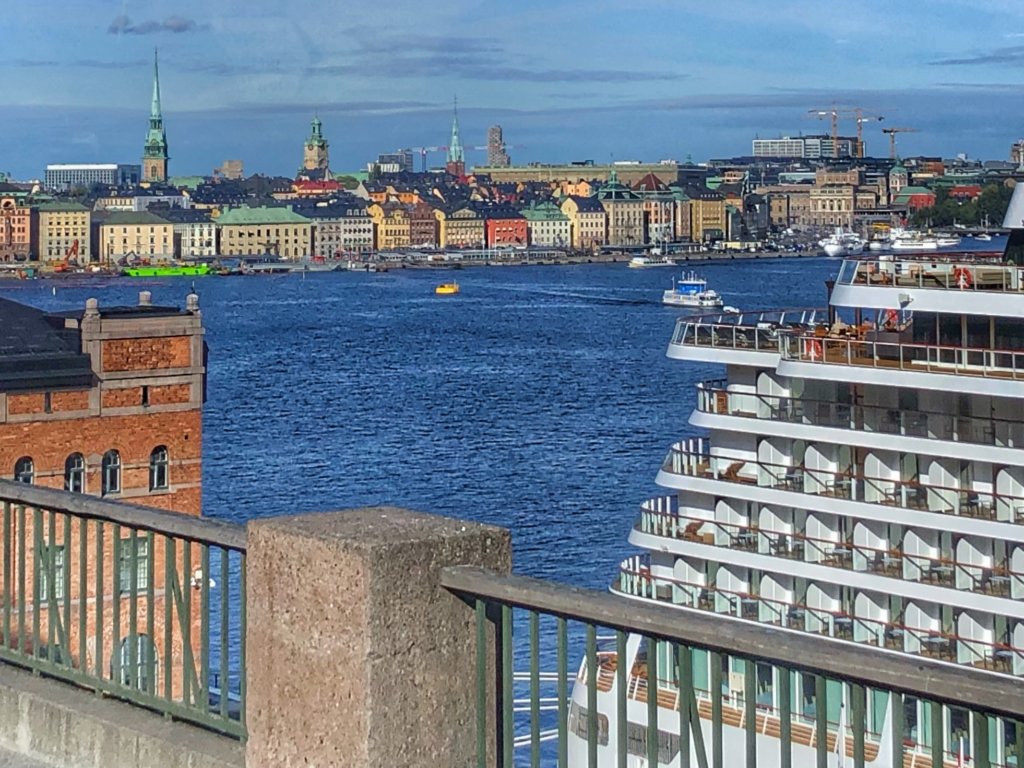 View of Viking Jupiter and Stockholm skyline on a panoramic tour

St. Petersburg by Metro and on Foot 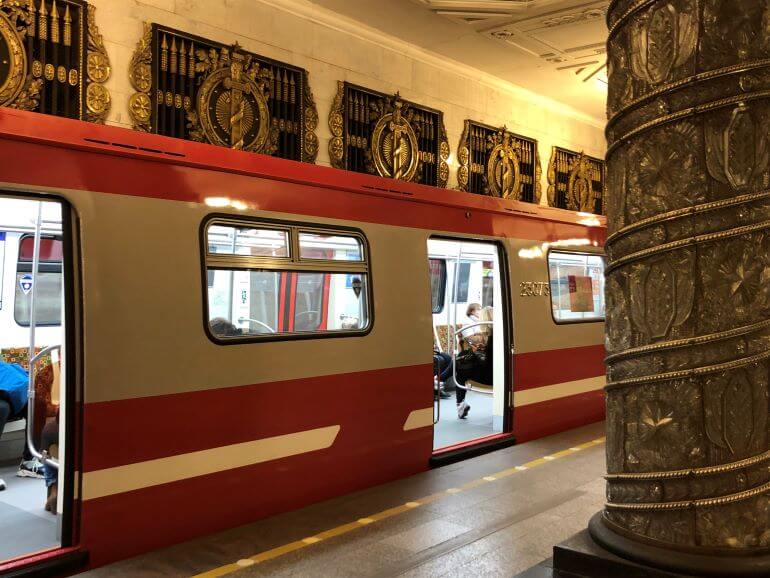 I’d heard about the St. Petersburg Metro System and looked forward to going on the “St. Petersburg by Metro and on Foot” excursion. We rode the Metro from Avtovo Station (considered by many to be one of the most beautiful stations in the world) to Nevksy Prospekt Station with transfers in between. 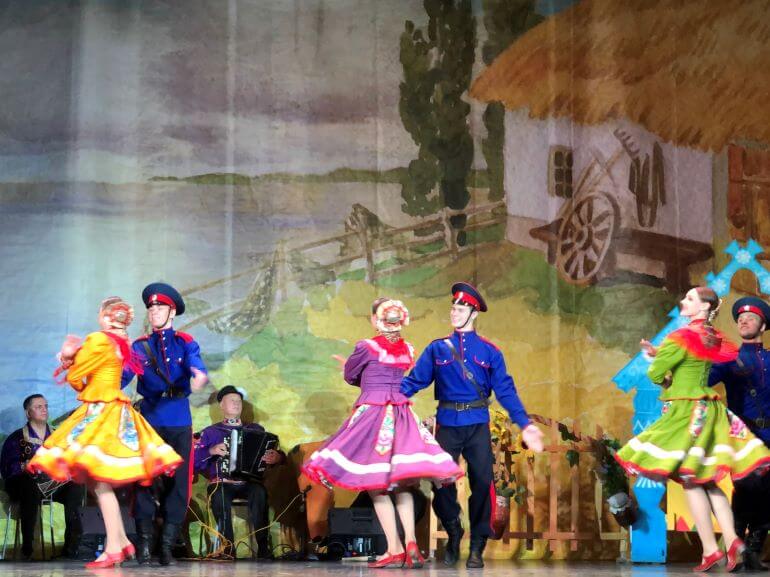 St. Petersburg is a cultural capital and renowned for its famous musicians, dancers, and writers.  The heritage of traditional folk music and dances is key to the culture and passed down through the generations. We enjoyed “Russia in Fairytales” performed at Youth House on Vasilyevsky Island (the performance venue varies) during the “Russia’s Native Songs and Dances” shore excursion. 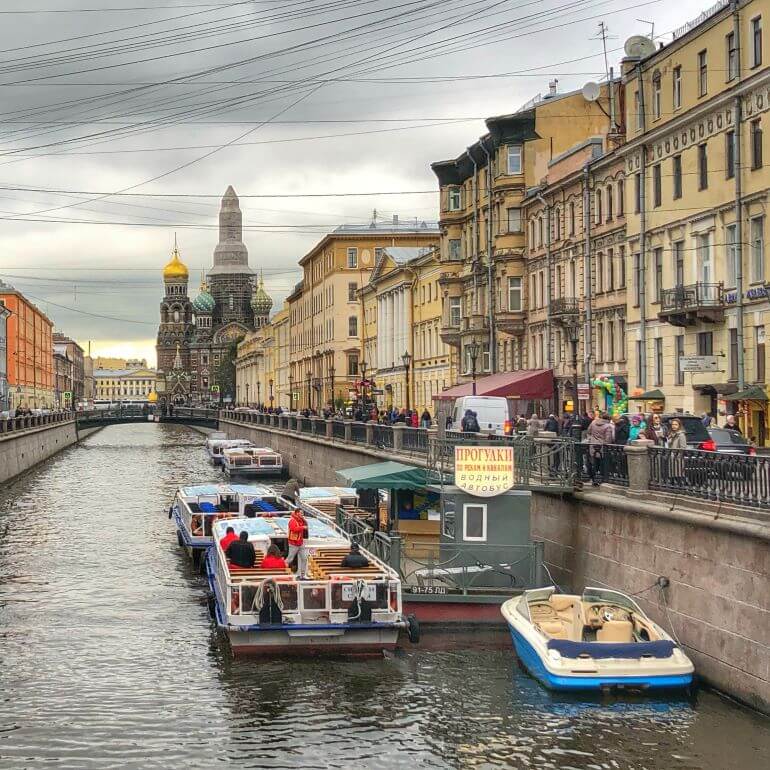 Boats on a canal in St . Petersburg, Russia

St. Petersburg is nicknamed the “Venice of the North” for its rivers (the Fontanka, Moyka, and Neva), canals, and decorative bridges crossing them. In the summer, visitors can actually float on Venetian-style gondolas on the city’s canals. Our canal and river cruise excursion also included a visit to two stunning churches — the Church of the Saviour on Spilled Blood and St. Isaac’s Cathedral.

If you can extend your trip, either before or after the cruise, Viking has organized options. Thus far, our schedules haven’t allowed us to do that, but we always wish that we could. We’ve talked to many fellow passengers who expressed satisfaction in the extensions they had experienced.

Do you enjoy shore excursions when you cruise? Have a few favorites to share?

Disclosure: Viking Cruises has sponsored our wonderful cruise experiences, but our opinions and perspectives are totally our own — as always.

5 thoughts on “Viking Cruise Shore Excursions: Should You Take Them?”