Over the years, I’ve visited historic cemeteries, sought out sights that have mysterious reputations, and sometimes found myself in scary spots just by chance. These places are especially appealing if the weather is dark and stormy. I never expect to be a really frightened traveler who has paranormal experiences and fortunately, that’s been the case – mostly. Several of these places still give me a shiver whenever I think of them, especially around Halloween.

Confessions of a frightened traveler 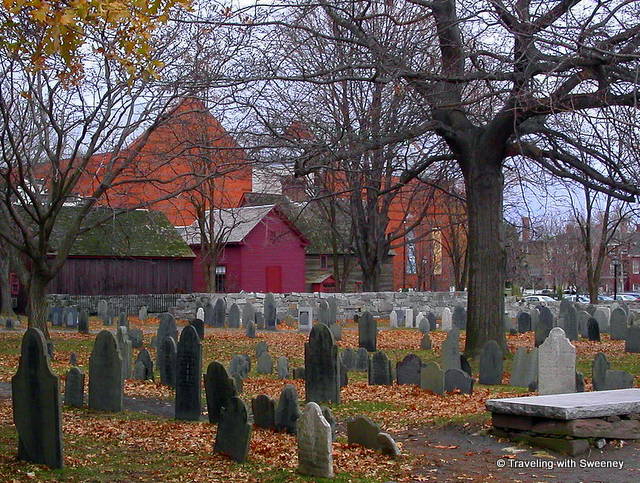 I visited Salem, Massachusetts, famous for the 1692 witch trials, on a blustery November day. Although witch-related tourism is a big attraction, the town was very quiet since I was there off-season. I relished the eerie feeling as I strolled through the cemetery viewing the centuries-old gravestones, including those of several of the judges in the witch trials. The eerie feeling increased when I entered the Salem Witch Museum which was empty except for the attendant behind the museum shop’s counter. However, the mood quickly became too unsettling, and with the foreboding dark entrance to the exhibits, I hurried to get out of there, deciding not to take the tour. It was getting dark and I still hadn’t found the gallows where the “witches” were hanged, so I asked directions from a few people I passed while walking along the main street of town. It seemed odd that nobody could tell me where to find them. It was as if the townspeople just wanted to forget that part of their history. I dropped the idea and made my way for the train station, feeling relieved to put the disquieting Salem behind me and head back to Boston. 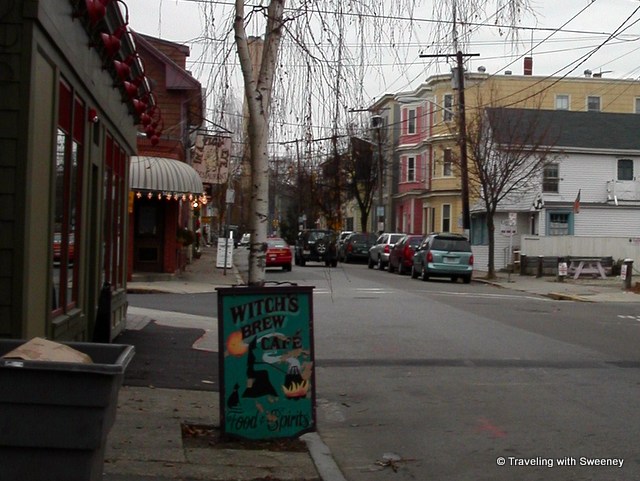 Embarrassingly, one experience that frightened the daylights out of me was an exhibit at a popular tourist attraction. On one of our visits to London, Madame Tussaud’s Wax Museum (just down the street from our hotel) was surprisingly devoid of the usual long lines, so we decided to take a tour. While enjoying the wax figures of celebrities and other famous characters, I had no reason to expect that a fright was just around the corner. Even with the warnings at the entrance of the Chamber of Horrors, I didn’t seriously believe it would be such an intense encounter with supposed serial killers who surrounded and reached out toward us in the darkness as we searched for a way out. I spent most of the time holding onto my husband with my face in his back, eyes closed and screaming to be let out! 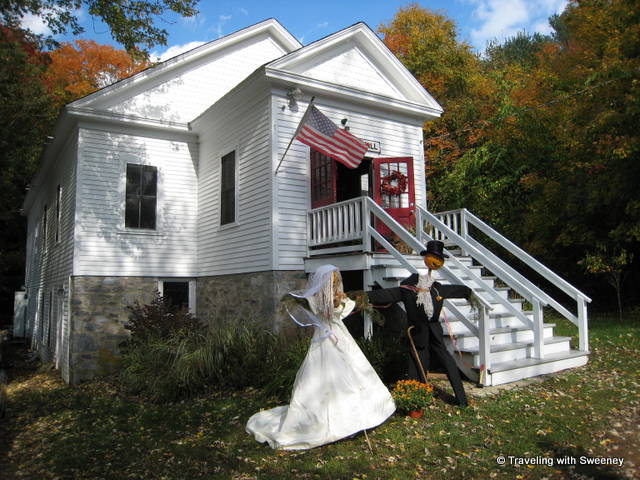 Several years ago, we attended a wedding in Hadlyme, Connecticut, a perfect time to be there to enjoy the gorgeous colors of the season. The town’s Public Hall is in a secluded spot near the Connecticut River, providing a great setting for the wedding. Although I didn’t personally encounter any spirits there, the caterers said that they definitely felt their presence in the kitchen during dinner preparation including disruptions such as utensils and dishes being moved around. After hearing the report, I avoided the downstairs kitchen and dining area, but some of you may want to check it out.

Growing up in the Chicago area, I lived not far from a little-known, but still impressive haunted cemetery, Resurrection Cemetery on Archer Avenue in the town of Justice. Some who have lived in the area will tell you that they’ve seen the locally-famous ghost, Resurrection Mary, a pretty blond woman dressed in white, when driving down Archer Avenue at night. When I drive that piece of road even in the daytime, I’m always on the lookout!

No sleep for the haunted

The town of Mendocino is a popular travel destination on California’s northern coast. It is a quaint village, with historic buildings and stunning views of the Pacific Ocean. It is also a place where I spent an unforgettably frightening night many years ago at the Mendocino Hotel. I couldn’t sleep a wink during the night as I listened to the wind blowing outside of our cottage and experienced a chilling feeling that there was a strange presence all around me. I later found out that the hotel was quite well-known for being haunted, but at the time I stayed in one of the cottages, I wasn’t aware of its resident specters.

At a hotel in Placerville, California in El Dorado County, I was quite nervous because I’d read that it was haunted. While checking in at the Cary House Hotel, we asked a staff member about this and she related her personal experiences of having felt the presence of resident ghosts. Others verified that numerous guests had made similar claims over the years, but we were assured that they were friendly ghosts. Our suite was on the 4th floor, which is a newer addition and supposedly not inhabited by spirits. Despite the assurances, I kept a light on all night and I shivered at every sound. I had an uneasy feeling throughout the night that spirits, friendly or not, lurked just outside our door.

Go ahead. Visit and stay in these places … if you dare.

17 thoughts on “BOO! Tales of a frightened traveler”